The Difference Between Pepitas & Pumpkin Seeds

Beneath the white shell is not the pepita you know.

What are pepitas, really? And are they any different from regular ol' pumpkin seeds? Food writer Ali Slagle finds out.

I had this (not brilliant at all) idea to try to shell the pumpkin seeds that were being excavated from our many, many carved pumpkins around the office—the thinking being that hulling the seeds would produce something more workable and multipurpose, namely pepitas (“little seed of squash” in Spanish). Because pepitas are shelled pumpkin seeds, right?

There are a few tutorials online about how to shell pumpkin seeds: Some require a hammer, some a rolling pin, others boiling water, but most warn that it’s a fairly laborious task. It sort of seemed worthwhile, though: With a little elbow grease, I, too!, could turn tough seeds from a carving pumpkin into expensive delicate ones.

After excavating these little seeds from their unyielding white exterior in indeed a really strenuous manner (is this how they do it for mass-produced pepitas?, I wondered), not only did the hulled seeds crumble upon human contact—but they weren’t green like pepitas. They were pale and tasted fine; some roasting might’ve gotten them to a more friendly state—but there was no way they’d hold up under heat. 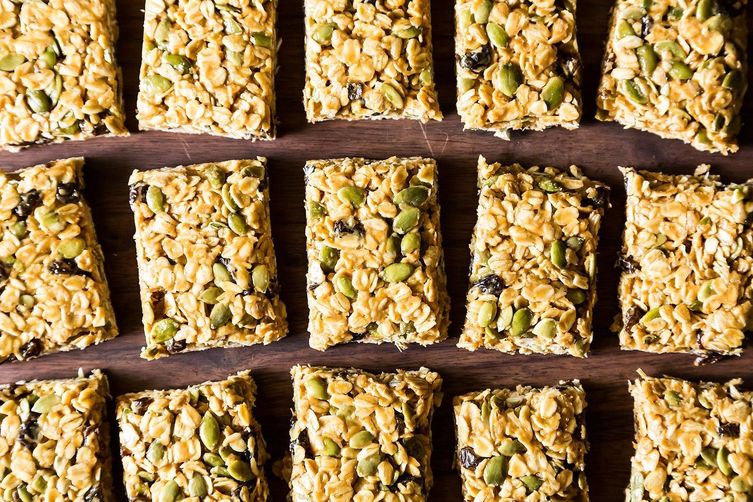 The seeds I did not find beneath the white shells from my carving pumpkins.

Courtney Kokus from Lancaster Farm Fresh explained it this way: “Most of the pumpkin seeds you get from the store come from hull-less pumpkins that have seeds/pepitas without shells.” So pepitas don’t have to be unearthed from an exterior shell; they grow shell-free in the pumpkin—specifically oilseed or Styrian pumpkins—already thin-skinned and green.

In other words, pepitas are pumpkin seeds, but they only come from certain types of pumpkins and don’t require shelling. You could shell the hard white seeds from your carving pumpkins if you really wanted, but, after trying that ordeal once, simply roasting and eating buckets of edible seeds instead now seems especially pleasant. Anyway, pepitas are a good source of healthy fats and make for a tasty snack.

Why bother with it all? 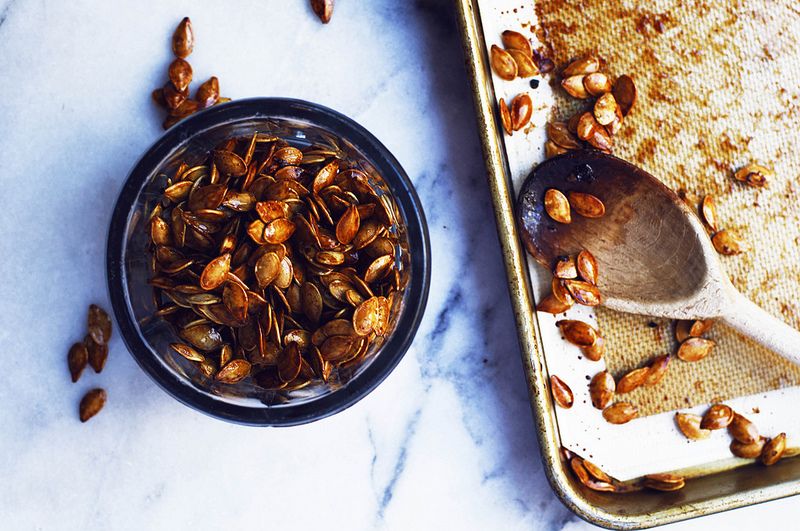 What to Do With Pepitas

What to Do With the Flesh

Ronald M. October 22, 2021
Just eat normal pumpkin seeds whole. It's pointless trying to dehull them. Plus, you get more fiber.

The G. August 23, 2021
Didn’t like the writers start, it’s boring and not straightforward.

Annada R. August 22, 2019
I use pepitas as a replacement for peanuts. Especially for my cilantro chutney!

E. D. October 27, 2017
I personally don't mind cleaning pumpkin seed and roasting them with a small amount of salt. But I like pepitas too.... Interesting information.

foofaraw October 19, 2016
The Chinese pumpkin seeds that I found on Asian market still with their hulls, just larger size. Is that mean their pumpkins is closer to what we as consumer have?

rachiti October 21, 2015
I shall keep the seeds for planting then as I only enjoy the hullless pumpkin seeds. Thank you for the insight.

HRH October 21, 2015
I'm so glad someone finally cleared this up for me!
I tried shelling seeds last year, and I was just as perplexed ;)

Lauris N. September 28, 2020
Pepitas, the green ones come from a specific variety of pumpkin (Styria from Austria) They have dark green seeds which are hulled very easily. This variety is where pumpkin seed oil comes from. I have just bought my first styrian pumpkin seeds to plant this spring.

laurenlocally October 20, 2015
I have long wondered about this and am so glad to know!