If you're a sleep-deprived adult (hi! hello!), you have a morning coffee ritual.

Mine consists of walking by the coffee store near our office—back and forth, several times—until I can convince myself that I don't need the $4 brewed coffee. Head bowed, I head towards the French press, then spend 5 minutes watching the timer intensely. Then I force myself to drink the bitter sludge until I feel like myself and my thoughts are firing at normal speed. 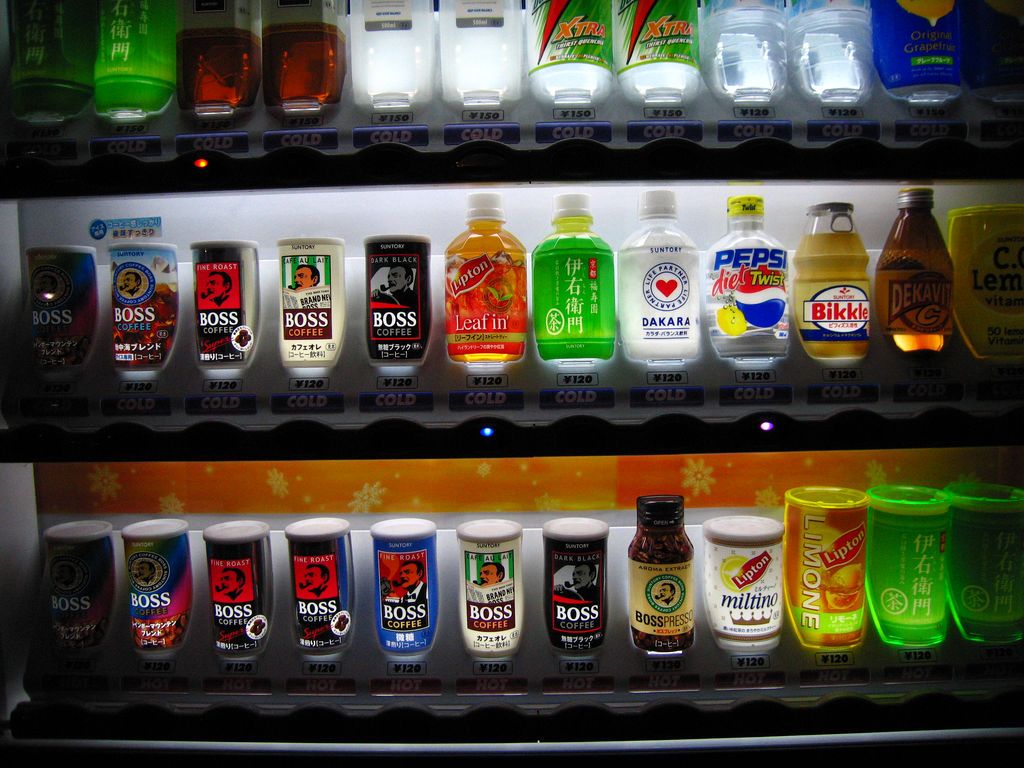 But what if it could be psycologically and physically easier?

In what will be a surprise no one who has seen (or, even better, experienced) the toilets and subway stations in Japan, the Japanese are way ahead of me: All over the country, beckoning from bus stations and street corners and hotel lobbies like beacons in the night, are illuminated vending machines that dispense cans of coffee in a wide variety (hot and cold, sweetened and unsweetened, espresso, café au lait, espresso, as well as a big selection of other drinks like green tea, milk tea, and something called Pocari Sweat, which I never tried).

According to the website "This Japanese Life," canned coffee was invented in 1968 when, as legend has it, the president of Ueshima Coffee Company was late for a train and obligated to return the glass bottle of coffee-flavored milk he’d been drinking. Sadly, he missed his train; happily, the idea for canned coffee came to be. 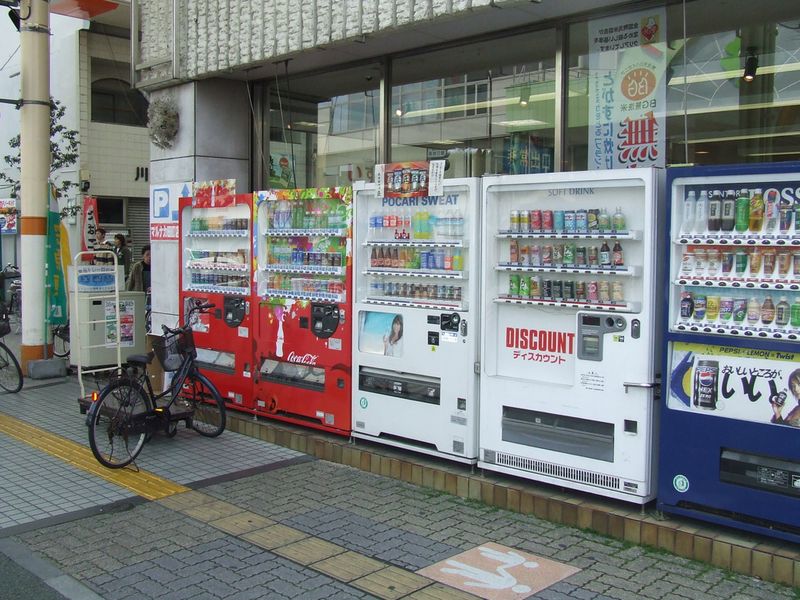 Sure, some claim that all of the cans taste the same (and not good): Kate Beard wrote an article titled Sprudge called "10 Cans Of Japanese Vending Machine Coffee, From Terrible To Least Terrible."

But as an all-inclusive, extremely indiscriminate coffee consumer, I love these vending machines. I miss them every morning.

Here's why we should bring them to the U.S.: (President Obama, make this your final initiative?)

1. The convenience.
No more wandering down a street, half asleep and tripping into potholes, as you try to follow your phone to the closest coffee dispensary. With coffee vending machines, caffeine is right around every corner (or even closer!).

There are no lines. Plus, you don't have to interact with a barista who's sure to get your name wrong. (Until that day, loners, curmudgeons, busy people, and those with hard-to-pronounce names can order Starbucks ahead of time on their phones and skip the wait.)

2. The design.
I wanted to try all of the different types of coffee simply to collect the cans. As someone who can't speak Japanese, I made my choice primarily on the can's coloring and pattern. (What's that? You're not supposed to judge a book by its cover? Oops.)

My favorite can was, quite obviously, the Boss Rainbow Mountain Blend. 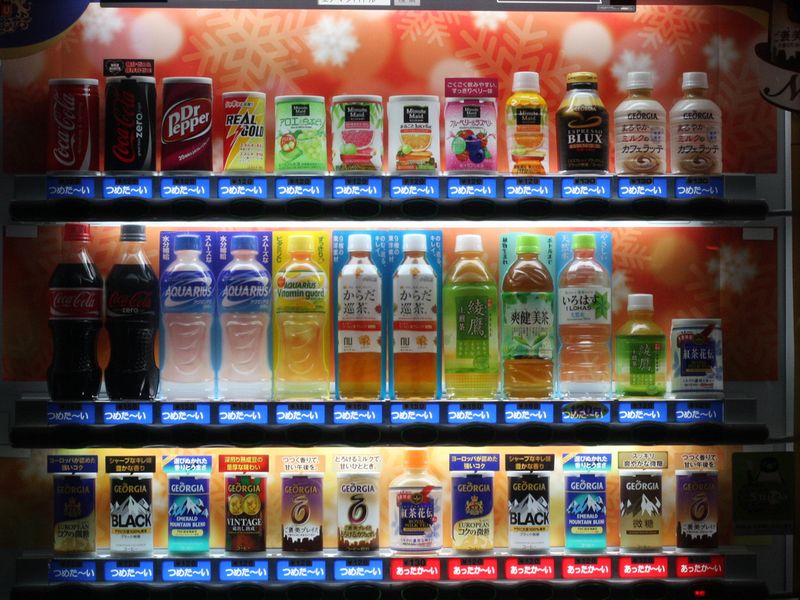 4. The taste.
While Kate Beard writes of Boss Rainbow Espresso, "I would love to tell you the subtle nuances of flavor contained within it, but mostly it tasted of my bitter, salty tears. Clearly, Boss Coffee is made for people more ready to roll with life’s punches than I am."

I'm that person! While Kate is likely a coffee expert, with a mature palate that deemed the majority of coffee too sweet and milky (or chemical-y) for her taste, I had no disdain for the sugary, basically coffee-flavored milk drink. It's how I want my coffee to taste but am too stingy with the sugar and cream to prepare on my own accord. 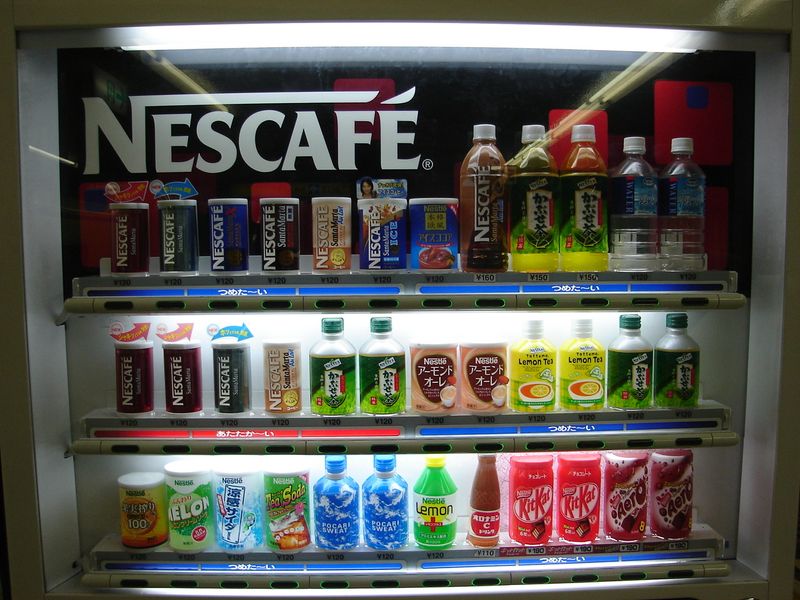 I'm sure there are weighty problems associated with these vending machines—the energy consumption, the millions of aluminum cans that need to be recycled, the nutritional value (or lack thereof)—but I want to set those asides for a minute and just revel in the idea.

I know I'd be a little more cheerful if we had a coffee vending machine at Food52 and on the corner of my Manhattan block.

What's your dream vending machine? Tell us in the comments.

henandchicks November 21, 2015
When I was in college, Boss coffee was sold in a nearby Asian food market- I liked it, too! I see in the photos that the Boss has become more sophisticated looking, with a pipe and nice haircut. He used to be a cartoon, of what might be a potentially unflattering caricature of an Italian man in a barbershop quartet style shirt. These cans are MUCH better.

Fresh T. October 28, 2015
Be careful, some of those coffee cans also contain nicotine.

Doug H. October 28, 2015
Ah, yes. Love those machines. They seem to be updated frequently. I have often wondered what becomes of the old ones. It would be a nice thing to have in my basement.

Another nice thing you can buy from vending machines in Japan: Beer!

Lizabeth October 28, 2015
Who doesn't enjoy the taste of bitter, salty, tears? It provides that extra jolt of energy that caffeine alone cannot.
Don't know if you've every heard of high brew coffee, it's sold in cans. More likely at whole foods, than in a vending machine though...

laurenlocally October 27, 2015
When I lived with a Japanese host family about an hour from Kyoto, we had one of these at our corner. It was heaven.

amysarah October 27, 2015
A few years ago while staying in a hotel, I had a dream (MLK similarity ends there) that I put money in the vending machine and instead of candy or soda, lots and lots of money came out. Like a slot machine, but I always won. It was a drag waking up and finding this amenity not offered by Residence Inn. So I guess that's literally my dream vending machine.

Tara October 27, 2015
Just so you know, Pocari Sweat is basically an electrolyte drink, commonly used before/during/after physical activity, hence the name. But it isn't sweet like Gatorade. So the flavor and the name combo can really throw people off.

Sarah J. October 27, 2015
That would be an EXTREMELY DANGEROUS situation for me.