The Bagel Egg in a Hole, the Best Thing Since Bagels and Eggs

Many bread-like products can be the hole for a toad/egg: the classic piece of toast, but also a donut, biscuit, grilled cheese, pizza slice, pancake or waffle, kouign amann, or quesadilla. These options are fun, they probably taste good—but whether they're better than the sum of their parts is debatable. 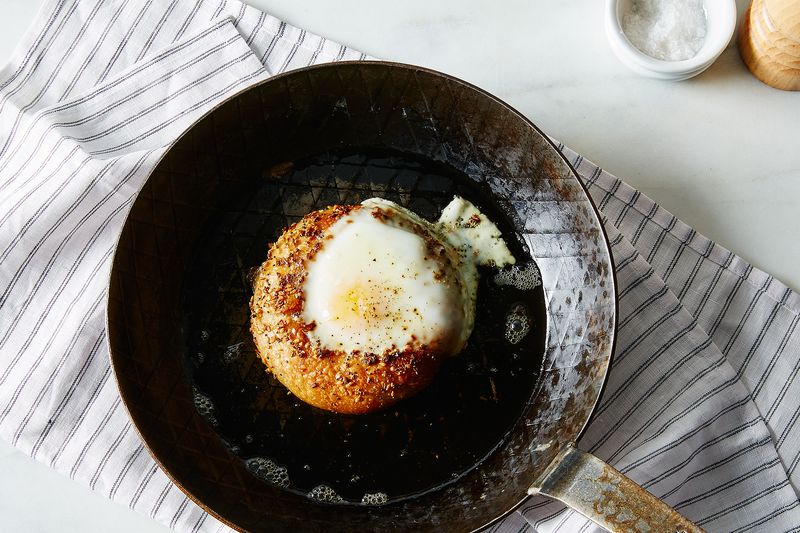 On the other hand, a bagel egg in a hole is better than eggs and bagels on their own. And this is saying a lot: I eat more eggs than anything else, and I chose my apartment in Oakland based on its proximity to a bagel shop (my last name also rhymes with bagel, which seems like an important detail).

The Bagel Egg in a Hole is nearing brilliance because: 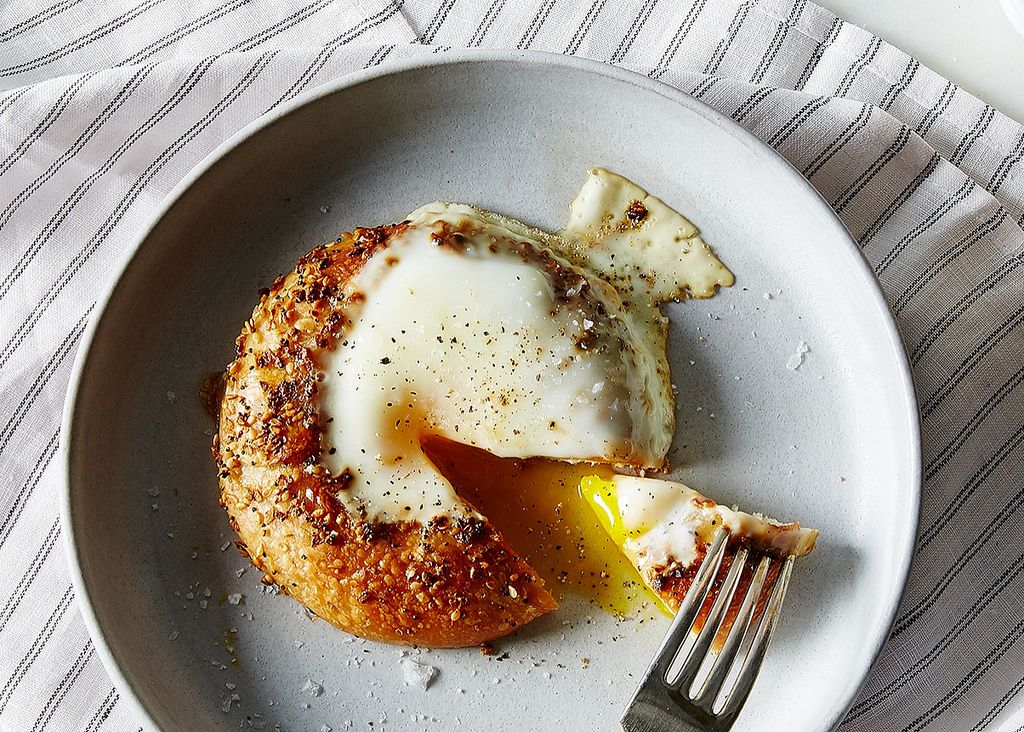 Bagel Egg in a Hole

JoesDiner February 18, 2021
OMG . . .this egg-in-bagel-hole is fantastic. Read article to see list of reasons why. Another: I used to make nieces/nephews "Pirate's Eyes" - basically, an egg fried in a hole in toast. They loved them. But the kids are grown now . . . Pirate's Eyes just a memory. . . until now. Wait til they see how Uncle Joe has upped his game! Arrgh! LOL

KLD1967 March 3, 2016
I am in love with this snack since I first saw it when you wrote the column in November. In fact, I had it for breakfast yesterday when I had an unexpected snow day. I throw a bit of shredded cheese on top at the end. It's surprising how good this is.

FoodieYogi March 3, 2016
I do this in toast. But Bagels > Toast. (now I wondering about doing this to a croissant)

DragonFly November 29, 2015
Who would have thought, something as simple as that!

Ted November 29, 2015
I don't care that much for bagels ... prefer onion or sweet pepper rings to hold the egg instead

Perfect for my wife's new hobby (homemade bagel making), and our friends excess eggs (right off the farm).

Ellen K. November 29, 2015
Perfect timing! Just picked up 1/2 dz everything bagels freshly made this morning. Can't wait to try this...

Rosemary November 9, 2015
While this sounds yummy, it is not a toad in the hole.A toad in a hole is Yorkshire pudding with sausages.

laurenlocally November 6, 2015
This is ahhhhmazing.