Algae Oil Is for Real—Here's How to Use It

Too crazy to say no to? You bet. (This how I enticed my coworkers to try algae oil-popped popcorn.) 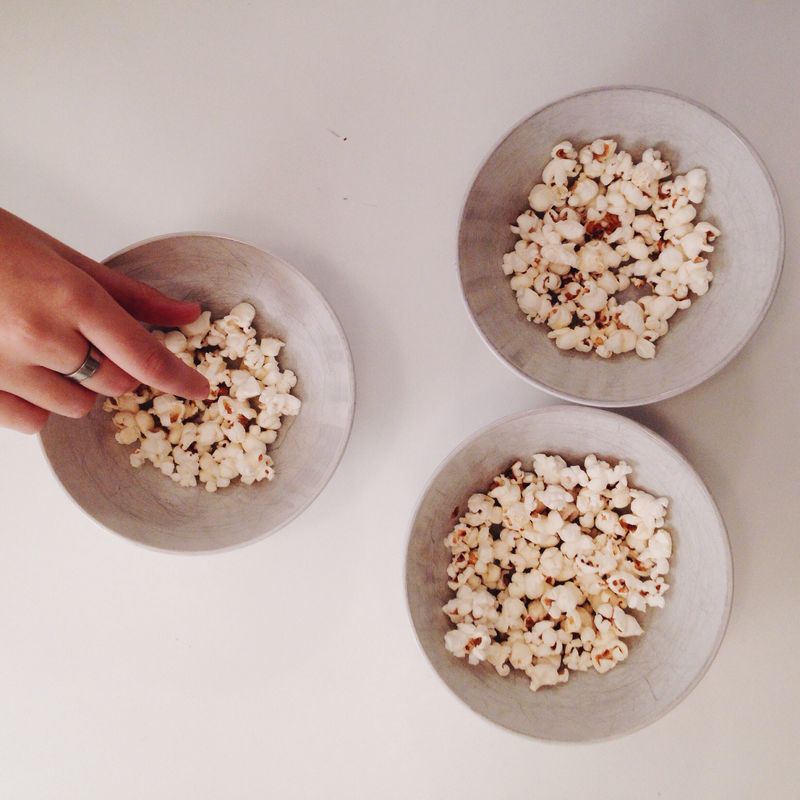 As you read this, you may be trying to envisage algae oil, perhaps imagining, as I (and my coworkers, when I asked them) did, something green and briny and perhaps fishy, a more-vegetal cod liver oil. It sounds straight from an it came from the deep scenario, but instead, it's a totally clear and neutral-tasting and smelling oil, more like canola or vegetable oil than anything else.

But among algae oil's merits and cool points (besides the fact that it's made from algae) is that it's very ecologically friendly to grow, harvest, and process. There is currently only one culinary-grade algae oil on the market, and the algae used to make it is grown in fermenters (like the kind used for making beer and wine, which are quite space efficient), in which the algae eat up plant sugars and, in a few days' time, generate oil. The algae is then expeller-pressed, like coconut oil, and refined.

It also has a very high smoke point, clocking in at about 485° F (for reference, peanut oil's smoke point is 440° F). And because of the oil has virtually no flavor, "You can really focus on the flavors of the ingredients you're working with," chef and previous Top Chef contestant Marisa Churchill told me. For Marisa, the oil's neutral flavor is a big plus; she uses it as the base for salad dressing, adds it to granola, roasts vegetables tossed in it, makes stir-fries with it, and rubs it onto a chicken on its way to the oven. She's even used it to make a homemade chocolate "magic shell" to spoon over ice cream.

Oils with high smoke points are good candidates for popping popcorn, and starchy, neutral popcorn is a good canvas for testing flavors—so I made three batches of popcorn and conducted a taste test with some of my guinea pigs coworkers. 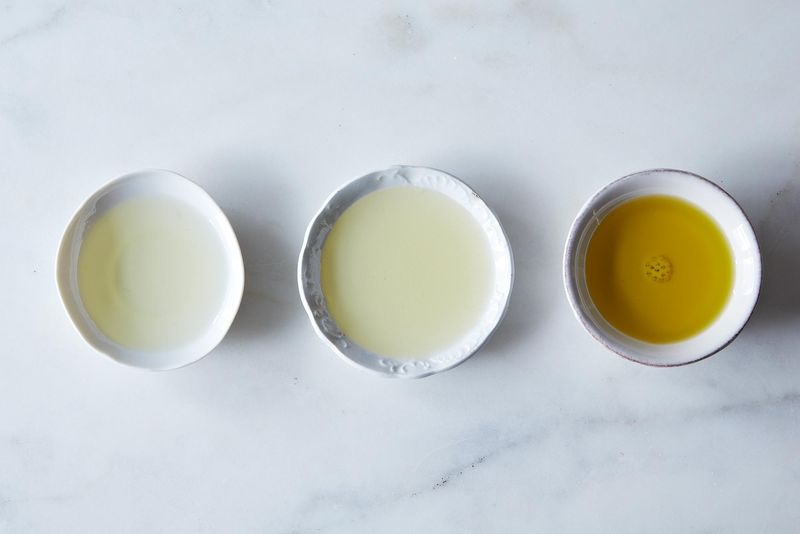 Of the three batches, I popped one with algae oil, one with vegetable (soybean) oil, and one with olive oil, and salted each batch lightly. While each of the oils smelled slightly different once they were shimmering over the burner (the algae oil smelled lightly vegetal and savory), no one was able to identify which popcorn had been popped in which oil. Some noticed slight variations in taste, citing the vegetable oil as the most "oily" tasting, the olive as the most "vegetable-y" tasting, and the algae oil as a bit bitter tasting. But none of them hesitated reaching for another handful of any bowl.

Photo of oil by James Ransom

Have you cooked with algae oil? Tell us what you think of it in the comments.