A while back, I posted a photo on Instagram of some incredibly fragrant cinnamon cookies known as tozzetti ebraici or “Jewish tozzetti” that I picked up at the Forno del Ghetto, a Jewish bakery in the ancient town of Pitigliano in southern Tuscany. 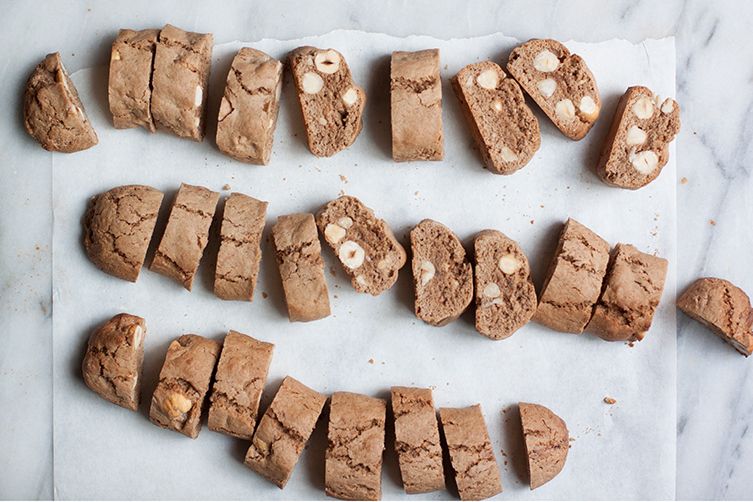 They looked like tozzetti, the softer, more cookie-like biscotti well-known all over Tuscany, except with a distinct copper color and a heady cinnamon perfume. “My aunt made these," a commenter wrote. "My father's family is from Pitigliano. My grandfather was born there. He came to America in 1904... They all made those tozzetti and every Sunday I could smell the cinnamon as I walked in the door for our family dinner.”

Thick and chunky little cookies, they are just the thing for dunking into a cup of tea, coffee, or dessert wine. 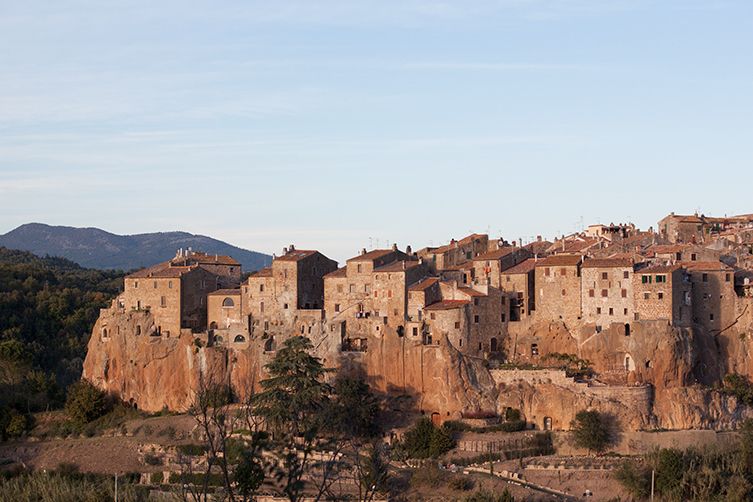 I came across them by accident as I was initially searching for sfratti, Pitigliano's best known baked good: crisp pastry filled with honey, walnuts, and spices, shaped into a stick.

I had read a particularly poignant description about them in Edda Servi Machlin's The Classic Cuisine of the Italian Jews (if you want to see how baked goods have the power to make you want to visit a place, read this cookbook), and I went to the town's forno to seek them out. 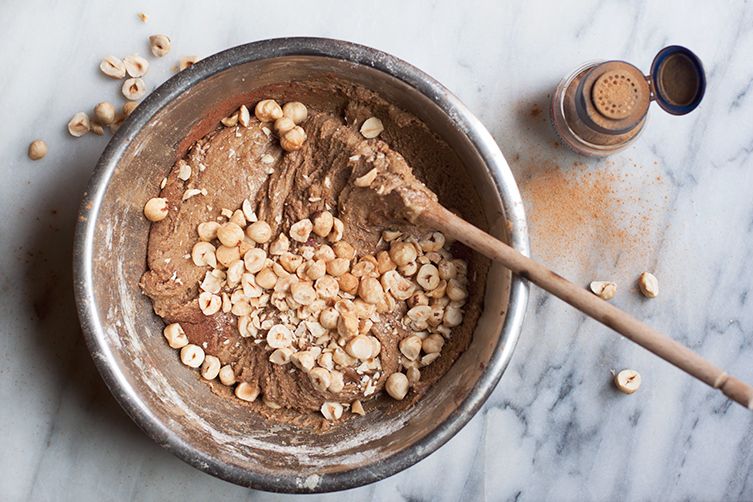 Servi, who was born and bred in the Jewish quarter of this Tuscan town, describes in her cookbook a wonderful mixture of Italian-Jewish, Roman, and southern Tuscan specialties. And her story of the now-"vanished way of life" of the Jewish Pitigliano that she knew in the 1930s and 1940s (before fleeing and moving to U.S.) is moving.

While sfratti are delicious, too, I got hooked on the cinnamon tozzetti and was determined to remake them exactly as I had had them at the Forno del Ghetto. Unfortunately Servi doesn't include a recipe for tozzetti in her cookbook, so I adapted another recipe I use for tozzetti, adding cinnamon for flavor and cocoa for color.

I may never be able to enjoy regular (now seemingly plain) biscotti ever again now. 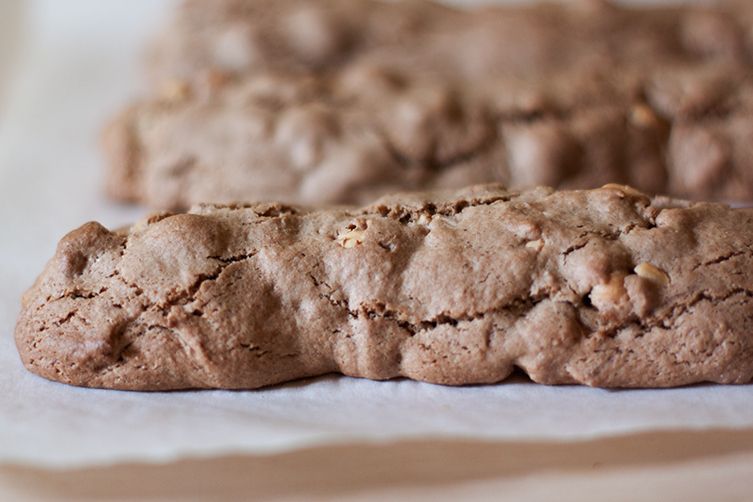 Gretchen April 8, 2022
I wanted to love these but I just didn’t. The need more than a “pinch” of salt as they re very balls and very dry. I am going to try again with a few tweaks—really fresh cinnamon, more salt, XL eggs and see if it makes a difference. They smelled amazing as they baked.

amysarah December 8, 2015
I'm making these asap. Thanks also for the cookbook reference - looks so wonderful! Ordering it now.

Tiffany K. December 8, 2015
Are these tozzetti crisp all the way through like a standard biscotti, or are they softer in the middle? I'm looking for a biscotti recipe to make for the holidays that can survive for up to a week and still taste fresh!

Sarah J. December 8, 2015
My understanding is that the tozzetti are softer in the middle and that the crisper biscotti are the kind that hold up better! (See here for make-ahead cookie advice: https://food52.com/blog/15098-how-far-in-advance-can-you-make-holiday-cookies). I'd recommend these biscotti, which are entirely crisp! https://food52.com/recipes/35914-orange-pistachio-biscotti

Emiko December 9, 2015
Being twice cooked, these are very sturdy biscotti and keep really well. They'll still be delicious after a week or two. They are slightly softer than cantuccini but you really feel that more in the bite (less jaw-breaking than traditional cantuccini) and when they are dipped in liquid (they hold up well but are more giving)! If you do want the really crunchy ones, simply leave them in the oven longer at a lower temperature to dry them out more. Hope that helps!