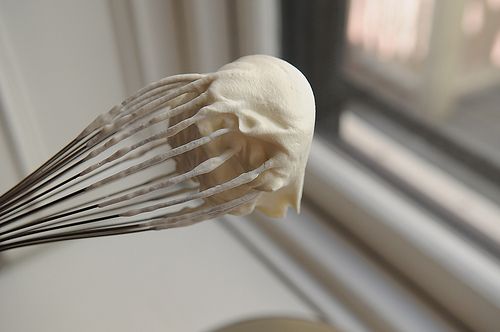 Last summer my mother and I went to Scotland, where we visited some friends in Kirkcaldy, just north of Edinburgh. At lunch in their lovely dining room we were served a dessert I had never tried, and of which I had always been highly skeptical. Like Spotted Dick, Heg-Peg-Dump and Toad-in-the-Hole, Eton Mess is one of those traditional U.K. dishes with a moniker that makes you want to run for the hills. But I was happily surprised to find that what I had assumed would be a heavy, drippy English "pud" was in fact an appealing reinterpretation of one of my all-time favorite desserts: pavlova.

This version was particularly good, according to my mother, who has some experience with Eton Mess. Crisp, sweet shards of meringue and partly mashed local strawberries were folded gently into clouds of fresh whipped cream, each bite a perfect balance of the three. I made it a point to have Eton Mess twice more over the next several days, and my mother and I have talked about it many times since. Which is why I was not surprised when she submitted this recipe for Eton Mess to the Strawberry contest two weeks ago. I had been planning to write about it later in the same week and include my own recipe, but instead we tested hers.

When Amanda and I crumbled the meringue and folded all of the ingredients together, what I recalled as a light airy concoction emerged a weepy mess, true to its name. Disappointed, I called my mother to debrief. We decided that the wet weather was partly to blame for the soggy texture (meringue never bakes properly when it's humid). Reviewing the recipe, she also realized that she had mistakenly called for too little whipped cream. Although Eton Mess didn't make it as a finalist that week, her recipe now reflects these changes and is worth a try.

Strawberry season has nearly come to an end, but one of the beauties of Eton Mess is that you can make it throughout the summer using whatever berries you have on hand. I especially like it with raspberries, which streak the cream with varying shades of pink.


A New Way to Dinner, co-authored by Food52's founders Amanda Hesser and Merrill Stubbs, is an indispensable playbook for stress-free meal-planning (hint: cook foundational dishes on the weekend and mix and match ‘em through the week).

Stuff I Want To Make