Do you use the Hotline? If you haven't been lately, you're missing out -- between discussions about buttercream and kimchi, questions about FOOD52 recipes, and what to do with 15 pounds of pasta, it's a lively place. Here are our top 5 Hotline questions of the week: 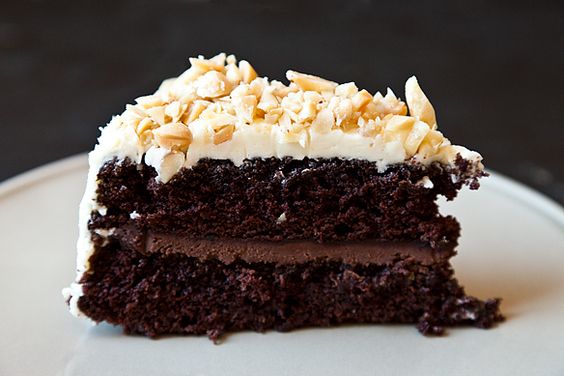 1. FOOD52er Teenieboppers00 asked the community why her frosting for the Chocolate Thai Green Curry Cake was thin and flat after she added butter. Our Head Recipe Tester, Stephanie, jumped in with her thoughts:

It's a tricky thing to time precisely. Unlike most buttercreams, this is a Swiss meringue. You should whip over the double boiler until the mixture is just warm to the touch and all the sugar granules are dissolved. Then, whip in the stand mixer to just stiff peaks. Before you add any butter, make sure the bowl is cool to the touch. Also, be sure your butter is not too warm. It should be just slightly soft. It is better to err on the side of too cold than too warm. It should take about 30 seconds for each piece of butter to be incorporated, but it will also depend on the temperature of your egg whites and your butter, as well as the speed of your mixer. Watch until there are no more chunks of butter before adding another piece.

The final texture should be like very thick sour cream or mayonnaise.

If it gets to thin and flat, you can just refrigerate to set the butter and then whip it until it has a nice thick texture and is spreadable.

2. pauljoseph wondered if any FOOD52ers could recommend a great lens from Nikon for closeup food photography. cthewrld suggested the Nikon 105mm macro lens for quality macro work, though 55-200mm lenses are versatile and a Sigma lens is great quality at a much better price point.

3. @ianwalshuk was in search of a simple sauce to serve with salmon. Answers ranged from mango salsa and salsa verde to kale and pepita pesto and yogurt with diced cucumber, minced dill, and garlic.

4. No longer in L.A., pierino has taken to making his own kimchi. Having seen a recipe for the Korean condiment in Lucky Peach, he saw that it called for a tablespoon of "brine shrimp." He asked:

Is this some hipster joke or is he [David Chang] serious? Brine shrimp might be more familiar to you as "sea monkeys". They are also used to feed aquarium fish. This being Lucky Peach I'm not sure if this is a prank recipe.

As it turns out, dried shrimp and fish sauce are common ingredients in kimchi, so it doesn't look like David Chang was making a hipster joke after all.

5. And, fearlessem had 15 pounds (yes, 15!) of cooked spaghetti leftover from a community dinner at which her husband had volunteered. What does one make with that much pasta? FOOD52ers suggested making casseroles, spaghetti pie, tetrazzini, frittatas, and portioning it out into freezer bags for quick dinners.