Dinner Tonight: It's All About Dessert

Inspiration for tonight's dinner? If I'm honest? Dessert! This dinner (while delicious) is all about balance. Lovely roast chicken and mustardized green beans will satisfy, but you should also be focused on leaving room for the real star of the show: an icy scarlet, Pernod-spiked treat.

A homemade snow cone is galaxies away from those syrupy sno-cone things that come in paper cups. It's the perfect cherry celebration, you'll be making this one all season long. 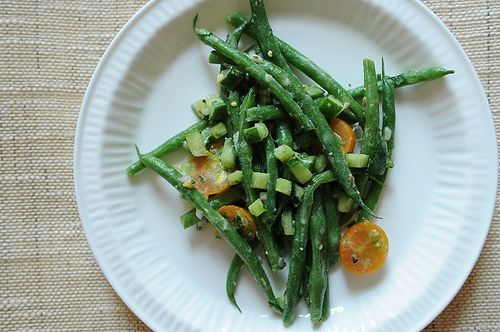 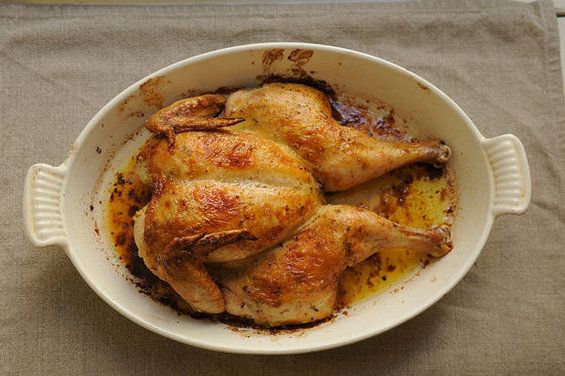 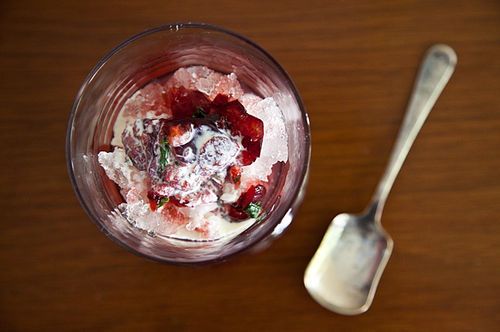 We're assuming you have vinegar, olive oil, butter, lemons, salt, pepper, garlic, ice, Dijon mustard, an egg, honey, and a little turbinado (or raw) sugar. If not, you'll need all of those things too! Heavy cream is optional in the snow cone, but if you've got it, use it!

1. The chicken is supposed to take an hour + a long nap, so get to that first. Luckily, it's almost no work at all. Just snip out the bird's backbone with some strong kitchen shears, butter it, lay it in a pan, and let it rest. This is meant to help the skin crisp up more as it roasts, so if you need to pull it out and pop it in the oven after less than an hour, it's not the end of the world. It's a weeknight, so as always the "whatever works" clause is in effect.

2. While the chicken naps, tackle all the other prep. Pit the cherries. Chop the shallots and let them marinate in the vinegar for the salad dressing. Hard boil some eggs (the recipe calls for one, but since you're going to boil water anyway, might as well make a bunch). Salt the cucumbers.

3. When you feel ready, pop the chicken in the oven. Take a little 20 minute break, or make tomorrow's PB&Js, or read a book, or have your significant other give you a foot massage.

4. Baste the chicken and turn down the heat. While the chicken is in its last 20 minutes, finish the haricots verts. Everything should be ready around the same time! Serve and enjoy.

5. After dinner, when you're feeling ready for dessert, whip up a snow cone! Make someone else muddle while you shave ice, and in minutes you'll be lost in cheery cherry heaven. Happy days. What goes more perfectly with an early summer snow cone than the new Beach Boys album?