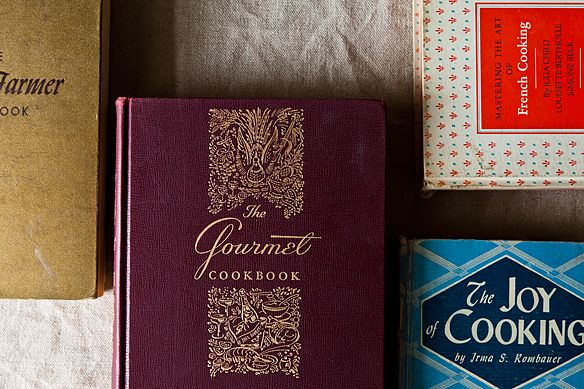 Introducing Pearls of Wisdom -- in conjunction with FOOD52's Recipe Writing Week, we'll be bringing you pro tips from the food world's best chefs and writers. Stay tuned for more every day this week at 11:00 AM.

Today, we're kicking off our recipe advice mini-series Pearls of Wisdom with a bang -- that's right, with Ruth Reichl. She hardly needs introduction, but just in case: Reichl is currently the editorial advisor at Gilt Taste, where she writes the "How to Make a Better..." column. She was formerly the restaurant critic at the New York Times and the editor-in-chief of Gourmet Magazine, and has written a host of memoirs and cookbooks. This is all in addition to numerous TV and radio appearances -- oh, and four James Beard awards.

In short, we absolutely trust her advice on recipe writing. With no further ado, we present her pearls of wisdom:

1. "When we were writing The Gourmet Cookbook our editor, Rux Martin, asked us to rewrite all of the headnotes. "Think of them as the narrative in a novel," she said. "They're the voice of the book." I'd always thought of headnotes as the way to make a reader want to cook a dish; now I think of them as so much more."

2. "Another thing I learned at Gourmet is to consider who you are writing the recipes for. In the 1940s, the magazine assumed that the readers were accomplished cooks, and the recipes were little more than shorthand suggestions. (One recipe began: "Steam one duck.") Over time, as the readers became less confident in the kitchen, the recipes grew increasingly specific. ("Bring your duck to room temperature. Set a steamer over simmering water...")"

3. "Think carefully about how you want to present your ingredients; once you've made that decision, everything else will fall into place. Do you want to begin with a shopping list? It's very useful, but it means that your recipes will look much longer, and therefore more daunting ("1 lemon," with instructions for zesting as opposed to the terse "1 teaspoon lemon peel"). It also means that your style will be less conversational."

4. "Read as many cookbooks as you can and pay attention to the stylistic variations. A few contrasting suggestions: Fergus Henderson, Alice B. Toklas, Paula Wolfert, Julia Child, Elizabeth David.

Tomorrow we'll be featuring the advice of JJ Goode, food writer and co-author of cookbooks such as A Girl and Her Pig and 2012 Piglet contender Truly Mexican. See you then!

susan G. June 25, 2012
Don't forget her memoirs. They're a pleasure to read, especially Tender at the Bone.

Kristy M. June 25, 2012
Yes! And I do sometimes feel like exceptionally long instructions are daunting. Succinct and direct are the way to go.

Kenzi W. June 25, 2012
These are great. I'm especially a fan of the last: "Read as many cookbooks as you can." It's never, ever a bad idea to curl up with a cookbook and some tea.