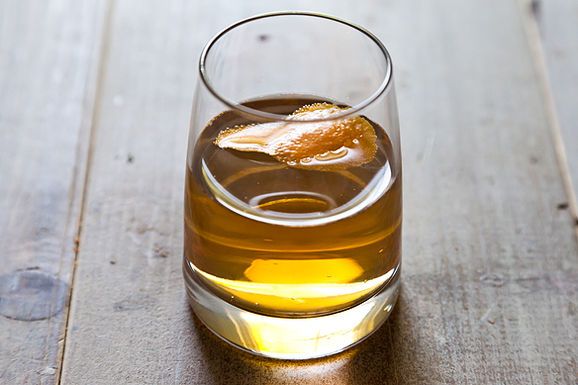 Back in Los Angeles, I was at my friend ProfPessimist's house, watching him mix drinks on his kitchen counter. The prof is always on top of the latest this and that in sprits -- it was chez prof’s house where I first learned about St. Germain and Domaine de Canton, long before those things were mixed into drinks everywhere.

As I settled into my usual stool -- the place where I sat for week upon week and year upon year watching Joshua shake things with one eye on the drink, the other on a child or two splashing in the pool outside, before I upended my life and moved to a city where the trees fall down in the rain and people actually watch and talk about Sunday talk shows -- prof told me he had recently graduated to beer making.

This can be trouble, much like a friend telling you she has begun to make her own clothes, but I am happy to report that his brew is aromatic and slightly sweet, something that mixes well with Lebanese food. What we both decided, after a late afternoon of mixing around, is that we didn’t care for beer mixed into cocktails, as prof had done as he made his way through some traditional recipes on the site. But he was inspired by the bourbon, bitters, and Grand Marnier used in some of them, and started craving some ginger, too.

He had the inspired idea to add ginger to the mix, and voila, The Ginger Side was born, a sharp, refreshing mix of ginger beer (very cold please) mixed with some of those other ingredients as well. If you have not availed yourself of bitters lately, I suggest you get to know the Fee Brothers. After experimenting with different amounts of bitters and spirits, the prof finally landed on the right balance: it has the citrus tang of orange, minus the cloying finish so many summer cocktails offer.

Mix up one this afternoon, and another for a friend. Treasure them both.

The Ginger Side by ProfPessimist

mcs3000 July 16, 2012
I will make this as soon as I get the bitters. Love cocktails. Love beer. Agree = not together. Thanks for the tip on the Fee Brothers.
Author Comment

Jestei July 17, 2012
we really wanted to like beer cocktails. we tried four and stumbled around in grief before moving on to this which i think you will really like, assuming you are a ginger fan

mrslarkin July 16, 2012
Delicious. gotta get me some bitters. Can we get a Fee Brothers sampler in The Shop, perhaps?

FYI, the current copy of Whisky Advocate has a great feature on summer whisky cocktails.

Kristen M. July 16, 2012
I want to go on a date with this Ginger Side, Jenny. Glad you made it back to LA.
Author Comment