Classic Cocktails from A to Z: The Algonquin

Some things just go together -- and the obvious accompaniment to food is drink. Today marks the launch of Booze52, in which we explore all manner of libations that do much more than just wash down a meal.

We figured a good place to start was an exploration of the world’s greatest cocktails of all time. Why are they worth ordering or making, and what made them so damn great in the first place? So, welcome to Classic Cocktails from A to Z. We start with an inscrutable cocktail called the Algonquin. 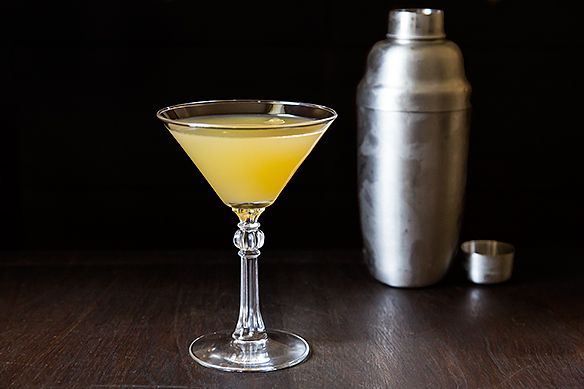 Ever fancy yourself part of the Round Table? Not that round table, of Lancelot and Arthur. No, the real one, at the Algonquin Hotel on West 44th Street. The place where in the 1920s famous people like Dorothy Parker, Robert Benchley and Herbert Ross once sat for hours every day, quaffing illicit highballs, critiquing each other’s work and even launching The New Yorker.

They did not drink Algonquins, however. Those came later. In fact, Kevin Gray of Cocktail Enthusiast comments that the Algonquin was likely “one of those drinks where the creator must have rummaged through his booze stash and fridge, found it to be lacking and said, ‘What the hell, let’s give this a shot.’ ”

The Algonquin is a simple blend of rye whiskey, not-too-dry vermouth and pineapple juice. What works really well in this cocktail is the balance. Unlike many drinks sweetened with fruit juice, the Algonquin does not turn into dessert. Rye whiskey gives it a spicy kick -- it's considerably drier than its cousin bourbon. And vermouth -- herb-y enough to be dry, sweet enough to play nice with the rye -- plays counterpoint to the juice, which although unsweetened is nevertheless a serious contender for attention. 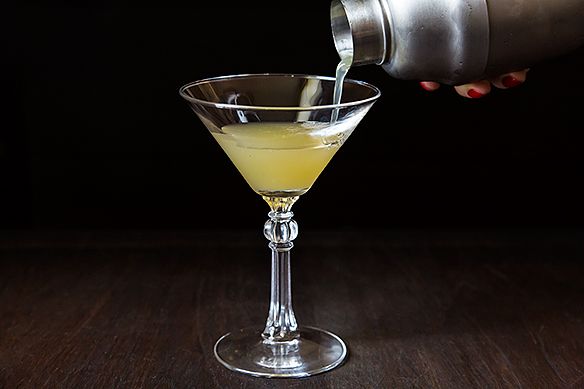 Playing Around with Your Algonquin

Since no recipe is sacred, you now have your canvas. You should stick to rye whiskey, but the choices here are many. Fortunately, rye distilleries are coming back to life, many offering small-batch versions that play up its unmistakable (think rye bread) flavor. Rittenhouse Rye is the one many bartenders use and recommend -- it offers high-quality taste at an affordable price. For a less sweet, intensely rye flavor, consider Russell’s Reserve Rye or Bulleit Rye. For the vermouth, choose a smooth one like Noilly Prat. There really is a significant difference between vermouths, so experiment and ask your favorite bartender for recommendations.

One fancy extra we really like is orange bitters, which David Wondrich at Esquire suggests. He recommends Fee Bros., but Regans Orange Bitters and Angostura Orange Bitters hold their own in the cocktail without overpowering it. Add a couple of dashes; if the cupboard is bare of bitters squeeze an orange peel into the drink (swish it around a little if no one’s watching).

You may not end up channeling Ernest Hemingway or launching a magazine after a round or two, but the Algonquin is a delicious, bracing cocktail that will make you feel very happy.

Combine the ingredients with ice in a cocktail shaker. Stir vigorously but don’t shake (shaking will make the pineapple juice foam). Strain into a martini glass.

susan_roy_nelson February 13, 2013
Keep going, I love reading about these cocktails, as I sit here sipping on a gin gimlet. :-)

midnitechef October 8, 2012
I look forward to seeing all that is served here ;)

Lolli October 7, 2012
Love the booze52 column! There is a craft distillery in Boston called GrandTen Distilling that makes Wire Works Gin and Fire Puncher Vodka. Both are unique and very good. The Wire Works Gin was recently mentioned in the Nov issue of Food and Wine magazine. I would love to see a recipe using either the gin or the vodka in a cocktail.

AnnP October 4, 2012
What a fabulous idea for a column ~ looking forward to sampling many new cocktails and expanding my repertoire. Thanks!

hardlikearmour October 4, 2012
One of my favorite cocktails is a classic "A" - the Aviation. Great new column!

Aimless October 8, 2012
What are you using for the violet element folks? I have Tempus Fugit's Liqueur des violettes but wonder about the others.

hardlikearmour October 8, 2012
I use the Rothman and Winter Crème de Violette. I also use Aviation Gin & Maraska so am not 100% traditional with it.

Andreadoria56 October 4, 2012
What a wonderful idea Booze52 and a great start with a gorgeous photo - and thankfully the distance from A to Z is long....