Today: Kathryne of Cookie and Kate encourages good luck in the New Year with an everlasting pot of black-eyed peas. 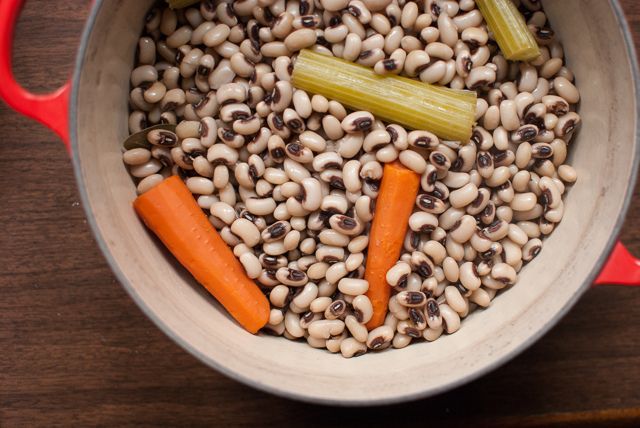 I didn't grow up eating black-eyed peas on New Year's, or any time of year for that matter. I bought my first bag last summer, and the learning curve has been quick. In the American South, black-eyed peas are most often served with collard greens and ham, but due to their mild flavor, they fit well in a variety of dishes that need some extra bulk, protein or creaminess.

Here are five ways to enjoy black-eyed peas sans the traditional ham -- or any meat, for that matter. The simply cooked black-eyed peas in these vegetarian dishes play a supporting role to the other ingredients, complementing them rather than dominating the flavor profile. Let these ideas inspire you to cook up a pot of them not only for New Year's, but throughout the upcoming year. 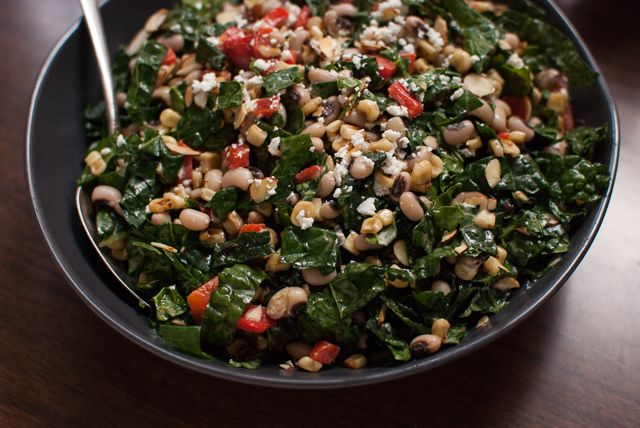 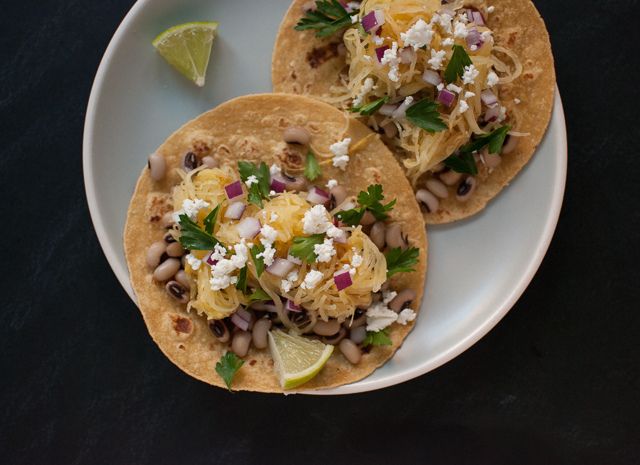 Spaghetti Squash Tacos
For a fun spin on tacos, halve and roast a spaghetti squash, warm up some corn tortillas (or make them yourself), and top them with black-eyed peas, the roasted squash, flat-leaf parsley and salty feta cheese. Make them even better with a dollop of sour cream and a tiny dash of smoked paprika. 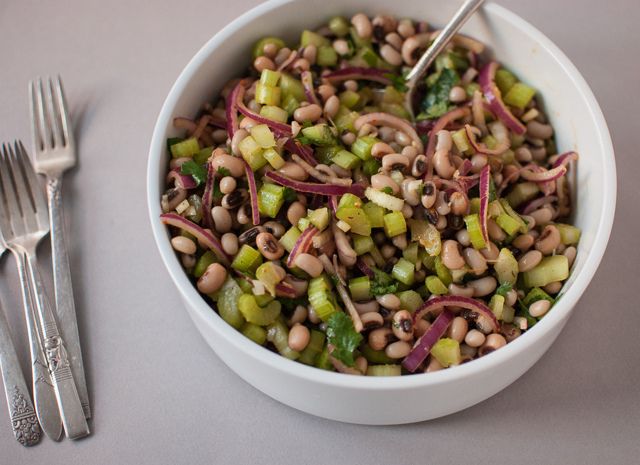 Bean Salad
Heidi Swanson of 101 Cookbooks is the inspiration for this satisfyingly crunchy, creamy and spicy salad. Mix together black-eyed peas, chopped celery, thinly sliced red onion and cilantro, then toss it in a lemony olive oil vinaigrette made with a dab of Dijon mustard, some minced garlic and a sprinkle of your favorite curry powder. You can leave out the curry powder for a more traditional bean salad; I love it either way. 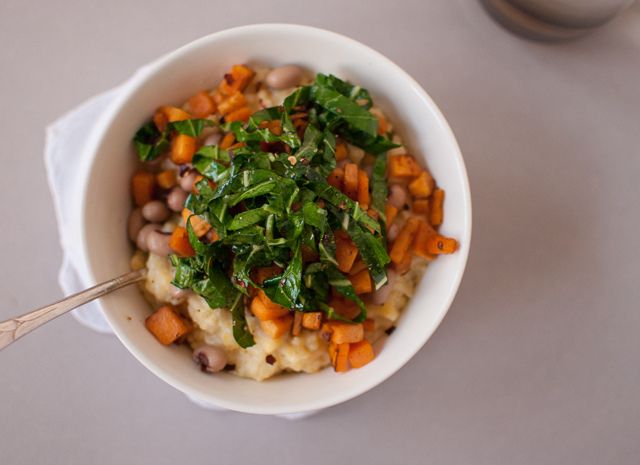 Polenta with Black-Eyed Peas, Sweet Potatoes, and Collards
First, cook up some polenta with a swirl of goat cheese and butter, then carmelize tiny chunks of peeled sweet potato in olive oil. In a separate pan, sauté thinly sliced collard greens (ribs removed) in olive oil with a pinch of red pepper flakes until darker in color and fragrant. Pile your polenta high with warmed black-eyed peas, ample sweet potato, collard green ribbons and a sprinkle of sea salt and black pepper. It's a bowl of Southern goodness. 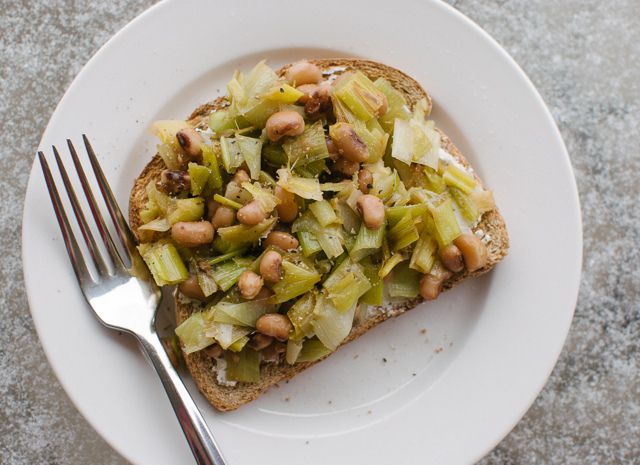 Black-Eyed Pea Toast
This is my favorite of the bunch: humble toast topped with caramelized leeks, black-eyed peas, and herbed goat cheese. Just sauté sliced leeks in ample olive oil and a big pinch of sea salt. Once they're caramelized at the edges, add a couple cloves of minced garlic and some black-eyed peas, stirring until warmed through. Remove from heat, toast a piece of great whole grain bread, and spread it with goat cheese. Top with lots of the leek and pea mixture and an extra sprinkle of salt. This toast would make great company for some softly scrambled eggs, too.

A Pot of Black-Eyed Peas by Cookie and Kate

cookieandkate.com
Photographer, dog lover, vegetarian [most of the time].

Courtnay February 1, 2013
The tacos look amazing! I love black eyed peas and will often make a pot and have them for lunch throughout the week. I pour a big ladleful over brown rice and pour on the Pickapeppa sauce. The heat and tanginess of the Pickapeppa are a great compliment to the black-eyed peas!

girlwiththegreenhair January 22, 2013
After reading this post the other week, I proceeded on a Sunday afternoon to make a batch of black eyed peas and polenta. I was making different lunch combinations all week with salads and eggs and stir-fried greens. Perfect!

[email protected] January 7, 2013
I grew up with Hoppin John, and now that I live in the UK it has become a tradition with my extended family too. But this year I made a richly aromatic West African Groundnut stew (on my blog, kelliesfoodtoglow), subbing the usual chicken for black eye peas, and it was amazing. I now have loads of extra black eye peas in the freezer and the polenta and taco recipes really appeal. Thanks for highlighting this rather Cinderella ingredient

Thunderlovinjo January 6, 2013
Another salad: black eyed peas, tossed with a handful of snipped fresh dill, crumbled feta, olive oil and balsamic vinegar, cracked pepper and a pinch of salt. Let sit for an hour or so and serve. It's even better the next day!

viblanco January 2, 2013
I did grow up on black-eyed peas; it was new year's eve good-luck ritual along with pigs feet and chitterlings! (Sounds gross, I know.) Black-eyed peas are simply delicious even plain and the recipes above look great. The one with the toast and leeks is calling my name.

Kenzi W. January 2, 2013
I'm still eyeing that toast -- think it may need to make an appearance this week.

Dave M. January 1, 2013
We made the raw kale salad tonight. It was excellent!

EmilyC December 31, 2012
Wow, all of these ideas are great! I especially love the looks of that kale salad.