Post-holiday doldrums can be killer. You're trying to be so good, but salad for dinner just doesn't cut the mustard in the middle of winter, and you can only have lentil soup so many nights in a row before you're having legume-filled nightmares. Fight those blues with some celebratory fare, fit for a mid-week slump. Who says sparkling must be saved for a New Year's toast? Isn't putting in a full day's work reason enough to pop at least a little prosecco? We say yes, and so does our Booze52 columnist Erika Kotite, whose Champagne cocktail is as fizzily festive as it is easy to make. Paired with a crispy turkey dinner -- schnitzel in this case -- it makes for fabulous weeknight vittles. Cheers to another Monday supper! Because, why not? 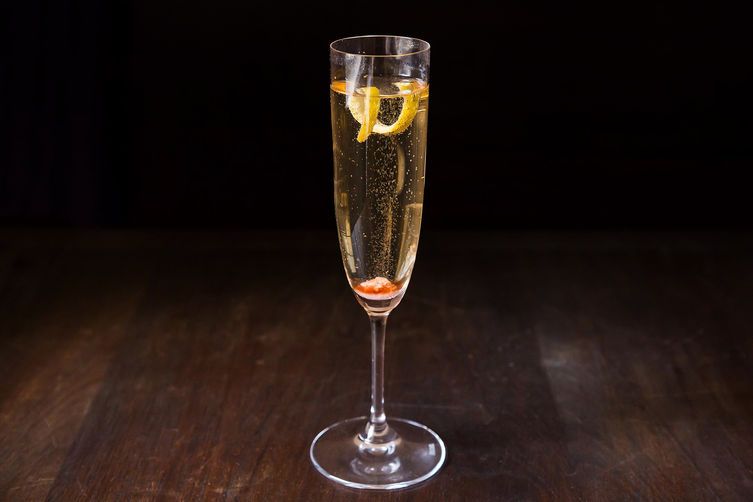 Turkey Schnitzel with Leeks and Butter Sage Sauce by ccincalif 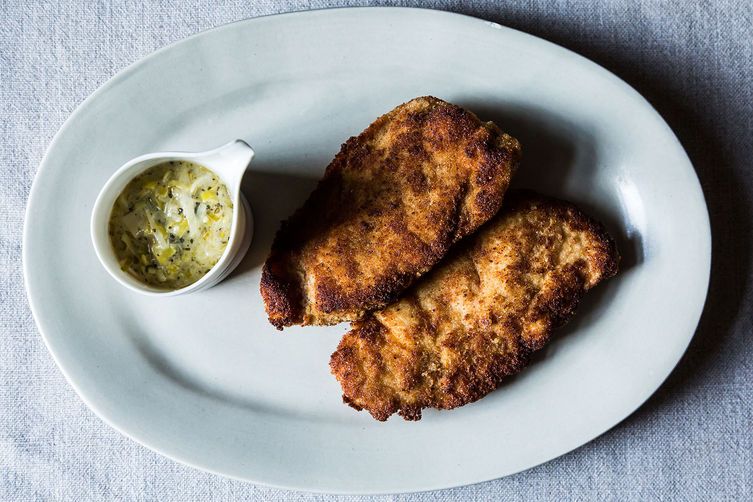 1 pound turkey cutlets
Breadcrumbs
1 leek
Heavy cream
Fresh sage
Sparkling wine or Champagne (you might even have a bottle or two left over!)
Salad greens

We assume you have sugar cubes and bitters, butter, olive oil, an egg, flour, salt, pepper, white wine, and chicken broth. If not, you'll need those, too!

1. The turkey cutlets need a little soaking and salting at the outset, which will be quite simple, but takes about 40 minutes. So, get that going first.

2. Once they're soaking, there's not a lot to do, so if you were me and I were you, I'd make that cocktail now so you can sip while you cook! Just a suggestion, of course.

3. Prep the cutlets by dipping in flour, egg, and breadcrumbs.

4. Now is the moment to make that leek and sage butter, which you can set aside briefly while frying the cutlets.

5. Fry said cutlets until crisp and just cooked through. Serve with the herbed butter, a simple green salad, and whatever remains of your cocktail. Feast.