We loved reading everyone's reactions, but the most enjoyable part for us was the making of Amanda and Merrill's butter-churning video. A few weeks ago, we enlisted the help of videographer Kyle Orosz and the incredible team at Bobolink Dairy Farm -- a generous stone's throw from our offices in New York. Always willing to do whatever it takes to get a good joke, we bought a butter churn, rented a car, stocked up on pastries, and drove to New Jersey. 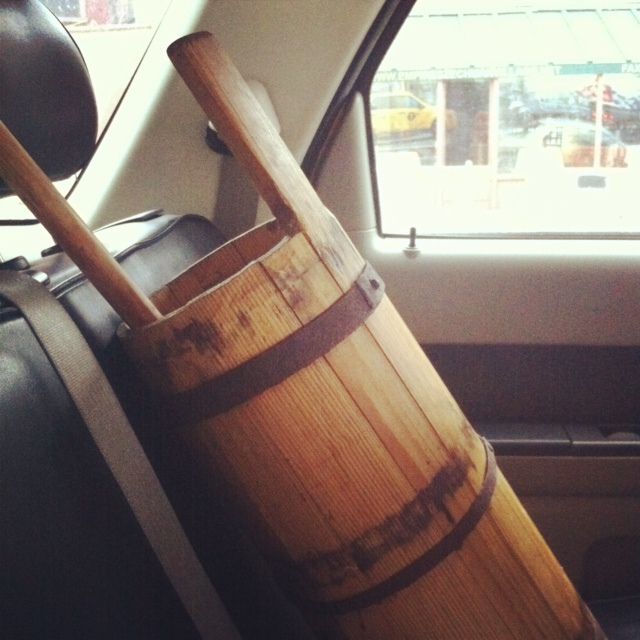 In case you've ever wondered, this is what a butter churn looks like riding in a New York City cab. 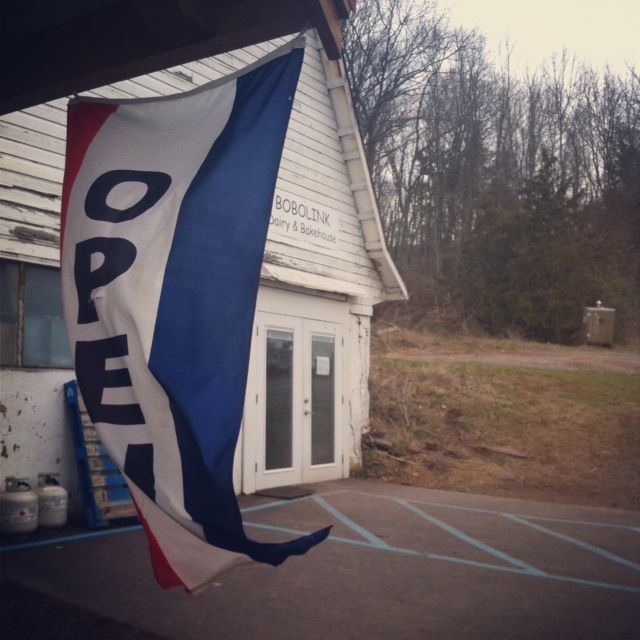 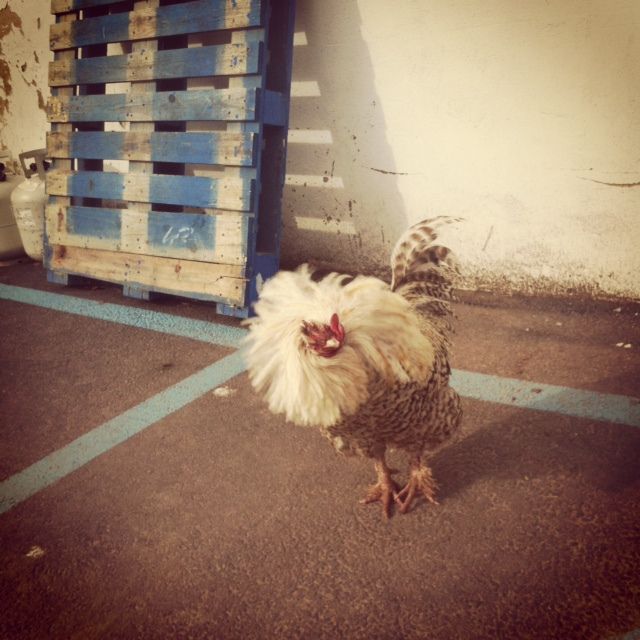 At Bobolink, we were greeted with a warm welcome, open fields, and a rooster keen on strutting his stuff. 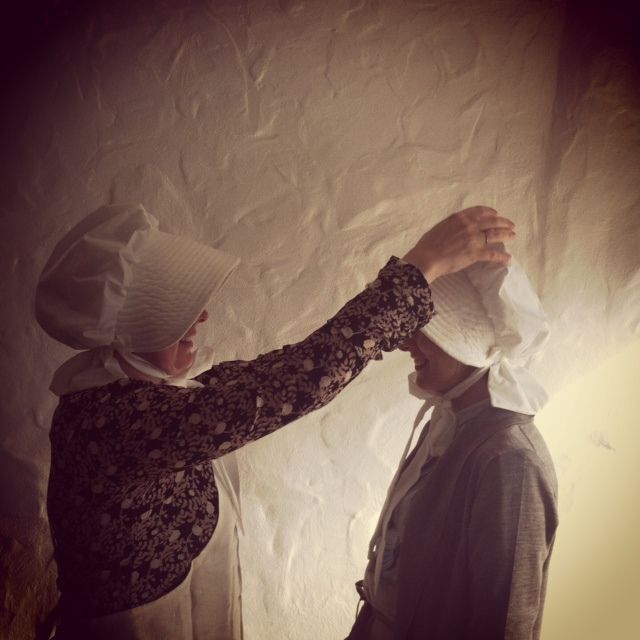 Amanda and Merrill didn't waste any time getting into character. Serious method actors, these two are! Getting their bonnets just puffy enough was essential to the authenticity of the video. Go big or go home, we say. 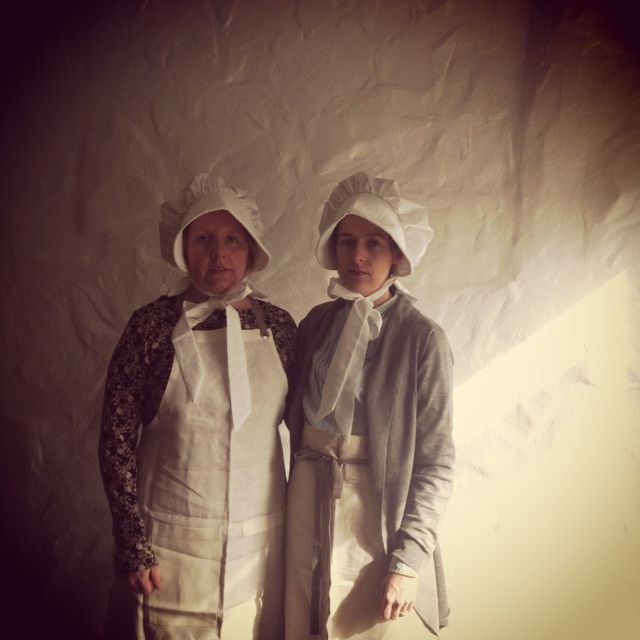 We call this one "Brooklyn Gothic." (Don't tell anyone that we used fresh-off-the-presses Studiopatro aprons. The Bobolink team was kind enough to lend us some authentic-looking wool shawls to round out A&M's costumes.) 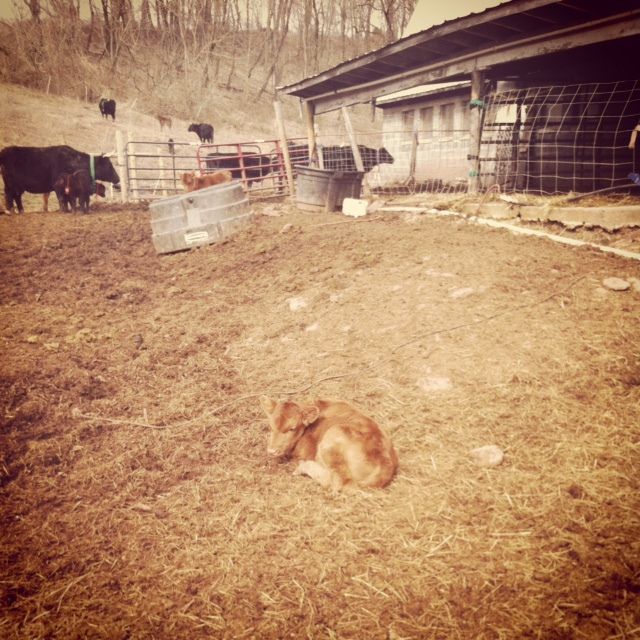 Our first order of business was finding the right cow. Jonathan, Bobolink's owner, promised to find us one that was both friendly and would give us a bit of milk. We were more concerned about the "friendly" part. Instead of worrying, though, we just fussed over this sweet, three-day-old calf. 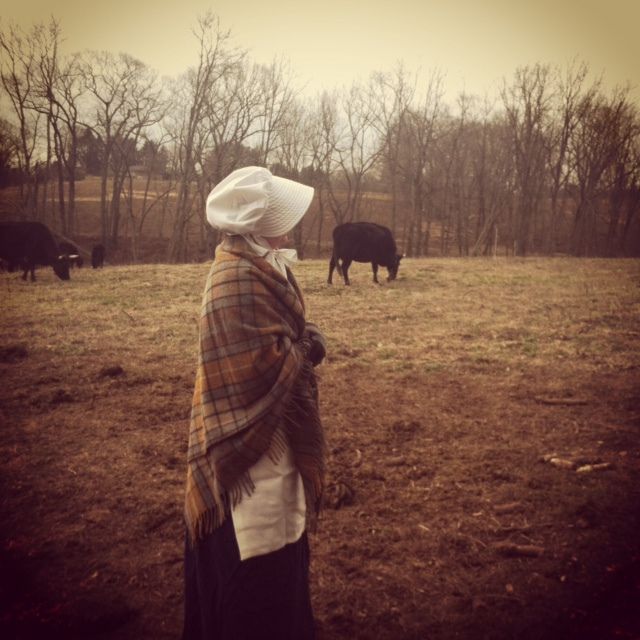 Doesn't Merrill fit right in among the cows and pastures? You'd never know there was a smartphone tucked under that shawl. 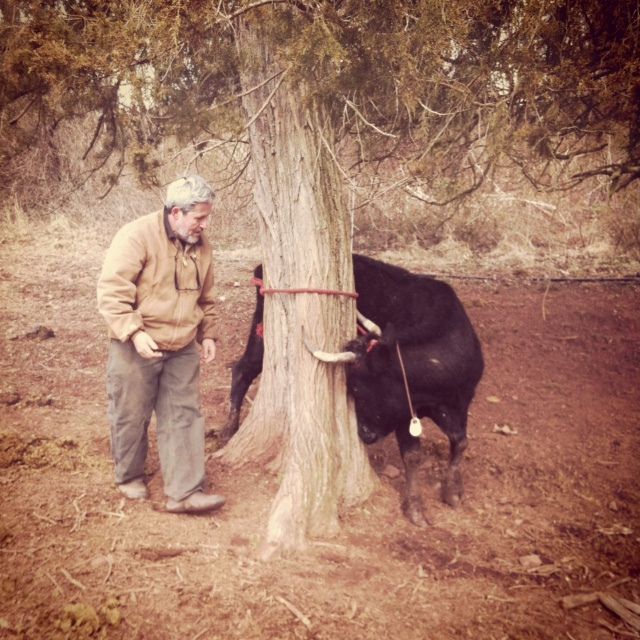 Jonathan finally coaxed Liberty, our chosen cow, into cooperating with us; we don't think she was too happy about being tied up, unless headbutting a tree is cow-speak for "you all seem like very friendly people!". Luckily, Amanda managed to get a few teaspoons of milk out of her after chasing her around while we all laughed in the background. It's a good thing the video was silent; otherwise, there would be a never-ending laugh track. 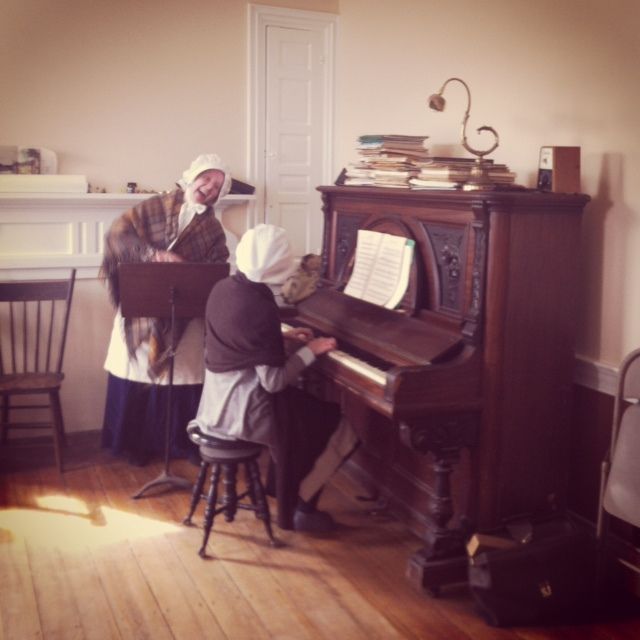 After the milking was over and the butter had been "churned," Amanda and Merrill moved inside to the parlor to impress us with their musical talents. Amanda "played" the piano while Merrill "sang" a few hymns she remembered from childhood. 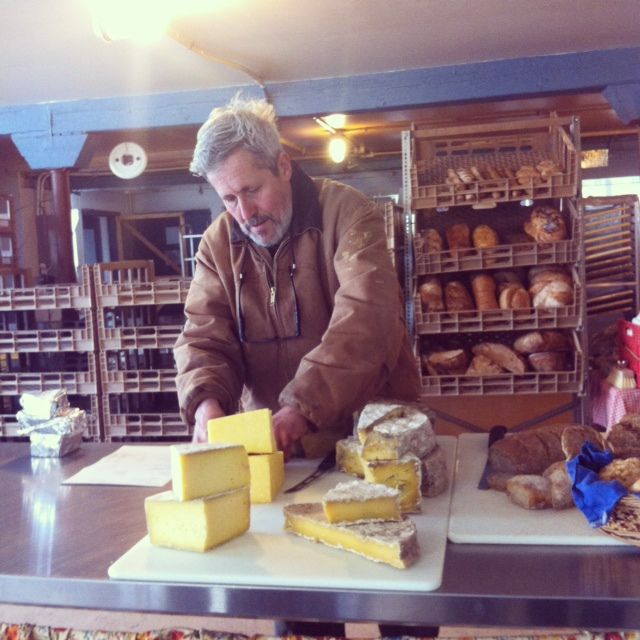 A long morning of chasing chickens and doubled-over laughing had us hungry. Luckily for us, Bobolink also makes their own cheese and bakes their own bread, and Jonathan gave us a sampling of their goods. (Side note: a former engingeer, Jonathan has developed a system whereby he can control the temperature of their wood-burning oven on his phone. Genius.) Before heading back to the big city, we all bought some bread and cheese for our own larders. (Want to pick up some Bobolink products? You can order them online.)

We were sad to leave, but were comforted to know that 1852 is always just an instagram filter away.

LauriL April 6, 2013
I smiled a lot as I read this ....just picturing Merrill chasing Liberty around the tree for a few drops of milk!! Thanks again for the scoop and the laughs!!

Sewassbe April 2, 2013
I was super sad that none of the other links worked. I really wanted to learn about those 7 not-so-new gruel recipes! (No really, I did.)