Mary Roach on Fearlessness and Muktuk (plus a Giveaway!)

Today, we talk to Mary Roach, whose new book Gulp fearlessly investigates what happens to our food after it leaves our plate. Read on for a laugh, a few fun facts, and a new book for your nightstand -- we're giving away three copies! 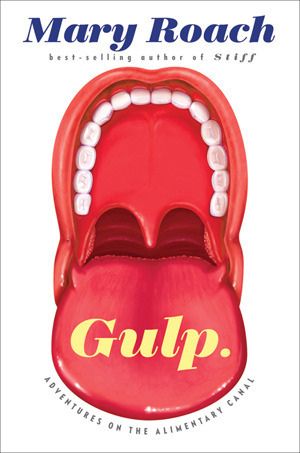 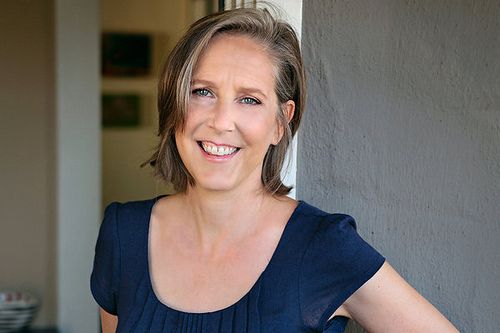 Mary Roach is undeterred by taboo. After all, the woman wrote a book all about the science of intercourse. And she titled it Bonk.

In her latest book, Gulp, she discusses everything that happens to our food after it leaves our plate -- from smelling, to chewing, to all that other stuff that we usually avoid calling by name.

The beauty of the book, though, is Roach's ability to share the facts behind traditionally "icky" topics with a particular brand of humor that leaves the reader more comfortable with the subject and significantly better informed. And her research tactics are as fearless as her writing. (Spoiler alert number one: she sticks her arm into a live cow's stomach.)

Last week, we called Mary up to chat about her book, discuss the taste of narwhal skin, and learn how to taste our food more fully. Spoiler alert number two: she's just as hilarious in person as you'd expect her to be.

What drove you to write about the science behind eating and digestion?
When I was writing Packing For Mars, the most fun chapter was about the waste management group at NASA. It's an interesting engineering challenge: going to the bathroom at zero gravity is not an easy thing to do. So I had my head in the toilet already.

I had also written an article for Hippocrates Magazine investigating how the Inuit are able to eat a diet comprised exclusively of meat, as well as a piece about people who eat things that aren't food. People are obsessed with food, but they don't want to think about it once it leaves the plate -- the topic is right up my alley.

How do you manage to write about things that so many people consider "icky" in such an appealing way?
I approach it as I approach any other topic, and I don't flinch. Enthusiasm is contagious, but flinching is contagious, too. I want readers to say, "I thought this would be really gross, but it's interesting."

What's one of your favorite facts you unearthed while researching this book?
I love that when you blush, the lining of your stomach blushes too.

You smelled and tasted a lot of different things. What were some of the best and some of the worst?
This isn't very PC, but I really loved muktuk [narwhal skin]. It was so fresh -- kind of like walking up to the narwhal and taking a bite. It has a delicate, nutty, mushroomy flavor. It was really good.

I liked a lot of the other Inuit foods, like raw caribou carpaccio and fermented walrus buried in limestone and slightly decomposed and then frozen. That takes a little getting used to -- it's stinky, like the underneath of an old wharf or something. Ocean-stinky and rotting, but good!

I didn't like caribou bone marrow, though. And raw char eyeball had a disturbing texture, plus the attaching muscle on the back is tough to chew.

Unfortunately, we don't have any muktuk recipes. But here are some of our community's favorite dishes, ready for you to gulp down.

Has writing this book changed the way you eat?
I'm much more aware of the role of smell in my food now. I do that retronasal olfaction thing where you hold wine, gin, or food in your mouth and you exhale through your nose. The gasses start to release and waft up into your nose, where you perceive them. I do more of that now, and I appreciate and detect a lot more flavors than I used to. You miss out on a lot of the flavor in your mouth when you don't involve your nose actively.

You don't want to get too vigorous, though, or else you risk nasal regurgitation.

We're giving away three copies of Gulp to our readers! Tell us in the comments: what's the most exotic thing you've ever eaten? We'll choose three seriously lucky winners this Friday, April 19 at 3 PM EST.

LauriL May 24, 2013
Read Stiff a few years ago and LOVED it! Bought her latest a few months ago and altho I have a few books to read before hand I know it will be extremely entertaining!!

Sandra A. April 30, 2013
The most exotic thing that I've eaten is the national dish of Scotland called Haggis. It is made up of a sheep's innards, heart, liver, lungs mixed with some spices and other ingredients and then encased in a sheep stomach. It is not something I would try again. It is a "once is enough kind of food".
Sandra Andersen

Jennifer A. April 18, 2013
Oh boy. I don't think I can hold a candle to so many adventurous eaters. I top out at a very stinky fruit that I tasted in Thailand. Cannot remember the name, which is okay I suppose, because I do not plan on every eating it again

walkie74 April 17, 2013
The most exotic thing... probably chitterlings and rattlesnake.

jkoustenis April 17, 2013
My Greek Grandmother would cook "little things" which I loved. It was spleen stuffed with heart and lung. I am now a vegetarian.

mimiwv April 17, 2013
Rattlesnake meat...cooked over an open fire of course, in West Virginia. It was fine, but the vertebrae still function in a snake kind of way, which was off-putting.

margaretg April 17, 2013
A pot of stewed chicken, feet/claws and all. This is before I stopped eating poultry and meat, but even then the smell did not appeal.

Hannah T. April 17, 2013
I think all of the most exotic things I've eaten are things I ate before I became a vegetarian at age 18: reindeer, beef tongue, blood pancakes with berries, Rocky Mountain oysters, and frog legs. I'll have to try to find some exotic vegetarian food!

Cynthia G. April 17, 2013
I LOVED Bonk. I can't compete with a lot of what other commenters have eaten, but I'll try just about anything once... I regularly put chicken feet in my stock which is hilarious because as it cooks it looks like mini dinosaurs are trying to escape from the pot. I can't wait to read Gulp.

Aliwaks April 17, 2013
I am an embarrassingly un-adventurous eater, porchette di testa is as far as I'll go, however, I did eagerly devour this book!!! Spent an entire Saturday calling out to my husband "hey did you know that ...." It's a fabulous book, actually so are all her books, Packing for Mars (learned all about space toilets!!!) & Stiff are my favorites.

Kitchen B. April 17, 2013
All delicacies in Nigerian cuisine: Deep fried land snails (monster in comparison with the tiny french l'escargots); goats head soup(delicious,tongue, eyeballs et al); Fried maggots called 'edibles' in the south of the country(unbelievably oil) but delicious, especially in combination with kpokpogari - a dried snack made from grated and dried, leftover cassava, when the 'starch' (similar to cornstarch) is extracted. And finally offal/innards peppersoup (peppersoup is Nigeria's gift of the cure-all chicken soup) - intestines, tripe etc are there for the picking. Absolutely delicious too!

Diane M. April 16, 2013
The most exotic thing I've tried is alligator, although compared to the other foods mentioned here it's tame. Guess I have a lot more culinary experimenting to do!

Ann C. April 16, 2013
Pan-seared duck testes, although compared to everyone else here, it doesn't seem that exotic. Note to Marian: The most anticipated part of my day is also coffee!
Author Comment