Winner of Your Best Fresh Herbs

Congratulations to vvvanessa, whose White Peach and Lemon Thyme Galette won the contest for Your Best Fresh Herbs. 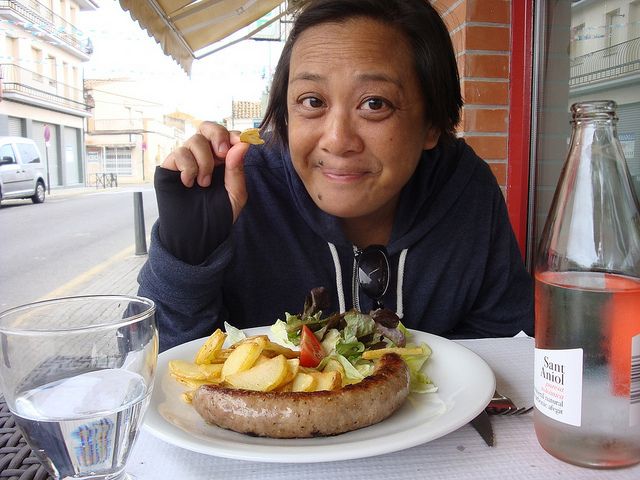 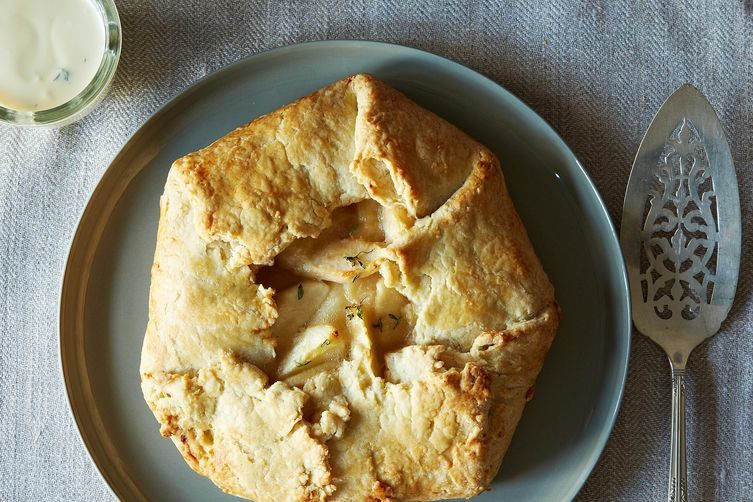 1. Describe an early food experience that has influenced the way you think about food and/or cooking.
When I was maybe eight years old, I had an obsession with the idea of baking cookies, but we weren't a baking household, and I really didn't know anything beyond mixing some eggs, flour, milk, and sugar together. Out of the oven came weird, spongy, eggy blobs; I didn't know why they were so awful, and I had no idea how to make them not awful. I didn't learn to bake until much later as an adult, and I guess it's no surprise that what I wanted to bake most were cookies in an attempt to redeem myself. I'm happy to say I've finally moved on from the eggy blobs and can now turn out a number of different cookies well enough that people don't think they are mutant pancakes.

2. What's your least favorite kitchen task?
I will never learn to enjoy cleaning and prepping herbs and leafy greens -- so tedious.

3. Your favorite kitchen tool?
I'm still waiting for the combination whisk-spatula-tongs-serrated peeler to be invented.

5. What is your greatest kitchen disaster?
I once bought a precious package of fava bean flour from an Ethiopian market so I could make one of my favorite Ethiopian dishes, buticha, which is a sort of chunky hummus with jalapeño. I couldn't find a recipe or even vague instructions and I wasn't even sure I had the right ingredients. In a matter of seconds I managed to create a paste so dense and sticky that I could lift up the saucepan by the wooden spoon I had stuck into the mess. I kept thinking, "Maybe this is one of those chemistry experiments where if it cooks enough, it will suddenly transform into deliciousness." But that never happened. There was no salvaging the disaster, and I was very sad having to toss it in the compost pile.

vvvanessa July 29, 2013
Thank you so much, everyone! What a thrill and an honor!

vrunka July 24, 2013
hooray!!! I just got some white peaches and I'm making this galette straight away!

hardlikearmour July 24, 2013
Congratulations, triple V! I would have never guessed you didn't come from a baking household -- you've come a long way, baby!!