Jen Lin-Liu on Noodles Around the World -- Plus a Giveaway!

Today, writer and cook Jen Lin-Liu is debunking the biggest myth in food history and revealing her culinary mission. Plus, she's giving away 3 copies of her memoir, On the Noodle Road! 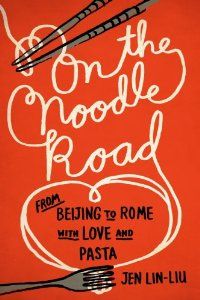 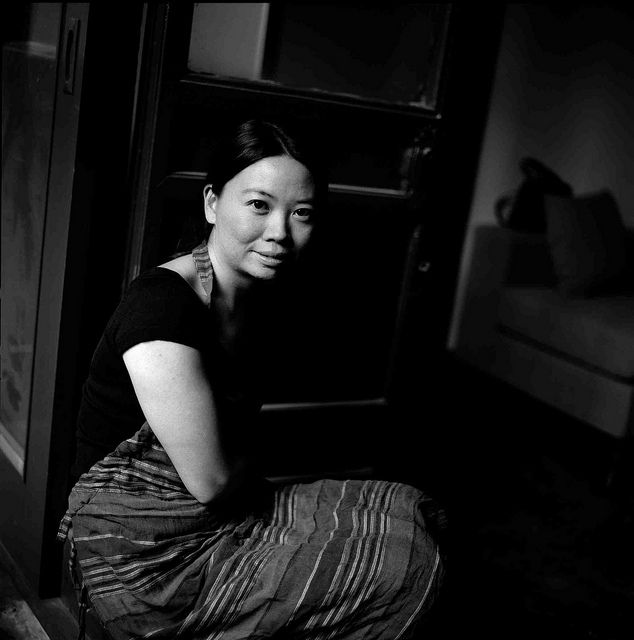 It may seem that there are no two cuisines more different than Italian and Chinese. But when writer Jen Lin-Liu traveled to Italy on her honeymoon, she couldn't help but be reminded of the food of China, where she'd lived for more than a decade. She was particularly curious about noodles -- known to Italians as pasta -- and so she set off on a 7000-mile, six month journey retracing the migration of the noodle along the Silk Road thousands of years ago.

Jen lives in China, where she founded Black Sesame Kitchen, a Beijing cooking school and restaurant. And as you'll read, she's on a mission to teach more people how to make noodles.

Why do you think that noodle making is unfamiliar (and daunting) to most Americans??
It’s an interesting question -- noodle making takes just a few more steps than, say, making pizza or bread, but most people seem intimidated by it. It might have to do with the fact that dried pastas were only mass produced in the United States in the 1920s and 1930s and dishes like spaghetti and meatballs were still a novelty to most Americans back then. Nowadays, the availability of dried pasta makes it easy to reach for a bag at the supermarket rather than make your own from scratch. But I’m on a mission to change that -- actually, one of my dreams is to open a pasta school, somewhere, someday.

What's your go-to piece of interesting noodle trivia that you share at dinner parties??
The story of Marco Polo bringing pasta from China to Italy is a myth. It was invented in an American pasta manufacturer’s trade publication called the Macaroni Journal in 1929 to spur the consumption of pasta in the U.S. -- and it certainly did a good job. And the myth has traveled around the world -- I heard people repeat it many places on my journey. The Chinese added their own twist to the story: Marco Polo also tried meat-filled buns called baozi in China and when he recreated them back at home, he forgot how to fold them and Italy ended up with a second-rate mess-of-a-bun called pizza.

More: Make your own Afghan dumplings with lamb kofta and yogurt sauce. 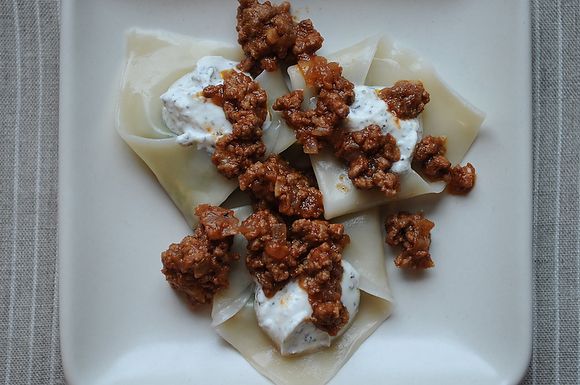 Was there any part of your research findings that completely contradicted your predictions?
On my journey, noodles almost entirely disappeared in Iran, where rice dishes completely dominate the cuisine. I did have a couple of noodle dishes there: one is called ash-e-reshteh, which is long, thin strands of noodle in a slightly sour soup with greens; another was a lamb version of spaghetti bolognese. But I didn’t meet any cooks who made noodles from scratch -- Iranians almost always use packaged noodles. Interestingly, I had read in history books that Persia had a tradition of noodle making as early as the 11th and 12th century. I had even found a poem from around the 15th century that talks about how noodles and saffron rice battle each other and rice wins out, describing what happened in Persian cuisine.

Is there a recipe that you picked up while researching this book that you've made most frequently?
I have been a big Chinese dumpling maker since I wrote my first book, Serve the People, and since this trip, I’ve really gotten into making tortellini, which is basically the same concept, but with eggs in the pasta and Parmigiano-Reggiano, ricotta, and parsley as the filling. I love making a super easy sage butter or pesto sauce to go with them. They are infinitely better than any dried tortellini you'll find!

More: A recipe for pasta-perfect pesto. 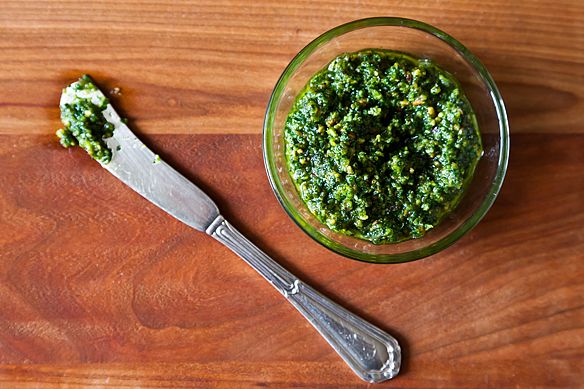 Which country or region among your travels are you most eager to return to for more eating?
It’s a toss up between Iran and Turkey. Both have such interesting food cultures that aren’t well known to Americans. I love the street food culture of Turkey and the diversity of the food -- you get lots of meat and grain-heavy cuisine in the central and eastern areas, but then on the coast, the food reminded me of what I thought of as Greek and Mediterranean. I would love to spend more time in Iran to master all of the rice dishes.

Photos of Jen by Lucy Cavender, all other photos by James Ransom

We're giving away 3 copies of On the Noodle Road! To enter, let us about your favorite noodle dish in the comments below. We'll choose the lucky winners by this Friday, August 2nd at 4 PM EST.

johanna August 1, 2013
Guilin rice noodle soup from this hole in the wall (it was my second favorite Chinese meal after eating at Jen's Black Sesame Kitchen). Congrats on the new book.

Crystal C. August 1, 2013
Went to a place in Seattle where you can watch them make ramen noodles from scratch, was so good!

Pat H. July 31, 2013
My favourite noodle dish is Dan Dan Noodles. I love it with ground pork, and spicy!

ExpendableMudge July 31, 2013
Oh, the noodle...the best carbohydrate ever devised. I like 'em all. Glass noodles to lasagne. But favorite SHAPE of noodle? Always preferred perciatelli. In a lemon-portobello-cream-marsala. Finished with chopped mint, tossed in the last second before the bowl goes to table. I'm drooling....

tloo July 31, 2013
I love all kinds of noodles but my absolute favorite has to be spicy beef noodle soup with the knife cut noodles...yum!

SeaGrey July 31, 2013
Drunken noodles: I love to both eat and make. My favourite is when there is plenty of spicy heat and the wide slippery rice noodles.

David July 31, 2013
I'm dying to have char kway teow again in Singapore. I love pad kee mao. I just tried to pastitsio and need to eat it again. I'm have a hankering for ramen. I'd eat a good rigatoni uncooked. So, all noodles are my favorite.

littlethingamajigs July 31, 2013
Shio ramen with many slices of chashu pork, for sure! I've tried making my own, but not even close to what can be found in Japan...

wwarren31 July 31, 2013
either very-Sichuan-peppery Dan Dan or hand-pulled Xian noodles with cumin lamb on them

Jwilbes July 31, 2013
If I had to choose just one it would be a classic baked macaroni and cheese