A Lunch for Tomato Season 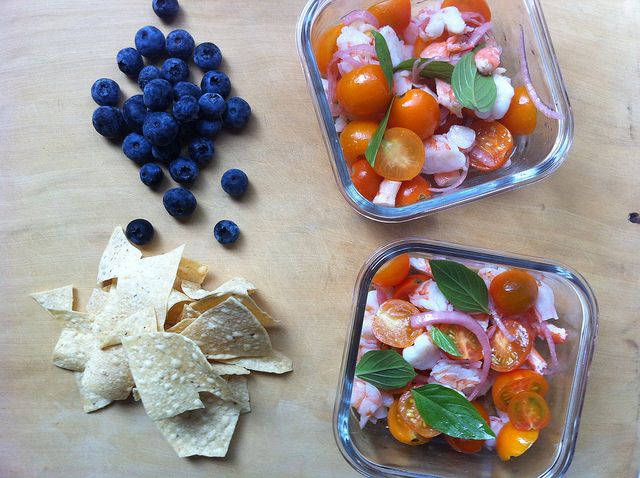 Today, I built a salad around boiled shrimp and golden cherry tomatoes, which are finally -- finally! -- in season in New York. I sliced up the shrimp, halved the tomatoes, threw in a few pickled onions (yes, from the same huge batch I've been trying to deplete for weeks), some Thai basil from our deck, and olive oil and lemon juice for dressing. Blueberries are always a winner. When they're good, they go straight-up into the lunch box; when they're iffy, I toss them with some sugar. For a little crunch, I also tossed in a handful of Xochitl tortilla chips.