Today: Heather Baird of SprinkleBakes lets us in on her grandmother's secrets for making perfect buttermilk biscuits. 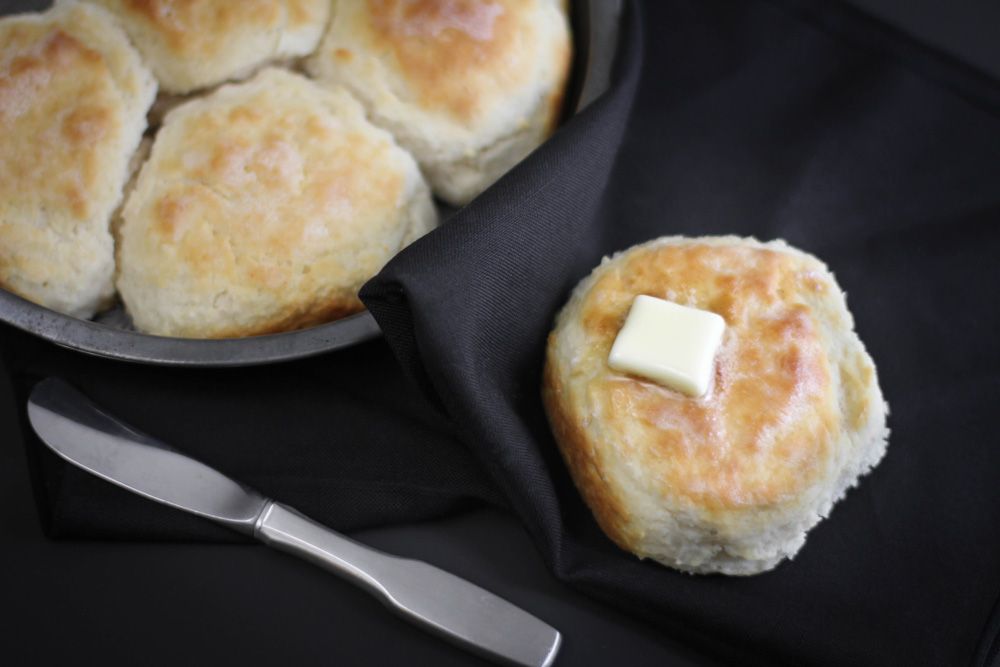 As a child, my grandparents' farm was my favorite place on earth. It was a magical place where baby cows were bottle-fed and chickens hatched before my eyes in incubators. But as much as I loved marveling at all the life buzzing on the farm, there were other -- better -- perks of staying there. My grandmother would let me sleep in until noon and, somehow, breakfast was always ready and piping hot when I woke up. I remember sitting cross-legged at her kitchen table in front of a plateful of eggs over easy, bacon, fried potatoes, sliced tomatoes from the garden, and made-from-scratch buttermilk biscuits.

It’s the latter that tugs at my heartstrings the most. Her buttermilk biscuits sustained my grandfather as he worked in the Tennessee coal mines, and they’d been a staple at her dinner table through the Great Depression. Years later she’d bake those same biscuits for her children, then grandchildren -- and even her great-grandchildren! These biscuits are a beloved part of our family’s southern heritage. 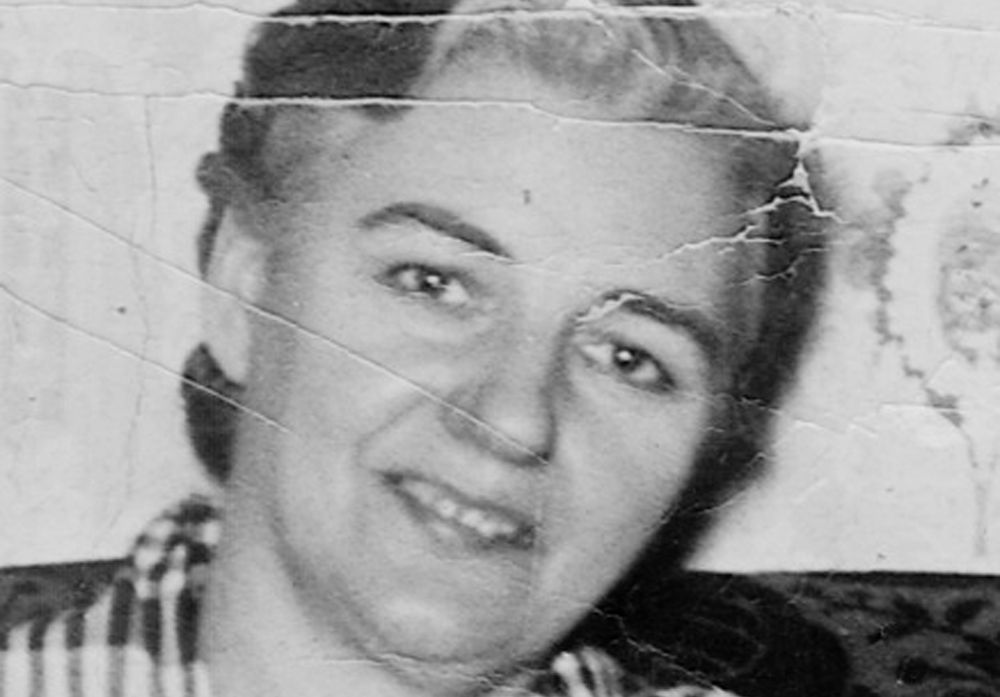 The recipe is simple, but as delicious as it is humble. She rendered her own lard and used it often in the biscuits, but on occasion she’d use the bacon fat saved from morning’s breakfast -- it adds a whole new dimension of flavor, a smoky richness. Rendering your own bacon fat may sound complicated, but it’s really simple. Just fry bacon on the stove top as usual, and when the bacon is crisp and all the fat has melted into the pan, pour it into a heat-proof jar. The bacon dregs (if there are any) will collect on the bottom of the jar and the bacon fat above will turn white and solid as it cools. Store the jar in the refrigerator after it cools completely. You’ll want the fat to be cold for flaky-biscuit-making. 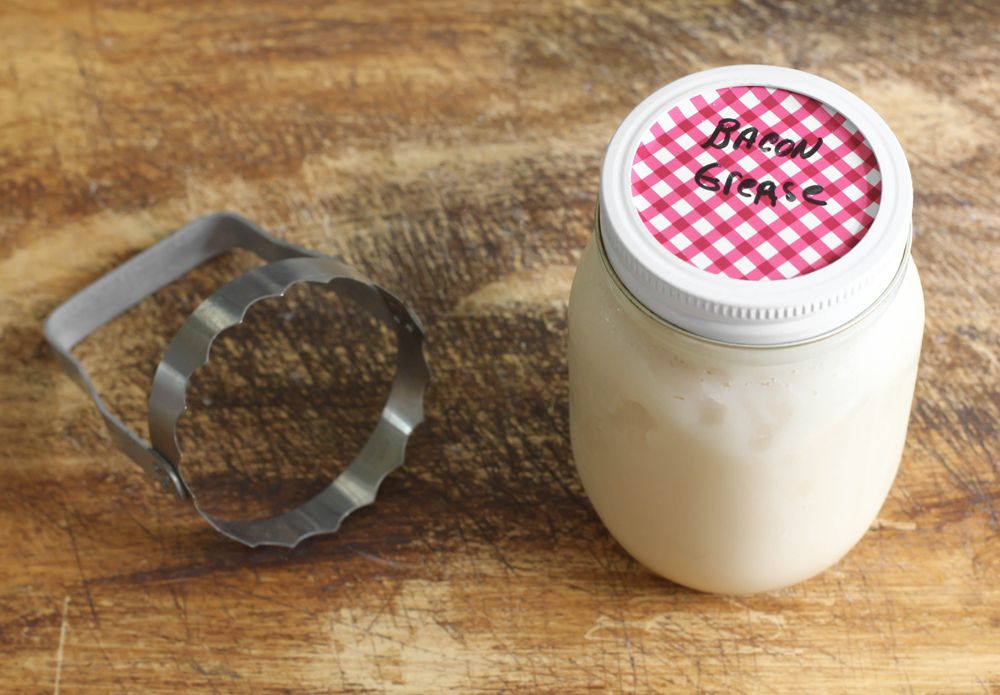 Put a little homemade apple butter on them, and you’ve got heaven. 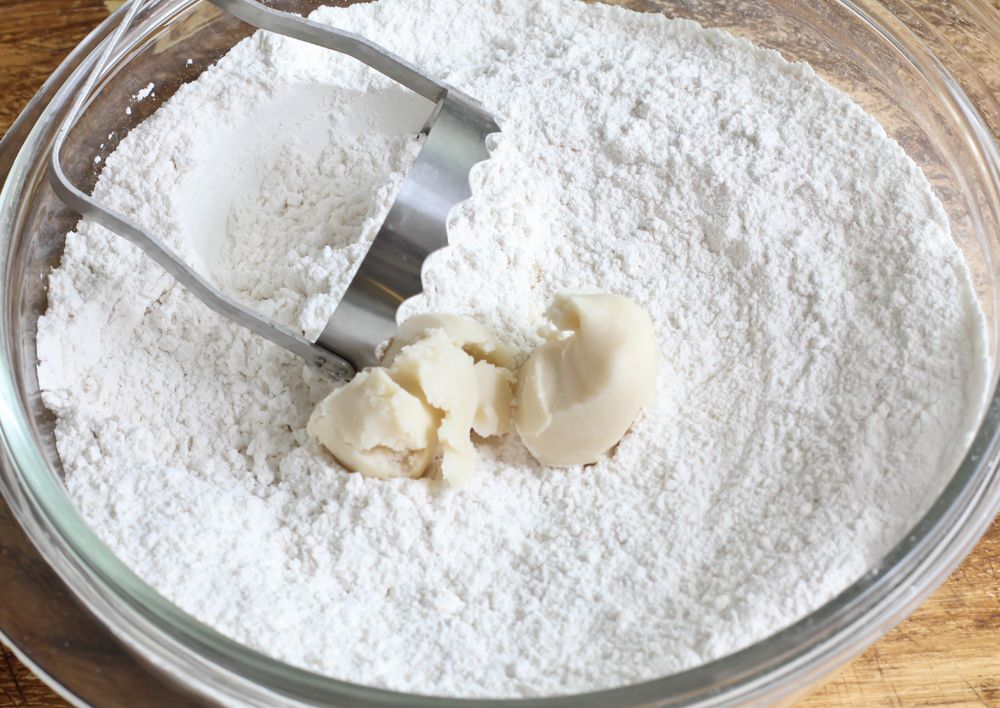 After several minutes of blending, the fat should be roughly cut into pea-sized crumbs. 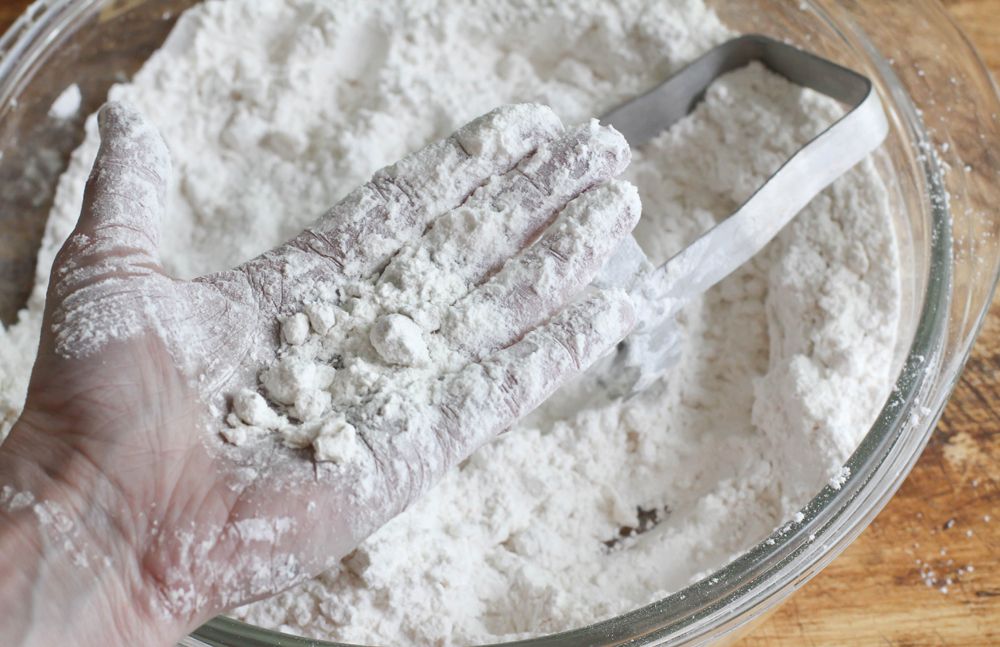 Make a well in the center of the mixture and pour in the buttermilk. 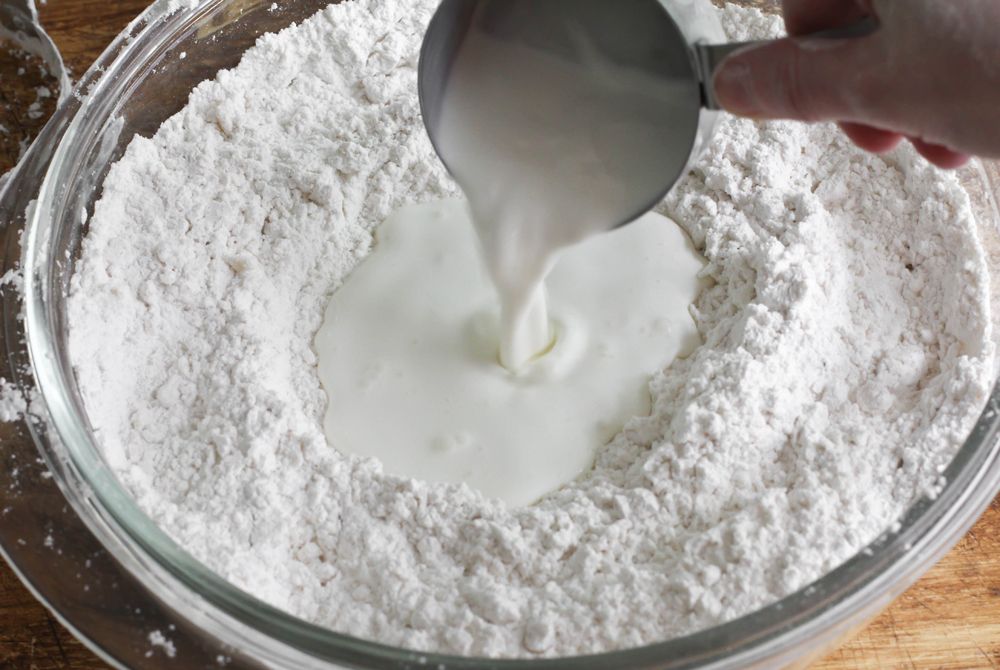 Mix with a fork until the liquid and dry ingredients are just combined and a sticky dough is achieved. If your dough is too stiff, add 1 to 2 more tablespoons of buttermilk. 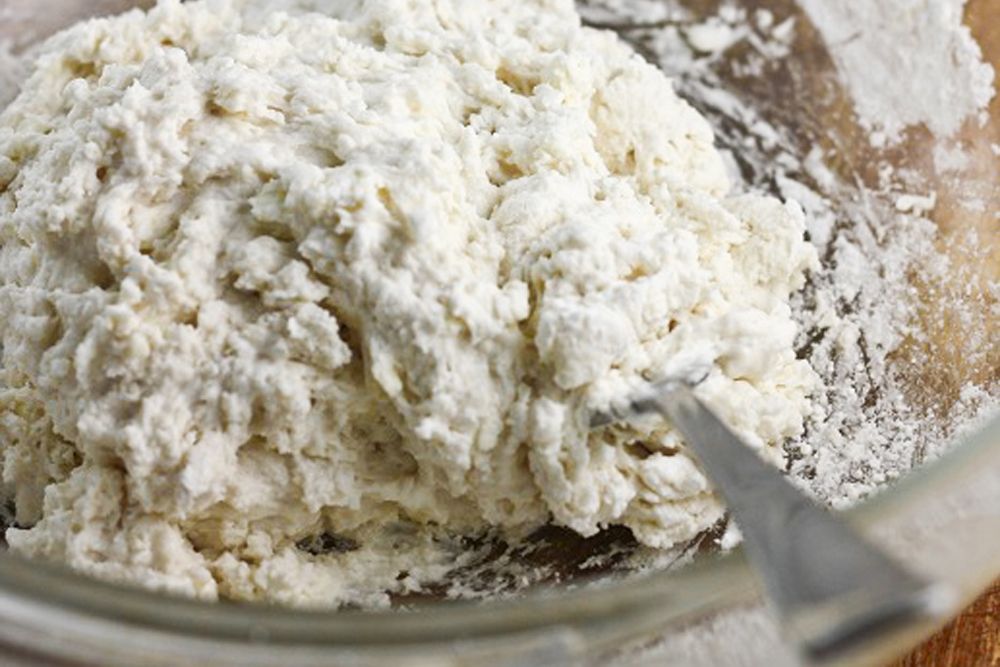 Turn the dough out onto a lightly floured surface and then lightly sprinkle the dough with additional flour. Knead briefly and pat the dough flat with well-floured hands to 1 1/2" thickness. 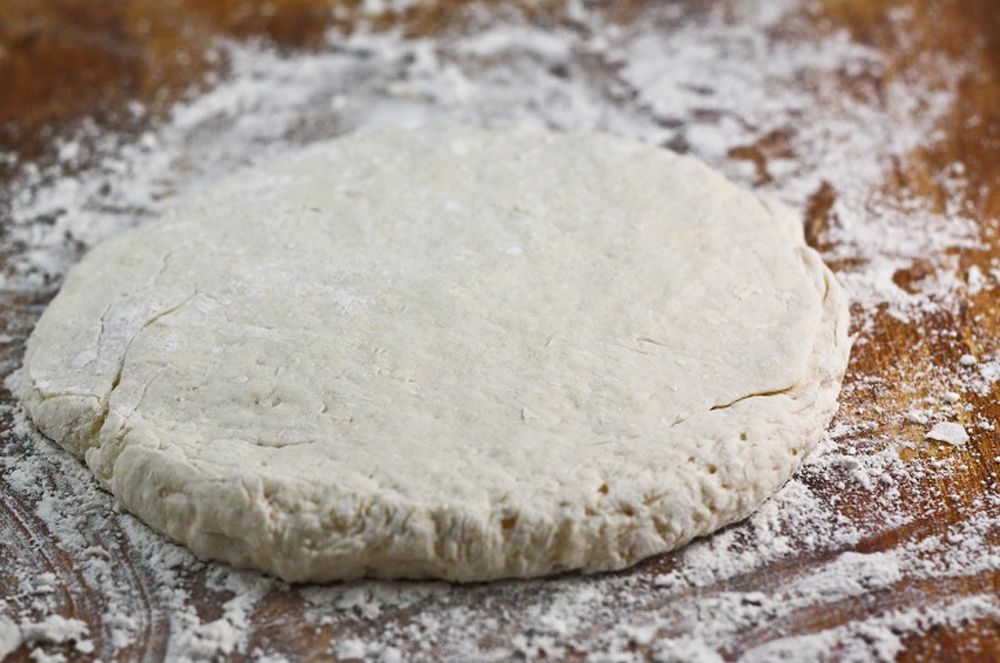 Cut dough into rounds using a 3 inch round biscuit cutter or cookie cutter (here I’m using a can that once held mandarin oranges). Re-roll scraps and cut more biscuits until all of the dough is used. 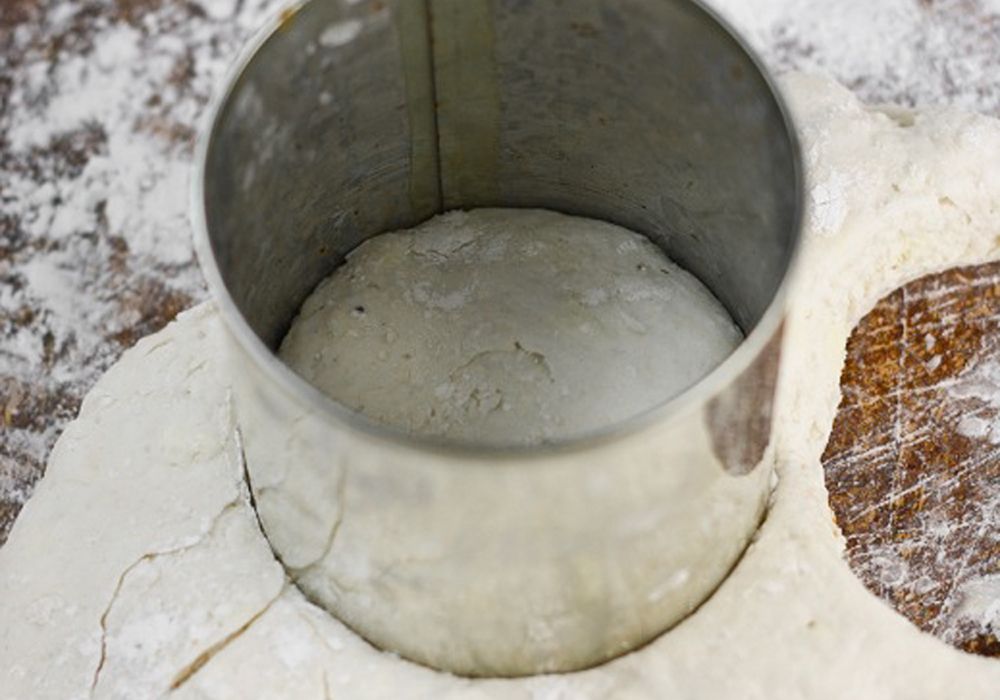 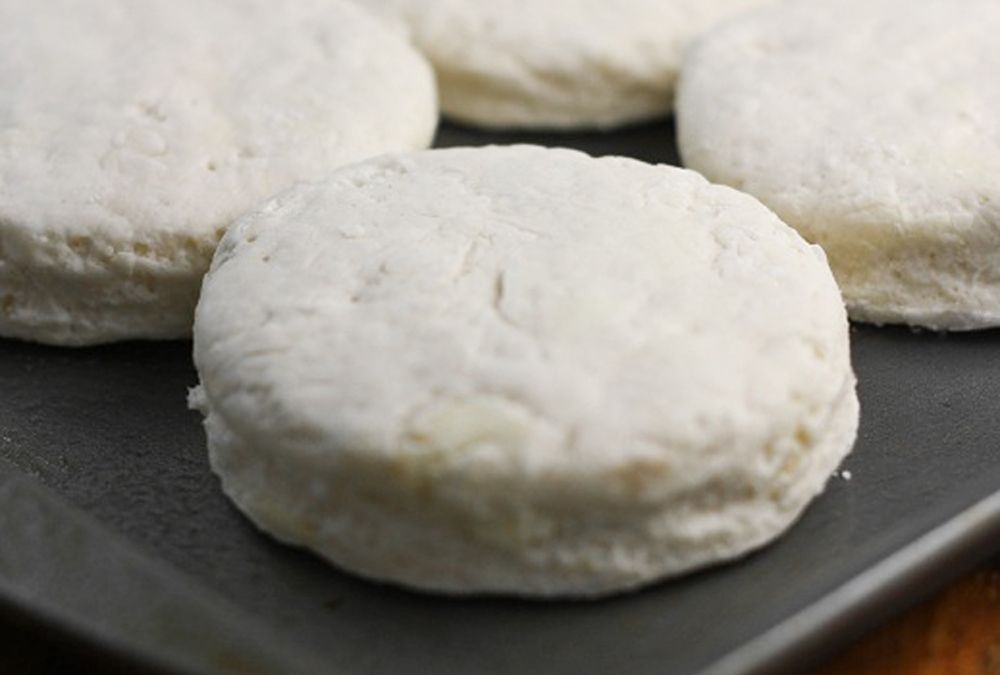 Bake for 15 to 20 minutes, or until golden brown and fragrant.  Brush with melted butter and serve.

sprinklebakes.com
I'm Heather, an artist-turned-baker with a passion for desserts! I write the SprinkleBakes blog - a place where I show people how to add more sparkle to their baking. I live in Knoxville, TN. with my husband Mark and two pugs named Biscuit and Churro. My book "SprinkleBakes: Dessert Recipes to Inspire Your Inner Artist" was published May 2012.

culture_connoisseur August 9, 2015
For those of us who do not eat pork products, ould I successfully substitute the bacon fat for duck fat? These look devine!

Laura H. January 30, 2015
These look just like the ones my grandmother made. I grew up in VA. Thanks for sharing this treasured recipe.

reggirl October 27, 2013
Sounds delish, but a diabetics nightmare unfortunately. They actually look like our Australian version being scones or damper.

Mona August 6, 2013
Any substitution for the bacon fat? What can I use instead? Or can I omit it?

Arthur I. August 6, 2013
Here, in The South, biscuits are served with every meal!

Kathryn V. August 6, 2013
I remember the days my grandparents spent rendering lard in the kitchen. Those memories rank right up there with the afternoons spent shelling lima beans in the shade of the cherry tree.

suzanne_bouza_sparks August 5, 2013
I WILL be making these biscuits as soon as I pick up some buttermilk. I already have the bacon grease in the fridge:) Can't wait!

Laura H. August 5, 2013
Wow, this takes me right back to Virginia. Eating perfect biscuits and gravy with scrambled eggs and garden fresh tomatoes in my own grandmother's kitchen. My grandmother always had some rendered bacon fat at the ready for cooking with. Oh, it smelled so good.