Every week, we’re unearthing Heirloom Recipes -- dishes that have made their way from one generation's kitchen to the next.?? 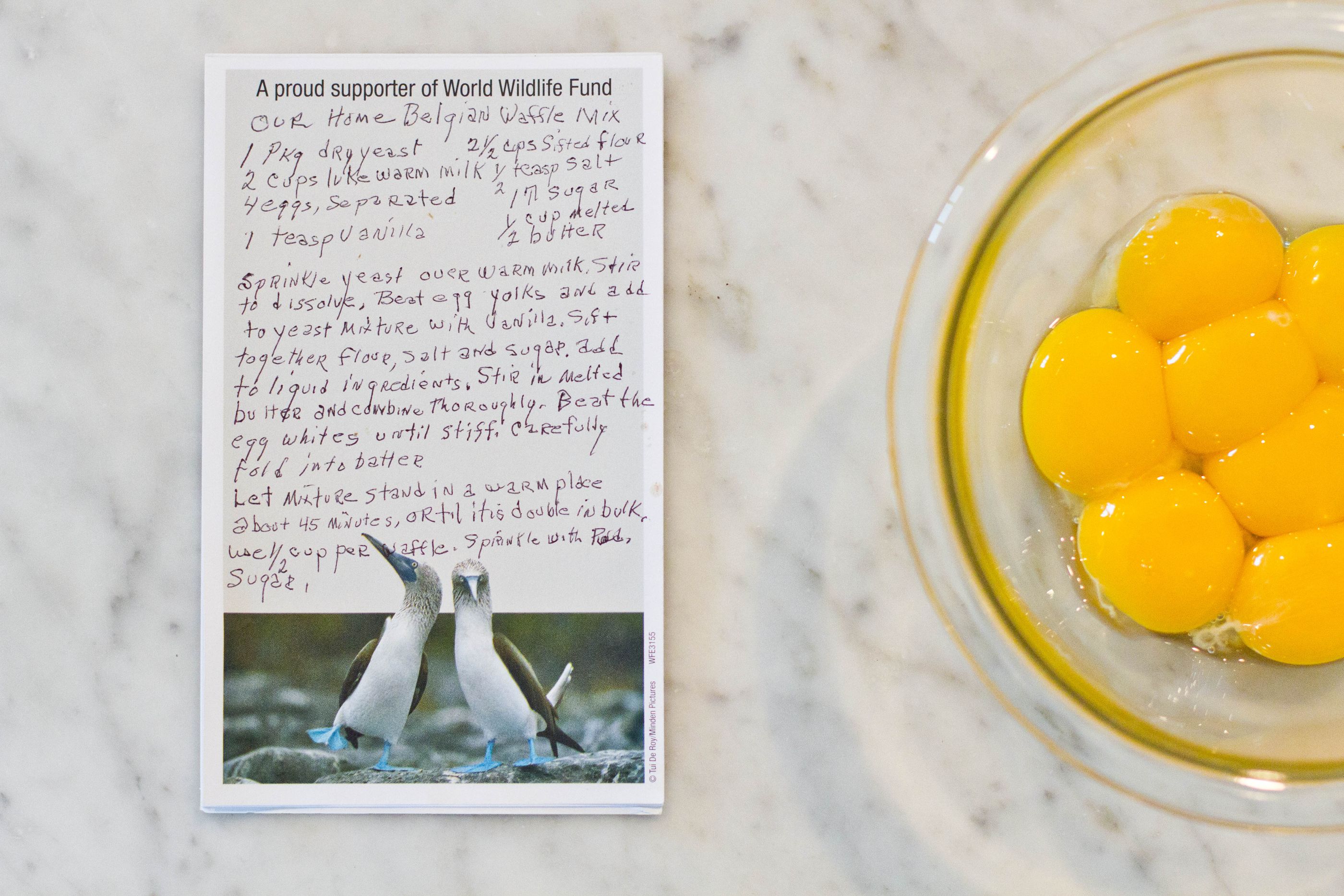 The last time I shared a kitchen with my grandma, she was 92 and led the way in showing me how to make lady locks – a croissant-esque cookie stuffed with cream – in the house where she’s lived for the past 54 years.

But at this year’s family vacation at a rented beach house along the North Carolina coast, Grandma barely set foot in the kitchen. Grandma is 94 and, though she is still herself, she now travels with an oxygen tank and has slowed down considerably. In fact, I’ve never seen her, someone who once told me that “installing tile yourself is really no big deal,” more content to be waited on.

I like to complain that I come from a culture-less, tradition-lite family. We don’t have a special Thanksgiving or Christmas dinner that must be recreated in its exactness every year. We’re a little Irish, a little Swedish, a little English, a little German, but we’re not enough of anything to speak a foreign language or even guess “lingonberry” in a game of charades—even if I had them saying berry and sounds like sling.

But we do have a few specific traditions. One: our annual beach vacation. And two: eating Grandma’s homemade waffles at some point during this gathering. As a kid, these beach waffles tasted like no other waffle I’d ever known. They smelled bready, yet were light and subtly sweet. I could eat them plain, straight off the waffle iron, though I usually topped them with sliced peaches and whipped cream.

The dough lived in a giant bowl that seemed to be permanently filled to the brim. When I got older, I realized that bready smell was the yeast and that Grandma’s dough never started at the brim but rose there overnight while we slept.

I hadn’t been able to make it to my family’s annual gathering the past two summers, so this one -- which was set to be Grandma’s last with the family as she is giving up her home in Pittsburgh in order to move to Taos, New Mexico to live with my aunt and uncle—really had to count. So I asked my mom to pack her waffle iron and Grandma’s recipe.

When my husband and I arrived at the house, Mom got right down to business planning out our meals – making sure to ask “when are we going to have Grandma’s waffles?” I went ahead and started the dough at 9:30 AM so they’d be ready for lunchtime. Doubling the recipe, I mixed the ingredients in the biggest bowl I could find in the sparsely stocked kitchen, while Mom sliced the fruit -- strawberries and of course, peaches. All the while, Grandma watched The Cooking Channel in the living room. ? 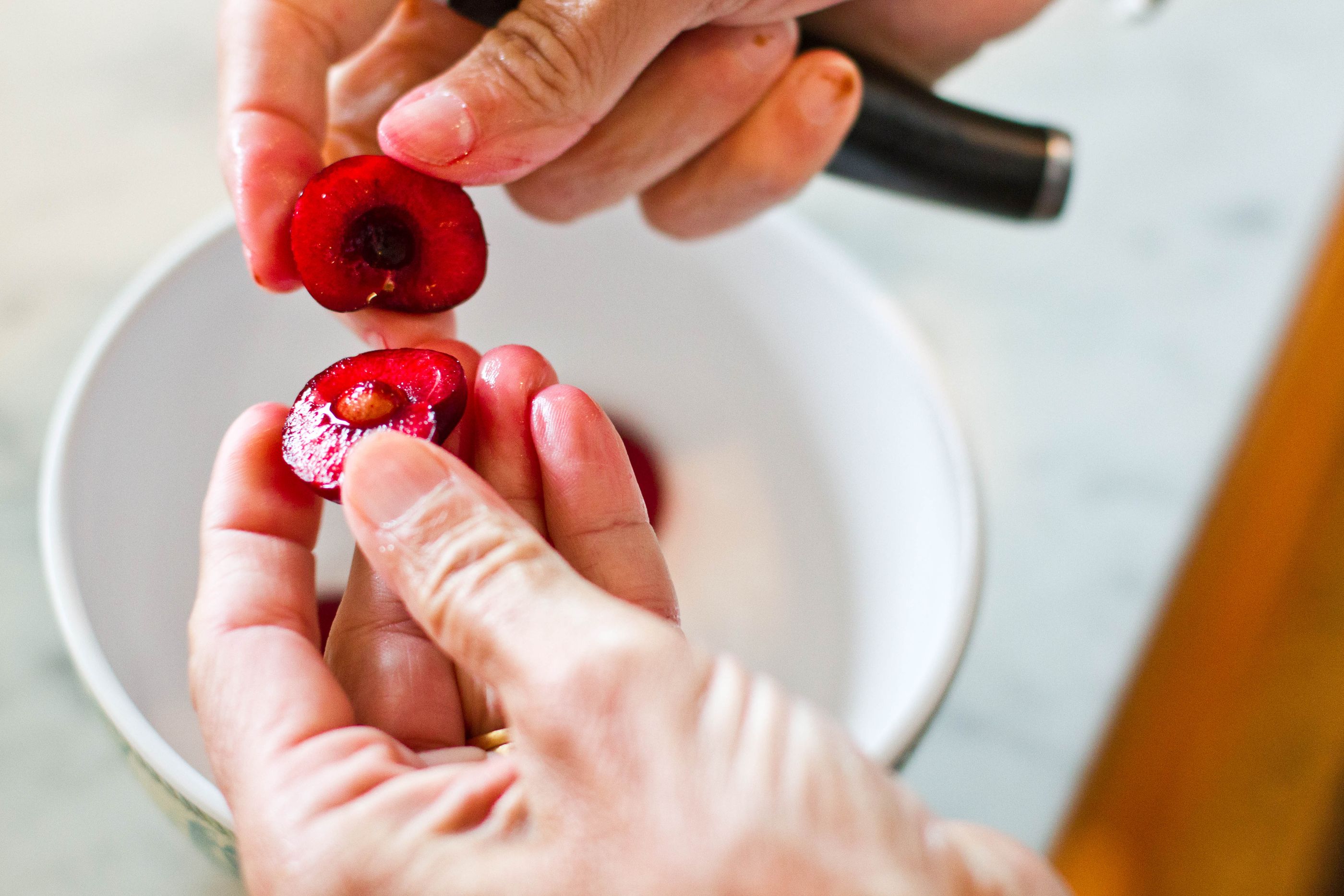 By noon, the dough had doubled in size, rising to the brim just like it was supposed to. But corralling a group of seven to eat lunch when the sun is shining and the beach is a block away isn’t an easy feat. And as I stood and manned the waffle iron, producing golden duos of waffles, one after the other, I heard my brother, referring to me by my nickname, tell my step-dad that “Amy’s waffles” were ready.

I’m four months pregnant as I type this. In fact, while we were at the beach, my grandma gave me a check for one-hundred dollars with the words “expected child” written in shaky cursive as the memo. I don’t own a waffle iron, but maybe I should use Grandma’s gift to buy one. And maybe one day, my future son or daughter will refer to them as my waffles. But to me, they’ll always be Grandma’s. 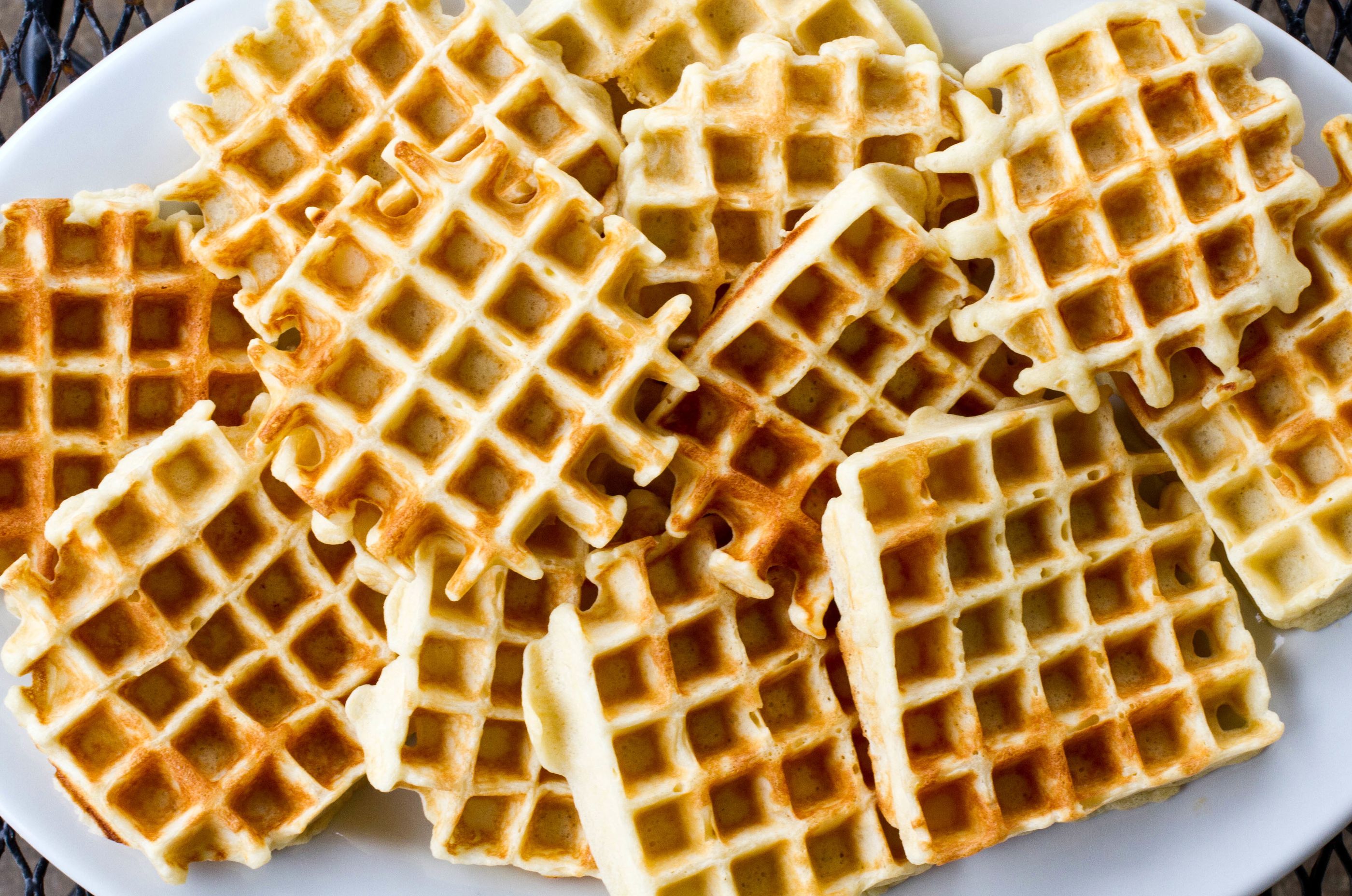 Lexie February 22, 2015
I love your story. Thank you for sharing it with us. I will make your grandma's waffles next week an we will say a little prayer for your beautiful family.

Winifred R. March 25, 2014
You could try Ener-G egg replacer found at health food stores. The product should give you replacement quantities. It will foam if beaten, so I'd say beat it and add when the whites should be added. I'm not saying that this will be the same as the recipe as given but should be a reasonable facsimile for someone allergic to eggs or who for other reasons cannot eat them. Hope this helps.

Nishita March 25, 2014
Hi! Can you please tell me the substitute for egg? I cant use eggs! Please reply. Thanks.

muse2323 August 27, 2013
My grandma had a sugar cookie recipe that I've never seen reproduced (similar, yes, but not HERS). My mom's copy says Sieving Sugar Cookies (Sieving being my grandma's maiden name), but I always think of them as Grandma's cookies, too. But here's the kicker. No one can make the recipe work like Grandma did. We measure everything exactly like she did--she showed her interested granddaughters several times how to make them--and even using her old handmixer, they're still not quite like hers. For one, she could get the dough to a state where she could roll it out. Unless we add more flour (which changes the cookies, of course), we can't get that. Fortunately, dropping the cookies & flattening them a bit works pretty well; it just doesn't produce the perfect circles that were Grandma's Cookies.

Fortunately, her fabulous lemon meringue pie wasn't half as hard to replicate--and with a bit of experimenting, my mom was able to adapt it to use the microwave instead of stovetop, too. (I've never seen that recipe posted anywhere, either.)

Lucy's M. August 27, 2013
Your story brought tears to my eyes. I, too, have treasured "Grandma" recipes that I hope will remain in the family for generations to come.

Matilda L. August 27, 2013
I think another chapter should be forthcoming for the lady locks recipe (and story)! I loved reading this article--thanks, Amelia. Food52, I love this series!

Amelia M. August 27, 2013
So glad you enjoyed, Matilda! And as luck would have it, I wrote up the Lady Locks adventure with Grandma, complete with recipe, a couple of years ago. You can find it here: http://www.bonappetempt.com/2011/04/serious-food-in-kitchen-with-grandma.html

louisez August 26, 2013
Thank you for telling us about your grandmother -- and for her waffle recipe. And kudos to Food52 for the new Heirloom Recipes articles -- a wonderful idea, wonderfully done.

Winifred R. August 26, 2013
I like raised waffles better than non-raised, myself. Not knowing where you came to the beach from I don't know if you hit the fruit stands to "get a peach for the beach" from the north side of the Outer Banks or not, but it seems I've found the earliest of the season there. Usually they're delicious. This so sounds like a wonderful Outer Banks vacation - and with Grandma. Take my advice and as soon as you can go see her in Taos. If you get there this year, you can enjoy some great chili and chiles. Late summer they have terrific fruit from up the canyons, too - so waffles should be there even if Grandma isn't. Share with your aunt and uncle and youngster. It will be wonderful!