Today: Molly Yeh from my name is yeh shares a dumpling recipe that pleases year after year. 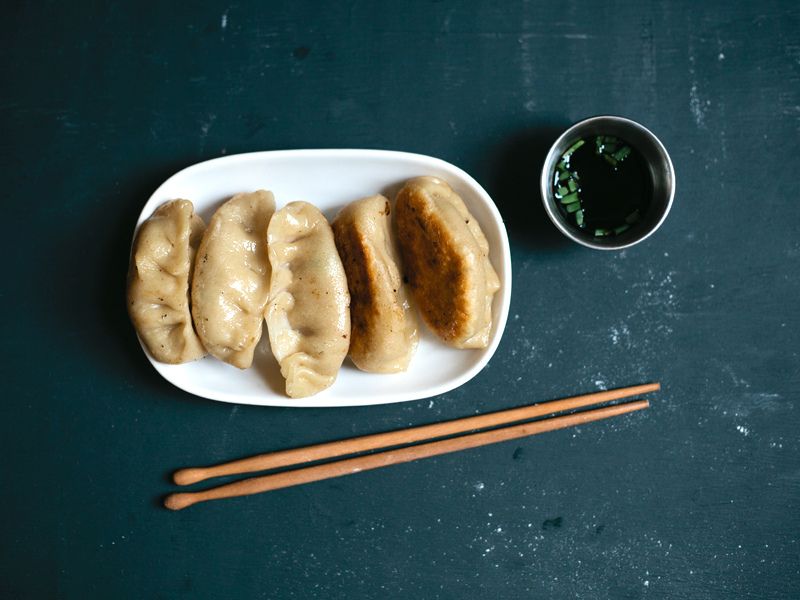 There was a time when approximately half of my diet consisted of potsticker wrappers. Not full potstickers -- just the doughy outsides that had been flavored with juicy innards. Doughy potstickers whose fillings were held together like a little meatball were the easiest to eat and therefore the best. Those with mushy fillings that exploded everywhere when you unwrapped them made my shit list (though I was four, so it wasn't actually called my shit list). 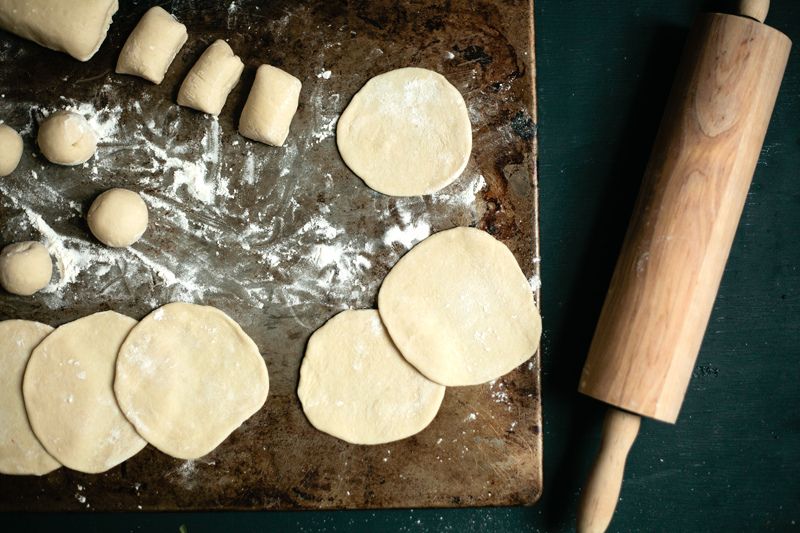 Since the day I could say thoy thauce -- that's "soy sauce" with a lisp -- my favorite potstickers have been my mother's. Which is unusual because she's my Jewish parent...my dad's the Chinese one. He may be why I have a deep love for Chinese food in the first place, but sometime early on, my mother took a dim sum class and came up with a recipe for unbelievable potstickers. 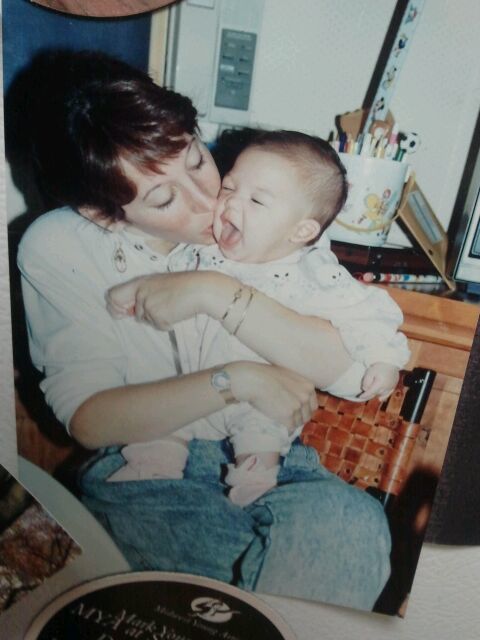 My family makes them every year for Chrismukkah at our annual Dumplings of the World festival. The festival typically consists of a rotating selection of five or six dumplings. We've made bao, empanadas, gnocchi -- anything doughy. We often try new recipes, but one constant of the menu is these potstickers. Everyone loves them. 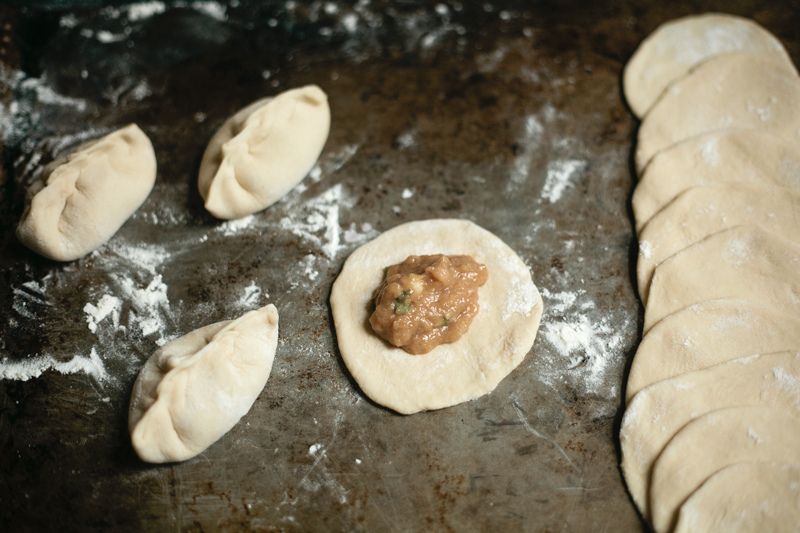 And we wouldn't dare go near store bought wrappers. Our wrappers are thick, and they house a gingery chicken filling that holds itself together if you're just going for the dough. 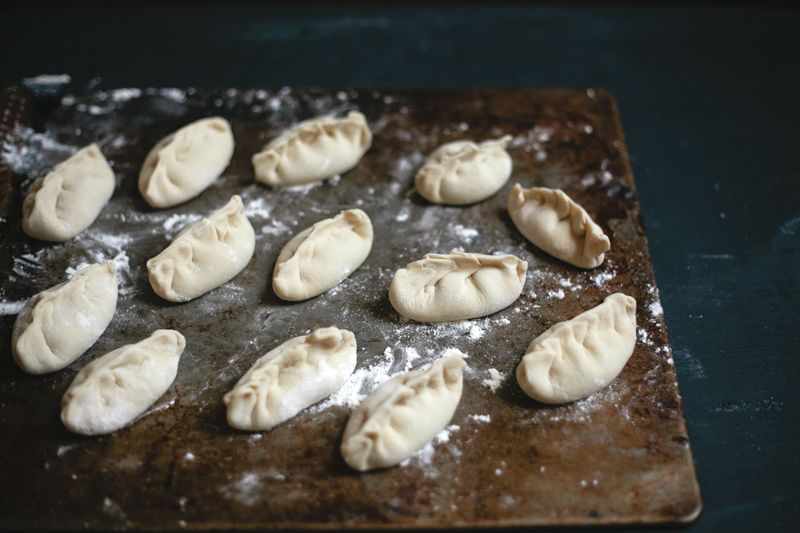 For me, nothing says the holidays like folding my own potstickers and then eating as many as I can while watching The Santa Claus for the trillionth time. 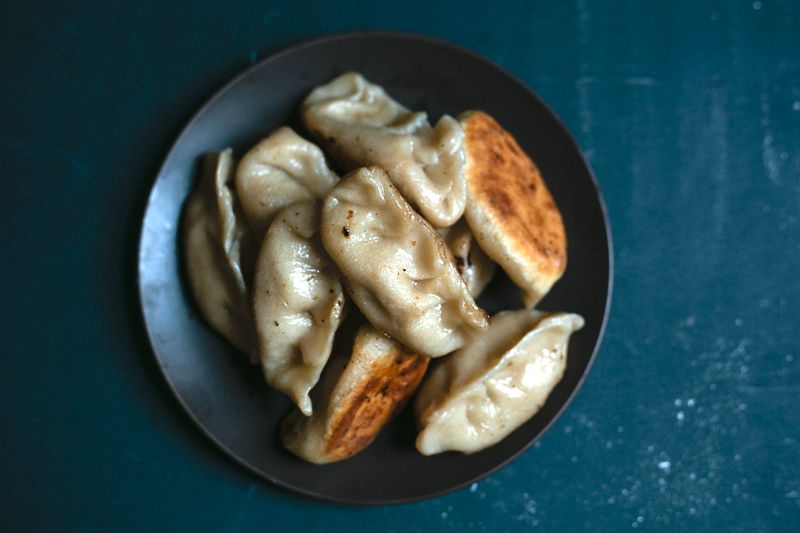 alexandra @. November 19, 2013
sheer brilliance. my favorite part of the pierogi I finally tried my hands at this weekend was the perfectly chewy dough that was seared in that delicious caramelized onion + butter in the skillet. so I'm probably with you on this potsticker dough thing. thinking Imma have to make potstickers my next item on my to-tackle-in-the-kitchen list!

Brette W. November 18, 2013
I NEED TO GO TO YOUR DUMPLINGS OF THE WORLD FESTIVAL

student E. November 18, 2013
wonderful! i love all dumplings and these look particularly delicious! one method i've tried for cooking them is to pan fry and then add water to the frying pan and cover. helps prevent some of the splatter and you still get a good sear!

Valerie November 18, 2013
My husband make something similar with shredded pork and cabbage. Since they are a lot of work we usually make a bunch and freeze small bags of them for quick lunches later. These look tasty and I'd like to give them a try. Do they freeze well?