Today: Anya von Bremzen talks to us about Russian cooking, writing a memoir, and all things yeast. 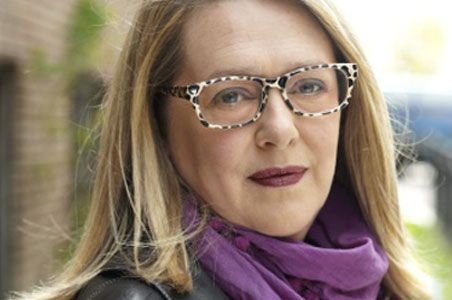 Anya Von Bremzen is known for writing about extravagant delicacies in far-flung places around the world. She has received three James Beard Awards and authored five cookbooks. So her provocative and honest memoir, Mastering the Art of Soviet Cooking: A Memoir of Food and Longing, is a departure from her past works.

Von Bremzen paints a beet-stained picture of what life was like growing up in Russia through the rule of Stalin, Lenin, Khruschev, and Gorbachev before emigrating to America. The book is separated by decade, starting in 1910; each chapter is a collection of von Bremzen family anecdotes, with recipes sprinkled throughout. Recipes range from the kulebiaka, a pastry filled with fish, rice and mushrooms, which von Bremzen describes as "so-time consuming that I can't really recommend you try at home;" to Dad's Über Borscht. And naturally, there's plenty of vodka. Read on to learn how this memoir came to be, and get her recipe for Russian Blini.

This book is quite the departure from your past works. What inspired you to write the book -- and why now?
All my professional life as a cookbook writer and restaurant critic I was haunted and inspired in equal measures by Russia's epic, existential relationship with food. The story is almost Tolstoyan in scope, of hunger and improbable feasts, of longing, despair, but also of domestic triumphs over adversity. And so, I set off to write a memoir that would capture the entire Soviet 20th century through food and family stories. It was long bottled inside me -- until I felt it was time for it to come out. 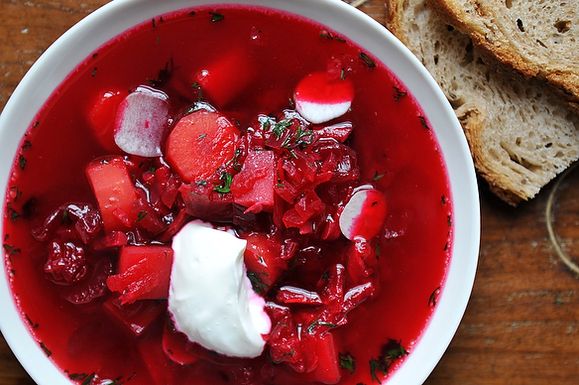 When you first arrived in the U.S. from Russia as child, what were your impressions of American food? What did you gravitate towards?
I experienced a deep culture shock, when after dreaming of American abundance in the USSR I encountered it in the flesh. The flavors and colors were strange to me: the black Oreo cookie, the Day-Glo orange Velveeta, banana splits that could feed a Russian family for a week. But we landed in Philadelphia and I developed an instant addiction to cheesesteak and hoagies.

What effect do you think scarcity had on how Russian food developed? How did your family get creative when rations were limited?
It was difficult to develop taste when ingredients you got attached to would just disappear one day. But the resilience and feats of improvisation were extraordinary -- and imaginations made up for a lot. My mother could improvise a feast from thin air: a wonderful borscht from a few forlorn beets, or fantastical desserts from a can of condensed milk. Scarcity made you extra-aware of what you were eating. It heightened the flavor of food. 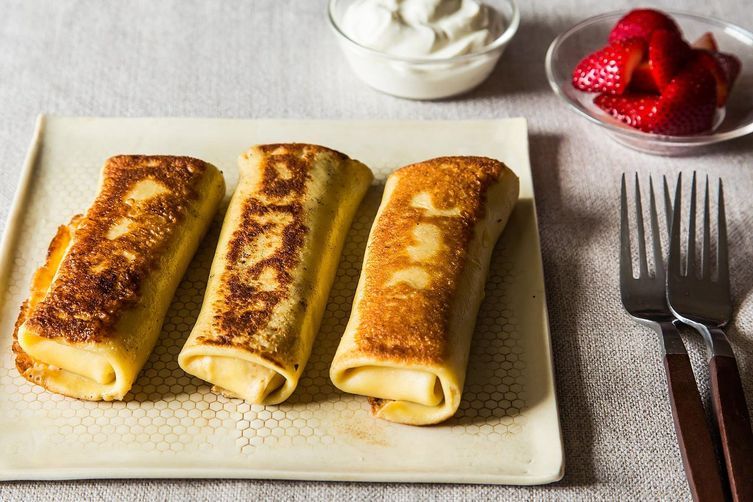 You start with the kulebiaka -- and end with the blini. Both are crêpe-focused dishes. Any significance to this?
Blini and savory baking -- anything with yeast -- is the most primal, archaic Slavic flavor. Many classical Russian dishes were lost after the 1917 Revolution but yeast dishes mostly survived. Some things outlive political regimes and changing tastes. So it was fitting to start and end with yeast. And blini are a ritualistic dish served at births and wakes and commemorations. Blini are eternal, the celebrate the cycle of life. 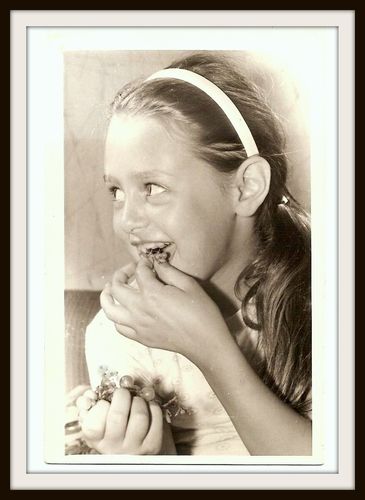 Food has such a nostalgic element for many; what impact do you think food has on those memories? What is the most comforting dish from the book from you?
In the book I explore the complexity of a nostalgia for a difficult past -- it's what I call the "poisoned madeleine" factor. And yet I do miss Soviet food and find much of it really delicious. From the book I love the Salat Olivier, a colorful potato and pickle salad in a tangy mayonnaise dressing. It's the most exported Russian dish: One finds it in Iran, as part of a Spanish tapas spread as "ensaladilla rusa", even in a Korean panchan. Because it's so yummy.

Photo of Anya by John von Pamer. Anya as a child photo from Mastering the Art of Soviet Cooking Published by Random House (September, 2013). All other photos by James Ransom.

angeline February 14, 2014
Great interview! We also spoke with Anya this week and you can check out her interview here:

student E. November 27, 2013
I am currently reading this book right now and it's one of the best food books/memoirs I've read in a long time. Hurrah!

gwen November 26, 2013
I can't wait to pick this book up for wintertime reading! Von Bremzem's cookbook The New Spanish Table is one of my go-to favorite collection of recipes.