Today: Anna Hezel shares a recipe for a different kind of sugar cookie. 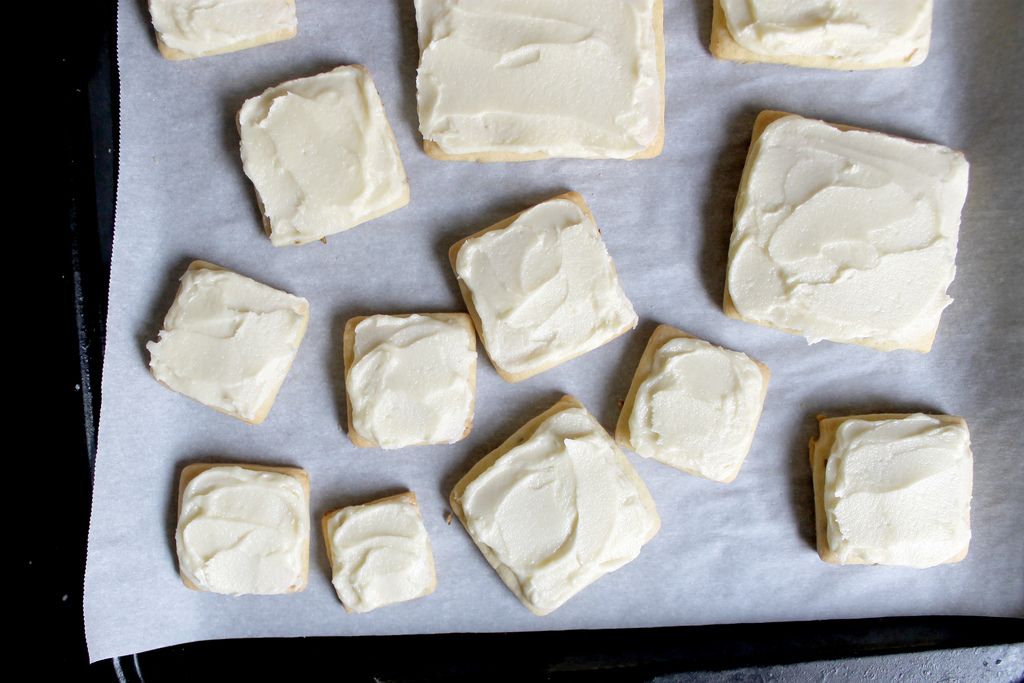 My father was raised by wolves. This is what my mother tells people.

Actually, he and his four brothers were raised by a single father in a housing project in Buffalo, New York back in the 50's. Their mother died when they were all very young, and while my grandfather worked long days at the bank, the five boys were left to their own devices to scale aqueducts, sled across barely-frozen lakes, and wreak havoc on the neighbors' victory gardens.

Any motherly affection these wolf cubs experienced while growing up came from aunts or friends of the family. One time a young, pretty social worker came to the house to speak to my grandfather. My Uncle Richard, who was two at the time, looked at her in awe and asked, "Can I kiss you?" 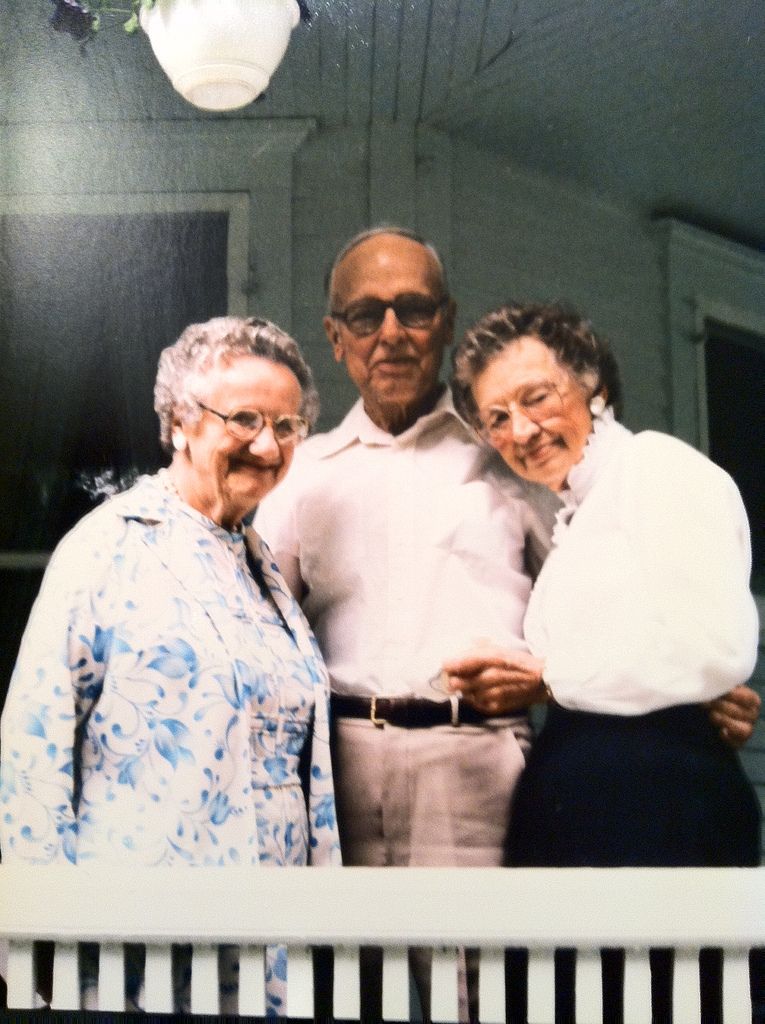 Handily, my grandfather was one of 14 children, all living among the German immigrant community of Buffalo. One of his sisters was Aunt Clara.

Aunt Clara married another German from Buffalo and inherited this recipe from his German mother (putting the recipe's origins somewhere in the late 1880's). She baked the cookies diligently each year for Christmas and hid tins of them under her bed so that her children wouldn't sneak too many.

When my mother married my father, these cookies became part of our family tradition too. Coming home from school on bleak December afternoons, I would find trays upon trays of these strewn about the kitchen, and I would offer to help frost them, knowing that it meant sneaking a few for myself along the way. 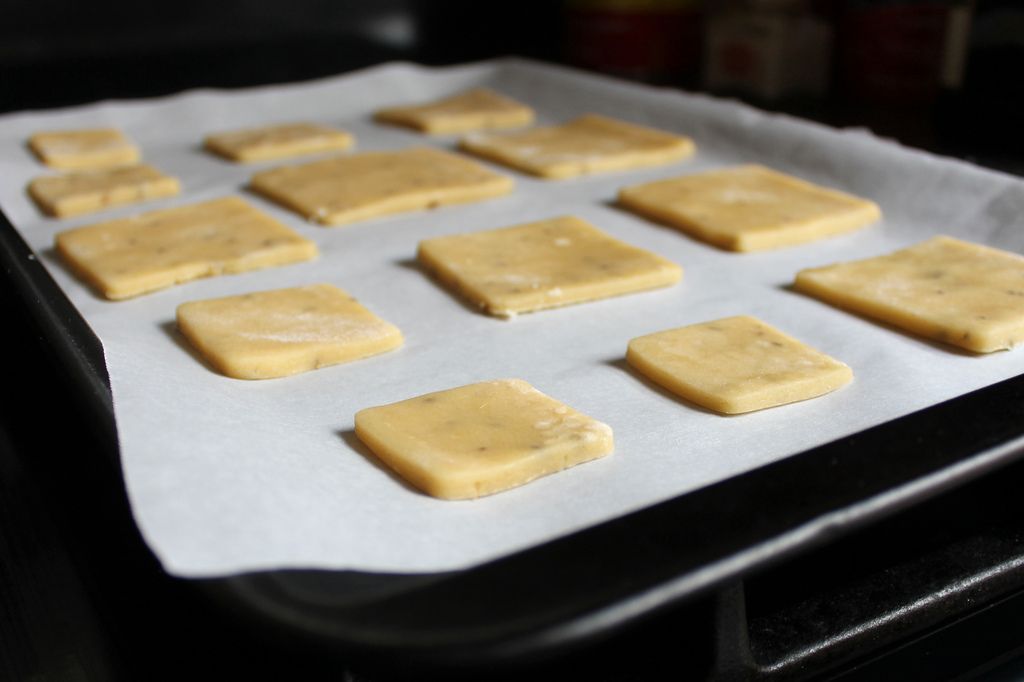 Part of the magic of a recipe from the 1800's is that it does not contain very much sugar. The cloying sugary overkill I often associate with sugar cookie cutouts is absent here, replaced by a mellow, buttery bite of delicate vanilla, followed by the faint crunch of seeds and the refreshing echoes of anise. After a holiday meal, give me a cup of tea, a clementine, and one of these cookies, and I will be filled with content. 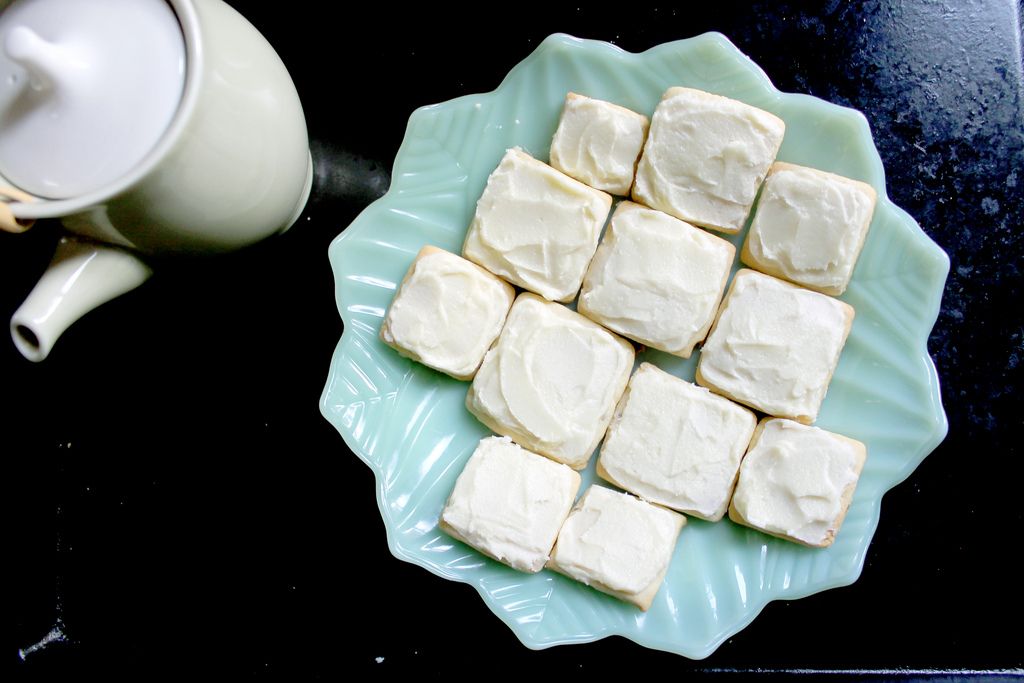 amymm December 11, 2013
The story is as lovely as the photo of those square, iced, anise beauties.

I_Fortuna December 11, 2013
I nearly overlooked this great recipe because the picture was not attractive to me. I am glad I caught myself because this recipe looks like one I would like to use this year. I will be making a sugar free royal icing and decorate with festive wafer paper from fancyflours.com. I will also be making Springerle with two new cookie molds. Will this recipe work for Springerle? I notice the cookies stay pale which is what I want. Some of the other Springerle recipes don't appeal to me but this looks like it will work. Thanks!

Lindsey December 11, 2013
I noticed that the ingredient list here calls for "1 teaspoon cream of tartar" but when I click over to the full recipe cream of tartar is not mentioned. Any way of knowing which version is correct? What did Aunt Clara intend? Not only do these sound amazing, but I love the story behind them as well. Can't wait to whip up a batch to share with my own family.

Anna H. December 11, 2013
Hi Lindsey, I've just updated the recipe to include the cream of tartar. Thanks for noticing!

Jeremy B. December 10, 2013
Well done, Anna! The story of your dad's childhood makes so much sense!

Anna H. December 11, 2013
I hope you're getting in some Buffalo wings, beef on 'weck, sponge candy, and Paula's doughnuts!

Sarahrah December 10, 2013
There is such a difference with a cookie that uses anise seed, rather than the extract!

rizzle December 9, 2013
I love anise cookies...and I love the story. I will start keeping my cookies in tins under my bed once my daughter gets old enough to start seeking them out herself.

Anna H. December 11, 2013
Just wait—it will be happening sooner than you expect!

Droplet December 9, 2013
I love how beautifully the recipe goes with your story. A tender white anise cookie where the popular spiced Lebkuchen would have logically earned a place :). Thank you for sharing.

Anna H. December 11, 2013
I love lebkuchen too around Christmas. The Germans really know a thing or two about Christmas sweets!

Blissful B. December 9, 2013
Great story! And the cookies look so unique and delicious.

Kristen M. December 9, 2013
Your family sounds awesome. So do these cookies.