Today: A new way to drink your afternoon tea. 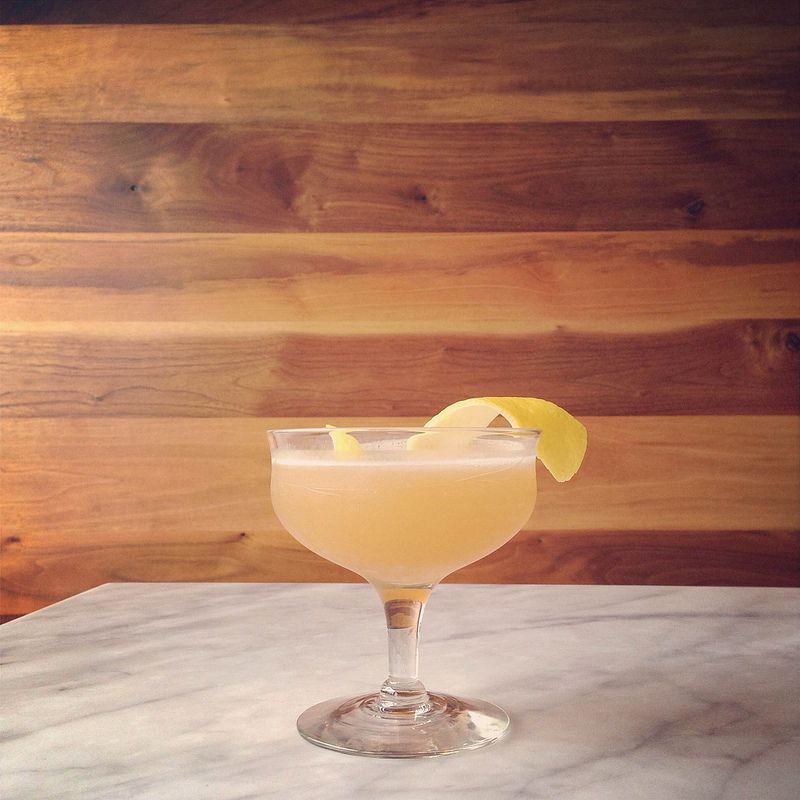 Whenever our bar manager Niah comes up with a new drink for the menu, we all gather around to taste it, and then we begin beating our heads against the wall. Ah, naming cocktails! The kind of activity that sounds like a real riot, but is, in fact, on par with scrubbing yesterday morning’s oatmeal pot! Ideally, a cocktail name should be interesting, evocative, and a little descriptive. It should not, however, be too clever, cheesy, or so descriptive as to be dull. It should also speak to anyone, which is to say that it probably shouldn’t be too girly, or too bro-y, or too profane to order in front of your in-laws. A name has a big job to do, but first, we have to do ours.

Of course, there are some cocktails that spring into being with an obvious name – fully formed, like Athena from Zeus’s head. As the person in charge of writing the menu (and thus finalizing names), I am very grateful for those cocktails. This week’s drink, the Sherlock & Watson, is one such example, and it’s also tasty enough that I had a hard time not drinking it when I shot these photos, even though it was 10 o’clock on a Wednesday morning. I like my job.

More: Have another -- try Molly and Brandon's Man-About-Town. 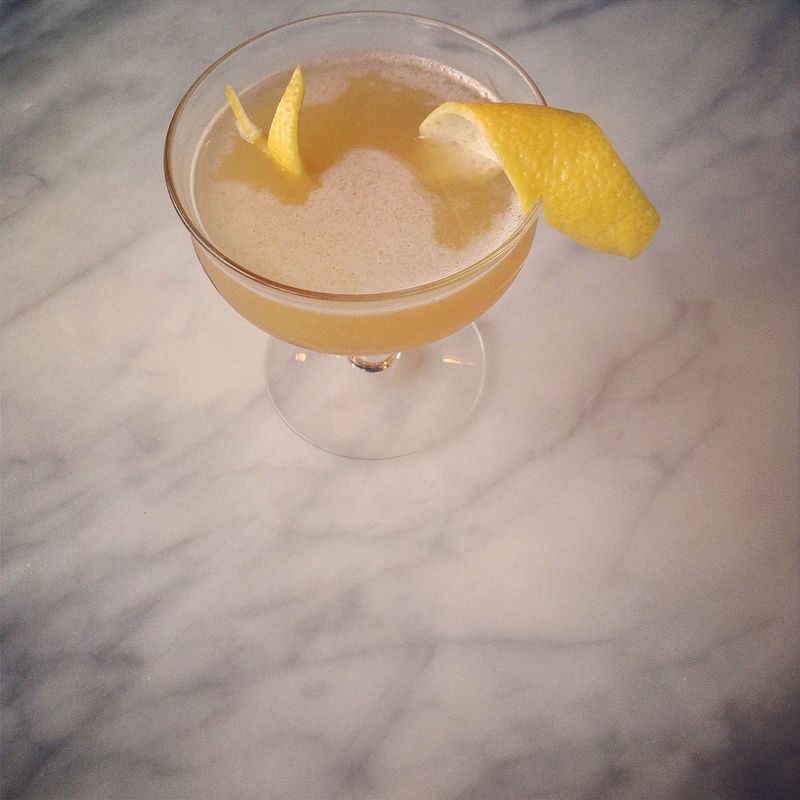 Niah came up with the Sherlock & Watson this past fall, shortly after Seattle’s new whiskey producer, Westland Distillery, released their first batches and Niah fell for their single-malt whiskey. Aged in new oak, its flavor is a cross between bourbon and scotch and absolutely delicious. Niah had a feeling that it would go well with black tea, so he decided to use it with an earl grey syrup to make a wintry cocktail. (If you can’t get Westland’s whiskey, you can try St. George single-malt from California, or a Highland scotch.) With lemon for brightness and a couple dashes of cardamom bitters, the result was rich, juicy, and pleasantly dry. As it happened, Niah was bingeing on Sherlock at the time, and between the single-malt and the tea syrup, the name offered itself up. None of us will ever meet Benedict Cumberbatch -- though he should feel free to prove us wrong! Please! -- but we feel confident that he would drink a Sherlock & Watson.

Velu March 24, 2014
Hi I only have Angostra bitters. Does it make a lot of difference? will I ruin your reputation?
- Velu

Laura B. February 7, 2014
OH! See, I keep coming up with names, but lack the knowledge and motivation to make them into actual drinks. . . .

Louise January 31, 2014
I've read exactly two pages of this blog (came via Orangette/A Homemade Life/Molly on Twitter) and I already love it. Why? Well first the Sherlock and Watson reference. Second as I was scrolling down I thought "What the hell is Earl Grey Syrup?" Scroll down et voila… Thank you for anticipating your readers so well.

Jeff January 11, 2014
Has anyone made the Earl Grey Syrup? 16 oz of honey seems a bit excessive, doesn't it?
Author Comment

Savour January 9, 2014
I might have to fly up to Seattle just for this drink (because I am too lazy to prepare earl grey syrup and source cardamom bitters myself.) It pushes all my buttons.