The History of Cider in the United States 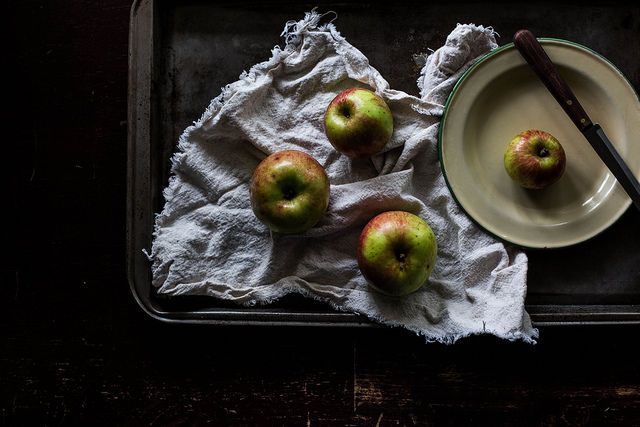 No, not the jug of juice you buy at the orchard in autumn, but the peculiarly complex, alcoholic kind we call “hard” cider. As industry giants like Woodchuck and Angry Orchard become increasingly ubiquitous, old small-scale cideries are shaking themselves awake, and new craft varieties are popping up everywhere from Oregon to Michigan to New York.

But cider isn’t a new trend. In fact, its roots go deeper in American culture than those of any other alcoholic drink.

Early settlers -- and most influentially, those from England -- brought cider-making traditions to America in the 1600s. The drink was well suited to the rough-and-tumble colonial days: cheap, easy, and safer than water. It was also incredibly popular. In 1767, the men, women, and children of Massachusetts drank about 40 gallons of the stuff annually -- each.

To be clear, we’re talking about a real drink here. Most cider had at least 6% alcohol. Yet founding father John Adams drank a tankard of it every morning with breakfast, and Harvard’s students received a cider ration with meals in the 1700s. When William Henry Harrison ran for president in 1840, cider had so many happy associations that he made it part of his campaign. He passed the stuff out at rallies while supporters sang, to the tune of “Yankee Doodle Dandy”:

With Harrison our country’s won
No treachery can divide her
Thy will be done with Harrison
Log Cabin and Hard Cider! 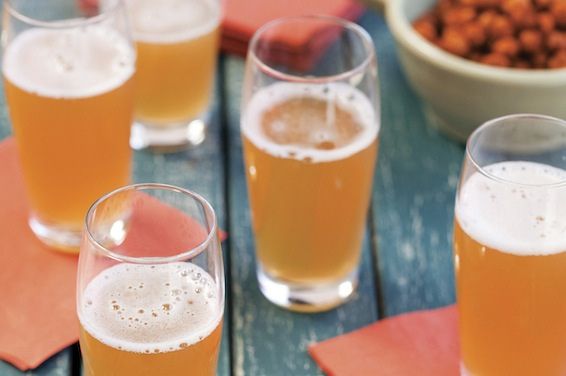 But cider’s heyday would soon pass. First, young people began abandoning farm life in droves. The orchards that did remain were unorganized, small-batch producers who struggled to keep up with the industrializing economy.

Then Temperance advocates set about loosening this iconic drink’s grip on home life. Some zealous farmers willingly took axes to their own cider trees. Others obligingly grafted in sweeter, eat-in-hand apples, undoing decades of careful cultivation of the acidic, tough varieties that make the best cider.

So by the time Prohibition made the official swing of the axe in 1920, cider was already on the chopping block. Sales plummeted, never to recover, even after the end of Prohibition. It turns out that while cider might be easy to make, orchards are a painstaking art; a newly planted apple tree takes years to produce fruit. Seeds, once strewn freehand across the country, had been replaced with types better suited for pies or virtuous non-alcoholic juice.

On the other hand, fields of barley, wheat, and corn -- the primary ingredients of whiskey and beer brought by an influx of German and Irish immigrants -- produce a yield in a single season. From the early twentieth century, these drinks reigned and cider became, for a time, a lost art.

Even today’s revival is only a glimpse of our formerly robust cider culture -- around 7 million cases are sold in the U.S. annually, compared to a stunning 22 million in the late 1800s. But considering barely more than 100,000 cases were sold in 1990, it’s certainly on the rise.

So next time you see cider on the tap handle, remember to lift your glass to our forefathers.

Written by: AT BURNING DEGREES

atburningdegrees.com
My tiny hometown newspaper once printed a column by my six-year-old self offering a peanut butter cookie recipe in which you put the oven "at burning degrees." Things have gotten better since then. (I think.)

luvcookbooks January 25, 2014
Thank you for starting this conversation! I love hard cider but first drank it in France and am not very knowledgeable about it, would love more columns/tasting tips.

Brandt B. January 24, 2014
Quite peculiar the historical view here... "settlers brought traditions from England". In the Hudson Valley region the settlers who initially were mostly Walloons from the Valenciennes area of what is now France - and came to New Amsterdam via Dutch ships in 1624. These followed by hundreds of other Dutch and Northern European emigres from countries all over N. Europe and Scandinavia - and with them of course their own brewing traditions. One can easily find, if one wanted, a list of brewers/tappers in what was once New Amsterdam and Fort Orange (now New York and Albany respectively). What do you imagine they brewed? Was is "hard cider"? It be a worthwhile search both for you the author/historian...and most importantly...your readers.
Author Comment

Thanks for your thoughtful comment! I did find in my research that many of Northern and Western Europe's countries had ancient cider-making traditions of their own -- especially French cidre but also Swedish perry, Spanish sidra, etc. But the scholarly texts I encountered point to English varieties and methods as the predominant influence on American soil. We did change the sentence to reflect this more clearly. Thanks for reading!

Brandt B. January 27, 2014
Lindsey - I saw that you had made some minor changes to your piece. Let me put a finer point on it. The traditions of various cultures in cider making aside... The salient point still is your title and phrases e.g...."The History of America's Oldest Alcoholic Drink"..."In fact, its (cider) roots go deeper in American culture (I'm not sure I know what this means...American culture?) than those of any other alcoholic drink". which again, are highly doubtful...misinformative. I just spoke to Peter Rose on the phone, who is a food historian and authority on early Dutch culture culinary practices in pre-Colonial America - she said emphatically that the Dutch were brewing beer with hops etc. etc. in the Albany, NY (then Ft. Orange) around 1632 from confirmed dates, much likely earlier...as they would have brought brewing resources with them, just as the English did. There are numerous records of this.

Since your article, though, seems to focus on only one element of our immigrant/culinary history - the English, I would note, that in 1607, the newly-arrived colonists at Jamestown had their first feast. George Percy reported that among the potables was beer. They continued to brew and badly it was said. Later in the 1630's, the Mass Bay colonists were planting barley and constructing malt kilns...

So, you have different immigrant cultures brewing different several types of alchoholic beverages concurently...beer from hops, barley, combinations of those, some with bark, and hard cider. So what is the larger point?

While your article about hard cider is an interesting and lively one, ciders' roots neither "go deeper in American culture than those of any other alcoholic drink"...nor is it "America's Oldert Alcoholic Drink. I would kindly suggest to you...these are where your corrections need to be made...
Author Comment

AT B. January 29, 2014
Hi Brandt! Certainly, we agree that other alcoholic beverages were being made at this time, including beer and other alcoholic drinks. This article's intent, as you noted, is to focus on one element of our culinary history: hard apple cider's legacy as an essential--and I would argue, the earliest primary--alcoholic beverage sitting on the American table prior to Prohibition.

Mr O. December 25, 2015
Brandt's temper tantrum aside......yes there were many immigrant groups that made various alcoholic beverages....true. But it's also true cider was bigger, more easily made in Colonial America than any other alcoholic beverage. Fact. Apple trees were brought over by the English colonists and apple trees thrived in New England and in and around New York City, namely New Jersey. Beer ingredients frankly didn't grow very well in the colonies nor did grapes that the settlers hoped to grow...concord grapes were pretty much the only grape that grew and that grape makes a detestable wine. It wasn't until the Mid-west was settled with its rich soils that grains like corn and barley were grown in abundance. Cider, no doubt, was America's first alcoholic beverage to scale and become an everyday part of the culture as nearly every farmstead had an apple tree, thus nearly every family made and drank hard cider.

Catherine L. January 24, 2014
I wish it were still acceptable to have a tankard of cider for breakfast every day. Then again, maybe I don't...

AntoniaJames January 24, 2014
This is interesting. It would be really nice if the contributors who've "been hitting the books" to bring us Food History 101 would provide citations. Many of us would enjoy following up in more depth, I'm sure. Thank you. ;o)
Author Comment

AT B. January 27, 2014
Hi Antonia! If you were interested in looking into cider more, these were a few resources helpful to me during my research.