Today: A smoky, citrusy nip that's made for March. 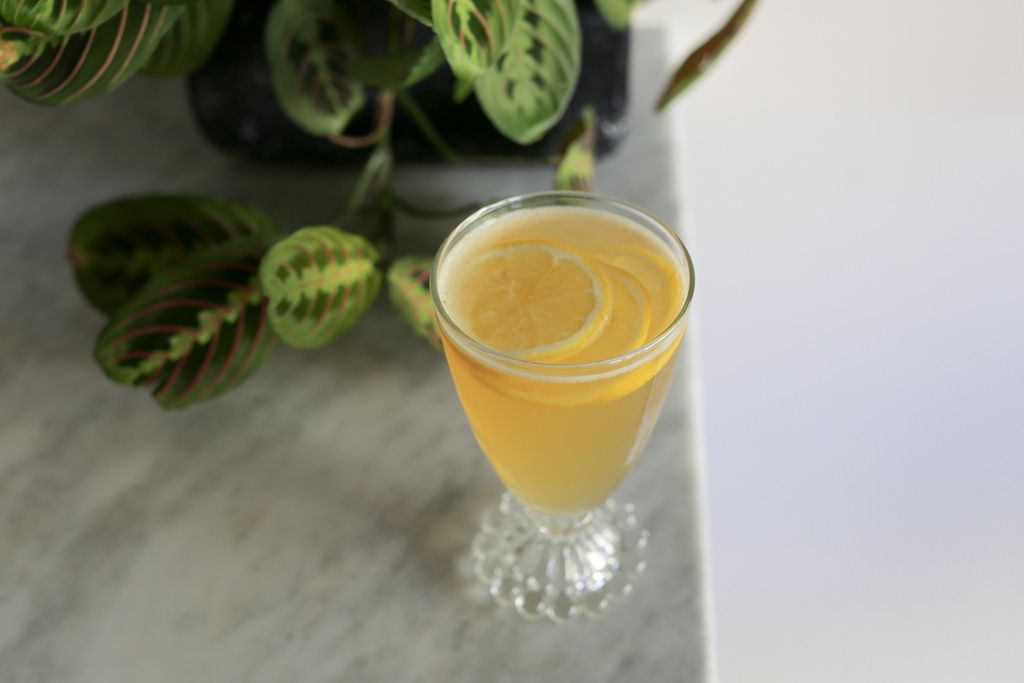 We call this one the Islay 75. Think of it as a distant, northerly cousin of the French 75, that gin-lemon-Champagne confection, but where the French 75 is, oh, say, a Parisienne in cigarette pants, the Islay 75 is a bearded old Scot with a pipe.

Like a lot of our house cocktails at Essex, the Islay 75 bears only a theoretical, winking resemblance to the drink that inspired it. Both have liquor, citrus, sugar syrup, and something bubbly. But where the French 75 uses lemon, the Islay 75 uses orange; where the former uses gin, the latter uses Applejack; and where the first tops things off with Champagne, the second goes with dry cider. (Another use for that cider you bought two weeks ago! Yesssssssss.) 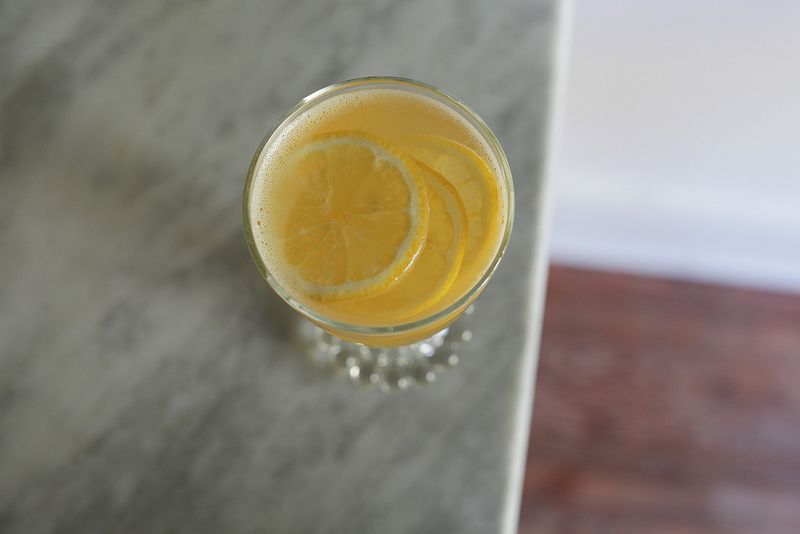 The Islay 75 is made for March, the month of top-notch citrus fruit, and you can use anything orange-like you've got: a navel orange, a Cara Cara, a blood orange, even a Pixie tangerine. The better the citrus, the better the drink. But what really seals the deal is the very first step, a quick rinse of the glass with Laphroaig Scotch. The whiff of smoke it leaves behind plays nicely with the flavor of orange -- smoke and orange are, as a rule, good partners -- and when they join forces with Applejack and cider, well, you're very welcome.

With that, we regret to say that we must end today's post on a somewhat dreary note: Craft Cocktails is going on hiatus. Molly has a book coming out shortly, and Brandon is up to his ears in new recipe development for the Essex food menu, and that means that we'll be signing off for a while. Thank you, always, for reading, and cheers to you.

hardlikearmour March 6, 2014
Do you think mezcal would work for the rinse?