How to Prep Lemongrass

Today: Allow lemongrass to (re)introduce itself. 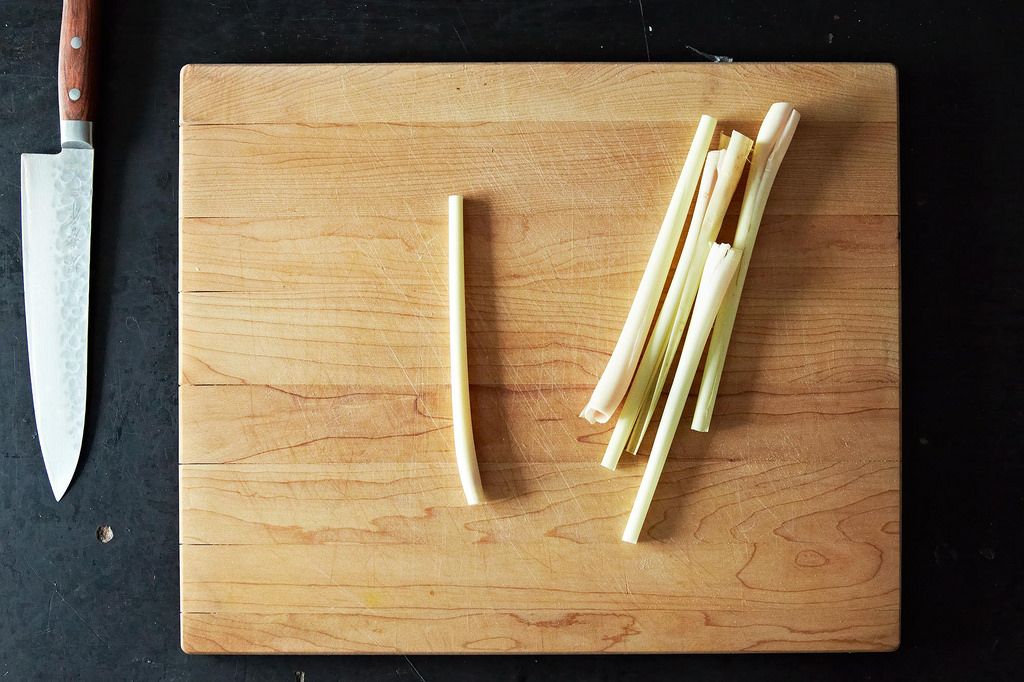 If we lived in some parallel universe in which vegetables attended cocktail parties, lemongrass would be the guest to whom you always introduced yourself. You'd fumble through the handshake, never sure whether it's more awkward to remind it you've met or to play along. You'd make small talk.

In truth, you know it best for its deep citrusy scent in Southeast Asian food, though you might've also encountered it in a fancy cocktail or dessert. If you haven't brought it into your own kitchen, you're likely unsure where to begin with its long, reedy stalks -- and unaware how simple it can be.

We'll walk you through it.

Start by lopping off the root. Discard it -- or, if you're feeling inspired, re-grow it by placing it in a jar of water and leaving it in a sunny place.

Cut off the leaves -- about two-thirds of the plant's length. If your lemongrass is cut to size, nip off just enough to leave the stalk itself. 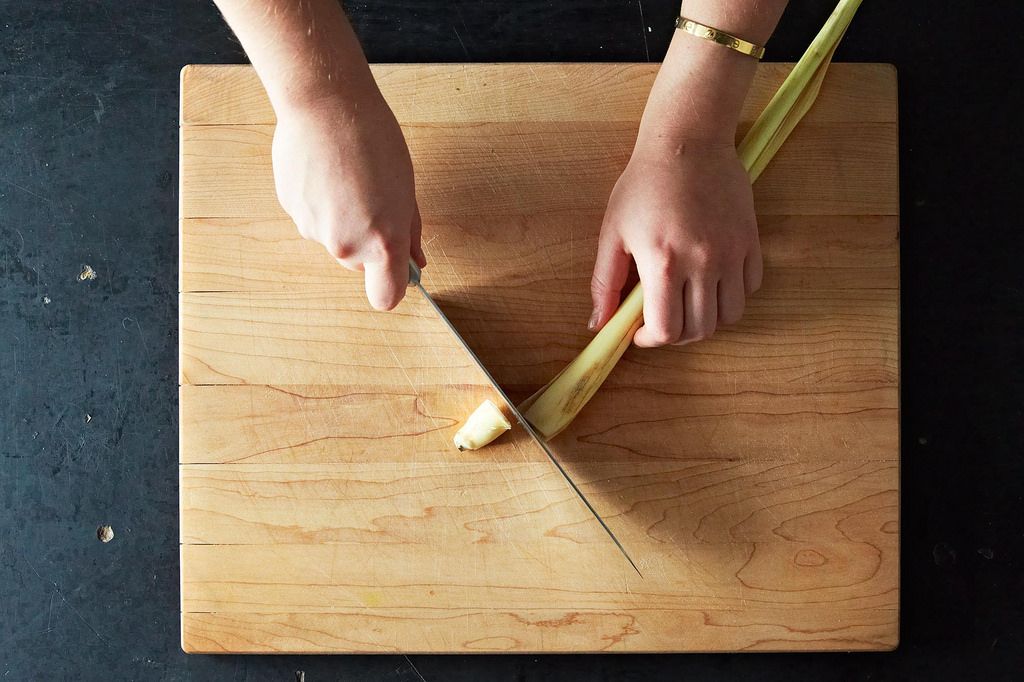 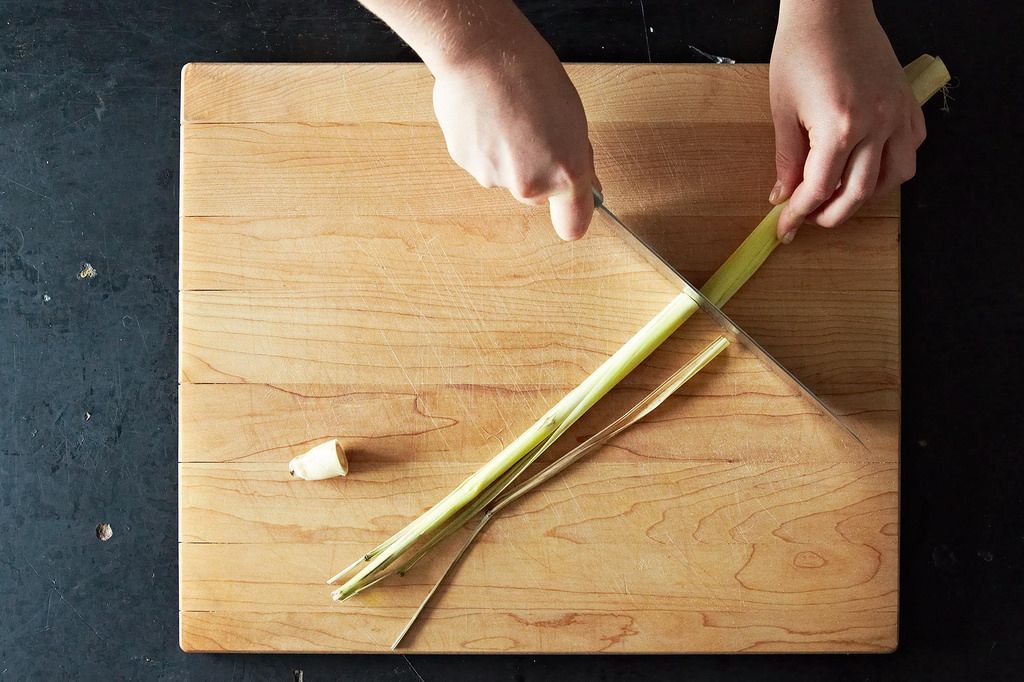 Peel away the tough outer layer of leaves until you reach the white core. You can use scraps to infuse tea or stock, or stuff the cavity of a bird before roasting. If you're not ready to cook right away, the stalks and scraps also freeze well -- just wrap tightly beforehand. 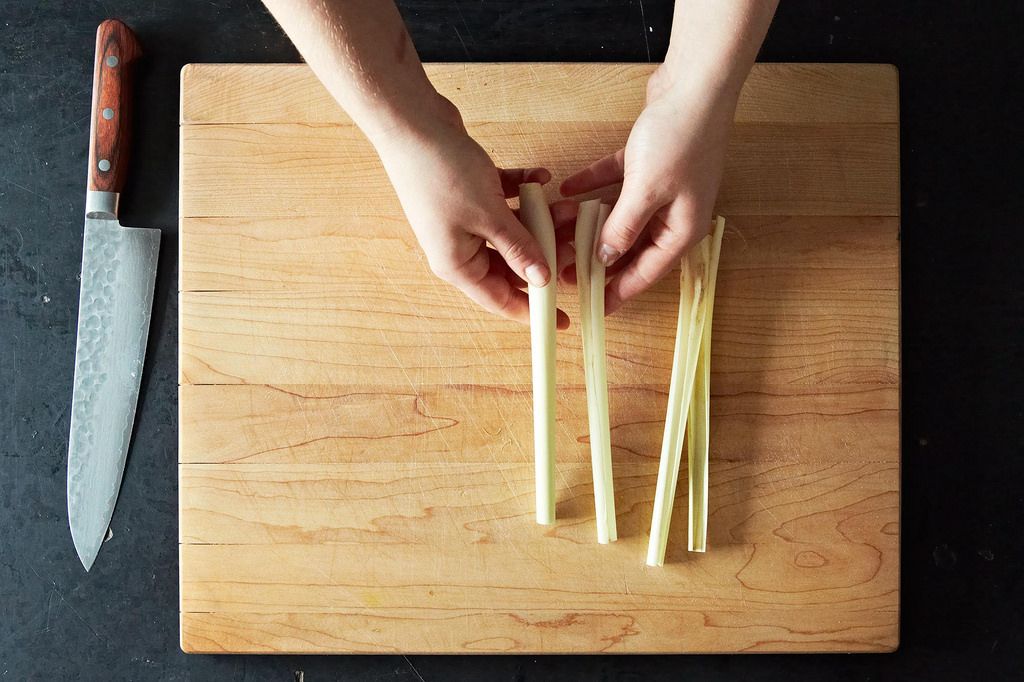 To infuse broths, curries, even peanut butter cups, you'll want to release the fragrant oils by roughly chopping, "bruising" (with a rolling pin, meat pounder, heavy skillet, the back of a knife... get creative!), or tying it into a knot. Before you eat, strain out the pieces or fish them out with a spoon. 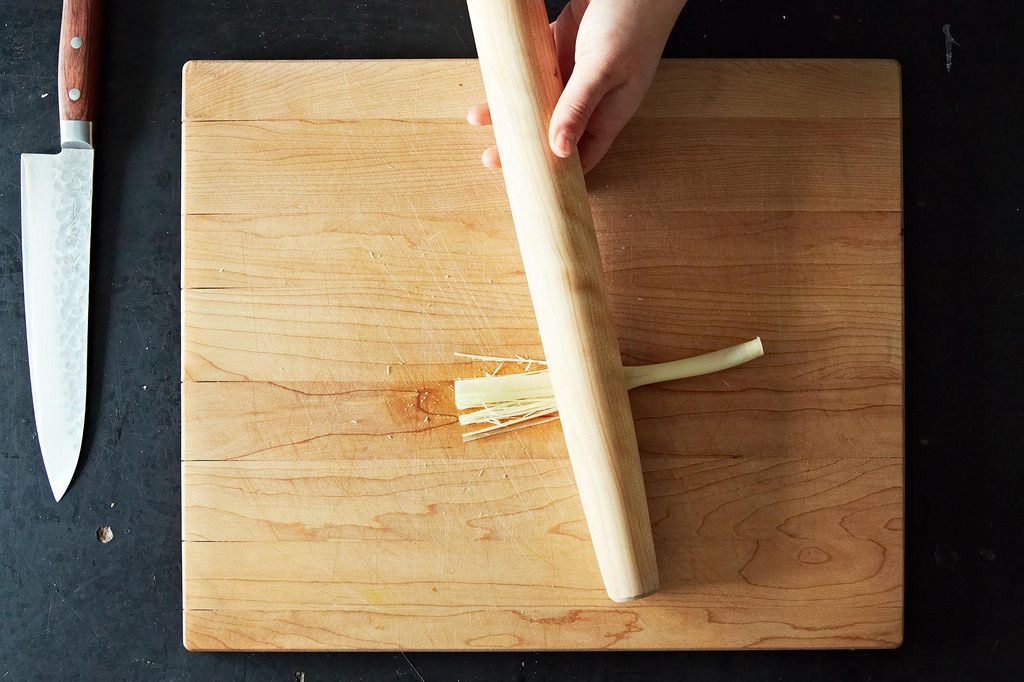 If you plan on cooking and eating the stalk -- for a salad or sauce, or to mix with meat as in these lemongrass-ginger patties --  it's best to use a heavier hand to eliminate stringiness. Try pulverizing with a mortar and pestle, grating with a microplane, or whizzing in your food processor until the consistency is similar to that of lemon zest.

You can also go at it with a sharp knife, but you'll want to crush it a bit before mincing it very finely. 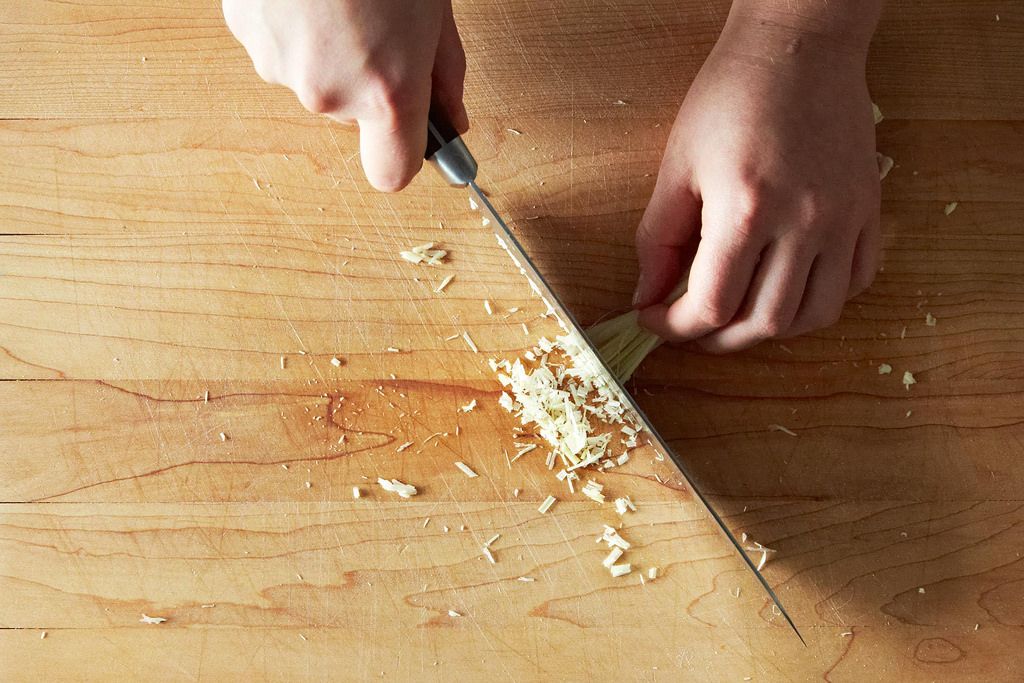 Add minced lemongrass early in your cooking, with other aromatics, to let it build and deepen in flavor; add it late in the game, shortly before serving, for something fresher and more delicate.

No matter how you use it, don't be a stranger. 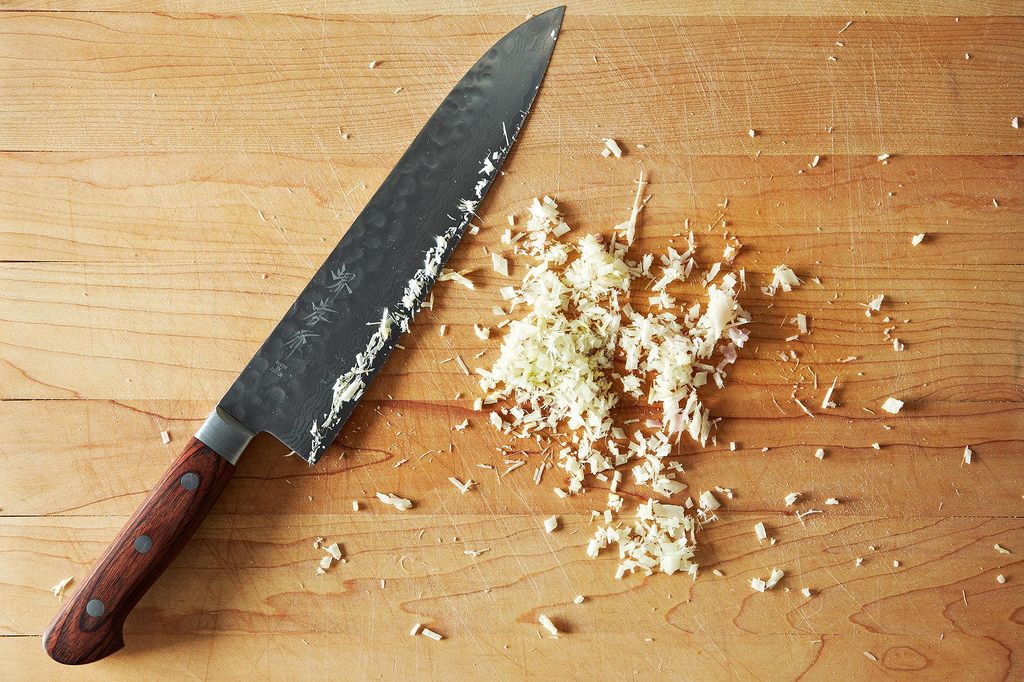 What are your favorite uses for lemongrass? Tell us in the comments!

Philipo P. January 12, 2019
I want to prepare lemon grass extracts to mix in mango juice how can i make it

kym3 March 28, 2014
I throw it in the broth or water along with a green tea bag when making rices, quinoa and other grains. Adds incredible depth of flavor!

EmilyB March 27, 2014
I have always wanted to know how to prep lemongrass! I have only tried using it once in an Asian recipe but had no idea if I prepped it correctly. Thanks for the good tips. I'm pinning this so that I can refer back to it later.