Chicken with Forty Cloves of Garlic

Today: An iconic chicken dish that works for everyone. 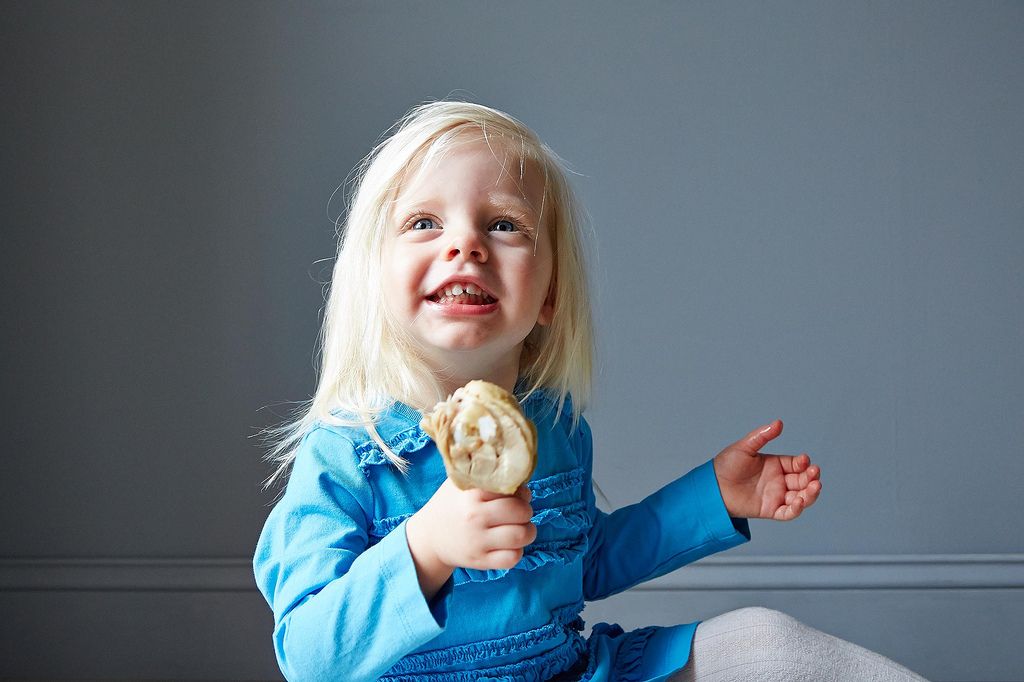 Several of you have mentioned recently how big Clara has gotten since I first started this column. And as parents, my husband and I are a walking cliché: we marvel daily at how chatty she is, how decisively she asserts her opinions, how often we have to buy her new shoes because her toes are bumping up against the front of the old ones. As if our child is somehow growing and maturing faster than any other child who has ever lived.

Now that Clara has reached the seasoned age of two, I figure her palate is ready for an introduction to some of the more iconic dishes. I've started with a few of our family favorites, and over the next several weeks I'll be writing about them. First up: James Beard's Chicken with Forty Cloves of Garlic. 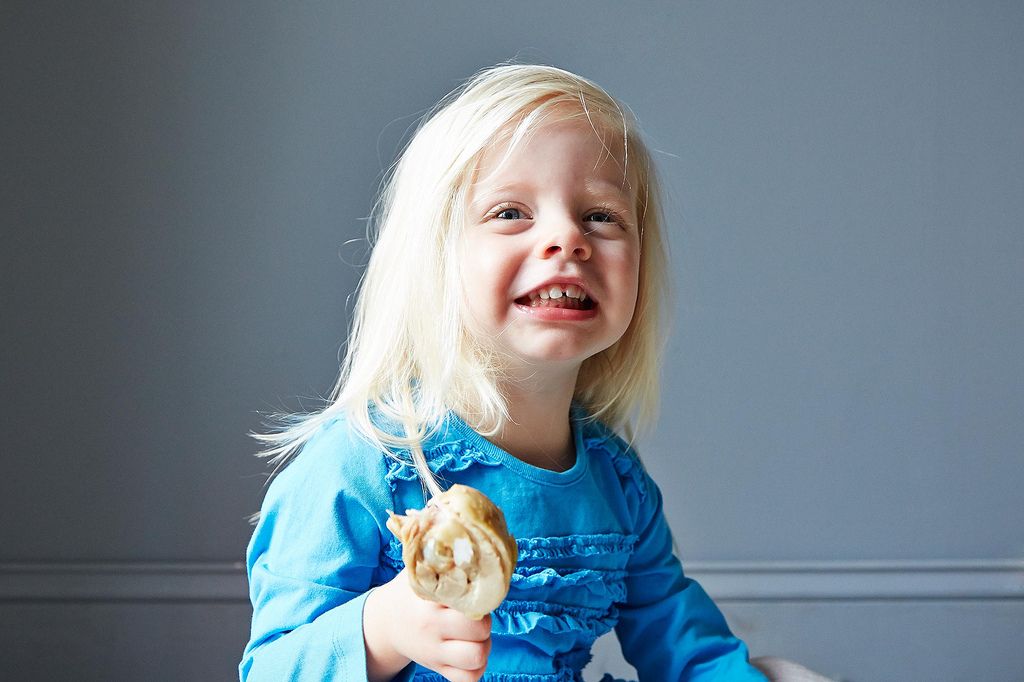 I don't remember the first time I made this dish -- only that it was life changing.

Before we get to those forty cloves of garlic, let's talk about the rest of it. If there's one thing that James Beard has taught me, it's that parsley and celery are surprising but complementary playmates -- no carrot or onion required. In fact, I leave out the dried tarragon called for in this recipe because I find it overpowers the subtlety of their union.

Until I made this chicken for the first time, I had only a basic appreciation for vermouth as an ingredient. Here, it creates a fragrant, vaguely boozy broth (which I like to augment with a little chicken stock), bathing the chicken and vegetables as they slacken and become tender. You'd be hard-pressed to find anything better to dunk your bread into. (To those of you raising your eyebrows at the thought of serving a two-year-old chicken swimming in vermouth -- she probably ends up eating less than a teaspoon with the size of the serving I give her. Plus, the French wouldn't think twice about it.)

And last but not least, there's the garlic, for which this recipe is named. After over an hour in the oven, sealed in with all those other flavors and plenty of moisture, the forty cloves melt, sweeten, and soften into butter. This is rather convenient, since you'll be spreading them on your bread before you swipe up all that broth with it. 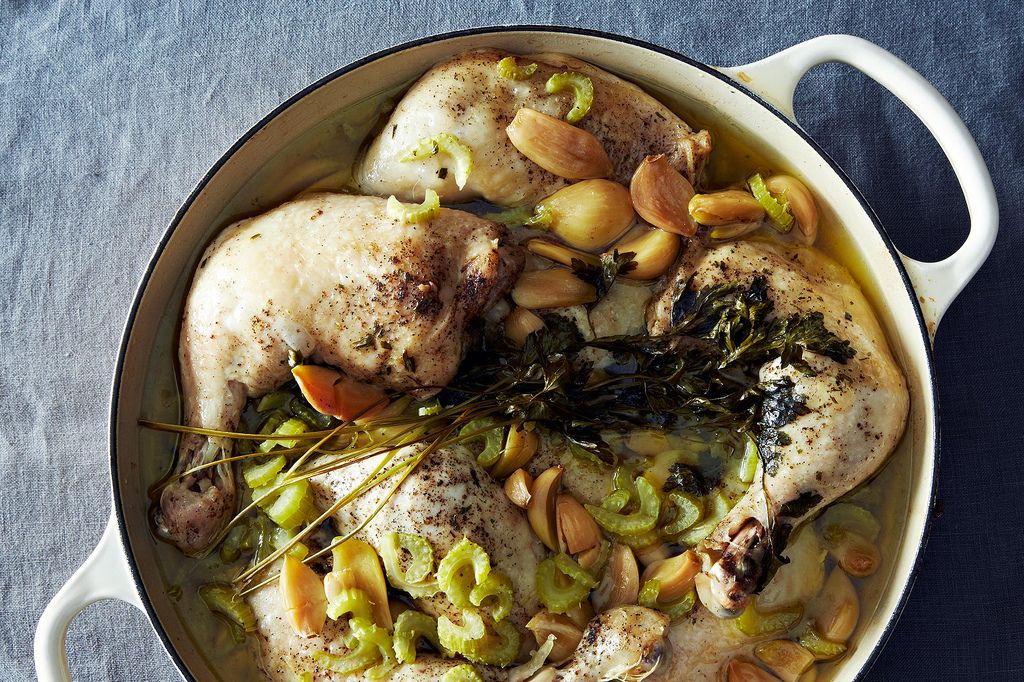 Chicken with Forty Cloves of Garlic

Jane E. April 6, 2014
This a great recipe that I haven't made in a long time. Thanks for the reminder. I first found it in a Mary Cantwell column from the old Mademoiselle. Yep, I'm old.

fiveandspice April 1, 2014
Clara really has gotten so big! And she looks SO much like you, Merrill! Also, this is one of the best dinners ever.

ChefJune April 1, 2014
I love that Clara likes this! I truly believe that parents' attitude toward food and eating has a lot to do with shaping their children's eating preferences and habits. Oh, and this is SUCH a goodie. I posted my version in my recipes a while back. I don't know whether you saw it (there are so many recipes on here now!). http://food52.com/recipes/25856-provencal-style-chicken-in-the-pot

drbabs April 1, 2014
My first apartment was a tiny ugly thing with a green shag carpet. (No, I didn't choose the color.)It had an equally shabby tiny kitchen. I bought Arthur Schwartz's book "Cooking in a Small Kitchen," (now, sadly, out of print) and this was one of the first dishes I made--it became a regular whenever I had company. (His used parsley, sage, rosemary and thyme, which of course I loved.) Thanks for the nice memory! And Clara is adorable.