Today: The classic Tuscan antipasto -- and Easter feast -- would not be complete without these crostini. 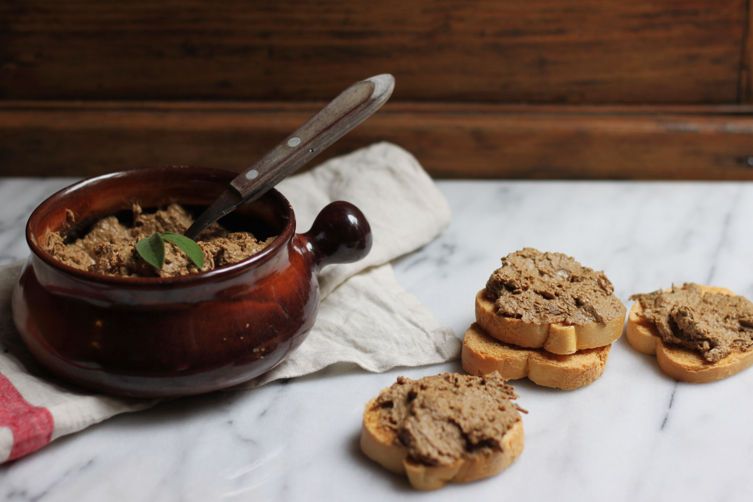 Arguably the defining Tuscan antipasto, chicken liver pâté crostini, known as crostini di fegatini, crostini neri (black crostini), or crostini toscani (Tuscan crostini), is a constant on the menus of every trattoria in the region -- not to mention the tables of every special occasion, whether it be Easter, a birthday, Christmas, or any family gathering in a Tuscan home.

It may not be the prettiest dish, but like most traditional Tuscan dishes, the focus is on flavor -- good, down to earth flavor. And not only that, but it is sustainable, calling for a cheap, tasty, highly nutritious and underrated protein. One bite and its rustic, humble appearance won't matter.

There are as many recipes for crostini di fegatini as there are cooks in Tuscany -- but the preparation is similar, with just a few personal tweaks here and there. Usually, salted anchovies, capers, or both are present; they provide that trademark Tuscan saltiness. 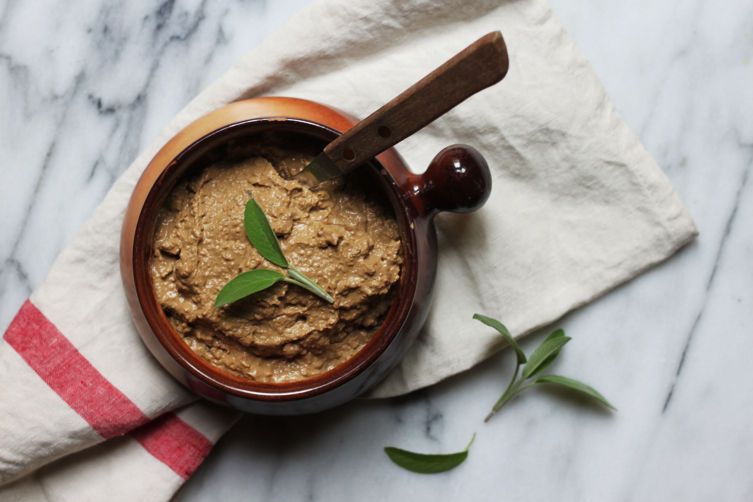 The liquid used to cook the livers and soften the pâté can change from red wine to stock to water or -- the one I prefer -- Vin Santo, Tuscany's favorite dessert wine (Marsala or sherry could be used instead). A good secret that a chef in Florence once let me in on is to add some walnuts to the livers -- it lends the pâté a nice, dark color, as liver tends to cook to an unappealing greenish-grey color.

Occasionally, a thicker pâté might have the addition of white bread. And, more rarely, a soffritto of carrot, celery, and onion makes its way into the mix. This latter version is how Pellegrino Artusi instructs making these crostini in his 1891 cookbook, along with pancetta and dried porcini mushrooms -- unorthodox ingredients now. It is a wonderful version, albeit more delicate than the flavourful, rustic one you'll usually see on tables today. Artusi's is chopped roughly with a mezzaluna, another part of the process that can change the appearance and texture of crostini di fegatini across Tuscan kitchens. Some like it smooth and some like it chunky. Some go halfway.

You'll also find that often this pâté is made with the addition of a few chicken hearts, simply because they are often sold together. Waste not, want not.

Serve the pâté warm on slices of toasted bread together with a charcuterie platter, perhaps with some paper-thin slices of prosciutto, finocchiona (a fennel seed-studded large, soft salame) or other salumi, and wedges of Pecorino. Wash it all down with a young Sangiovese, and you're halfway to Florence. 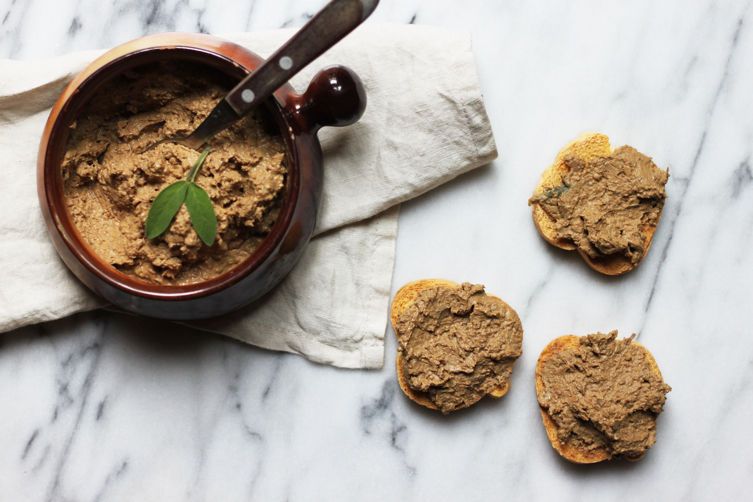 1 medium onion, finely chopped
1 tablespoon olive oil
2 tablespoon butter
2 anchovy filets, drained of oil
5 capers, rinsed and patted dry
1 pound (500 grams) of chicken livers (and the odd heart if you have it)
1/2 cup (125 milliliters) Vin Santo (or Marsala)
Salt and pepper
1 baguette or country loaf, sliced and dried out in the oven

amysarah April 8, 2014
Also perfect for upcoming Passover - another twist on the usual chopped liver (to kosher-ize it, just sub more olive oil for butter and spread it on a piece of matzoh instead of bread.) I love the caper and anchovies with the liver.

alamesa April 8, 2014
Ooooh! I would eat this with a little pickled cucumber. Divine!