Cherimoyas and the Best Ways to Eat Them

Today: When it snows in April, it's time for another kitchen staycation -- you know our hearts beat for tropical fruits. 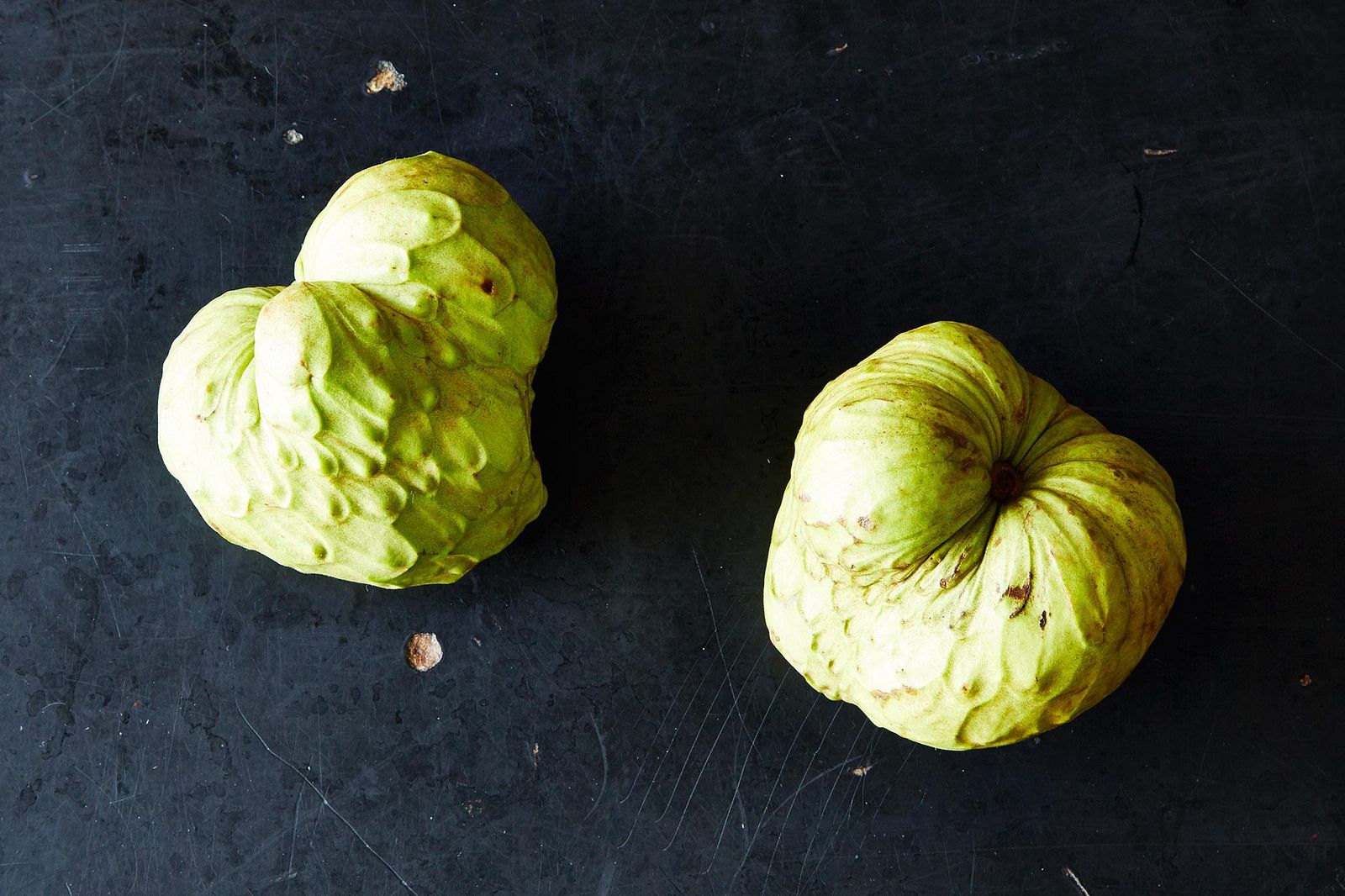 Cherimoyas look like an artichoke and a pinecone got together and laid a heart-shaped egg (or maybe like a pangolin balled up in the mud). It’s not just their looks that are interesting, though -- this is one fascinating fruit.

This sub-tropical fruit was cultivated by the Incas -- and is now cultivated in a handful of countries -- but it's still a bit of an oddity in the market. Like dragon fruit, the cherimoya plant has fussy flowers that require hand-pollination for consisent output, which isn't ideal for commercialization. In 1920, Wilson Popenoe, an “agricultural explorer” for the USDA, wrote that the cherimoya “has not...achieved the commercial prominence which it merits, and which it seems destined some day to receive.” We're still holding out hope that his prophecy will come true, but in the meantime, look for them at specialty grocers. California cherimoyas come into season between November and May or June; if you see them in U.S. stores during other times of the year, they’re likely making their way to you from Chile.

One look at their creamy white flesh (2, below) and large seeds (1, below), and you might be reminded of paw paws. Rightly so, because they’re in the same family, along with custard apples (this is also a nickname for cherimoyas, but they are in fact separate species), and other fun-to-say fruits like soursop, bullock’s heart, atemoya, and biriba.

More: Another edible that's fun to say? Tatsoi. And you've almost certainly eaten it before. Go get reaquainted. 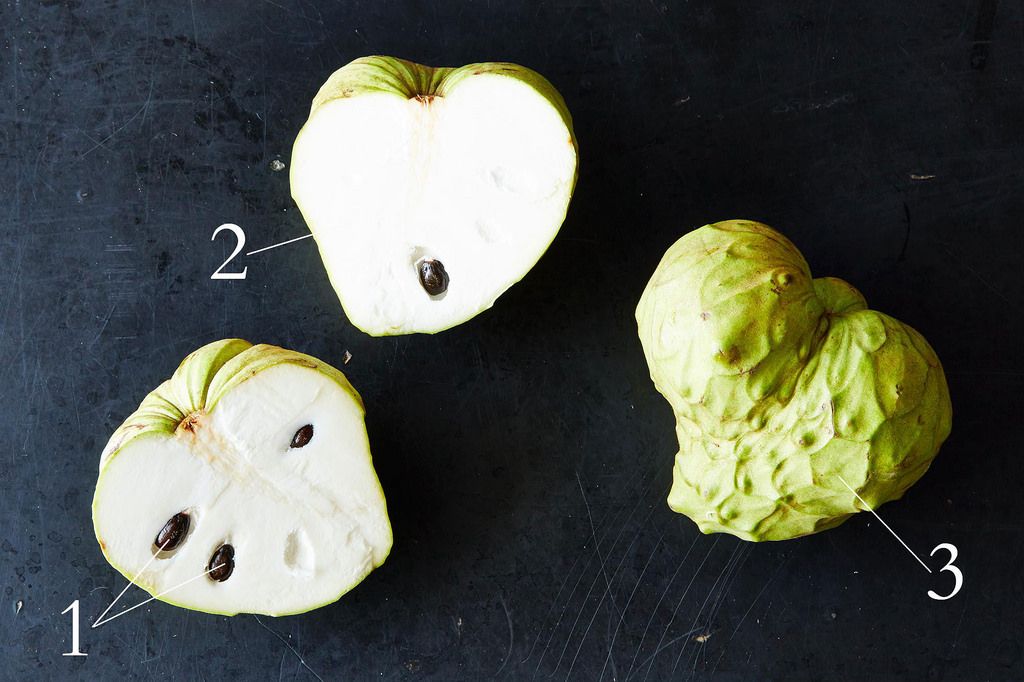 The green, scale-like skin (3), will darken as it gets ripe -- you’ll see dark spots as the fruit ripens, too -- and that’s okay, but avoid any fruits with noticeable blemishes. When ripe, cherimoyas will have a little give to them, like an avocado; squeeze them with the palm of your hand to avoid bruising. Once perfectly ripe, refrigerate and use them within a few days.

Their flavor suggests a blend of pineapple and banana, and depending on who you ask, various other fruits might get thrown into that mix as well: papaya, strawberry, pear, the list goes on. Rather than quibble over the precise flavor blend, we’ll stick with Mark Twain’s simple assessment that the cherimoya is “a rare and curious luxury…which is deliciousness itself."

You can do all sorts of things with your cherimoya: make cocktails, sherbert, or a soufflé. But at least for your first cherimoya, we suggest you restrain yourself and simply grab a spoon. Jane Grigson takes it up a notch, “adding a little cream from time to time (not necessary, but nice).” Just remember to dig around the seeds, since they can be used in insecticides -- not something you want in your belly.

Tell us: How do you like to use cherimoyas?

Emily April 22, 2014
Some of my happiest days are spent with my nana eating these, straight off the tree with a spoon!

Christina H. April 20, 2014
I remember eating chirimoyas (how we said and spelled them) in the north of Chile when I lived there some 20 years ago. Every time I ate one I remember thinking, "this is the most delicious thing I've ever eaten in my life." Ambrosia, I tell you.

HalfPint April 20, 2014
I usually eat fresh with a spoon too.. No cream necessary when it is super ripe and sweet.

Truc April 19, 2014
In Southeast Asian cuisines, we mainly enjoy them fresh and super ripe - so when the outside is brown and the fruit almost looks like it is rotting -- that is when it is sweet and creamy. If you eat soursops too early (or before it is properly ripened), it leaves an undesirable chalky taste.

I like adding soursops to pineapples and coconut milk for a refreshing tropical smoothie.