Today: Pawpaws are sweet and custard-like, and they might just be in your neck of the woods. 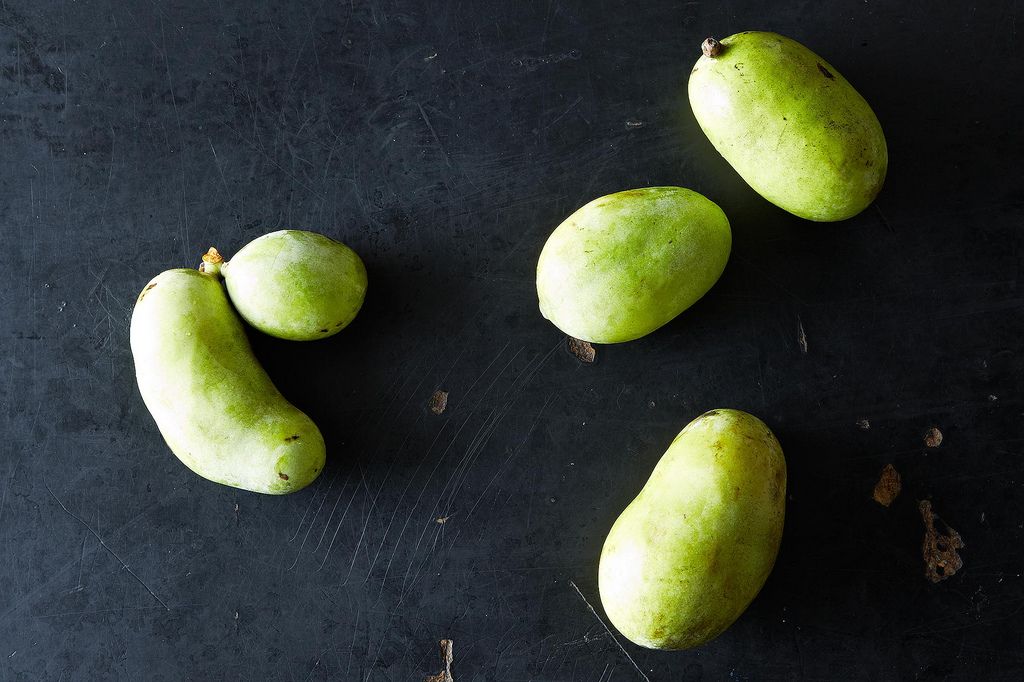 Pawpaws have been around a long time. Chilled pawpaws were allegedly George Washington’s favorite dessert, Thomas Jefferson planted pawpaw trees at Monticello, and Lewis and Clark ate pawpaws as they traveled across the United States. The pawpaw is the largest native edible fruit in the U.S., and it is indigenous to about half of the country’s states -- yet it is sometimes called the forgotten fruit. Why haven’t more people heard of them? Pawpaws are only available a few weeks of the year in the late summer or early fall, and they have a short shelf life -- 2 to 3 days on a counter or a week in the fridge. If picked too early, they can be bitter even when the flesh softens, so they should be picked when ripe, but at that point they’re delicate (think of an extremely ripe pear), making them a challenge to transport. Which means your neighborhood grocery store may have easily forgotten them, too, but give it time -- they're in the early stages of commercialization.

More: Another forgotten fruit worth tracking down? Gooseberries.

Should you decide to take matters into your own hands and grow pawpaws in your yard, you’ll need to plant two varieties in order to get fruit, and even then it would be best to brush up on your hand-pollination skills. Be forewarned: pawpaw flowers emit a controversial fragrance -- some compare it to rotting meat. That aroma is intended to attract their natural pollinators, flies and beetles, but since the aroma can be faint, some growers go so far as to hang roadkill in their pawpaw trees to attract them (we don’t recommend this as a way to charm the neighbors). While you wait for your trees to fruit, you’ll have to get lucky at a farmers market, make friends with a forager, or buy the frozen pulp online. 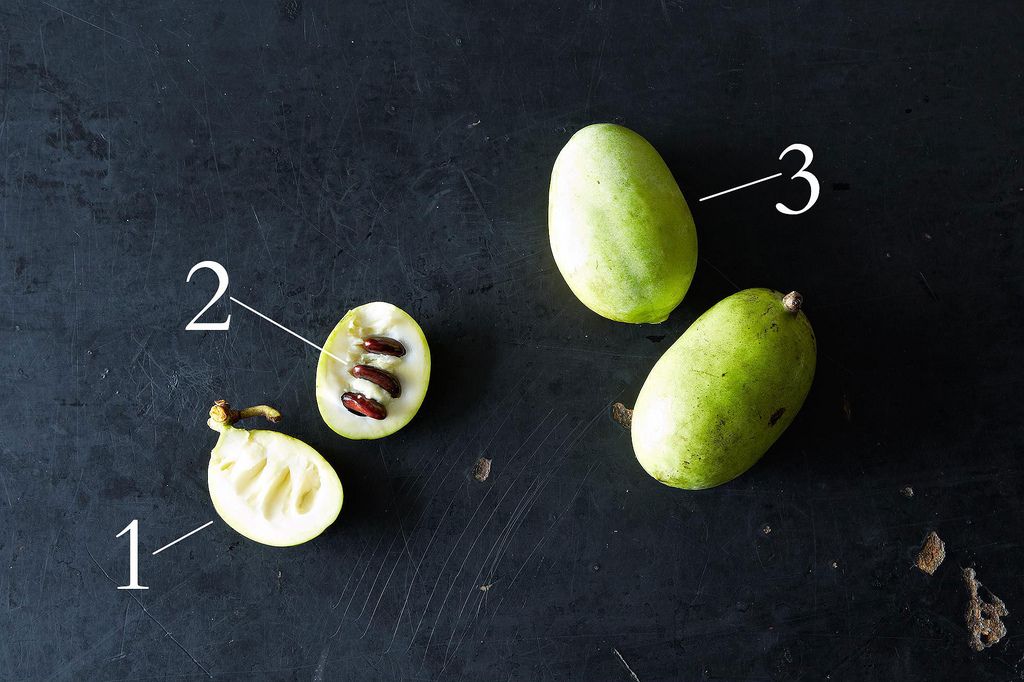 For their relatively unknown status, pawpaws have a lot of monikers. Both a variety of spellings (paw paw, paw-paw, and papaw), as well as a large number of common names, many of them involving banana (prairie banana, wild banana). Pawpaw is also a common name for papaya, but the two fruits aren’t related. The pawpaw fruit is a large berry that is initially green (3), and often turns yellow or brown with dark spots as it ripens.

Color change isn’t the best indicator of ripeness though -- treat them like peaches and give them a gentle squeeze. Pawpaw’s pale yellow flesh (1) has a custard-like texture, and the flavor is a tropical mix of mango, banana, melon, and pineapple, though it can vary greatly by cultivar (there are almost 30).

Pawpaws are arguably best straight from the tree. Cut them in half, grab a grapefruit spoon -- to help get the flesh away from the large seeds (2) -- and enjoy. They are often used in all manner of desserts, and can easily be substituted in any recipe calling for mashed bananas (like bread or waffles). At the annual Pawpaw Festival in Ohio, pawpaws show up in cocktails, sauces, jam, and savory dips; pawpaws are even used in beer, brandy, and wine -- so get creative. We’ve got a week’s worth of ideas to get you started:

sally C. October 30, 2013
Pawpaw just made an appearance at the Union Square Market in NYC. http://bit.ly/1ivPTJO

Jan W. October 25, 2013
Article is a little untimely, paw paw season is practically over by now - usually late Sept./early October. I made paw paw ice cream a few weeks ago and it was fantastic - came from a farm in southern Indiana.
Author Comment

Lindsay-Jean H. October 25, 2013
You're right, it's the very end of their season, but we were able to find them recently, so hopefully others will too. If not, there's always next year!

Kenzi W. October 25, 2013
They just started popping up in NYC markets in the last couple of weeks, actually -- and a store down the road from me just got them in. Maybe they're untimely, too, but pawpaws are still available.

Hilarybee October 24, 2013
Paw Paw festival is one of the highlights of my year. They are fantastic in ice cream.

Michael V. October 24, 2013
Baloo once told me about this fruit in the bare necessities

Sarah J. October 24, 2013
I'm so lucky that I got to try this last week! It reminded me of a mild mango or custardy banana. Yum.

Panfusine October 24, 2013
Wow, never tasted or even seen one before, Is there a link to a reliable online source to buy the frozen pulp Lindsay?
Author Comment