Dan Barber on Sustainability and the Future of Food

Today: Dan Barber is about to rock your world! Read what he has to say about the future of food and cooking, then pick up a copy of his new book. 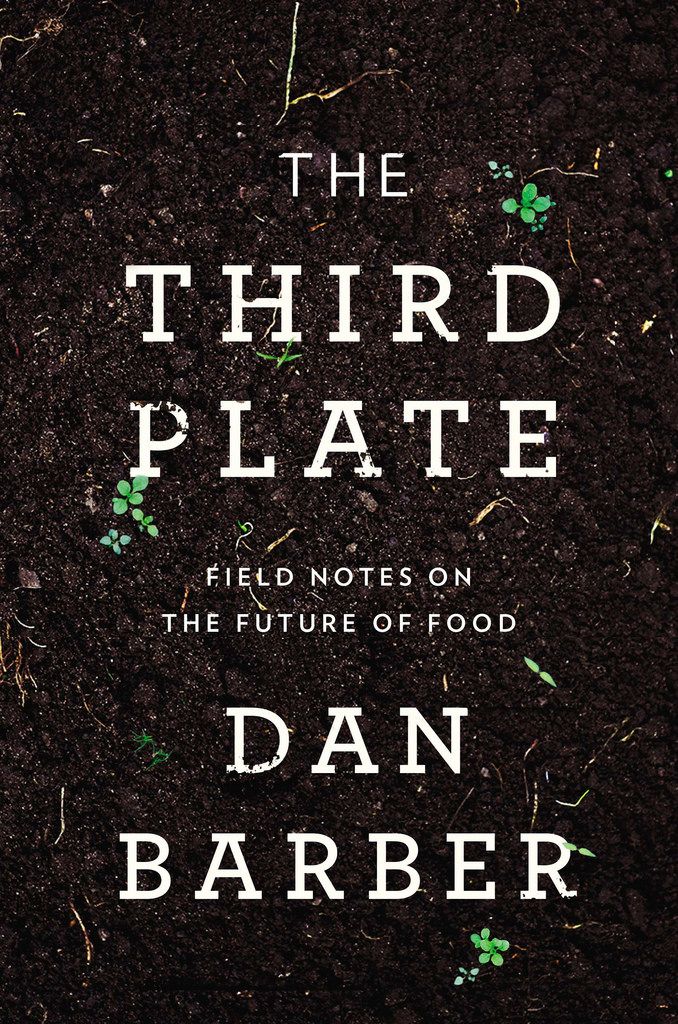 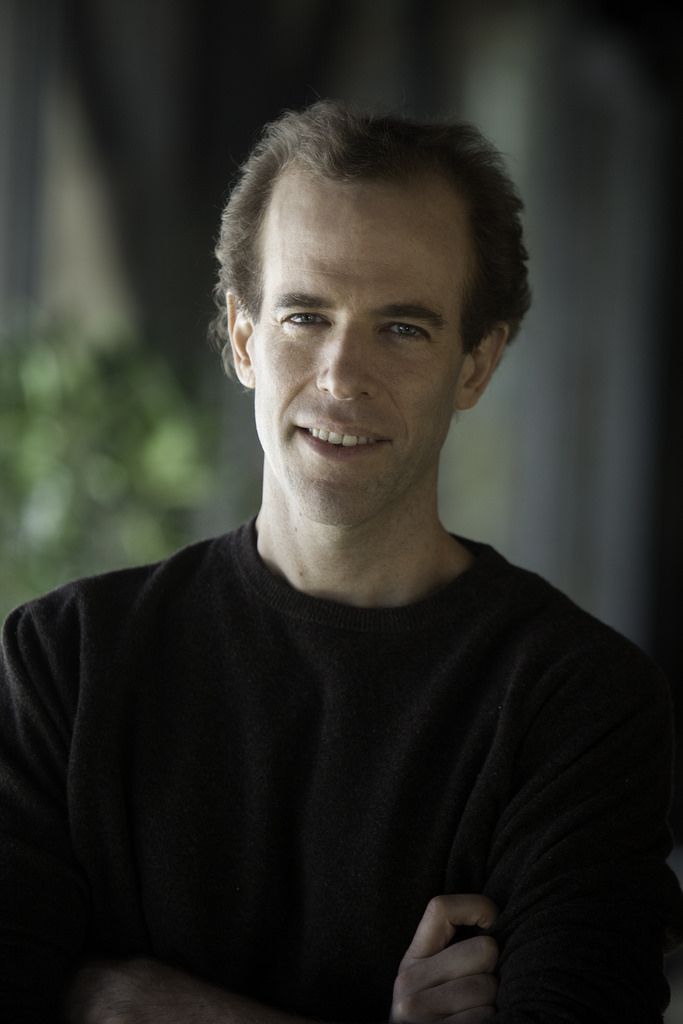 Chef Dan Barber -- he of the Genius cauliflower steaks and the braised short ribs -- has a new book out, which hits shelves today and is poised to reshape our national conversation about food. The Third Plate: Field Notes on the Future of Food tells the stories of farmers who aim to change the way we eat and cook, and unearths the research that will keep us from calling them crazy.

Whereas Michael Pollan’s similarly seminal books The Omnivore’s Dilemma and In Defense of Food looked at food -- what we should buy, how we should eat -- from the perspective of the consumer, Barber writes about it from the perspective of the farmer, and the chef, and the tastebud. He went out in search of the best-tasting food, and he found his answer in a new definition of sustainability.

The "third plate" -- the dish that comes after the meat and potatoes of the '60s and the local meat and local potatoes of the '00s -- is a logical and necessary next step in the movement that has us all flocking to farmers markets and farm-to-table restaurants, asking questions about where our food comes from and finding creative uses for bumper crops. 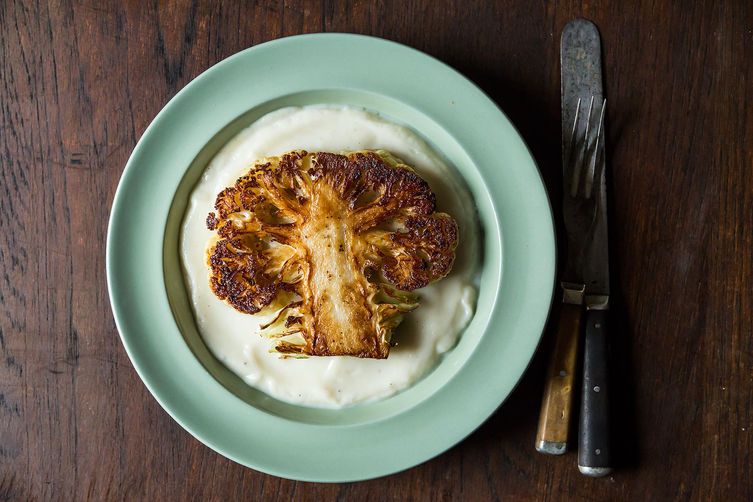 Barber's book shows us how selfish we’ve been, expecting the soil to do our bidding without considering what it needs from us, what accommodations will make it happiest and most productive. And it will inspire even the most science-averse readers to take interest in microorganisms and the relationship between, say, nitrogen and carrots. If you care about flavor, and farms, and the future of our food system, read on, then read this book. You'll soon bully your friends into to doing the same.

Your book begins with a story about wheat -- and a farmer who is shocked that so many cooks pick up fruits and vegetables at local markets, then buy packaged bread from the store. Aside from bread, what are some other products that we should be buying locally?
Local grains are often left out of the farm-to-table conversation, despite being such an essential part of our diet, and our agriculture. We need to be buying more local wheat, absolutely, but also other, often-overlooked grains, like barley, rye, millet, and oats.

More: Read our primer on a wide range of whole grains.

How did writing The Third Plate change the way you cook?
It’s changed the way I look at, say, a tomato. Heirloom tomatoes are traditionally the all-stars of the farm-to-table movement. They’re beautiful, delicious, and usually grown by thoughtful local farmers. What I never realized, until one of those thoughtful farmers informed me, is that they’re basically the hummers of the vegetable world. They tie up a lot of real estate. They’re hard on the land. If we’re filling our shopping bags with just tomatoes at the farmer’s market, in some ways we’re encouraging the wrong kind of demand.

Does that mean I’m going to stop serving tomatoes in the restaurant? No. But I try to be conscientious about the fact that they’re expensive, from an ecological perspective. (Eating at Blue Hill in August no longer means a tomato blitzkrieg.) And I try to encourage more diversity on the farms we work with.

In a way, that speaks of a larger shift in my cooking. I’m thinking less about individual ingredients or plates of food, and more about a whole pattern of eating that supports the Hudson Valley landscape.

Your book focuses on the "future of American eating" -- how do you hope it will affect the future of American cooking?
The protein-centric dinner plate (the 12-ounce steak, or the boneless chicken breast) -- which America created, and supported, and now exports -- is actually an anomaly. Look to any of the best cuisines of the world, and you won’t find anything like it. Instead, you’ll find diets where grains and vegetables assume center stage, with just a smattering of meat -- most often lesser cuts such as neck or shank. And you’ll find iconic dishes that were initially conceived to make use of (and make delicious) what the landscape could readily supply.

Take coq au vin from France, created to utilize -- and tenderize -- spent laying hens; or Prosciutto di Parma from Italy, which gets its delicious nutty flavor because the pigs are fed leftover whey from the Parmesan cheese-making process in the region. The best kind of cooking evolved with farming in mind. That’s something that’s missing from most of American food; my hope is that our chefs and home cooks can start moving toward a real culture of cooking. 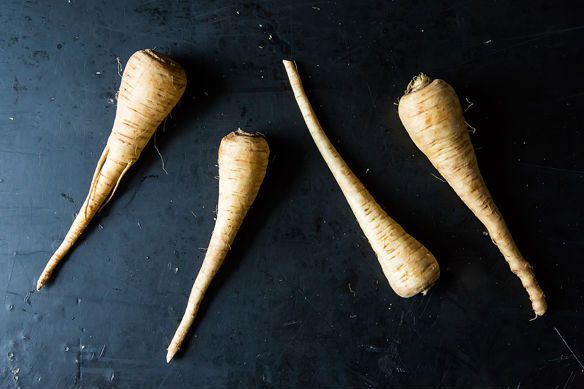 What's an example of a "third plate" meal that you've served at Blue Hill?
For the past two years, Jack Algiere (the Four Season Farm Director at the Stone Barns Center) has harvested crop of parsnips in the dead of winter. They stay in the ground for nearly a year, about five months longer than required. And when they come out, they’re as hulking as T?Bones and, in the cold conditions, have converted nearly all their starches into sugars. We roast them like steaks, carve them for our diners tableside, then serve them with poached bone marrow, a bit of braised beef shank, and richly flavored Bordelaise sauce made with the bones. It’s the iconic steak dinner, turned on its head.

What shocked you most while you were researching this book?
I went in search of food with jaw-dropping flavor, and surprisingly, all roads led me straight to soil. What I discovered is that soil is a living organism (made up of billions of smaller living organisms -- just like us). It inhales and exhales, procreates, and digests. And it has a personality, too.

Not to sound New-Age-y, but soil is constantly talking to us, communicating what it needs. It shoots up milkweed if it’s hungry for zinc, and wild garlic if it needs more sulfur. If you see chicory or Queen Anne’s lace in a field, that means the soil is low in fertility. There’s a real language to the soil, and the more I learned about it, the more I felt engaged by the conversation, especially when I realized its connection to great-tasting food. Soil became a real character for me -- in many ways, it became the hero of the book.

Betty J. May 26, 2014
I will definitely add this book to my collection. That Cauliflower is so beautiful I had to get up and search my kitchen for something good to eat. I work with soil as a landscaper and yes it is hard to convince people that their "dirt" has to be treated with love.

Carolyn Z. May 20, 2014
I can only hope that CSA farmers will read his book. They have many things in common to talk about.

Liz B. May 20, 2014
This sounds like a great book, and definitely a story that needs to be told. It's definitely coming along at the right time in my evolution as a consumer and cook. I'm definitely a sustainable locavore at this point (aside from Asian foodstuffs I use on the reg!) but the missing component is definitely really understanding that culture of farming and how to do what's best for health, local community, and to strengthen farming as well.

Btw, thanks for giving me a MASSIVE parsnip craving in the middle of summer in CA!

cucina D. May 20, 2014
Wonderful article, I have followed Mr. Barber's cooking style as it is a direct connection with how my famiglia raised me to look at food, how it's grown, waste nothing and use fresh seasonal items at their peak. I need to get his book for my collection soon! I really appreciate this wonderfully written article.