Today: Adrienne Kane of Nosheteria gives us the best doughnuts, ever. 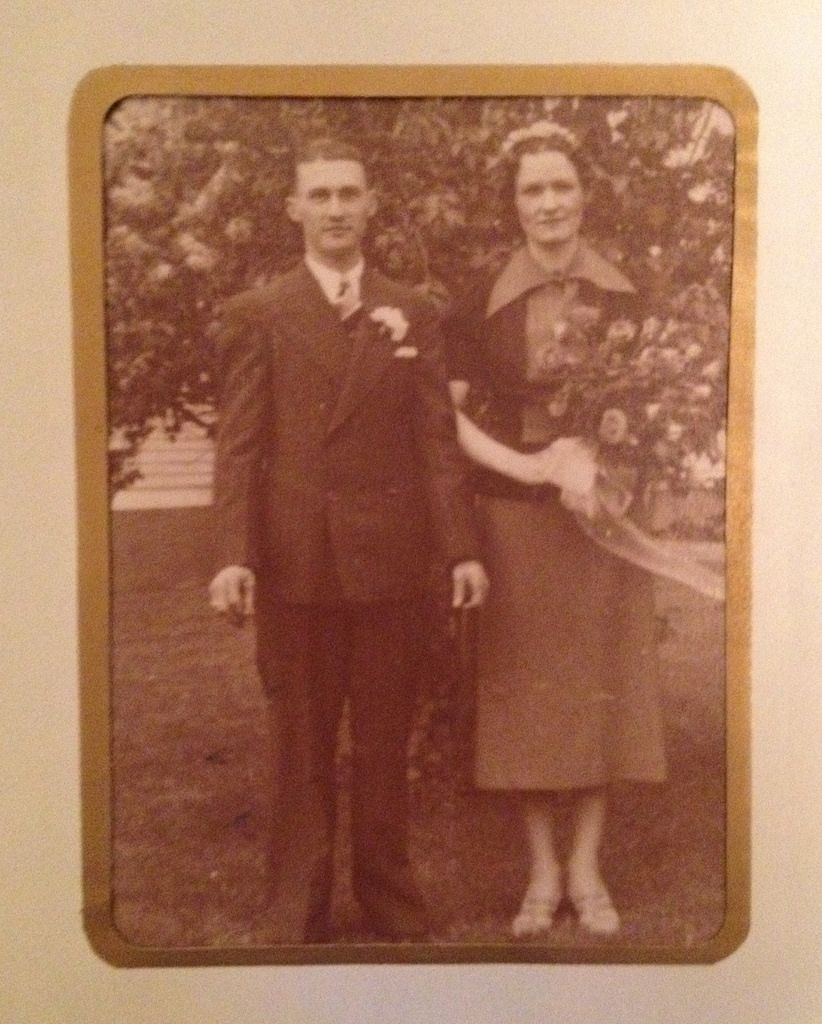 Growing up, my grandma had a pot that was simply known as "the doughnut pot.” Grandma used this pot to cook other things -- soups and stews, beans, vegetables -- but the pot got its name from its function. This was the vessel that she used to make her “Best Ever Doughnuts.”

My grandparents came to California from Aberdeen, South Dakota in the 1950s with their four daughters. (There were more kids to come once they settled in their new state.) Grandma always told me that the winters just got too long and rough for the family, so they made their way out West. 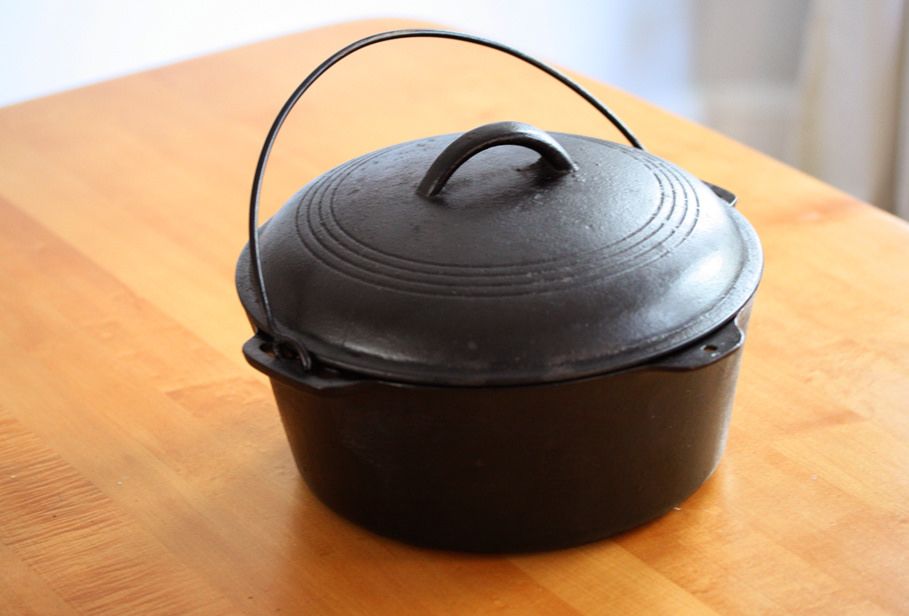 The doughnut recipe came from “an old neighbor lady” in Aberdeen, circa 1945. It’s for cake doughnuts; leavened only with baking soda and baking powder, they can be made rather quickly. My mom remembers my grandma whipping up these doughnuts for her and her siblings when the weather was bleak and everyone could use a treat. Grandma would cut out the doughnuts (and the holes) from the floury dough and ready them for frying. Re-rolled dough never fried up quite as crisp, and my grandma, a true Depression-era cook, couldn’t ever just throw away the scraps. Even jagged bits were sliced off and fried too, then my mom and her siblings discussed the misshapen fritters—one looked like a baseball glove, another like a lion, the long skinny one like a hammer. 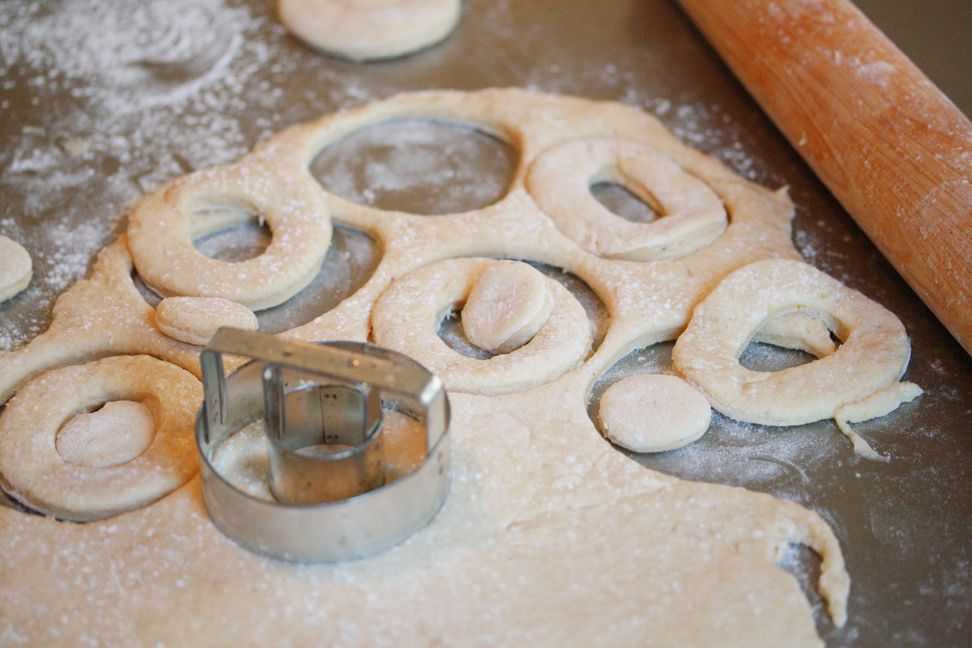 These frivolous conversations became as much of a tradition as the doughnuts themselves. On the occasions when my grandma would fry up a batch of “Best Ever Doughnuts” for me, I too loved to look at the scraps. They were too hot to eat when straight from the pot, but Grandma and I would remark upon what each and every mass of dough looked like as they lay glistening on a cooling rack that was set over a brown paper bag.

Flavored with lemon zest and ground nutmeg, these doughnuts are sturdy and sublime. Growing up, my mom only enjoyed them rolled in powdered sugar. And they’re great that way, too. If you catch them while they’re still warm, the heat of the doughnut will melt the sugar into a glaze of sorts. In the past few years, I’ve developed a rich chocolate glaze for the doughnuts as well. That way I can serve this passel of doughnuts (the recipe makes a bunch) plain, with powdered sugar, and chocolate-glazed. 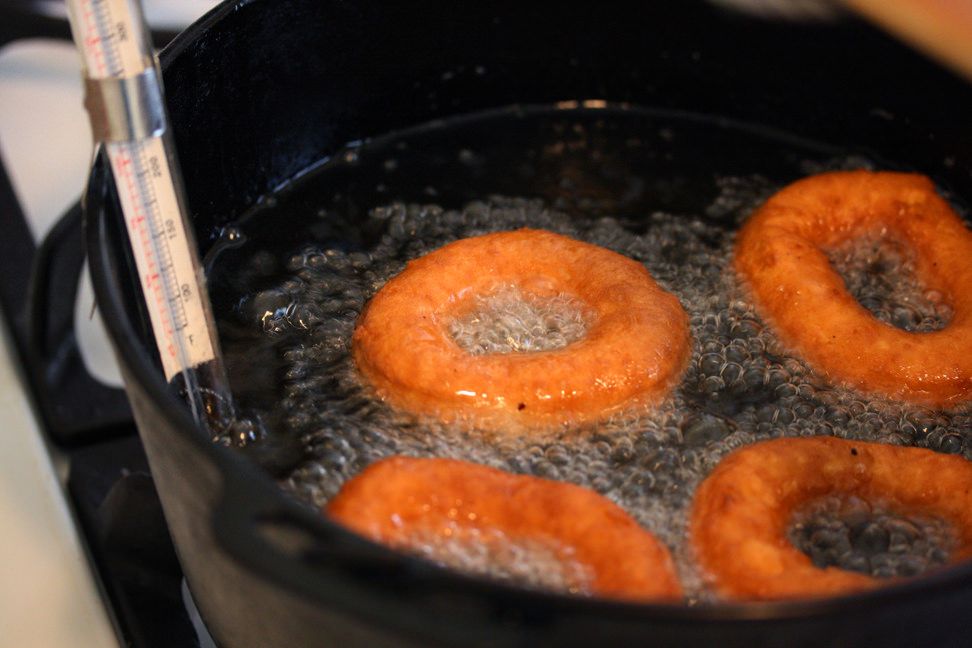 Grandma has been gone nearly 15 years now. I still think of how she loved holidays, wore glamorous, red acrylic nails in her later years, and I remember her cooking in the kitchen -- with a little bit of this, and a pinch of that. When I got married, I was given her doughnut pot. Whether I’m making doughnuts or simmering something savory, it remains one of the most-used, and definitely the most-loved thing in my kitchen. 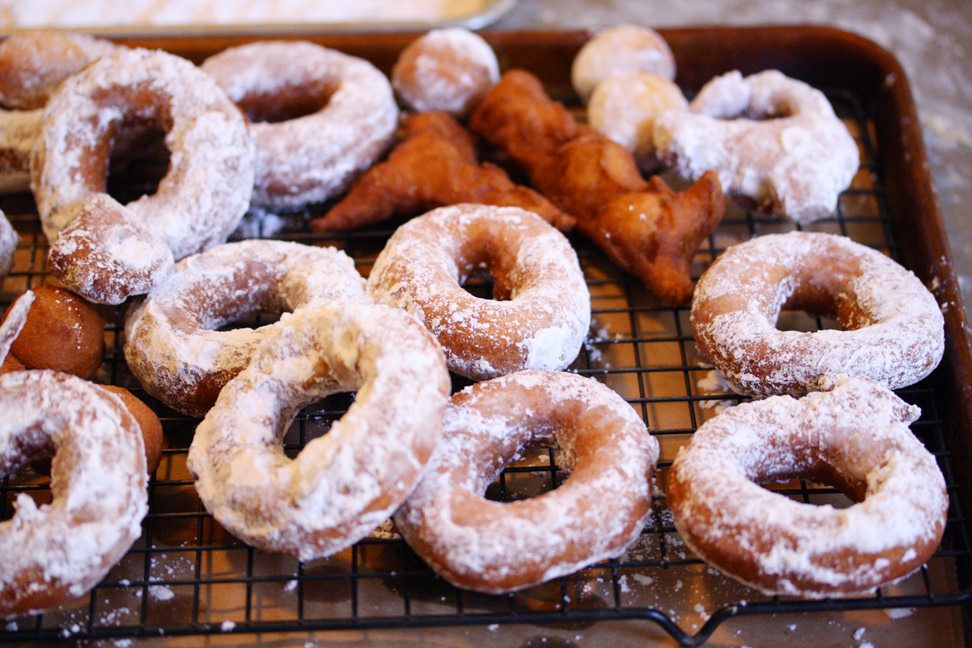 Linda L. July 26, 2015
Thank you for this great opportunity for time together in the kitchen with my grandson these are the memories that I leave with love to him

RobertaJ June 16, 2014
What a wonderful story and memories. Isn't that what cooking for those you love is all about?

ChefJune June 16, 2014
Imo, homemade donuts are the only ones worth eating. And these sound super. Saving for wintertime. Thanks, Adrienne.

Cattywhompusmeow June 16, 2014
I remember my Mother trying to make doughnuts. They did not turn out very good, however, the glaze was amazing. My two brothers, little sister and I preferred it spread on graham crackers. We did, however, had to wait until our Dad had his first--lol. Your post brought back some happy memories. Thanks! ->^..^<-