How to Make Bruschetta without a Recipe

Today: We're stripping bruschetta down to its bare bones to highlight the season's best produce. 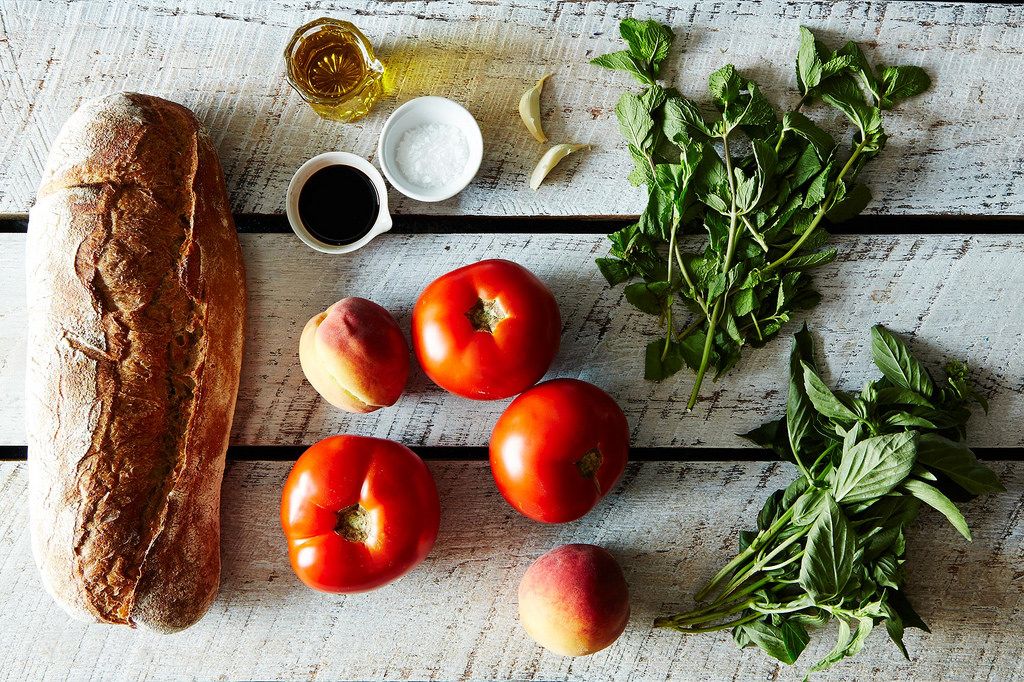 What we've come to know as bruschetta is the result of an extensive, intercultural game of telephone. Passed from country to country, restaurant to restaurant, the formula for the classic Italian appetizer has devolved into one that calls for globs of cheese and over-seasoned tomatoes to be mounded on cracker-like toasts. This is not bruschetta. If anything, this is bruschetta's more flamboyant cousin, crostini. True Italian bruschetta is of a simpler persuasion, a basic staple that relies almost completely on the flavors of fresh summer produce.

We're reclaiming bruschetta for the better, going back to the basics with a simple combination of five ingredients -- bread, garlic, tomatoes, olive oil, and salt. We adapted the formula a bit to make it our own, adding in yellow peaches and bringing out their sweetness with a garnish of basil and mint. Customize according to your preference, but keep it simple -- we're letting the ingredients speak for themselves with this one.

How to Make Bruschetta without a Recipe

1. Slice a good, crusty loaf of bread into pieces about a half an inch thick. You want them to be thin enough to eat, but thick enough so that when toasted, the outer edges crisp while the center remains chewy. 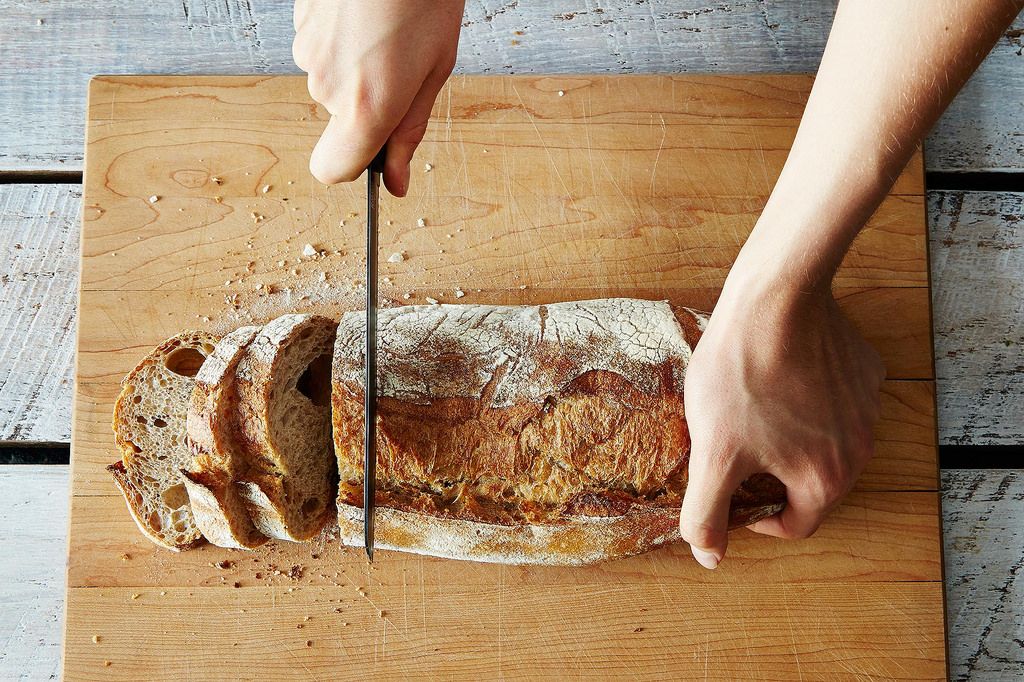 2. Grill the slices. Throw the bread onto a grill or grill pan over medium heat. Grill the bread until the edges are nicely charred and the surface is browned. Alternatively, toast the slices in a broiler until the surface browns. Once the bread is toasted, halve a garlic clove and generously rub the cut end of the clove against the more toasted face of the slice. 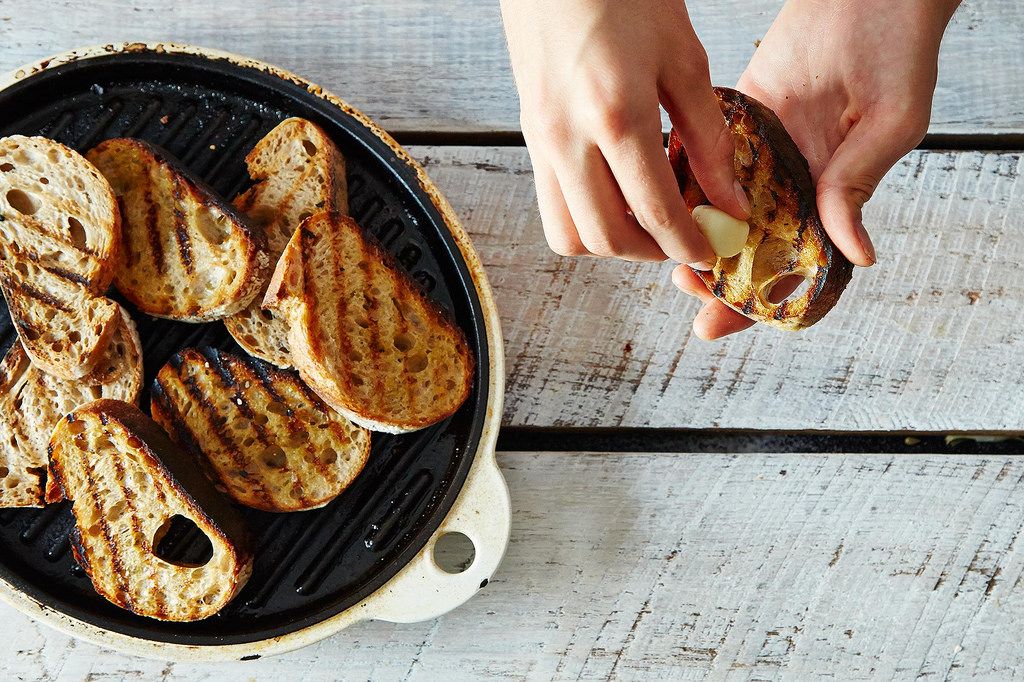 3. Prep your produce. Traditional bruschetta is topped with diced tomatoes tossed with olive oil and salt, but this is where you’re free to take artistic license. While a good, fruity olive oil and flaky salt are crucial to any bruschetta, you can sub in any in-season produce for the tomatoes. With a surplus of late summer produce from the market, we opted for tomatoes and peaches.

Chop the produce into quarter-inch chunks. In a large bowl, toss the chunks with enough olive oil to generously coat each piece -- don’t be stingy here. 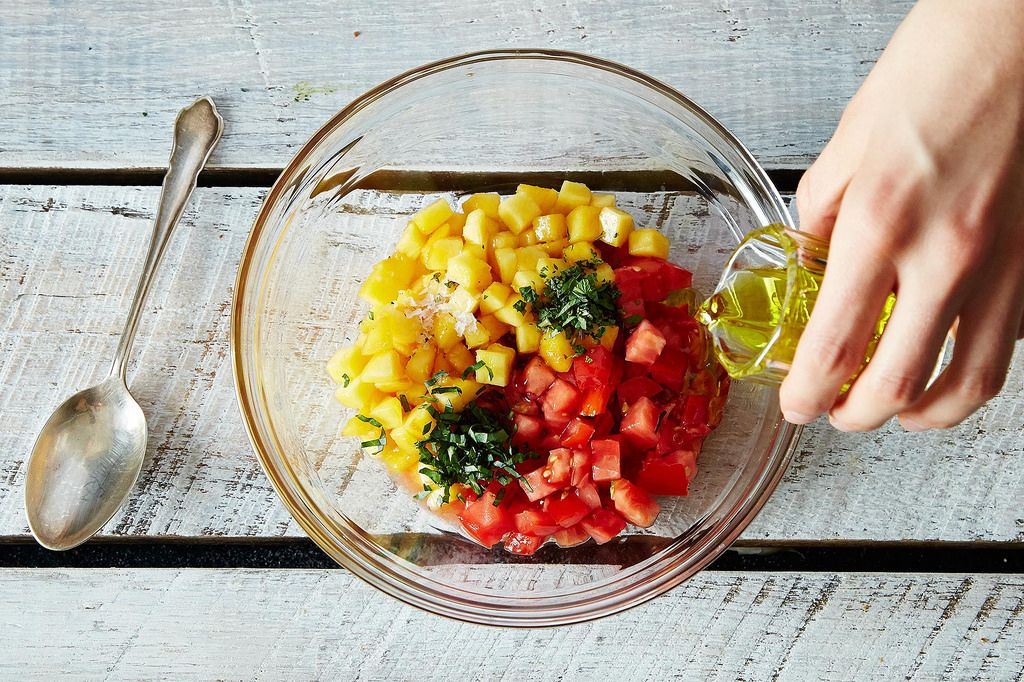 4. Throw in a good pinch of flaky salt to taste. Traditionalists, feel free to stop here. If you’re ready to amp up your bruschetta game, toss in a handful of finely chopped fresh herbs. Pick a combination of herbs that complements your produce. We went with basil and mint.

Make sure everything is well incorporated, then leave the mix to sit for about 10 minutes. This will allow the produce to marinate and take on the flavor of the olive oil and seasoning. 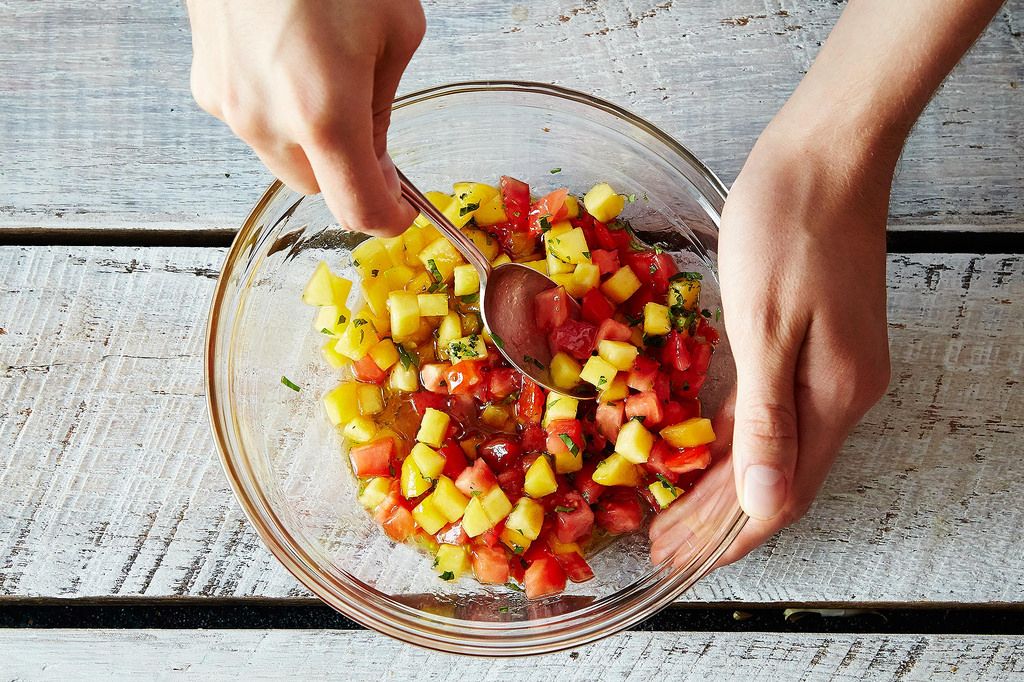 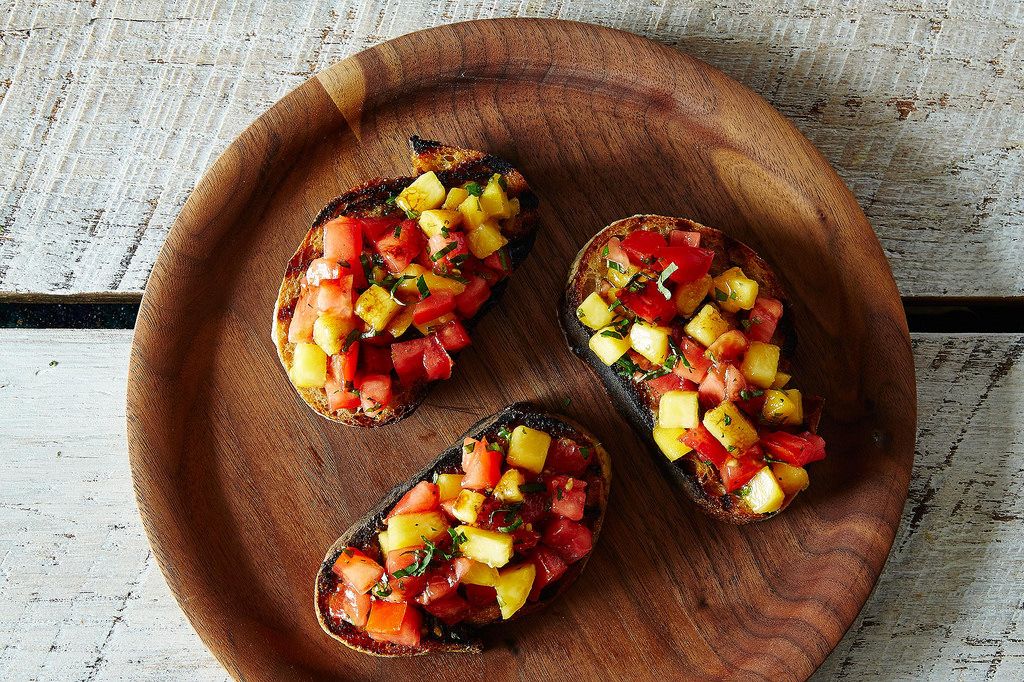