Even More to Know About Cucumbers

Today: Think you know cucumbers? Brush up on additional cucumber knowledge to improve your cucurbit cred. 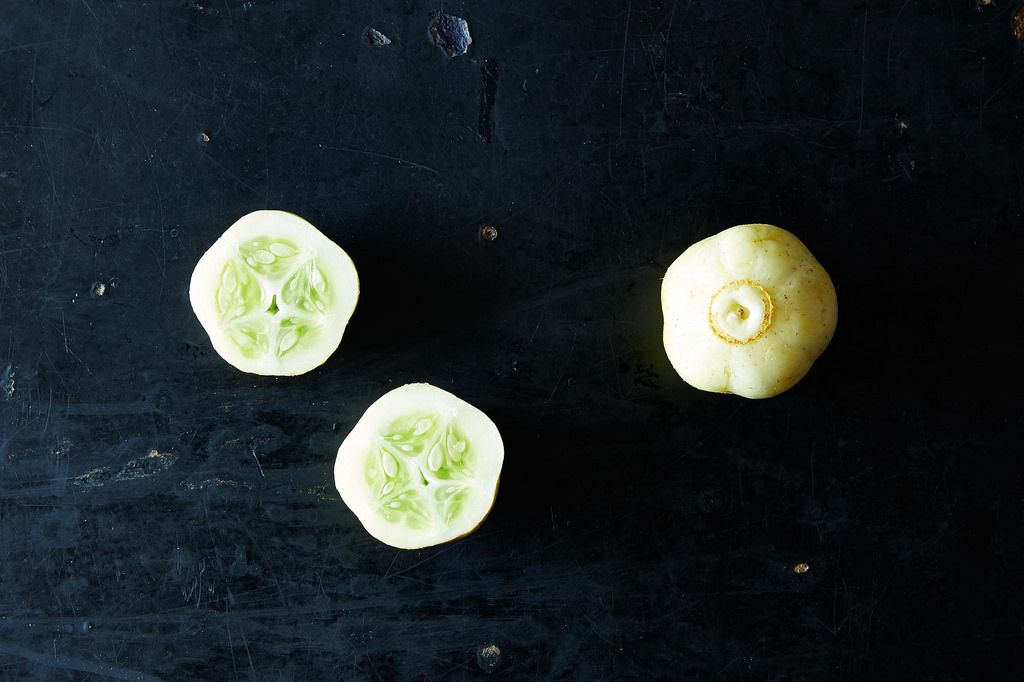 Historically, late summer is considered an off-season for news. In the U.S., Congress recesses, and nightly news programs seem filled with stories best suited for the cover of an entertainment magazine. (Unfortunately this doesn't seem to be holding true this year, and we'd happily watch frivolous news stories if it meant we could magically whisk away the unrest around the world.) America’s inspired name for this time of year: the slow news season. Other countries get more imaginative, dubbing this the "silly season" or "cucumber time," the latter of which we’re honoring, as we tell you even more about cucumbers during our summer week (a.k.a. Food52's off-season).

The truth is, although most years there might not be as much for reporters to cover during "cucumber time," there’s actually nothing slow about cucumbers at all. A cucumber might not appear to be moving much -- it's not like it's going to jump out of your garden -- but, like all plants, they're in almost constant motion. Cucumber tendrils continuously move around in a circle, searching for something to latch onto; the tendril makes a full rotation about every 15 minutes. Researchers have even built a prosthetic tendril to better understand how the real ones work. Spoiler alert: The internal structure of the tendril changes when it successfully latches onto something and starts to coil. (You'll want to watch this video to learn more about that, as well as to learn why cucumber tendril coils get kinks in them like your old landline telephone cord used to.) 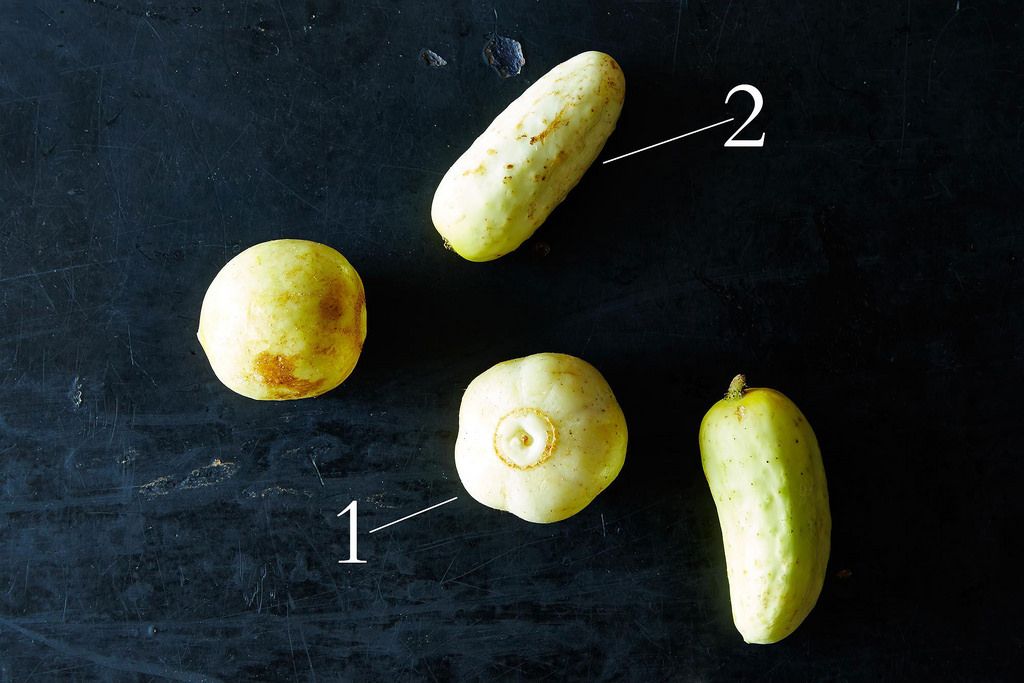 As you can see, cucumbers don’t just come in shades of green; they can be yellow, like these lemon cucumbers (1); orange; white, like these white pickling cucumbers (2); and even brown.

When it comes to colorful cucumbers, use them just as you would their more typically-colored relatives. We recommend trying one of our 12 favorite ways to enjoy cucumbers before you follow the ancient Egyptian recipe for a "popular beverage" that Jack Staub calls "an early lapse in culinary judgment." Apparently, Egyptians would cut a hole at the end of a ripe cucumber, stir up the seeds and pulp with a stick, seal up the hole, and then bury the cucumber for several days, after which point the innards would have become "an agreeable liquid." We're not so sure.

More: If you want to make a fermented beverage, stick with homemade kefir instead. 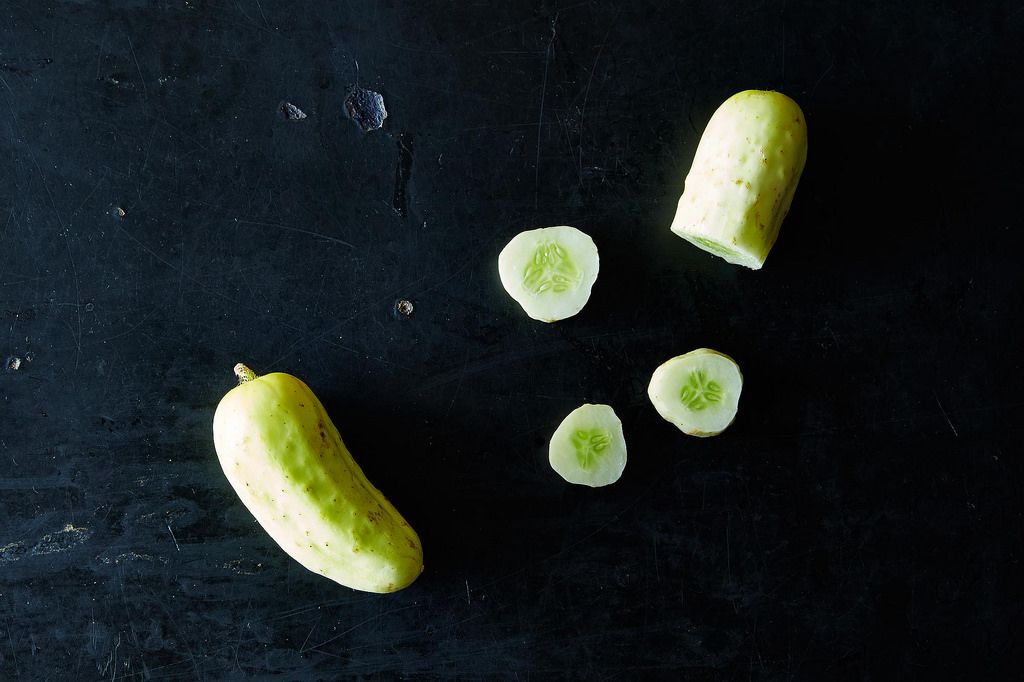 You’ve probably heard the phrase "cool as a cucumber" before -- crunching into one is no doubt refreshing (even the very air around them smells fresh) -- but you might not know just how true it is. On a hot summer day you might be sweating, but that cucumber growing in your garden isn’t -- inside, that cucumber’s flesh is 20 degrees cooler than the air temperature.

Tell us: How do you like to keep cool with cucumbers?

Ricko April 10, 2015
peel the cucumber,way to the bottom,leaving about 11/2 inch of skin,slice length wise to the skin add lemmon as much as you like,add chili powder or paprika .that's it.enjoy.kids wil love it.and me too.(74)years old.

SingingCook September 6, 2014
Some people cannot eat cucumbers because they get gas. Cucumbers are cucurbits as are summer squash and melons. There are some melons that make quite splendid cucumbers. You can find them as seeds or in nurseries labeled as "Armenian Cucumbers." But they are not cukes at all; they're a category of melon known as mekti. For several varieties of mekti, see the Baker Creek catalog (rareseeds.com) and look under melons and then under mekti. They carry three kinds. One of my farmers' markets and my local coop carry them sometimes too. My husband can now eat cucumbers.

sandi October 1, 2016
If you spoon out the seeds like you do with a lemon you will not have the gas problem. The seeds are what cause it, not the cucumber it's self.

adrienne.imbimbo September 3, 2014
those lemon cucumbers are hard to find. i got them at a market in holmdel one year, and the next year they didn't know what i was talking about. someone told me they are called sicilian cucumbers also.

robin September 11, 2014
Try growing these from seed. Just plant seeds in a tray in your window about 6 weeks before you plan to plant outside. Ive grown the lemon cukes from seed past 2 years and they did really well. Plant several plants for one family. Try Ebay for the seeds, easy and cheap.

whmcdevitt September 3, 2014
try slicing cucumbers like my mom did and pour white vinegar and salt over them.
a delicious snack and a great thing to serve on a hot summer day!