Asian pears are true pears, but in terms of figure, they look more like apples. These yellow-green fruit tend to be round and so plump that you want to cup them in your hands and just stare at their lightly speckled skin for a moment before you take the first juicy bite. 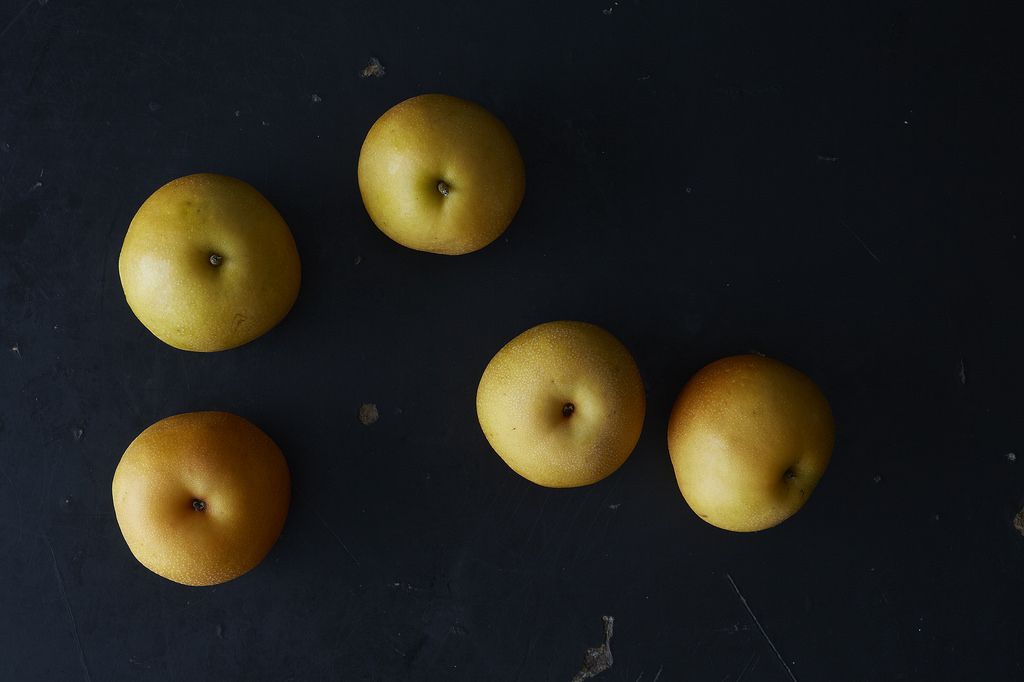 As with most things in life though, there are exceptions: Some Chinese varieties of Asian pears have the standard pyriform, or pear-shaped, figure that we associate with European pears. And Asian pears can have considerable variation in their skin too: Some varieties have smooth skin, and although we often think of them as a warm sandy brown (1, below), they can also come in shades of yellow, green, and reddish.

If you hear someone refer to an Asian pear as “russeted” (this condition isn’t limited to Asian pears—European pears and apples can have russeting too), this term refers to the skin having a slightly rough texture that is often described as “corky” or “net-like.” Russeting is brownish in color, and can cover just a small patch or an entire fruit. It’s a naturally occurring condition on some varieties of apples and pears, but it can also be a result of weather conditions.

More: Treat someone you love (like yourself) to a box of the best Asian pears around. 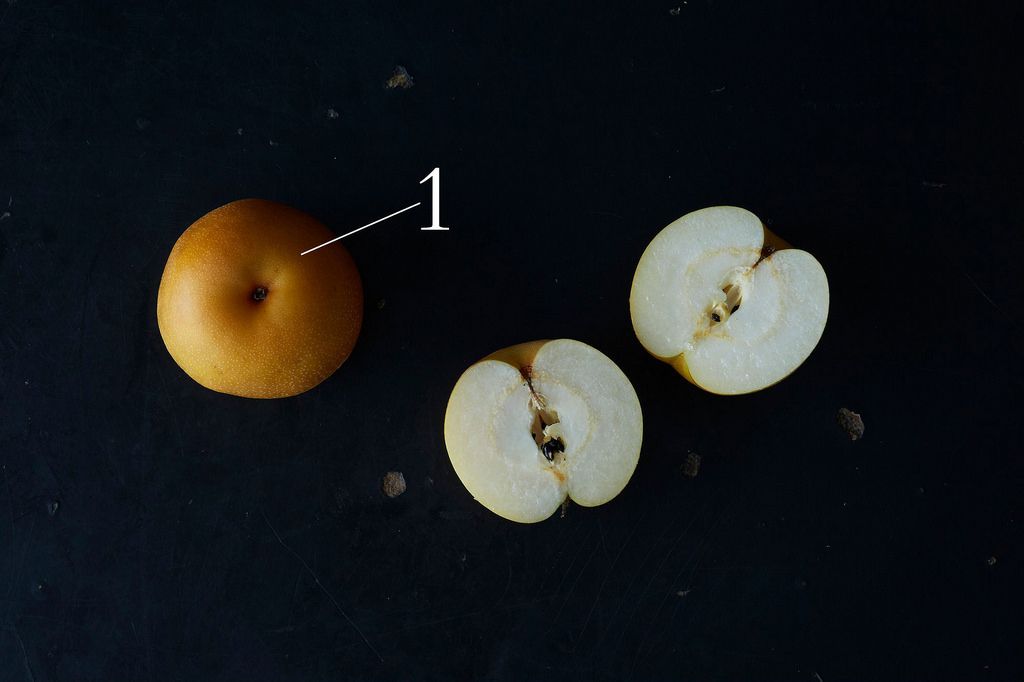 Asian pears are ready to eat as soon as you buy them—they’re picked when they’re ripe. Unlike other types of pears, which you want to eat when they have a bit of give to them, ripe Asian pears are firm. Even though they’re hard, they still bruise easily, which is why you often see Asian pears sporting foam net sweaters for protection.

Asian pears will continue to ripen after picking, so if you’re not going to get to them quickly, keep them in the refrigerator—but let them come back up to room temperature before eating to enjoy their full flavor.

If you’ve got more Asian pears than you know what to do with (and in that case, what time should we come over?), you can freeze them for later. Our friends at Frog Hollow Farm recommend coring your Asian pears (peeling first is optional, depending on your personal preference and how you’ll be using them), placing halves or slices on a baking sheet, and then freezing. After they’re frozen, transfer them to a freezer bag or freezer-safe container—you'll be prepared when the urge for pear cake strikes. 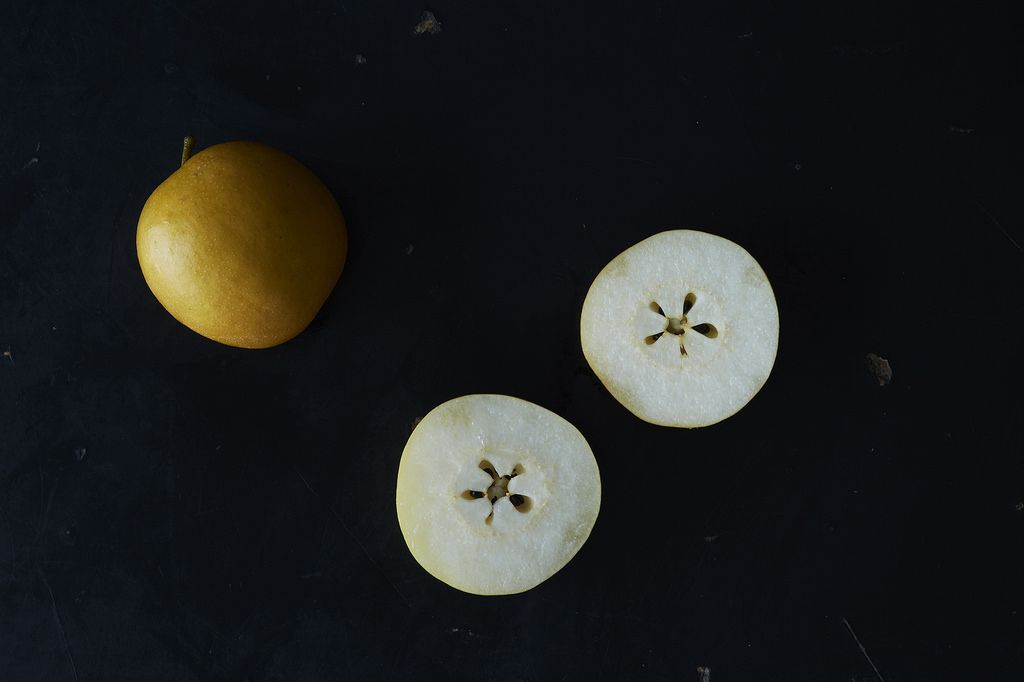 10 Ways to Use Asian Pear

Asian pears are arguably best eaten out of hand, with a sturdy napkin to catch the juice dribbling down your chin. But sometimes it's good to change things up, so here are all the ways we like to use Asian pear:

Tarter and crisper than their Bosc or D'Anjou counterparts, they're great for cooking:

More: Want your own box of Asian pears? Frog Hollow Farms grows the best ones around.

Tell us: What's your favorite way to use Asian pear?

Steve July 6, 2019
When I have a neighbor that feeling blue, I make a casserole with these and tater tots. Nothing helps to brighten their day like tots and pears.

Corj July 6, 2019
I dice them roughly, sautee to render some juices and use them along with candied ginger in autumnal scones.

Mara October 6, 2014
I like to cube my asian pears and sautee them in a bit of butter before adding them to some fried rice with bacon and chinese sausage and whatever else is in your fridge! Sweet and salty and delicious!

jane.coombs88 October 4, 2014
Also known as the Bachelor's fruit. in many refrigerators in Asia that and a bottle of water is all you find.

Andrea E. October 4, 2014
I dehydrate them when I get them from the orchard, great snacks and I have them through out the winter if I don't finish them to fast

AntoniaJames October 4, 2014
I realize that you only link recipes that have been photographed by Food52 or contributors to columns. May I recommend pierino's excellent flank steak recipe: https://food52.com/recipes/13423-mysteries-of-korea-town-kalbi-style-flank-steak In my opinion (and that of everyone who's been served this on my deck, which is a lot of people, because it's been a go-to summer party recipe for me since it was first published), you'd be hard pressed to find a better marinated steak, anywhere.

Also, Pear and Vanilla Aigre-Doux from Paul Virant's "The Preservation Kitchen." Best pear pickles (for processing) ever. Other pear varieties, even ones that start out firm, tend to get too mushy for my taste when canned. ;o)

Paul H. October 4, 2014
I slice Asian pears very thinly on a mandoline and layer them over a sheet of puff pastry for an easy galette. A quick brushing of melted butter, a sprinkle of crunchy sugar like demerara, maybe a little cinnamon and 20 minutes in the oven: wonderful.

Fran O. September 6, 2020
That sounds so easy And delicious! What temperature is the oven?