Death & Co: The Book Behind the Bar + a Giveaway!

Today: The cocktail book to end all cocktail books, from an inimitable New York City bar. (And we're giving away a copy! Comment for a chance to win.) 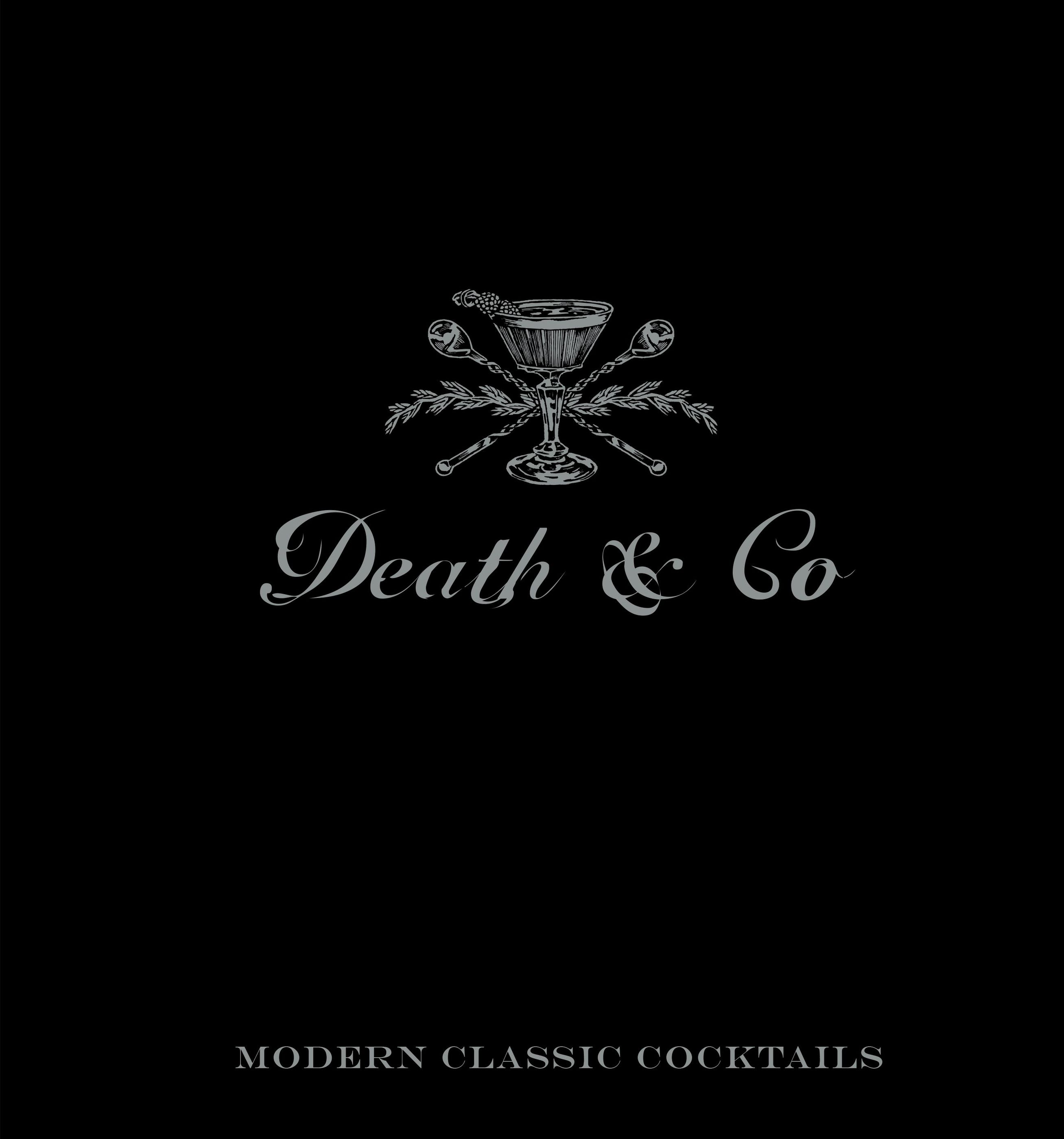 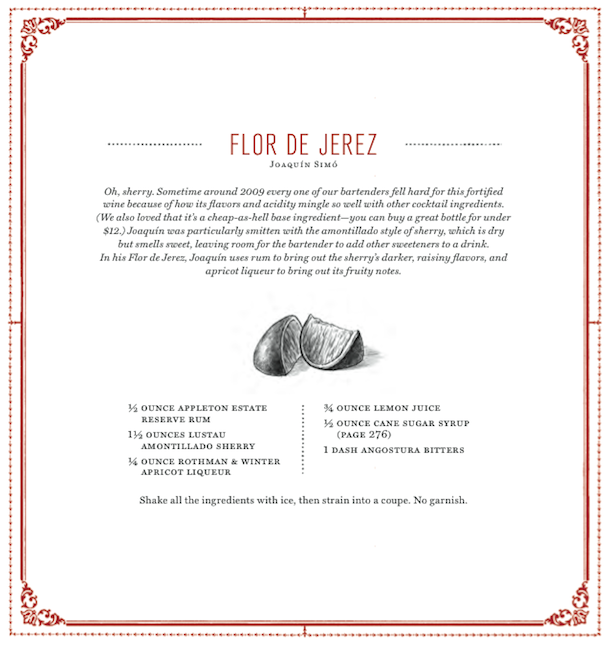 Craft cocktail culture can be a hard sell. We know this; anyone who has ever ordered a $16 drink and has tried to figure out what’s in there that makes it $16 knows this; and, maybe most importantly, Death & Co knows this. Which is why they begin their eponymous new book with a seemingly dissenting letter from Toby Cecchini.

Cecchini is somewhat of a cocktail legend; according to this book, he’s “largely responsible for the Cosmopolitan craze” -- remember the 90s? -- and had a short run guest bartending at Death & Co, the dim, craft cocktail stalwart on the Lower East Side.

In the first few hundred words of his letter, he outlines nearly every reason we might have to run the other direction from the current cocktail revolution. You’ll find yourself nodding along in time when he mentions “raging diatribes on ice” and “purification processes.” When he writes, “a waxed mustachio or gold-plated Hawthorne strainer does not a good drink make,” you’ll nearly jump out of your chair in agreement.

But he goes on to call Death & Co “one place I have found where this slavish allegiance to the craft of fine cocktail making is all for the good.” And that sentiment, though in reference to the bar, couldn’t better describe the book, which brings what you thought was a subworld to the surface -- and shows you why you should care. 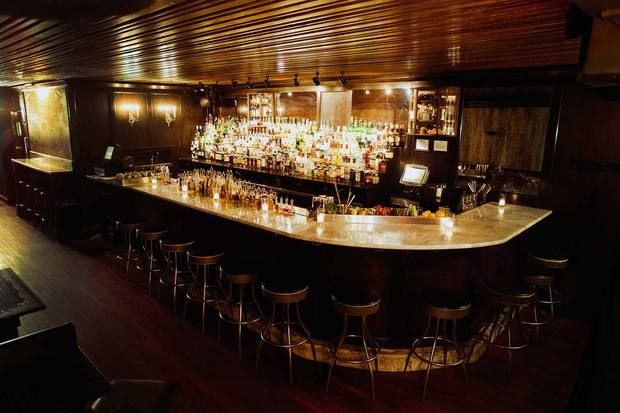 Death & Co, the book, doesn’t give you all of its cocktail recipes at once. Instead, it walks you first through how to build a drink; how to taste a drink; how to invent a new drink of your own creation. Before you get to the recipe glossary at the back, there’s a cocktail recipe here and there. You’ll think of them like boozy carrots on the end of a stick, until you realize that they're not really the carrots at all -- by the end of the first dozen pages, you’ll want to know what they know; you’ll want to think how they think. And even if you never want to work behind a bar as long as you’ll live, you’ll want to make a drink like they make a drink. This book will remind you, as Cecchini does in his introduction, that “if you’re not curious, you can’t learn.”

More: Treat yourself to a signed copy of the book.

If you’re curious, this book will teach you about spirits and garnishes and dilution, but it will also give you the play-by-play of what running a bar looks like, down to the electrician who never showed up. Through short profiles, it will introduce you to the bar’s regulars, like Father Bill Dailey, who’s made the 85-minute walk south from his Roman Catholic Parish to visit Death & Co for a Rob Roy. You may not have known you needed this information when you cracked the cover, but by now you’re sure you do -- because a good bar book isn’t just about the technique, it’s also about the place. What is it to know a bar if you don’t know the people pulling up its stools every week? 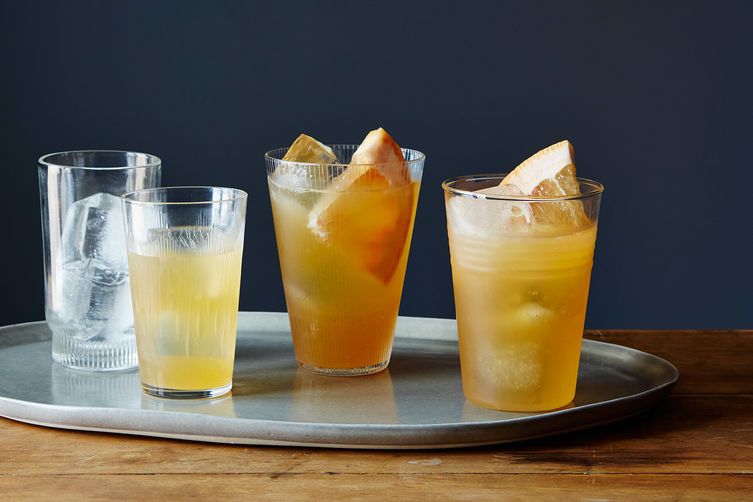 More: We'll wait while you go make a Martinez.

Kaplan, Fauchald, and Day, who co-authored the book, write with an acute awareness of audience; you don’t have to work behind a bar -- or have the tools to open one -- to gain something from these pages. In a section on fancy ice, there’s a small paragraph dedicated to “working with shitty ice.” And in a section on evaluating cocktails, they write: “reading about balance is rather dry and in no way delicious. It’s more fun to experience balance by having a drink (or three) to taste the difference between what we deem too sweet, too tart, and just right.” Then they ask you to make three daiquiris, each with a different spec. You’d do well to abide.

Death & Co takes a wide worldview of cocktails -- they give you classics, spins, and drinks from left field, and not one is given preference over the other. If you want a Manhattan, this book will not try to talk you into a different rye drink with a convoluted infusion and a flaming twist. They encourage you to improvise -- to make new classics -- but they do not require it.

The staff at Death & Co have a pre-service ritual called the GDT, which stands somewhat inexplicably for “gangster daiquiri time": A bartender makes a round of mini drinks right before the bar opens to toast the night ahead. It’s a ritual you may want to steal before cracking into this book. Head to page 141 for the recipe, then flip back to the beginning: You've got a good read ahead.

We have one copy of Death & Co to give away! To enter, tell us in the comments: What’s your most favorite cocktail in the world? We'll pick a winner next Monday, October 13th.

Update: Lisa Hoffer is our winner! We hope you enjoy your copy of Death & Co.

Lenos October 12, 2014
A perfectly made margarita, not from a sickly mix!

Nomnomnom October 11, 2014
Please, please would you divulge the maker or source for the glass used in the bottom photo, second from the right? It's so beautiful and functional. I've been coveting it and must track it down. Cheers!

Jeanne M. October 11, 2014
My favorite cocktail happened at the very posh Holiday Inn in Panama City in 1979. It was the most perfectly crafted Bacardi cocktail I had ever had and still haven't matched. Tall and frosty with just a blush of very good Grenadine at the bottom.

JoJoKoKo October 10, 2014
a perfectly made negroni is perfect for any occasion

Adg October 9, 2014
Hard to pick just one but if I had to I'd lean towards a well made Old Fashioned.

Ani October 9, 2014
I'm a gin fan...martinis, French 75s, negronis. I'd love to learn how to craft cocktails; sounds like an amazing book!