Why We Love Gabrielle Hamilton's "Prune" 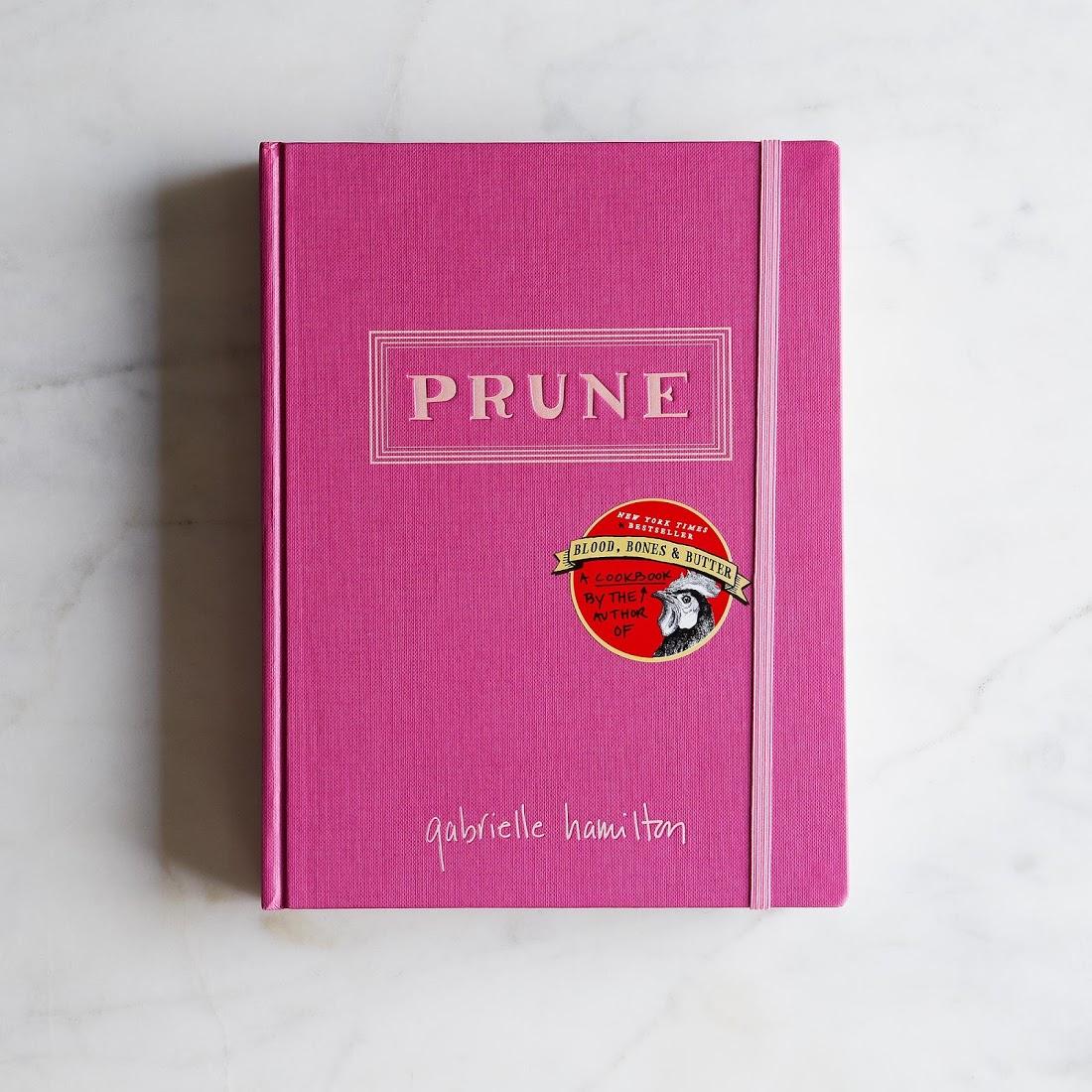 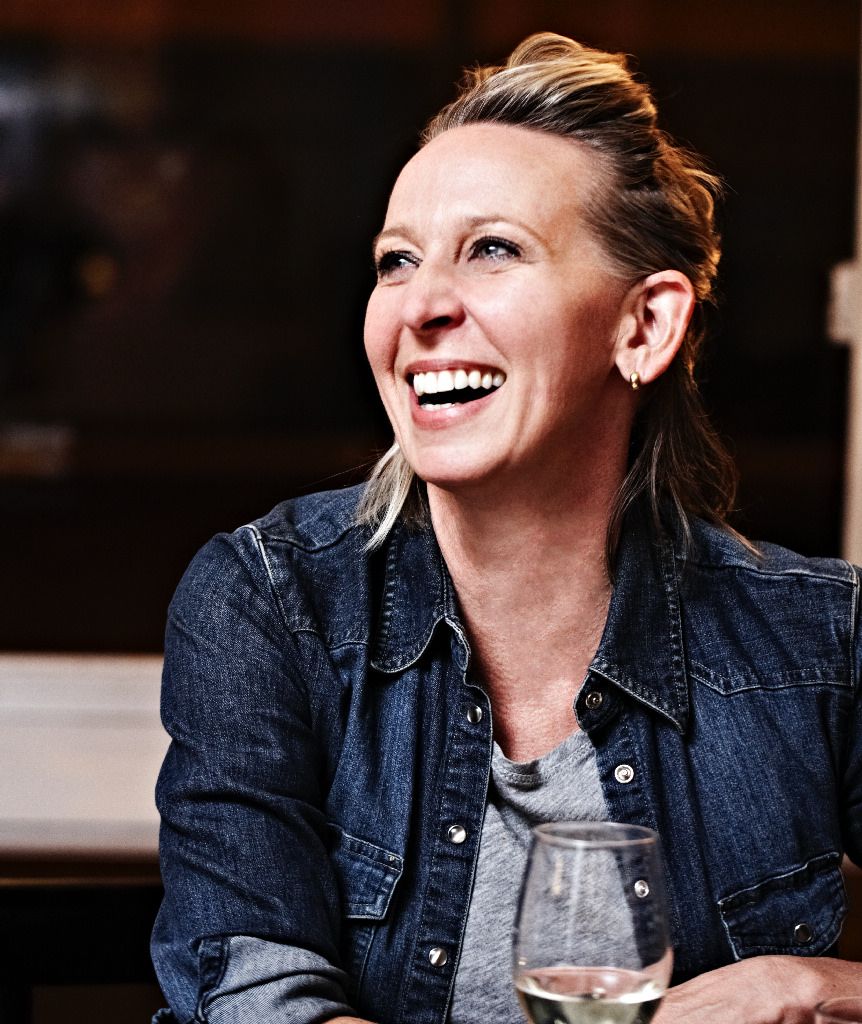 Gabrielle Hamilton’s cookbook, Prune, isn’t the sort of thing you read quietly. The act of absorbing it, like the food within its 500-plus pages, is loud and exciting and will drive you to look for a friend to enjoy it alongside you: You’ll gchat or text a friend or prod the person next to you in the ribs to tell them about a whole candied orange that you eat with a fork, or bitter endives drowning in oil and chopped anchovies, or two entire pigeons on toast, splayed out and nestled against each other as if canoodling on a pool chair.

And then you’ll get to Hamilton’s recipe for grape nuts cereal with maple syrup and a vanilla ice cream cone. I mean, really! Imagine someone setting a bowl of grape nuts in front of you, swimming in maple syrup, topped with an upturned ice cream cone. You think: Her balls are so big! And her understanding of our cravings, of the things that will make us squeal with delight or sigh in relief, so spot-on.

More: Pick up a signed copy of Prune on Provisions.

Just like her food, Hamilton’s book goes its own way in form and style: It values honesty over conformity and every inch of it bears Hamilton’s handprint. (The book bears her handwriting, too, with extra notes scribbled in margins and empty spaces). It is a little strange. But once you get past that, Prune will teach you to shape your dishes and your meals in new, bolder, more coherent ways.

Let’s get the most obvious question out of the way: Why the hell is there no introduction, no headnotes, none of the cheery handholding that we’re used to accompanying a bookful of recipes? Well, because Hamilton already wrote all of that. That introduction, those headnotes -- they’re all covered in her memoir, Blood, Bones, and Butter, which explains both her trajectory and the almost coincidental development of her cooking style. Hamilton didn’t want the book to be redundant -- as she told me recently, her memoir “obviated the need” for any sort of front matter or traditional storytelling. She wanted to get straight to the point, the thing that has always been her priority: the food. 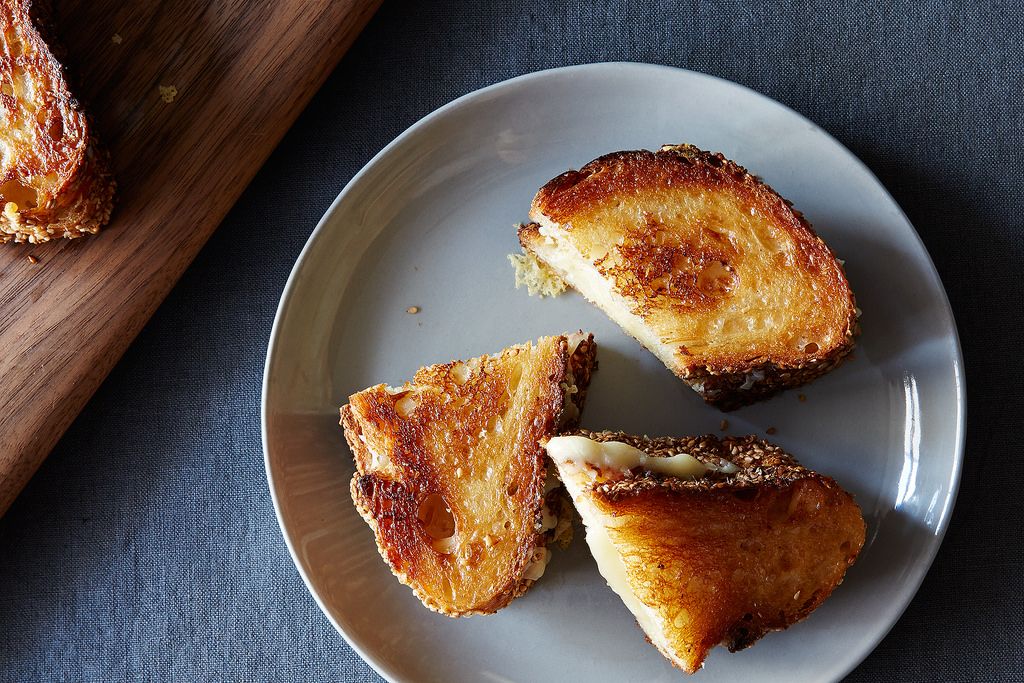 And second: Why is this book written to a line cook and not to me? (Am I not special?) Prune includes directions like, “Don’t hold these on a sizzle at your station" and "Stay on the porters to save all of the radish and turnip leaves from daily vegetable prep.” It does not coddle the home cook, does not sell you on its recipes by promising that leftovers are great the next day. That is not Hamilton’s M.O., and never has been.

As she tells it, “I started to write the book in a traditional way and after 11 minutes flat, I understood that I was lying on every page. I’m good at the truth and not good at fibbing. So I had to write the way I talk and I talk only to line cooks. I had to make that choice.” And it might trip you up at first glance; like Prune’s food, this is not a format that we’re used to. Also like Prune’s food, it’s a welcome change. And it’s a change that, because of the honesty and intelligence behind it, works. “The good news is I have a lot of writing education. I’m not a stooge. I wrote it to the home cook, I just used a different voice because it was imperative.” Just because she’s not looking you directly in the eye doesn’t mean she’s not here to teach you.

Now that we’re all out of our collective comfort zones, and okay with it, we can address the meat of the book. (And the vegetables, Prune’s secret shining glory.) The recipes in Prune come exclusively from 15 years of menus, including those dishes that have become synonymous with Hamilton’s name, like the Youth Hostel Breakfast: an assortment of wursts, olives, crackers, an egg, and tubes of fish paste. She might be the only person who can get away with publishing a recipe for radishes with butter and salt (“be graceful on the plate, please”). Her food is loud and unafraid -- vegetables are drenched in oil and cooked until slumping, olive oil is wielded with aplomb, and nothing ever feels superfluous or fussy. 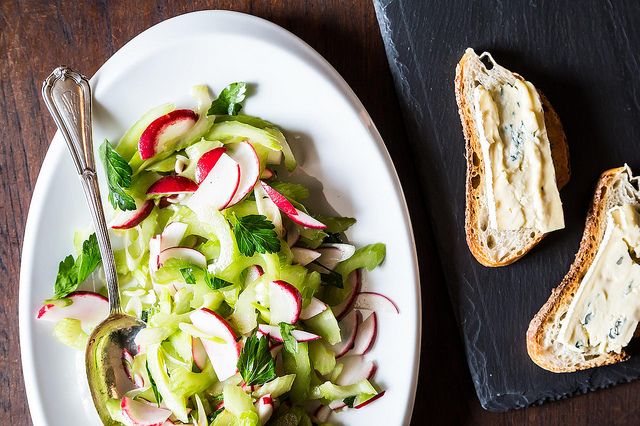 Among Prune's pages you’ll recognize dishes you tried on that year abroad in Spain or France or Italy -- there’s a lot of European influence here -- but Hamilton always brings in her own perspective, her own balance of high and low. She honors the Italian tradition of serving fresh, perfect fruit for dessert, but makes it her own by serving sugared, “dead ripe” peaches atop buttered toast. Hamilton trusts her own taste; she does whatever the hell she wants. Luckily for us, she knows how to make food that is excellent in ways we didn’t know we wanted.

It would be easy to write off a book without an introduction or headnotes as a book without heart, but Prune is oozing with it. The precision and detail with which Hamilton writes her instructions shows not only her concern for the food Prune serves, but also the experience of her diners and the education of her cooks. There is an entire chapter comprised of recipes from her late mother-in-law, Alda, as heartfelt a dedication as you’ll ever find.

Hamilton describes herself as a “weird matriarch,” and her guidance is stern but caring. She reminds us to “TASTE THE LIQUID! KNOW WHERE YOU ARE HEADED!” when braising beef tongue. When plating burrata, she urges: “Let’s just let the big gorgeous milk-white orb speak for itself.” And there’s an entire “garbage” chapter, where Gabrielle’s relentless pragmatism shows us how to make use of all the bits and bones that we will never again throw away. You quickly learn that staying within the confines of recipes allows Hamilton to do what she does best, which is teach, and make good food, and write, and feed us.

“The book that I really had in mind was not a cookbook and not a literary book,” explained Hamilton. “It was that kind of family heirloom that your grandma may have given your mother at her wedding -- a hand written book full of recipes and maybe an explanation of how to get a stain of a tablecloth.” A thorough reading of Prune is more likely to stain your tablecloth than clean it, but you’ll be too happy and full to care.

bonni August 5, 2018
I like everything about this book except that there's no index!!! (so much swearing I am!)

freshparsley November 30, 2014
Have been reading this during free moments this past Thanksgiving. And I get it! Great advice in an authentic voice for us to figure out how to use in our own kitchens. Get your head in the game people! Gabriella is not the kind of teacher to spoon feed you.

Elizabeth G. November 28, 2014
This article would truly be a good introduction to the book.
Author Comment

chez L. November 23, 2014
As it happens this book is currently on my floor next to about 20 others from the library, so I actually "tried" to look up the afor mentioned radish recipe... What no index and my goodness this is a heavy book. For some reason I wasn't so aghast at this radish recipe as I was with Bittman's "How to cook everything fast - avacado" recipe. "slice avacado squeeze lemon and sprinkle with salt.
Although the recipe that I opened at random was a little "much" from Prune "tomatoes with salted butter"...with the actual title of the recipe was actually longer than the ingredient list. But I did forgive her this one because I never ever thought to spoon salted butter over tomatoes and I never thought to dry their skins to grind up for flecks. That alone is worth reading the book for.... Even though there's no story for any recipe that I noticed just flipping through it.. That's probably why it's been on the floor for over a week now.... I want the story

Alexandra S. November 21, 2014
A full chapter dedicated to Alda's recipes? I'm sold. My favorite parts of Blood, Bones, Butter were the Italy scenes. They also broke my heart. God I love that book and Gabrielle Hamilton. Might have to treat myself to an early Christmas gift.

ATG117 November 21, 2014
Great review. She is fantastic. Are there any photos in the book?
Author Comment

EmilyC November 21, 2014
Love this review -- a great read on a Friday morning. I can hardly wait for the Piglet with this and so many other good cookbooks as contenders.