Every September, Tyler Gray starts receiving text messages from unknown Italian numbers. In broken English, they say things like “I’ve got something for you” and “You want to buy 1 pound?”

This isn’t the start to an international drug trafficking story. It’s the truffle business.

Gray is one of the founders of Mikuni Wild Harvest, a company specializing in rare, wild, and foraged foods. Along with truffles, Mikuni sells caviar, wild mushrooms, and heirloom apples. It's a business where people will pay whatever it takes—say, $10,000 for a single truffle—without batting an eye. And now that it's white truffle season again, we've restocked Mikuni's white Italian truffles in our Shop. 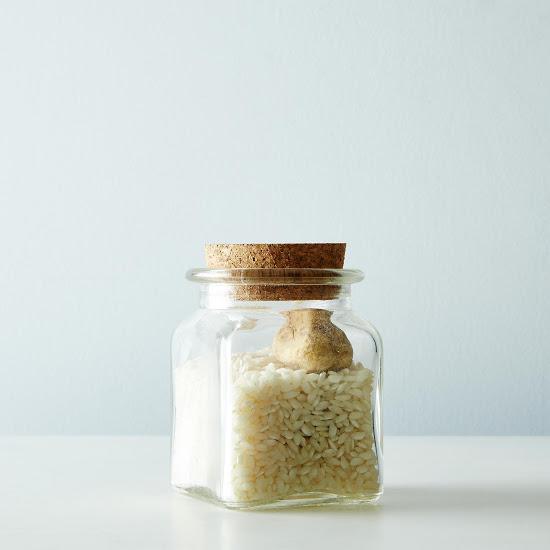 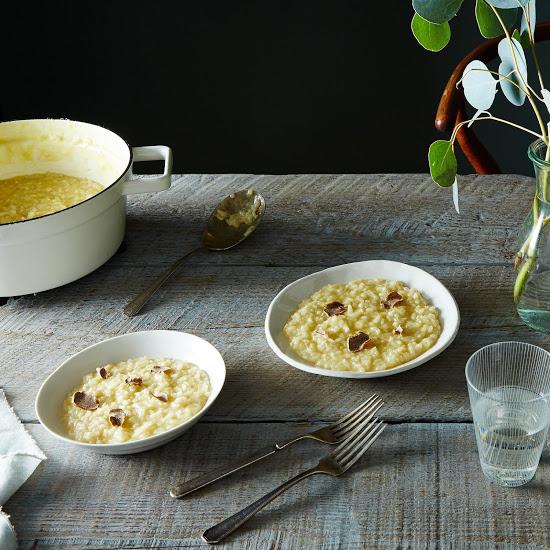 A white Alba truffle from Mikuni that you can buy in our Shop; risotto with shaved white truffles.


So what is a truffle exactly? Like mushrooms, truffles are members of the fungus kingdom, but mushrooms can be wild or farmed. Truffles, however, can only exist in the wild. The black summer truffle is the most common, with very little aroma or flavor, and the white Alba truffle is far scarcer, with an intense, complex scent. They require very specific soil conditions only found in a few areas of the world (primarily Italy, Croatia, and France), and they form symbiotic relationships with certain tree species, meaning they need those roots (birch, hazel, beech, oak, and poplar) to thrive.

The truffle season lasts for only a few months each year, and truffles have to be foraged by hand using a dog trained to detect their scent. That, along with the fact that they grow underground with no sign of their presence, makes them extremely rare. Traditionally pigs were used to hunt truffles, since they're naturally attracted to the scent, but these days truffle hunters rarely use pigs. Unlike dogs, pigs want to eat the truffles once they find them, and you can imagine the struggle it would be to wrestle a 400-pound pig away from their food.

Their rarity drives up their price: High-quality white truffles can cost up to $15,000 a pound depending on the market. But chefs aren’t paying that kind of money just for a status symbol—truffles have an intoxicating and exceptionally unique flavor. Asking someone to pinpoint the taste is difficult (a little like wine tasting) but if you do, you’ll get bizarre answers like wet soil, or mold, or onions. Gray describes it as a mixture of cream soda, garlic, and sweet methane. Not precisely the most appetizing of descriptors, but a good indication of how heady truffles can be. And we're not using the adjective heady lightly: the scent of truffles is chemically similar to human pheromones, so we’re actually wired to be attracted to them. 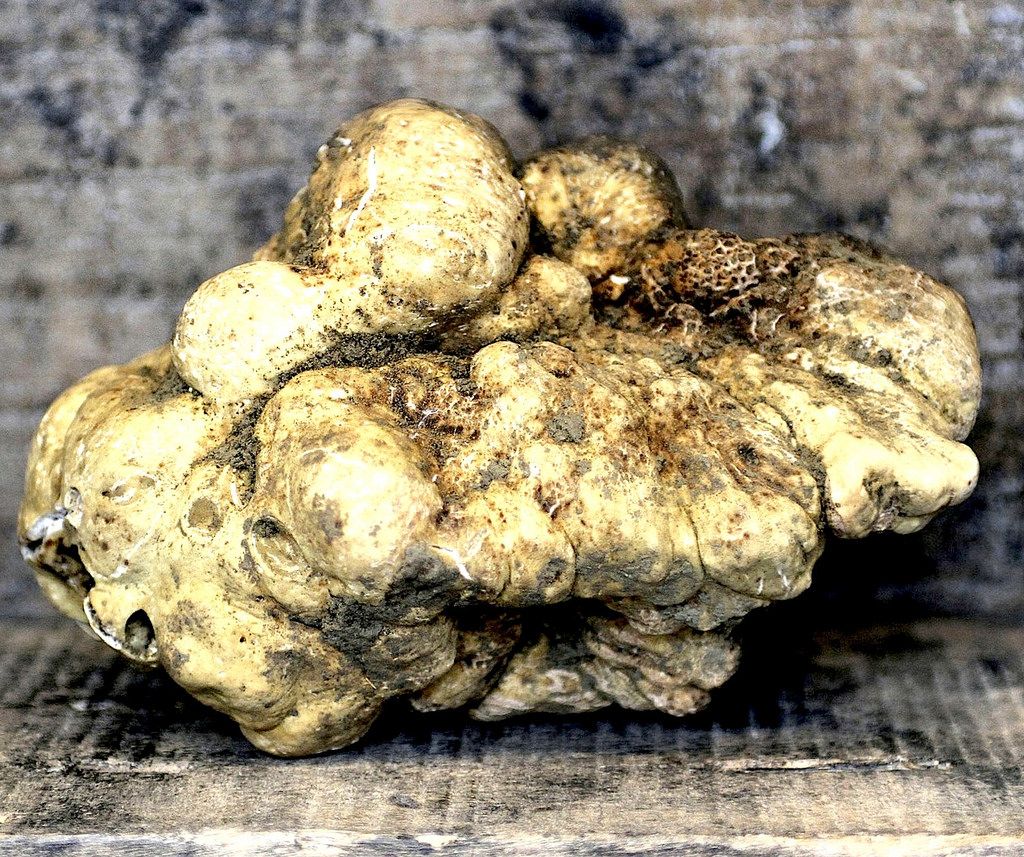 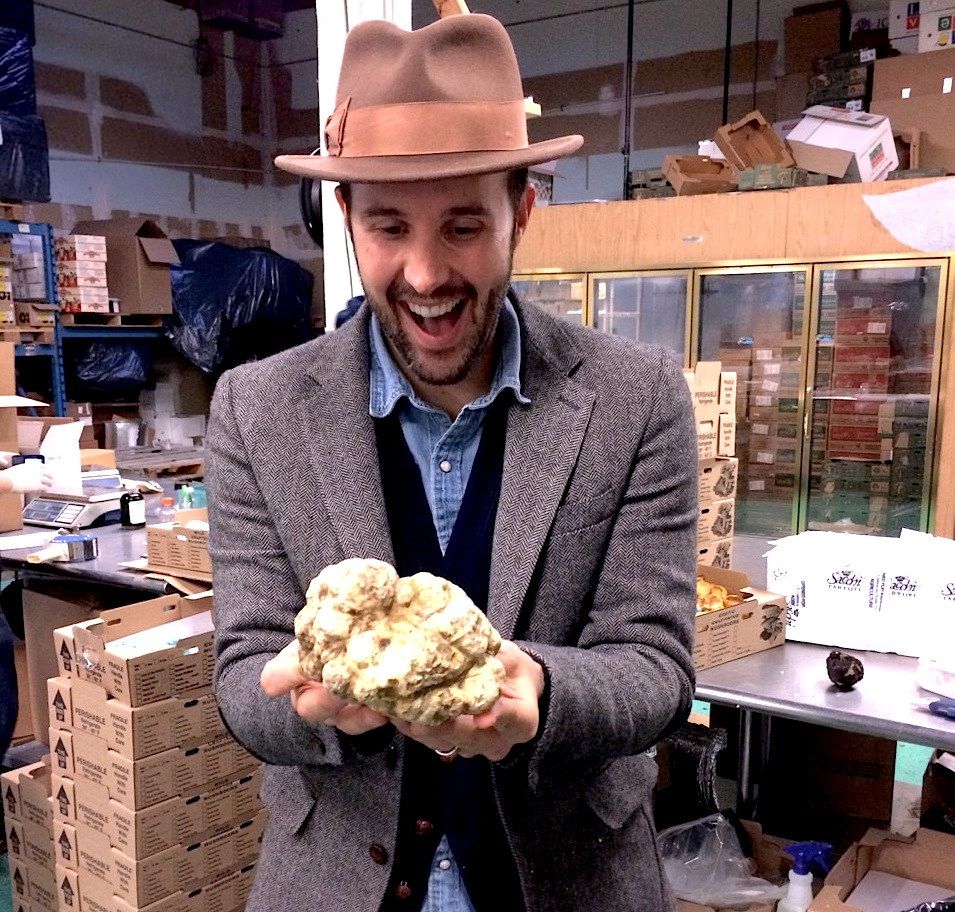 
To source his truffles, Gray works with several mid-sized Italian companies and a handful of independent foragers. These foragers are the guys who text him every September—the ones he trusts to find the best truffles out there.

And trust is important in the truffle business. Truffles begin to lose their potency the second they emerge from the ground, so every hour counts. A fresh truffle should be eaten within two days, which is a tight timeline for negotiating, importing, and selling. Tyler has to invest money in the truffle before knowing whether it will sell in the U.S. If he gets a sub-par product, he has to absorb the cost.

Once he decides to buy a truffle, it’s shipped from Italy and passes through customs—a nerve-wracking day of waiting for the USDA to approve the shipment—before it arrives at Mikuni’s warehouse. Gray and his team inspect the new arrivals, then check with their network of chefs and markets to find a buyer. These days, he has a fairly reliable market, but when Mikuni first launched in New York in 2009, Gray and his partner would ride the subway with backpacks stuffed with fresh truffles, showing up at the door of top-tier restaurants like Daniel and Babbo, hoping to find clients.

Mikuni now supplies regularly to those same restaurants, and dozens more, and has warehouses in Vancouver, Seattle, and Las Vegas. Gray has sold millions of dollars of truffles and has become a renowned dealer in the industry, regularly supplying places like The French Laundry and Per Se. 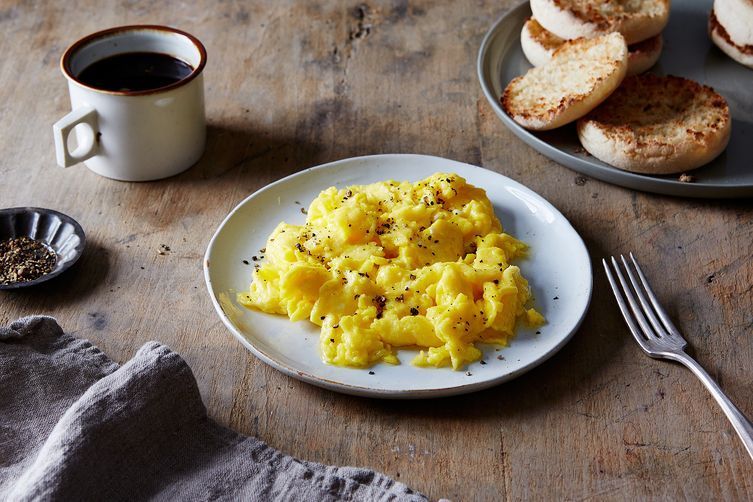 Despite the rise and fall of the market, the truffle is the perfect luxury food. It’s rare, impossible to cultivate (many smart people have tried), and has a flavor that’s exceptionally difficult to replicate. If you’re thinking you’ll just spring for the cheaper version (truffle oil), think again: Most truffle oils don't actually contain truffle, but rather they're made of regular olive oil infused with chemical compounds to mimic the taste.

You can buy a truffle from Mikuni here in our Shop, while the season lasts, which could be anytime between next week and mid-January. When you get your hands on your own, first just sit down and smell it. Breathe it in. Then wrap it loosely in a damp paper towel until you’re ready to use it, and get cooking! There are very few savory dishes they wouldn’t improve, and they’re equally exquisite in fancy pasta and on a simple pizza, but we recommend shaving it over soft scrambled eggs. Because that’s the fantastic thing about truffles: While admittedly a little highbrow, you don’t need a culinary degree to use them to their full potential.

I asked Tyler if he likes to order truffles when he eats out. He does—but he always brings his own.

We originally ran this article in 2014 and brought it back just in time for this year's white truffle season!