Today: A better -- and lazier -- way to poach your chicken. 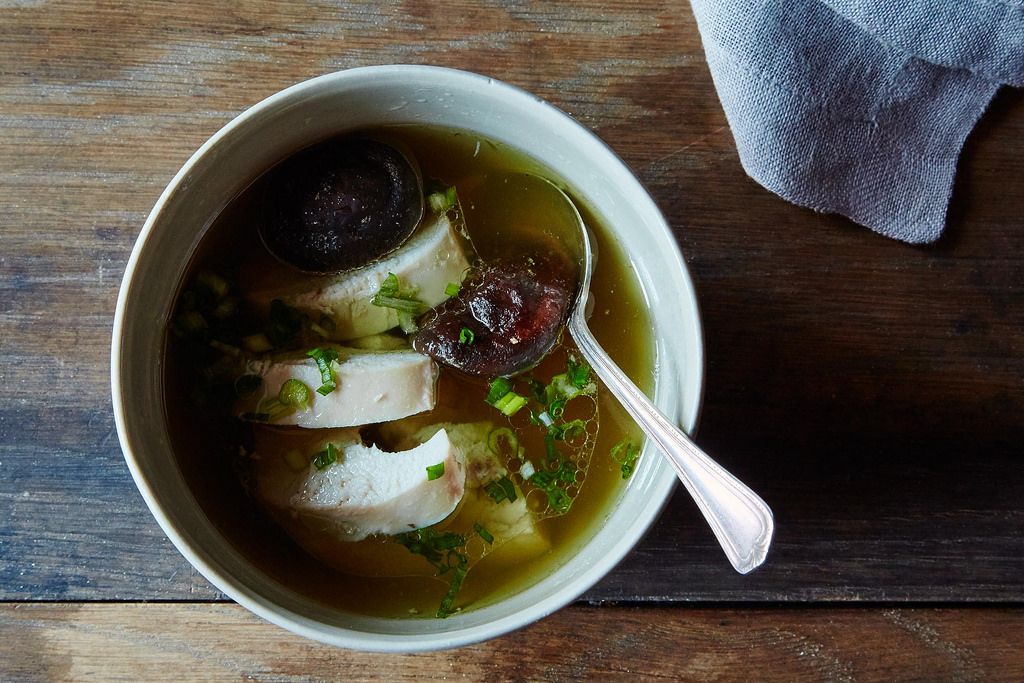 This is the time of year when I catch myself thinking things like, "For my next life, I want to come back as a person with two ovens."

And until that comes to pass, it is the time of year when the slow cooker, which failed to justify its existence all summer long, becomes a supremely useful appliance. To help you hold on to your holiday sanity, we reviewed some of those uses last time: beans umpteen ways, chili, Southern choucroute. This time, a time-honored function of the slow cooker: Cooking, with excruciating tenderness, a large hunk of meat.

Most meat dishes that do well in the slow cooker do well braised. Pork shoulder, brisket, short ribs, beef shank: All of these collagen-rich cuts, and many others, are built to be braised in the slow cooker, and they require almost no oversight. The last brisket I made in the slow cooker was so good it has all but ruined brisket cooked any other way. 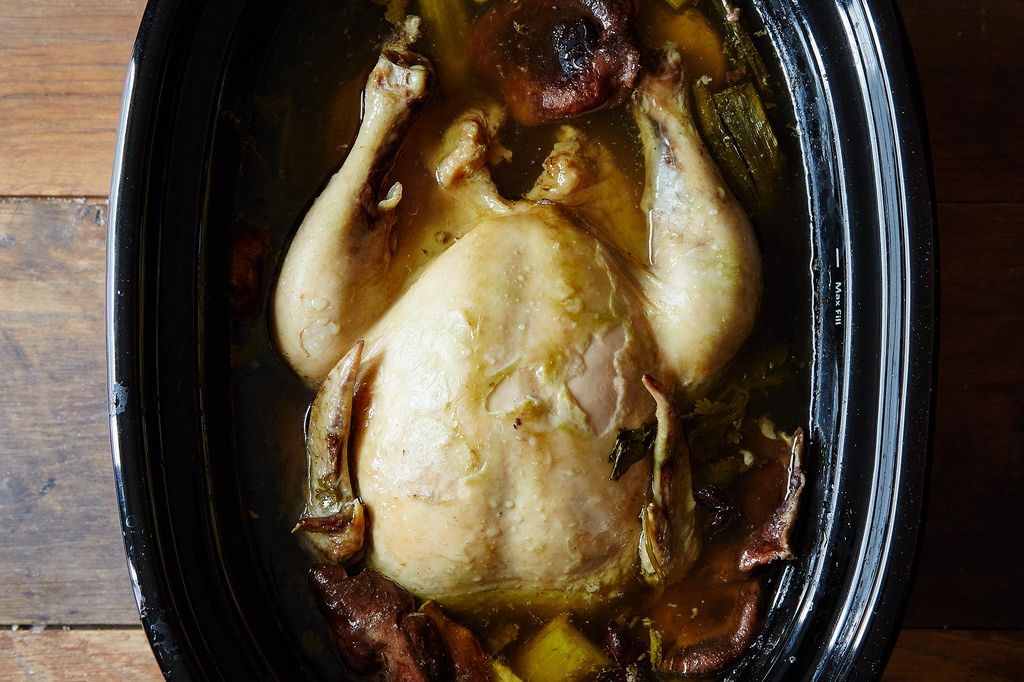 But there’s another, often overlooked cooking method the slow cooker excels at: poaching. On the stove, poaching is a fickle, attention-demanding activity because a pot of water kept just below boiling is always threatening to boil -- and once the pot is boiling, so is whatever’s in it. (Good for pasta; less good for meat.) Poaching takes place some thirty degrees or so below boiling, a finicky temperature range to maintain. But a slow cooker heats up so slowly and so cautiously that it naturally keeps the water below boiling. Its weakness is its strength; it poaches because it cannot not poach.

If you poach a whole chicken in a slow cooker, what you get, after several hours, is chicken that’s astonishingly moist and delicate -- chicken that barely seems cooked at all. Think of it as pseudo sous vide. Yes, unlike sous vide, you’re sacrificing some flavor to the water bath around the chicken -- but also unlike sous vide, that water bath has been transformed into a mild, extremely useful stock.

The recipe here comes from the book where I learned this trick, One Pot, from Martha Stewart Living. This version is Asian-inflected, with shiitakes and star anise and ginger. You could do that, or you could do use a few bottom-of-the-crisper aromatics. The specific recipe is less important than the basic technique. Once you have poached chicken this good, there’s no end of things to do to it, and included in that list is almost nothing at all.

Nancy June 15, 2015
I've made this recipe three times. The chicken is wonderfully tender and flavorful, but twice I've had problems with whether it was fully cooked. For example, I made it day before yesterday, and when I checked the temperature of a breast, it registered 165. But, as I withdrew the thermometer, it was followed by a stream of very red blood! I kept poaching it until it registered at least 170 in every piece of the bird. I drained and refrigerated the whole bird overnight. The next day when I pulled the legs off, there were pink congealed juices on the inside of the thighs. Is the chicken safe to eat? I really appreciate some guidance. Thanks!

This looks great, but now I am wondering about your brisket!! Please share?

Pork N. December 18, 2014
You could then expand this to include delicious rice to make the famous Thai dish Kao Mun Gai. Thank you!

JoyceB December 22, 2014
Wow. I just went down a Kao Mun Gai rabbit hole. Have never tried it and now can't wait to make it!

amanda December 18, 2014
This sounds delicious, but my slow cooker instruction booklet specifically says not to cook a whole a chicken in it, due to danger of bacterial contamination in the not-hot-enough chicken interior. Will everything get warm enough in this recipe to allay this concern?
Author Comment

Nicholas D. December 18, 2014
I suspect other people may have better answers to this. (And I suspect that those answers may vary!) But I think this should be fine, as long as the chicken is fully cooked. (Take its temperature.) And as long as the chicken isn't frozen, or even partially frozen. FWIW: the USDA's safety sheet on slow cookers doesn't warn against cooking a whole chicken.

amanda December 18, 2014
Thank you! Looking forward to trying it.