Today: An easy retro favorite you'd do well to bring back, stat. 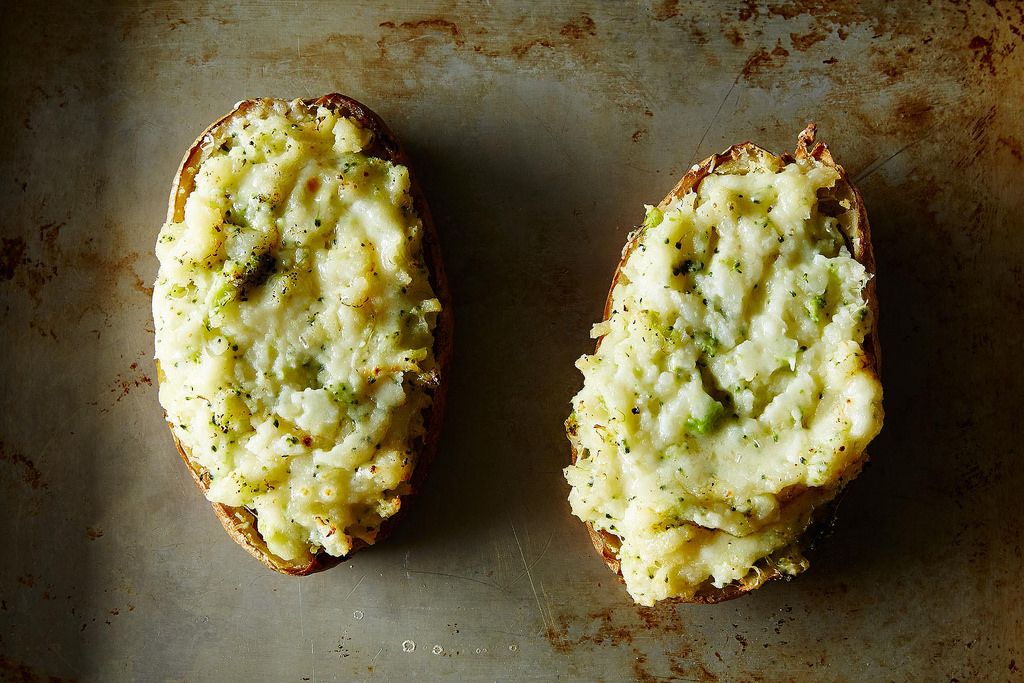 I've been on a baked sweet potato kick for a while now. They make an excellent base for leftover bolognese or lamb stew, and I can't get enough of them with their insides hollowed out, mashed with crème fraîche, Parmesan, a little fresh thyme and some salt and pepper, and then returned to their skins.

But the plain old baked spud that was such a standby when I was growing up hadn't graced my table in years -- until recently, when I received some russet potatoes as part of a grocery delivery instead of the Yukon Golds I'd ordered. We had some nice aged cheddar and leftover cooked broccoli in the fridge, so instead of boiling and mashing per usual, I decided -- partly on a whim and partly thanks to this piece -- to revisit that beloved mall staple of the 80s, the baked stuffed potato.

Most of us didn't know about crème fraîche or good aged cheddar back in the 80s. I shouldn't have been surprised that the addition of good quality ingredients would make all the difference, but even so I found myself marveling at just how tasty these potatoes were. With their crisp skins, cheesy tops, and savory, melting insides, they serve as a great low-key supper. In fact, I'm even thinking about making them for a quiet New Year's Eve dinner at home this year.

drbabs December 23, 2014
My mother makes these all the time.

AlohaHoya December 23, 2014
Years ago I went on a 'diet' of Twice Baked Potatoes...made with non-fat yogurt cheese, cottage cheese, some cheddar ... lots of garlic and chives. Never had so much fun, ate so well and lost weight all at the same time.... Thanks for this reminder!!!

Carolyn March 13, 2016
I take mustard seeds and roast them, a couple of tablespoons, put aside. Then carmelize a small onion with a bit of oil and butter. After scooping out 2-3 baked potatoes, I mix in the mustard seeds and the onion, potato, and stuff into the skins, mix in a teaspoon of turmeric. Warm in the oven with or without cheese. Works well in stuffed peppers too.