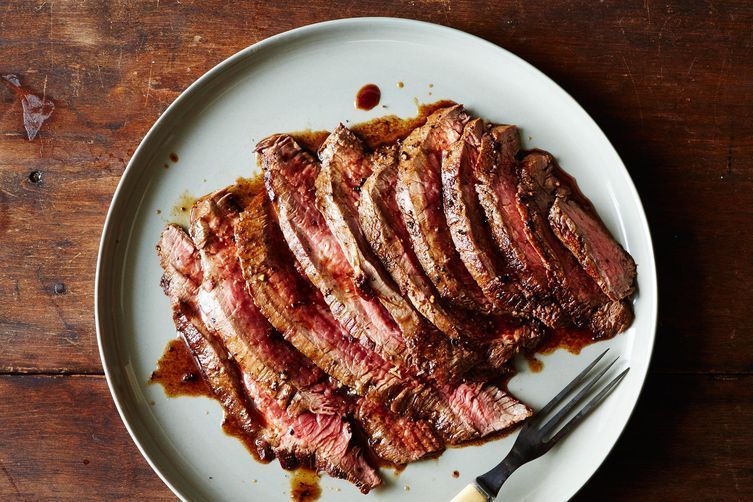 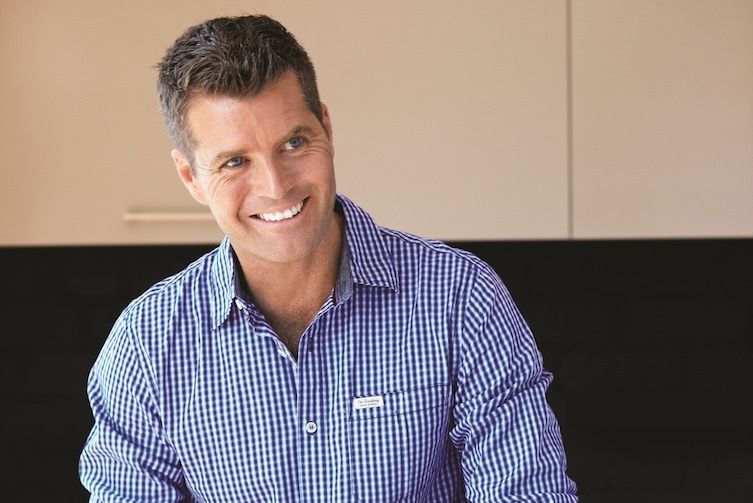 Chances are you've already heard of the Paleo diet, which avoids all foods that were not available to Paleolithic humans, including most dairy products, refined sugars, grains, legumes, and processed foods. Chef Pete Evans, an Australian television personality, came across Paleo, which he refers to as a lifestyle rather than a diet, four years ago, when his now-fiancé introduced him to Nora Gedgaudas's book, Primal Body, Primal Mind. Since then, he has published his own book on the subject, The Paleo Chef, which which offers 100 restaurant-worthy recipes that take a new approach on Paleo. 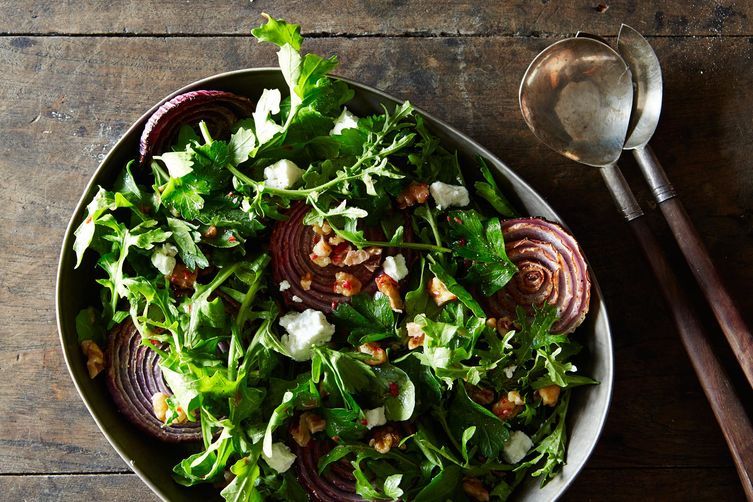 1. There are several variations on the Paleo lifestyle. Alternative versions of the diet include the Primal Diet, Caveman Diet, or LCHF (Low Carb, High Fat). While many people, like Chef Evans, choose to eat only unprocessed, non-dairy foods, others do not prioritize unprocessed food, and some will also eat certain kinds of dairy, like full-fat yogurt and certain cheeses -- it's all about finding out what works for the individual. 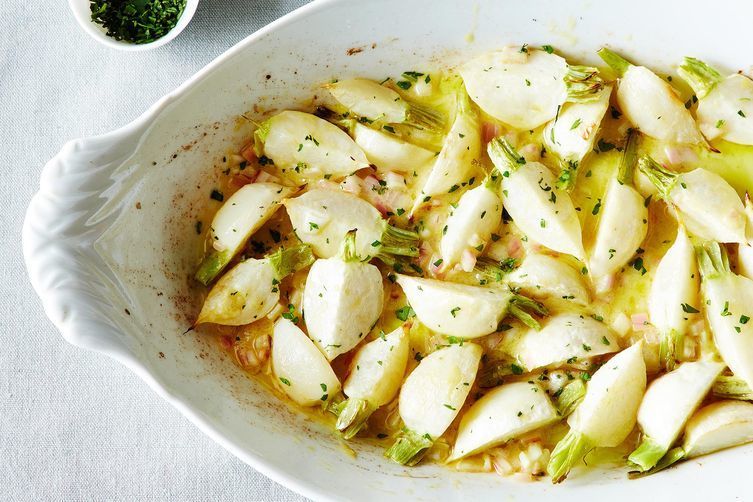 2. The Paleo lifestyle is not just about food. As Chef Evans explains, eating Paleo is as much a lifestyle decision as it is a choice to eat well. Because the process of adapting to the Paleo lifestyle raises your consciousness about what you put into your body, it may also draw attention to other aspects of your life, including your stress levels, how often you go outside, and how you choose to spend your free time. Since transitioning to a Paleo lifestyle, Chef Evans has made a concerted effort to swim in the ocean every morning to start each day refreshed -- which explains why he refers to the diet as a lifestyle. 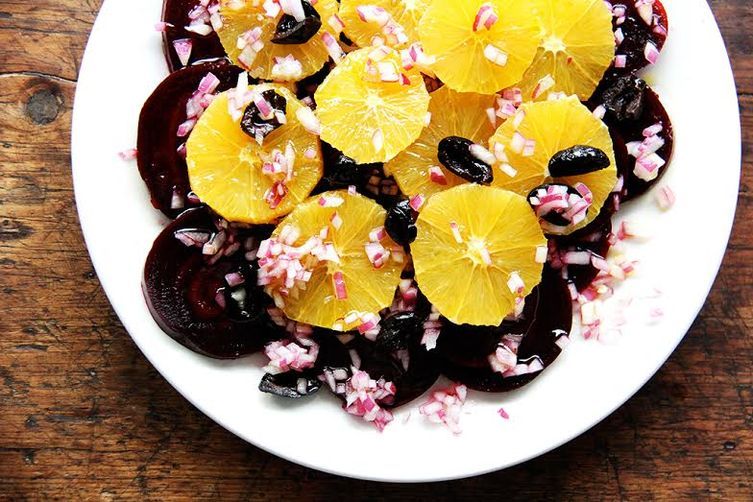 3. Eating Paleo is accessible to everyone. Chef Evans encourages people to purchase only organic and unprocessed foods that can sometimes be expensive, but he insists that eating Paleo is possible for people all over the world. He recommends buying in bulk and checking out local food collectives as a way to bring costs down, and looking to farmers markets for sourcing hard-to-find ingredients. 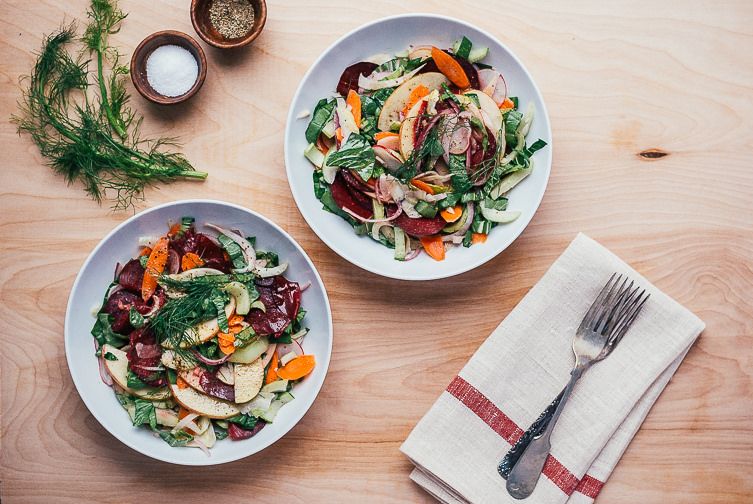 4. The transition to Paleo is a smooth one. While cutting out sugar, dairy, and wheat can be daunting, Chef Evans recommends that those looking to transition to Paleo do so in steps. He suggests eliminating refined sugars for roughly a month, then cutting wheat and dairy. He recalls that after cutting out dairy and sugar for three months, he experienced a noticeable increase in energy and soon found it easy to stay away from these foods. 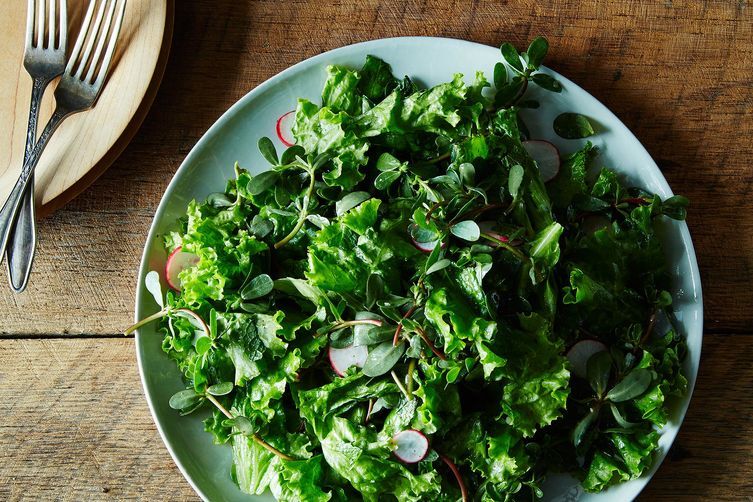 5. The Paleo lifestyle is intended for mental health as well as physical health. Chef Evans notes that the elimination of modern ingredients helps to improve all of the body's functions, from digestion to mental performance. He claims that inflammatory ingredients like sugar and gluten encourage the brain to run on glucose, rather than fats like ketones which can optimize mental functions.

This article is brought to you by Ten Speed Press. Head here to pick up a copy of The Paleo Chef.

The Guts to Give Up Gluten

Tabea December 21, 2015
The best thing to do is find a healthy diet you can stick to combined with a good exercise regime.
I’m on the paleo diet myself and I love it. I lost a lot of weight and I feel much better with much more energy!
The beauty about the paleo diet is that whilst there is a focus on good foods, there are so many resources to help you make these into delicious recipes. This is one of my favourite cookbooks: http://paleocookbookreviews.com/the-paleo-grubs-book

Blissful B. August 8, 2015
I always find it fascinating when people who aren't paleo get so upset by people who are. Don't we each have the right to eat whichever way we choose? I agree with Nonny. I would love to see a paleo column on Food52.com. The is the ultimate Foodie website, and paleo peeps are foodies to the core. Why not represent them here? As to the argument that it's a fad, for some it certainly is, and for others it really is about health. Jamie, to answer your question about how paleo can improve health, I'm using this diet to improve my rheumatoid arthritis symptoms. It eliminated my flares and allowed me to avoid steroids and immunosuppressant medications, so it's not a fad to me. I'm not a paleo evangelist - I don't care if other people eat this way. I'm just grateful I found the diet when I did, and I think Pete Evan's description above is great.

Susan W. August 9, 2015
It's absurd isn't it? It's like old school thinking is threatened by new ideas. I find it fascinating and annoying at the same time. I probably eat Paleo 90% of the time. I have for 6 years or so. To me, that means well raised meat, tons of vegetables, some fruit, healthy fats and occasionally whatever I feel like. I've never felt better in my life. Why argue with that? I rarely talk about it unless someone brings it up. Even then, I keep it superficial unless someone is looking for answers.

Nonny February 3, 2015
Your site is very grain/carb centric. As someone who eats mostly primal (I avoid grains but do eat some dairy) I'd like to see a paleo column. You have a dedicated column for vegans/vegetarians. Some balance would be nice.

stephanieRD January 24, 2015
Since when did Food52 start focusing on diet trends?

In addition to that, as a registered dietitian I've done my research and know all to well about the diet trends out there. The Paleo diet is yet another trend, call it what you want, but it's not something that a true nutrition expert would recommend. Why? Because of the limitation and restriction of key food groups that provide essential nutrients. Ok, 'enough said. I'll get off my soap box now.

I really hope the website doesn't start promoting Paleo and other diets- this is not why I love this site so dearly and I don't believe that's what it is about. I think the majority of us use this site because we love all kinds of foods, are adventurous in the kitchen, and don't exclude anything (if we can help it).

courtney.odellchaib January 24, 2015
Catherine- agreed. That he mentions local food collectives and farmers markets as solving the accessibility problem made me laugh. And then cry.

citlalnahuac January 23, 2015
Sorry, go ahead and eat that way if you want to, but I can't get past the 'this is how our ancestors ate' nonsense. It isn't, and it can't be.

I was an archaeologist. Every study I know about says hunter-gather bands (unless they live in an extreme environment like the Arctic) tend/tended to eat about 80% plant food, often with one staple base item like wild grain, acorn mush or something similar. One particular study, of Neanderthals in Spain, analyzed the plaque on their teeth - the _actual_ remains of their food - and came up with the same 80%, in this case largely grain. Sorry about that...

Yes, our ancestors ate meat, and the mighty hunters were celebrated and 'sexy' (probably literally…), but the bulk of their food was brought in quietly by the women and children. And _nothing_ you can buy today (no matter how 'grass-fed', 'organic' or 'sustainable') is like what the Australopithecines and Hominins were eating in Africa 50,000+ years ago, anyway; for example, the closest-we-know-of-to-their-wild-ancestor strawberries are seriously bitter, and wild monkeys and apes won't eat them.

If the diet works for you, fine, but I wish you'd quit trying to justify it with pseudoscience, making unsupportable claims of 'authenticity', and telling everybody it's the only healthy option.

Andreas D. January 23, 2015
Bravo, bravo, bravo. An excellent post, debunking the pseudo-science behind what's nothing more than yet another fad diet.

I've asked myself many times why on earth anybody would wish to emulate the diet of a people with an average life expectancy of 30 years. The reason our ancestors didn't die of cancer wasn't that they were immune to it because of their diet, it was because other causes got them first - like, for example, malnutrition.

stephanieRD January 24, 2015
Andreas and citlalnahuac- making very valid points! Agree with you both.

Katy B. January 24, 2015
Or at the very least give citlalnahuac a high-five

Susan W. January 23, 2015
I love how he describes paleo. It really is simply a template and can have many variations. I'd say I am about 85% strict. When I feel myself going off the rails, I do a Whole 30 for 30-60 days. I've been following the lifestyle for close to 5 years and have never felt better. Love Nora. She is local here in Portland.

Jamie March 16, 2015
In what ways has this made you feel healthier? just wondering if the Paleo diet is effective?

Catherine January 23, 2015
"Eating Paleo is accessible to everyone." This is simply not true, and shows either ignorance or lack of regard for low-income people. http://www.jrf.org.uk/sites/files/jrf/sp66.pdf

Nick December 26, 2015
Catherine, I'm on disability with a 20k a year income and I am primal (and I still pay my rent and bills and have some leftover)