We think every merchant we work with in our shop is special -- but when we find one with a great story, we'll be featuring them here. Because we want to tell the world about our favorite makers.

Today: Meet the prettiest pastry tool in our kitchens to date -- and the man who made it. 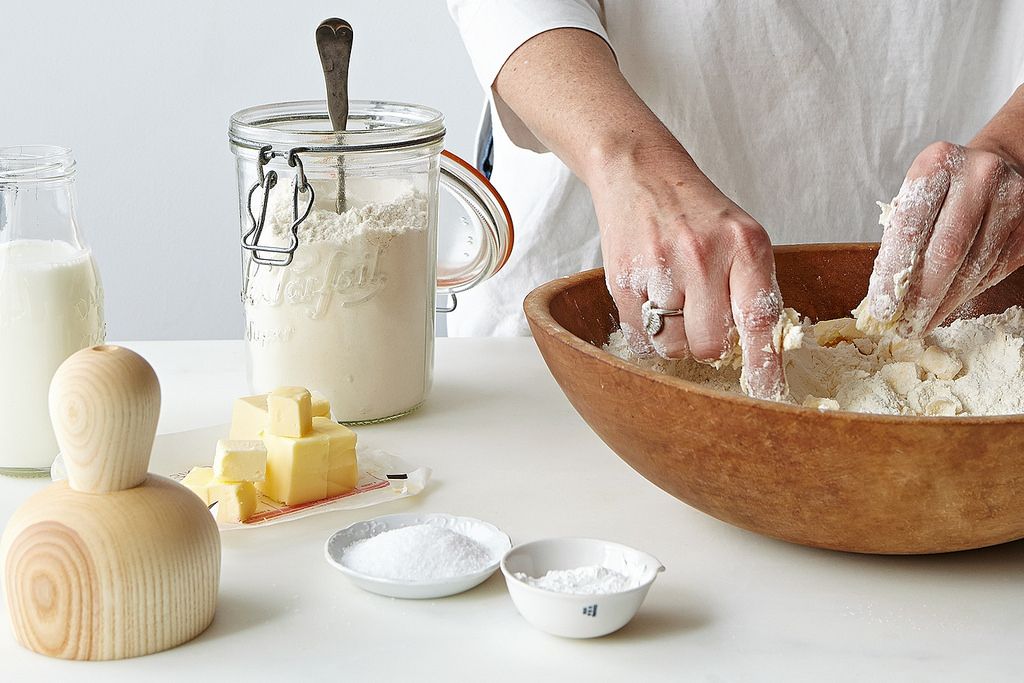 Al Mather had always dabbled in woodworking, but it wasn’t until he was well into adulthood that he turned to it more seriously. Being a full-time pastor of a local church occupied most of his time, and besides, he’ll tell you, “When I first started, I wasn’t very good.”

He’ll continue this modesty by calling himself a “slow learner,” his deft body of work of course suggesting otherwise. And just 5 minutes into a conversation with him, you’ll start to understand his beat: He’s not in this for any other reason than that he likes to be. How did he start selling his work? After he “caught the bug,” so many pieces collected that trying to sell them off became a necessity. 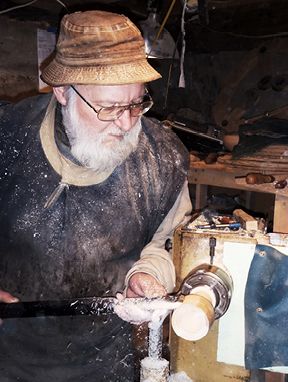 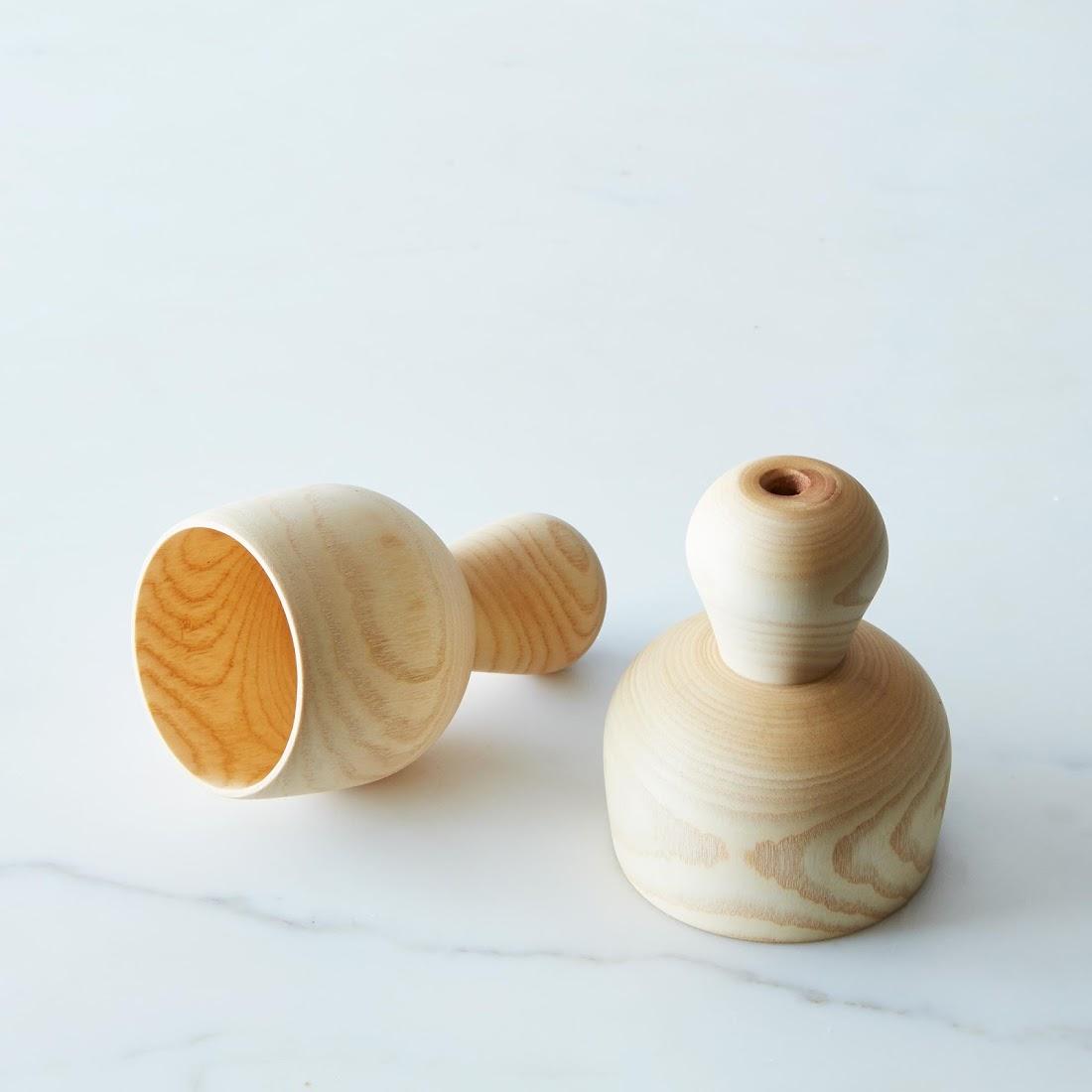 Mather working on biscuit cutters in his workshop, left; the final product, right.

That his early sales were motivated mostly by a need for more shelf space makes sense. Now, years into being a craftsman, he’ll tell you he enjoys the challenge of meeting a demand, but he had a more earnest start, and a humbler purpose: “By making something that is useful and beautiful, I get to serve people I don’t even know.” As he’ll tell you, the wood just tells him what to do.

The trajectory of Mather's craft may dovetail neatly with the narrative we’ve woven for every other craftsman producing a handmade ware, but he’s been turning his biscuit cutters from white ash (he likes its grain best) long before any writer would ever think to put the former phrase into italics. He does his work on his late grandfather’s lathe due to circumstance, not a well-curated flea market. (That lathe found its way back to him through an uncle.) 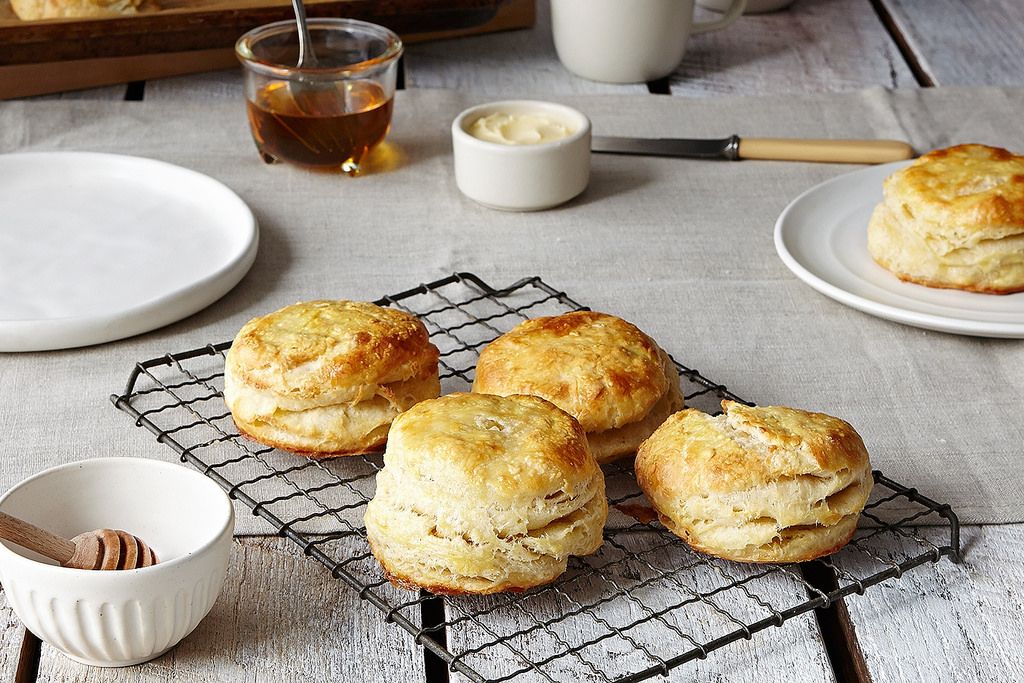 From his workshop in China, Maine, he starts by sourcing wood. In the early days, this meant seeing if he had any white ash lying in his woodpile out back. Now, it’s a supply chain seemingly no less fickle: If he needs another log and doesn’t have one in his back yard, he calls up a friend. “Any friend?” I asked.

Each 5 1/2 inch-piece of white ash, barring knots or cracks, will become 4 biscuit cutters. He’ll work the lathe in the direction of each piece of wood’s grain to preserve it (to Mather, the grain is where the character is), and then each finished cutter will dry in a kiln for a week. The kiln sits atop a few postal scales to weigh the cutters as they dry; once they stop shedding their water weight, they’re ready to ship. 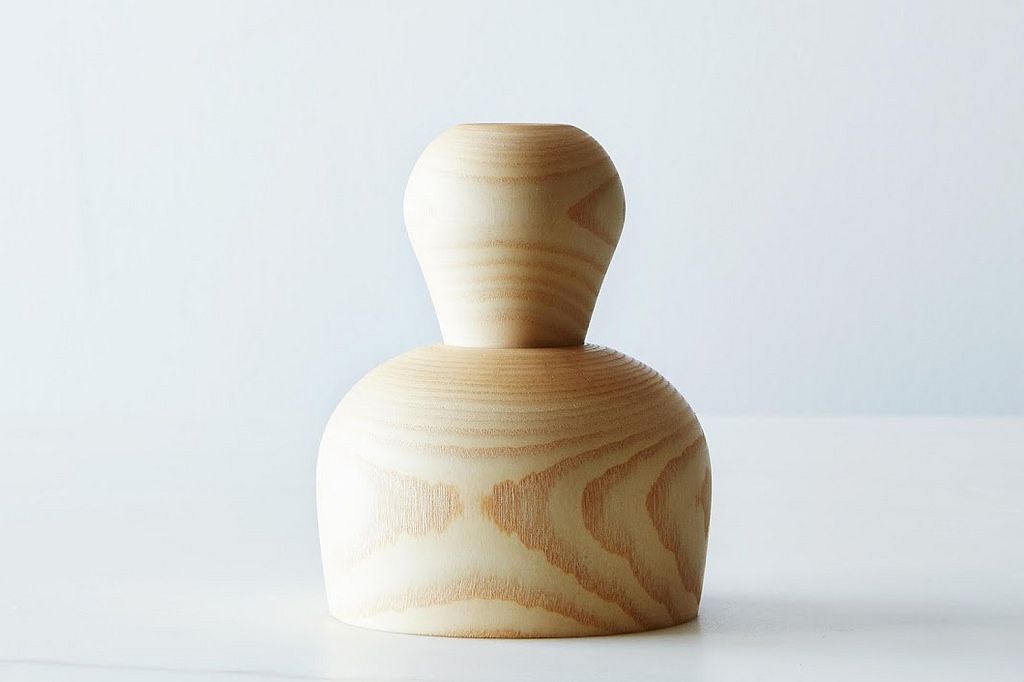 In between filling orders, he takes care of his dad -- a fact which he confirms readily on the phone but has also posted on his website with a matter-of-factness that will make you wonder if this is how the internet was always intended to be used. Mather’s an open book: There’s a candor here that extends far beyond the transaction of making a product and then selling it.

This level of sharing won’t make sense when you first go to his website, but it soon will: You can see his faith in his work, watch his history as a pastor carve its way into what he does every day -- and you can see his work in his faith. And if you can’t, head to the “About Me” section on his website -- he’ll tell you there. Woodworking, for him, is the opportunity to be a creator, though he'll want you to know: that's "with a lowercase c."

When I ask him why his product website is full of references to God and the bible and his philosophy about the Creator with a capital C, he tells me: “If a person has a conviction, it ought to be big enough to affect their whole life.” And it’s this I think of when I’m making biscuits at 2 AM, sure that I’ve botched cutting the butter into my flour. I will make better biscuits. I’d been putting off using his cutter, not because I wasn’t convinced of its charm -- or of his -- but because I’m an irreverent baker, a fact that sometimes makes my biscuits reluctant to rise. I think of it again. I have conviction. 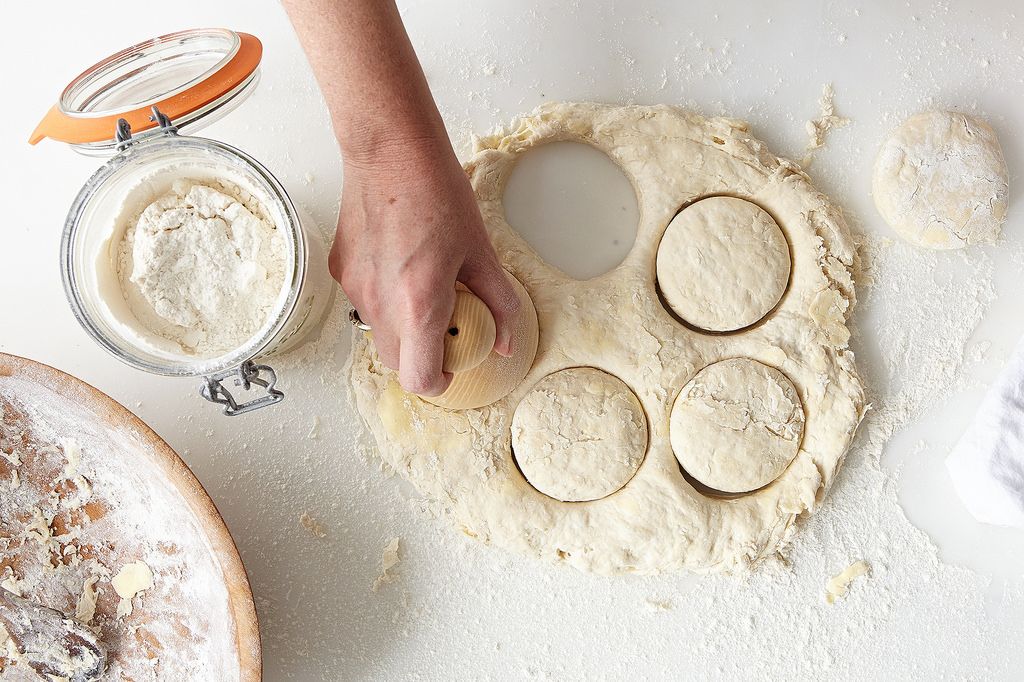 I felt a little prim using a tool designed for just a single task, until I started cutting. I remembered what Mather told me about the 5 years of evolution this object underwent, how the handle used to be a study in angles and sharp edges instead of the smooth, curved little number it is now. Like most objects with staying power, this biscuit cutter is a product of trial and error, of wisening up. I remembered how he likes it best the way he makes it now. I did too.

I stopped feeling prim. Instead I felt resourceful, machine-like, wielding the pastry equivalent of a Swiss army knife. “As a kid growing up,” Mather said, “my mother used an aluminum donut cutter with a red handle to make biscuits. I remember asking myself: How can I copy that in wood?” We'll say he did well -- and then some.

Head here to see Al's biscuit cutters, and see the article that Kenzi baked biscuits by at 2 AM here.

Product photos by James Ransom; all other photos by Bobbi Lin

EmFraiche January 28, 2015
Aaah I've been longing for one of these biscuit cutters for so long...

Rebecca @. January 23, 2015
There's a palpable artisanal way of life in Maine that really shines through in people like this. I grew up in Maine and recently moved to Los Angeles so going back is always really eye opening because I get used to the (sometimes) more cold, commercial feeling that arts and crafts have here.

People in Maine do what they do because that's the way it should be done, with a strong emphasis on appreciation of the craft, technique, and product. Whenever I hear about restaurants out here that use the same approach, such as Bestia, I'm excited to try it out. That is, until I see the price tag. It's not like that as much in Maine.

I appreciate what you have going on here, Mather. Keep up the good work.

Pegeen January 23, 2015
Kenzi, this is a beautiful essay. Thanks for introducing us to Mr. Mather in such a wonderful way.
Author Comment