Today: Bottoms up to snowcitygirl, who shook and stirred her way through Death & Co. 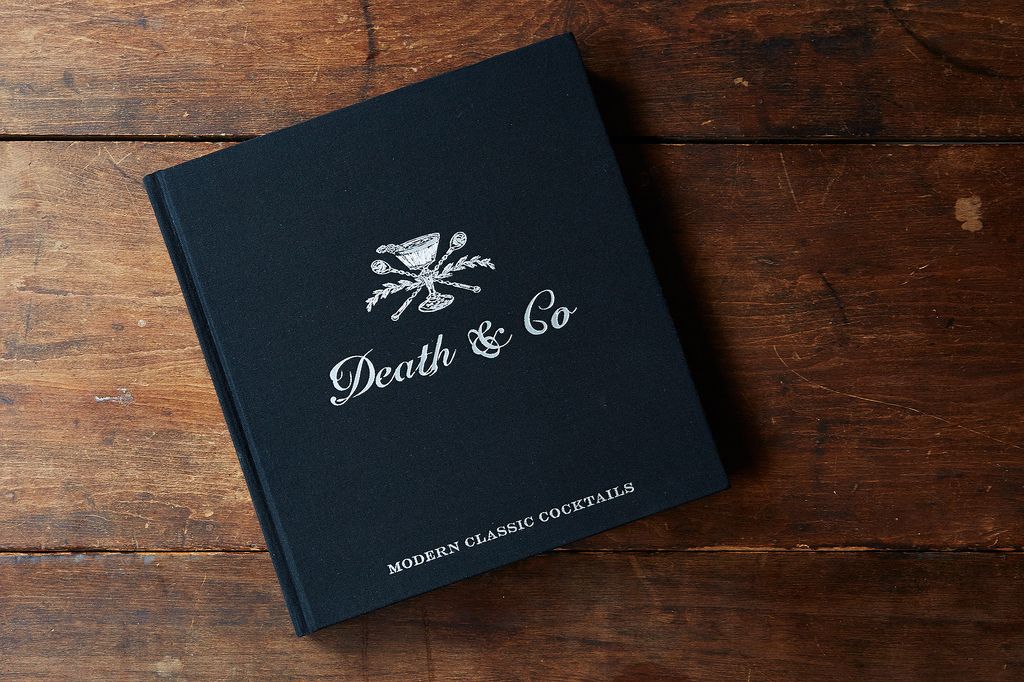 Picking up Death & Co is much like stepping to a bar itself: Its dark, velvety cover is akin to the dim lighting and sense of mystery inside; the shiny logo hits your eye like a glint of light off the row of bottles behind the bar; and when you crack the spine, the staff welcomes you to join them for a day and lets you in on all the work that goes into operating the popular New York City watering hole. More encyclopedia than cookbook (don’t worry, there are plenty of recipes within its pages, as well), Death & Co is on a mission to educate and enthrall its thirsty readers. 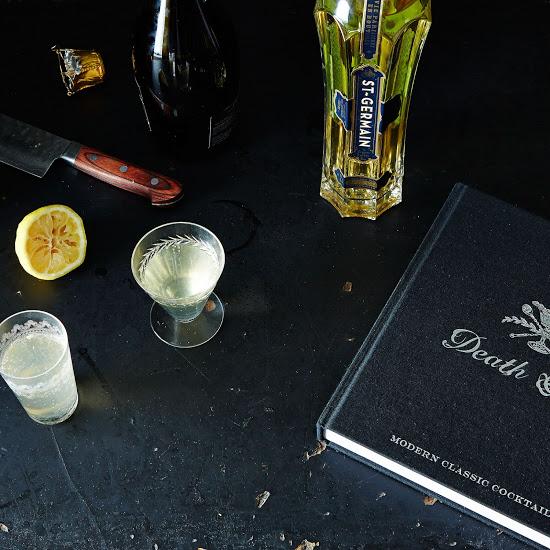 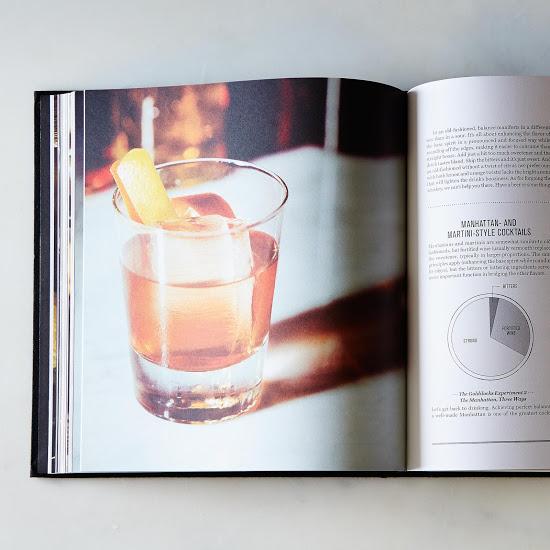 To start, the book discusses each base, unusual spirit, liqueur, vermouth, aperitif wine, and bitter in depth. The bar then highlights the select few they use most often and explains why these brands have a place on the shelves. If you're looking to replicate the cocktails listed later in the book, add these spirits to your shopping list. A warning to vodka lovers: You will find drinks you will enjoy in this book, but they won’t contain vodka. The bar, opened during the height of the American vodka craze, strives to bring other spirits into the spotlight, specifically “those with more flavor and depth."

More: Here are the 7 tools you need for your home bar, according to Death & Co.

But a drink is more than just the liquor, so Death & Co also lays out their directory of sweeteners, juices, garnishes, ice, tools, glassware, and special techniques. Next, you're presented with the mad science behind how the bar creates their extraordinary concoctions. This is where the fun begins.

Each chapter starts with a spotlight on a “regular.” This includes a story about that customer's drink of choice along with a recipe. But 8 to 10 cocktail recipes hardly make a cookbook. Enter “The Specs”: the chapter devoted to more drinks than you could shake a margarita at. Recipes for classics, spirits (shaken and stirred), and big batch punches are included, as well as riffs on popular favorites. These are followed by recipes for the bar’s specialty sweeteners, bitters, and syrups. 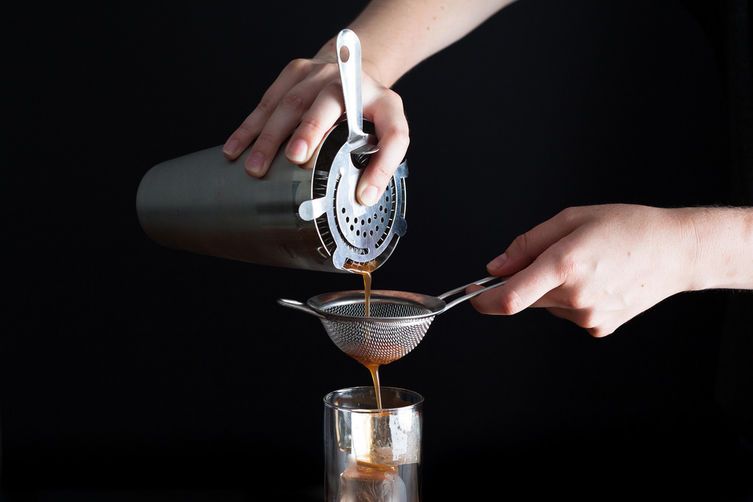 A whiskey lover, I was entranced by the Old Pal and fell madly in love with the Fancy Free, a deadly combination of rye and maraschino liqueur; the Negroni, a gin- and Campari-based favorite, also left me pleasantly surprised. New Year’s Eve was the perfect time to test a punch or two, which disappeared before the stroke of midnight. Guests left raving about the rum-based Kill-Devil Punch and the whiskey and blueberry syrup-filled Bloodhound Punch. The simple Tom Collins, a gin, lemon juice, and club soda cocktail complete with citrus flag garnish, was a refreshing pick-me-up in the course of a long night.

There were, however, a few small problems I ran into while drinking my way through Death & Co: Most of the spirits were unavailable where I live, and shipping rates were astronomical. We have one single liquor distributor in my state, and they don’t carry half of what the book required, including staples like Dolin vermouth, Punt e Mes, and even Plymouth gin. I looked into ordering them online, but that proved to break the bank. As that was the case, I tested recipes I could find the most ingredients for and wouldn’t wring out my wallet. And, while it might make me sound like a bit of a lightweight, I found most of the cocktails to be a bit too large for one person’s glass. After the first round of larger-than-life sized cocktails, I concluded that the recipes were better built for a double batch (or perhaps just a very trying day).

I promised myself I wouldn’t test a recipe while writing this review, but simply cracking open the book makes me want to try handful of the drinks inside. Nightcap, anyone? The Pete’s Word, a scotch take on the Last Word, is my poison of choice -- but what can I make for you?

First photo by Mark Weinberg; all others by James Ransom

hardlikearmour March 5, 2015
Great review! My brother owns this book, and has mixed quite a few tasty cocktails from it.

snowcitygirl March 4, 2015
Would you like your usual or shall we mix it up a bit?

Alexandra H. March 4, 2015
High Praise for SCG's Review:
I don't even like hard alcohol, no matter how elegant or refined (even though I really, really want to like it), and this review made me want to devour this book and swallow some fire water (or at least try to)! I might be staying with wine for the time being, but enjoyed this review-- great closing!

snowcitygirl March 4, 2015
My goodness, ChefCitron, you're going to make me cry - I'm so touched! Thank you so much!

Greenstuff March 4, 2015
How can you write such a great piece without Dolin vermouth, Punt e Mes, or even Plymouth gin? Excellent review!

snowcitygirl March 4, 2015
It kind of breaks your spirits when you ask the the folks at the liquor store and they look at you like you have three heads because they haven't heard of Dolin or Punt e Mes...