Today: A carrot-ginger smoothie for breakfast will help you battle that cold. 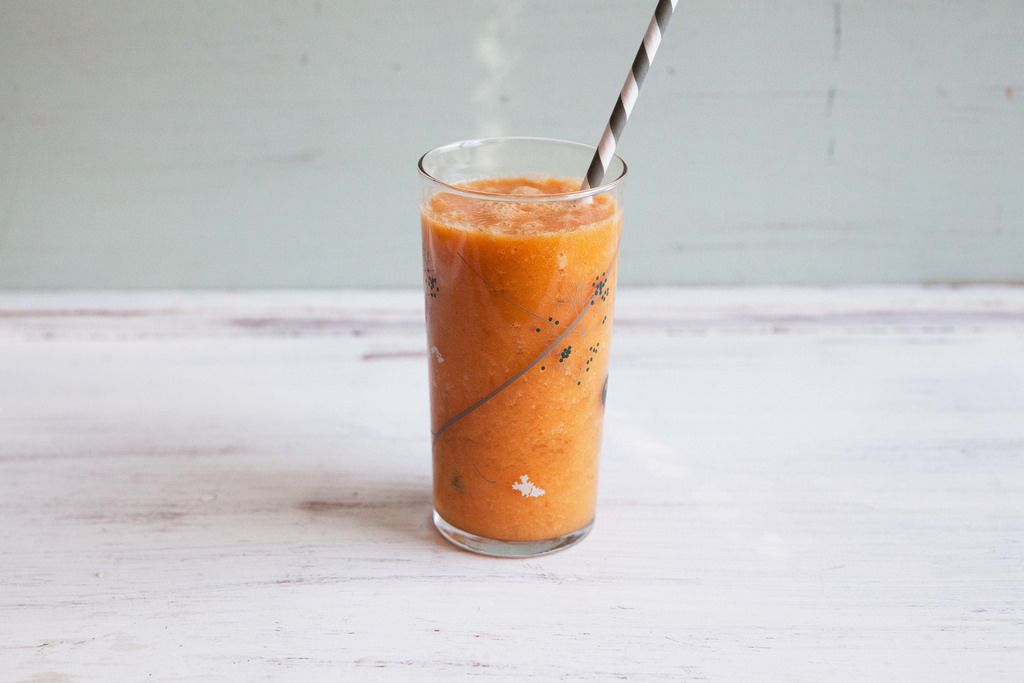 Espen, our (almost) one-and-a-half-year-old, started a toddler preschool program at the beginning of January -- and we’ve all been sick pretty much ever since. Kids are adorable, but they’re also little germ factories (one of my friends actually calls her daughter Patient 0). Colds, bugs, ear infections, and such have been on an endless parade through our household. First, Espen catches something, then I catch it from him, then my husband catches it from me. We’re good sharers, we are. 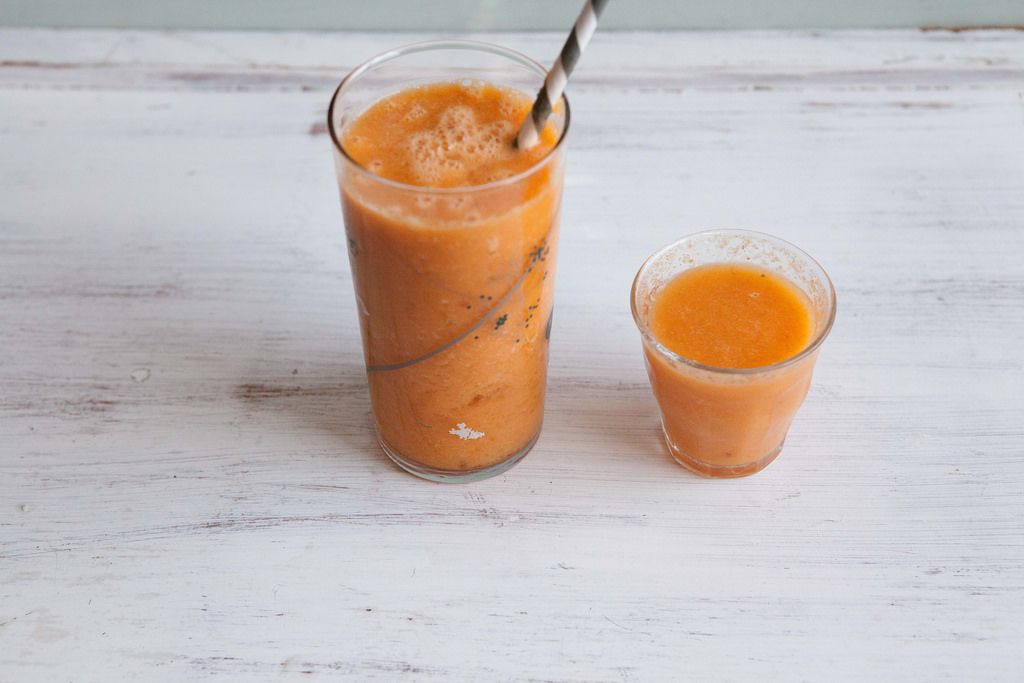 Pretty much the only time I want to drink my vegetables is when I have a cold. Something about sniffles and sore throats has started to make me crave cool beverages packed with things like celery and cucumbers, spinach and beets, carrots and ginger. From behind my tissue box a few days ago, I spied a juice at our local co-op that had carrot and ginger and a whole bunch of other things that made it sound like it would be as soul-nourishing and cold-fighting as soup, but possibly with some of the sweet carrot character of a carrot cake. I didn't buy the $9 bottle -- because it was $9 -- but I still wanted to try it.

I wondered if a carrot smoothie would be good. As I don't have a juicer, I experimented with various methods and can now tell you that a smoothie using cooked carrots tastes very much like a soup -- which is not what I was going for. On the other hand, raw carrots that have been grated (so your blender doesn’t implode upon contact) taste fresh. They're especially nice once combined with the warmth of ginger and cardamom, the sweet of apple, and citrus from orange and lime. Now, here’s hoping it can cure me of the new cold I’ve come down with. 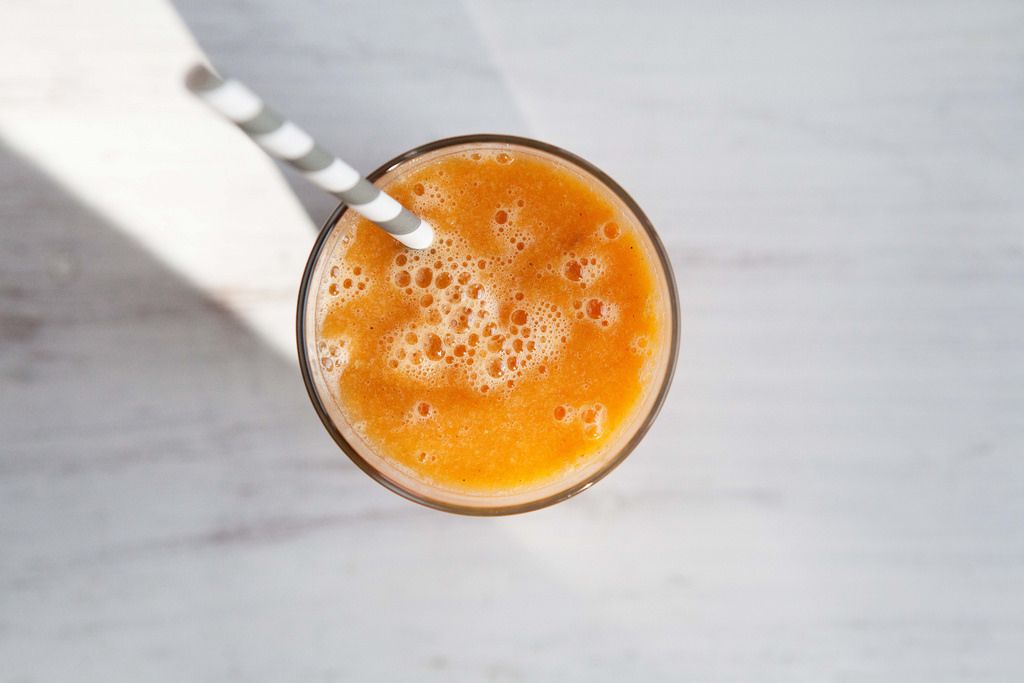 Jane R. December 1, 2016
This is my favorite without the kale. It's delicious. http://www.rebootwithjoe.com/a-new-orange-juice-for-breakfast/

Eva V. September 13, 2015
This is my favourite starter of a morning. If you add a couple of mint leaves, only 5 or so, it lifts this smoothy to a whole new level. I have a mild form of osteo-arthtitis and the ginger's anti-inflammatory properties help prevent new flare ups.

chris September 12, 2015
Patient 0 ... very funny! I've been making Switchel http://food52.com/recipes/37893-switchel and discovered that this tasty carrot-ginger smoothie makes good use of the ginger I've been straining from the Switchel. Win win!

zephyr050 February 20, 2015
Sounds absolutely fabulous. And is certainly packed with great nutrition. Nice for when i come back inside. Because it wouldn't fuel my body, which needs to keep shoveling snow outside in bitter cold, for more than 5 minutes...I still need oatmeal...preferably the baked oats recipe I got from Molly/Orangette.

savorthis February 19, 2015
It doesn't get much better in kindergarten! I feel like we've all been sick a ton. This smoothie idea sounds great. I do have a juicer and think the juice would be good but love the idea of slurping a thicker smoothie version- and the lime and cardamom sound wonderful. I recently did the conscious cleanse and did drink their carrot soup right from a glass....not quite as refreshing, but also not as weird as it first seemed.