Today: Easier than they seem, these breadsticks from Turin should be your next party starter. 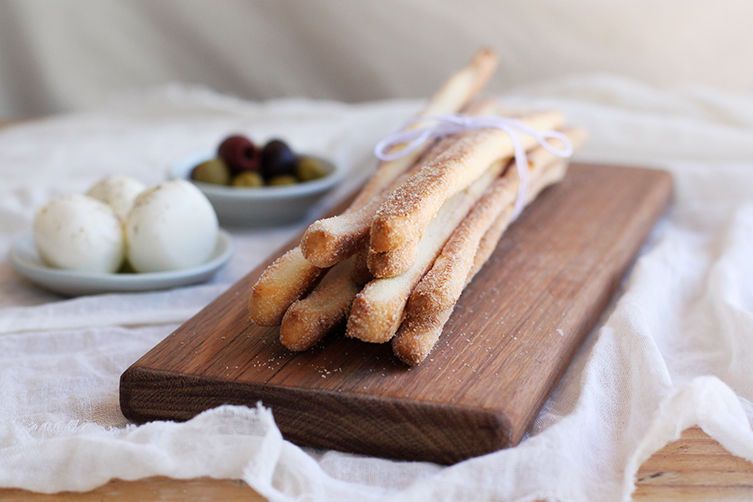 Crunchy, long breadsticks known as grissini are a specialty of Turin, the capital of the Piedmont region in northern Italy, and typically served with paper-thin slices of prosciutto or other salumi, cheese, olives, and other nibbles. But before you say "I've had breadsticks before," I must tell you: The homemade version is far and away a different, better product than the pre-packed commercial ones you might know.

First, there are two main types of traditional grissini. The one you see here is known as grissini stirati ("pulled" grissini) and named for the way they are shaped -- that is, by pulling from either end of a finger-shaped piece of dough to create a long, thin breadstick. The other much older and more traditional type called grissini rubatà (which means "rolled" in Piedmont dialect) are characterized by their rustic appearance, which is the result of hand rolling. I prefer pulling, rather than rolling, because the breadsticks maintain a wonderfully airy crunch, but some may find rolling easier to manage.

Regardless of the type, grissini have a storied history. Some say they were invented in 1679, when the baker of the court created one for the future king, Vittorio Amedeo II, who had difficulty digesting regular fresh bread. Apparently these long, crusty breadsticks hit the spot. Others say grissini have an older history, dating back to the fifteenth century: There's a fresco in the Duomo of Chieri (in the province of Torino) that shows a person chewing on what looks exactly like a grissino. There's also the story that Napoleon Bonaparte was enamored with les petits bâtons de Turin, as he called them, and had a special courier service set up to get fresh supplies of grissini from Turin to him in Paris. 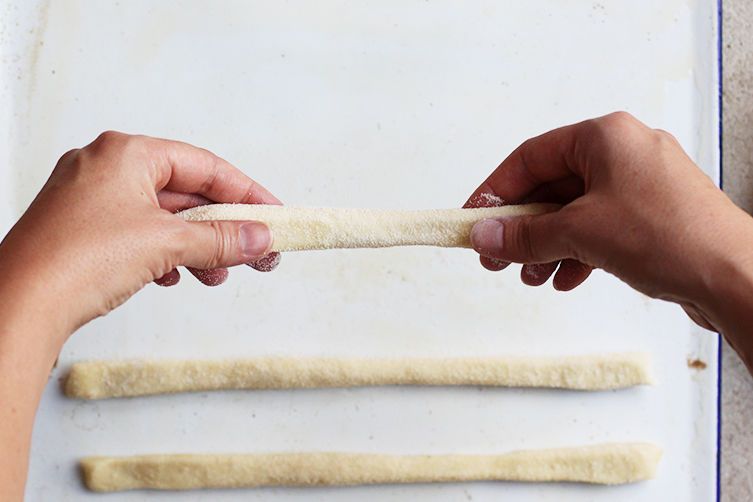 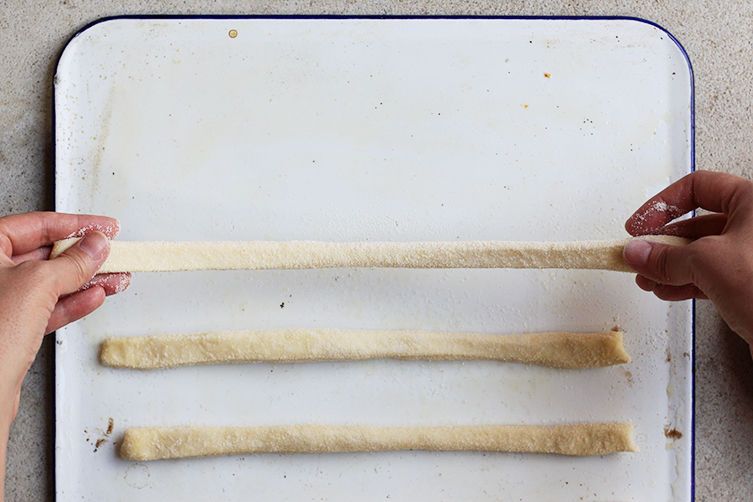 The recipe and proportions for traditional grissini are pretty classic and straightforward. Made with yeast, flour, water, and olive oil (or butter or lard), the grissini dough is left to rise in an elongated loaf shape, then finger-shaped pieces are cut off and either pulled or rolled into sticks. You could use all-purpose flour for this instead of bread flour, but the extra protein content in bread flour adds great elasticity to the breadsticks, which reduces the risk of the dough breaking when pulled. Once you master the original combination, why not try coating the sticks in poppy seeds, sesame seeds, mixed seeds, or even dried herbs instead of semolina? Or you can leave the semolina out if you prefer smooth, plain grissini.

Any which way, these are great to nibble on their own while you wait for your main meal, to eat rolled in some prosciutto for a quick aperitivo, or even to dip into a caffè latte for breakfast -- how they used to be enjoyed. The following recipe is adapted slightly (mostly in the method) from Carol Field's recipe for Grissini Torinesi from The Italian Baker. 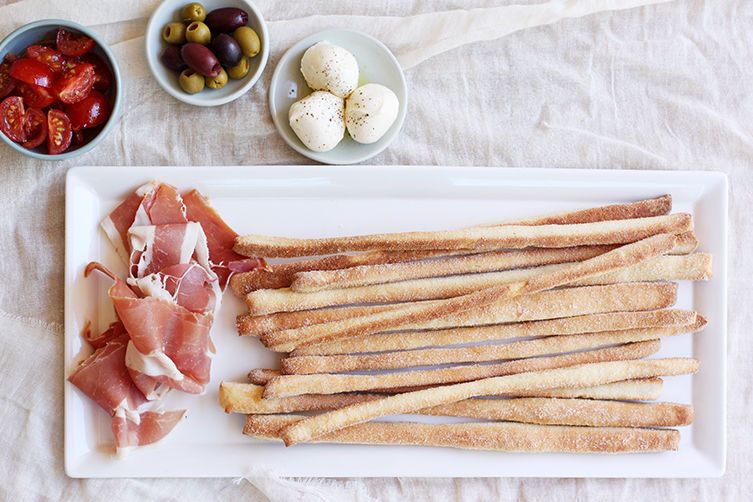 Jo B. March 10, 2015
This really is a fantastic recipe from Carol Field, thanks, Emiko! I've made these many times, sometimes for Hallowe'en, when I make the ends gnarly and bonelike, and sometimes for music events, with the top twisted into a treble clef. Sometimes I leave them plain! Sometimes add chopped rosemary, which for Hallowe'en turns grissini into "moldy old bones"!