Smaller Bites: Why We're All for Trading in Entrées for Tapas

Today: This week, Pete Wells wrote about the mess that's come from eliminating entrées from restaurant menus. Here's why we're pro-small plate, chaos or not—and what this means for eating better at home. 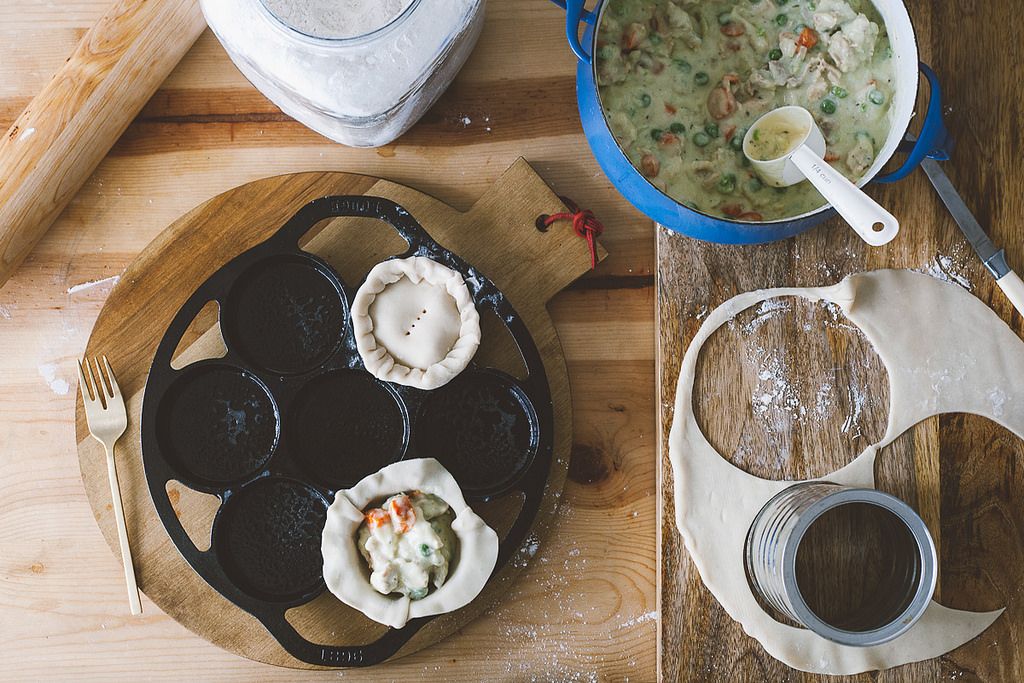 In 2013, Wylie Dufresne, one of New York's most influential chefs, referred to the domination of large, single-portion plates on menus as the "tyranny of the entrée." At his own restaurant, wd~50, which closed this past November, Wylie eliminated main courses and instead served a tasting menu of plates far more inventive than the starch, protein, and vegetable mains that we’re used to. (Think melon infused with its own juice, plated with chicken liver, injera, and Szechuan pepper.)

Other restaurants followed suit, under the guiding principle that shrunken servings give diners the opportunity to try more dishes. At many restaurants like Pearl & Ash in Nolita and Cosme in Flatiron, diners are encouraged to order up to three plates per person and then share, so that one person may end up tasting as many as twelve dishes at a meal. This, to me, is an obvious winning point in a city where there are more "it" dishes to try than anyone could possibly have time for. It's also a win for my wallet—while an entrée at NoMad, a restaurant that offers both small plates and larger servings, may cost as much as $32, their "Snacks" are around $12 per dish. In other words, the snacks translate to three for the price of one entrée. 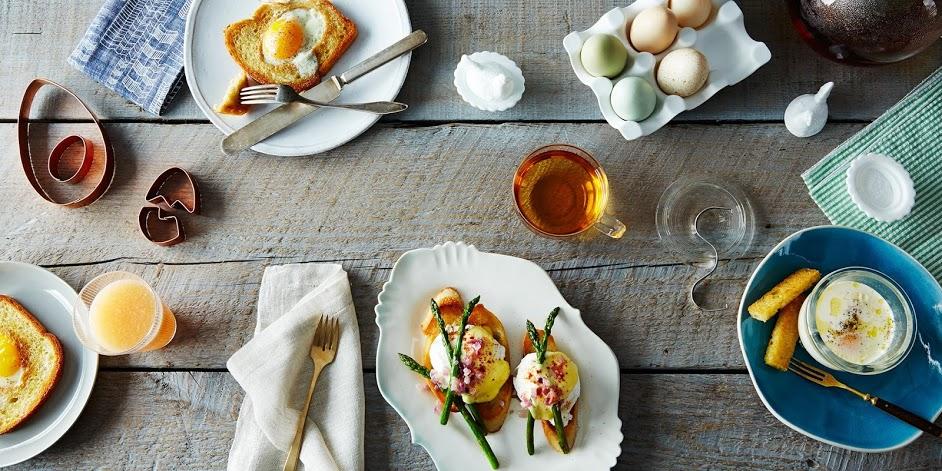 This week, in response to Colicchio & Sons' recent decision to serve only small plates—a move that marks yet another prominent restaurant's adoption of the small plates trend—Pete Wells points out the flaws in "tapas-izing" food in an OpEd piece for The New York Times. He argues that "The last decade has been an era of messy tables, of gonzo pacing, of menus that came with a spoken introduction, of senseless plating, of endless instructions to share dishes that collapsed into rubble when you tried."

The points Pete (I like to think we're on a first-name basis) makes about the "death-of-entrée pandemonium" are true: Small plate dining offers an inherently different—and more chaotic—experience from the traditional appetizer-followed-by-entrée meal. At one of his favorite restaurants, Upland, the dishes come at a dizzying pace, quickly filling the entire table. When I ate there, there were several moments where I took my last bite as the plate was being lifted to make more room for an incoming dish on the cozy two-top. But many of Pete's arguments are only applicable to restaurants, where servers double as "air-traffic controllers." What about at home? How has this shift in eating out affected the way we enjoy food when we cook and eat in our own kitchens? 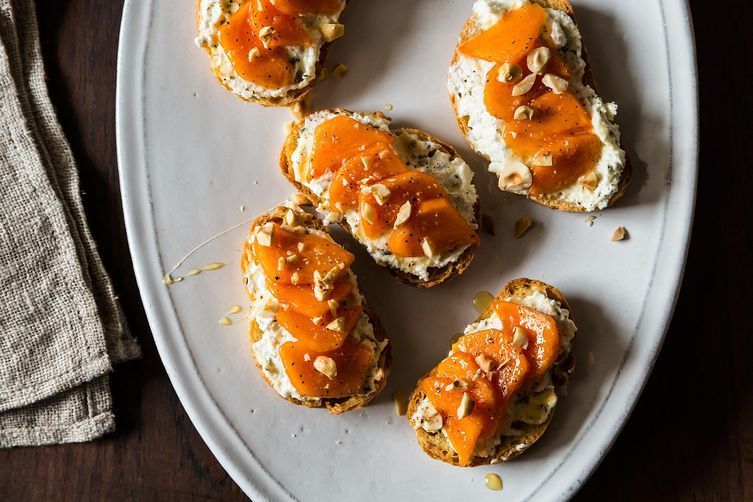 Just like many other dining revolutions (think: the rise of hors d'oeuvres in the 1940s and the Great Kale Boom of 2008), small plates have already trickled down into our own kitchens. Recall the last dinner party you attended: More often than not, the appetizers and entrées are probably replaced by an amalgam of family-style dishes on the table, which—regardless of a course, or size—make up the whole meal. In my own home, I am much more likely to enjoy a mezze platter of sorts than I am to have one main course.

This may be because small plates actually make more sense at home: There’s no need for an air traffic controller and there’s the space and freedom to eat how we want and what we want, without the chaos of a dinner out. In our own dining rooms, plates don't usually run the risk of hanging off the edge of the table, the pacing is easier to control, the plating standards are lower, you’re free to fight your companion for the bite you want, and no one's there to keep you from lingering over the last crumbs. Yes, there will be more dishes to do, but those can wait till the morning.

And by cooking small plates at home, your dinner possibilities will increase ten-fold, with just a few alterations. Rather than baking dishes in standard 8- x 12-inch pans, halve the recipe, then use a muffin tin, mini cake pan, or cookie cutter to bake single servings, like with these Mini Chicken Pot Pies and hand pies. Or seek out smaller portions of meat and fish: Consider cooking a trim hanger steak instead of a hulking Porterhouse, lamb chops instead of shoulder, and a fillet rather than an entire side of salmon.

That being said, we realize that cooking several plates isn’t always a viable dinner option, but when you have the opportunity, give it a try and have fun with it. Fill your dinner table with small bites of vegetables, pies, meat, and sides to add more variety to your spread—even if you don’t live down the street from the latest trendy restaurant. We have a feeling you’ll be hooked after you see the miniature Roman-style feast on your dining table.

What are your thoughts on small plates? Tell us in the comments below!

Top photo by Molly Yeh; all others by James Ransom

Michelle D. July 22, 2015
We have been trying the smaller plate, smaller portion thing for a while now, and it's been really fun getting creative with the types of foods we eat. I'm always on the lookout for a unique way to top a piece of toast, or a clever reuse of leftover ingredients. I'm learning to focus, work with constraints, and still have a little fun in the kitchen.

Priti July 22, 2015
I have been doing this at home for quite a while now. Invite friends over and have 8-9 wholesome tapas or hors doeuvres and then serve a one pot meal of chicken biriyani and then have 2-3 desserts. My guests just love the idea!

I'm serving two kinds of chicken salad with no-knead bread -- for those who want sandwiches -- plus all sorts of condiments for a get-together this evening.

Jane P. July 22, 2015
Love it! One restaurant in NM serves everyone's tapas on a platter, and we each get one small plate. Since we plan to share anyway, it works.

Laurene July 22, 2015
We love, love, love Tapas. WE love trying new cultural foods and this type of dining is fun and creative for almost any appetite. Wells talks about a plate arriving just as he is finishing his last but from the previous dish. Solution don't order all your choices at once. We order one then think about it and will order a next when the first arrives or wait a few minutes after finishing a plate to order the next.

phyllis April 6, 2015
I love small plates and try to go to restaurants that serve them. At home, I don't cook like that, but I often gather several days of leftovers and serve them at one meal as small plates.

Jon B. April 5, 2015
I am a fan of small plates. I can think of so many times I have wanted to try more than one specialty or entree and have been unable to do so. It is tyranny! I wholeheartedly support this trend!
Author Comment

Anne April 4, 2015
I LOVE tapas, small plates, and always have. We used to be forced to order form the appetizer section and now there's so much more to choose from. I always want to try new things and see vegetables prepared in creative ways. My favorite way to have small plates is on date night, one plate at a time. So romantic to share that way. I'm less successful creating cohesive small plates at home, but I'm working on it.
Author Comment

Leslie S. April 6, 2015
I completely agree! Much more fun for dates to share rather than each have your own plate! Would love to hear what some of your favorite vegetable small plates are.

Pegeen April 4, 2015
We used to do this during my childhood. Every so often you put ALL the leftovers out on the counter, with some condiments, bread and salad. People then take what they want. :-)

I don't mind the concept of eating many small plates vs the standard two, three or four-course dinner. It's the forced sharing of the same plate that's ridiculous. I don't want to pay top dollar for a small piece of food that's been cut in four pieces and is mush by the time I get it. And hey - got a cold? Get your fork out of my food! :-)
Author Comment

Leslie S. April 6, 2015
Completely agree! Some of them can fall apart completely when shared- but it's great when it works!