Today: Lettie Teague, wine columnist at The Wall Street Journal, outlined her five rules for gifting wine in her book Wine in Words. They're so good, we couldn't help but share them.

It's a bustling Saturday night, and there you are: in the middle of the wine store, eyes quickly roaming row after row of bottles while clad in party-wear and running behind. (There was traffic! The subway was late! We know.) The clerk hovers over your shoulder expectantly—likely silently judging you—as you desperately grab for the neck of a non-descript bottle of red and rush out because, really, what busy host cares anyways? 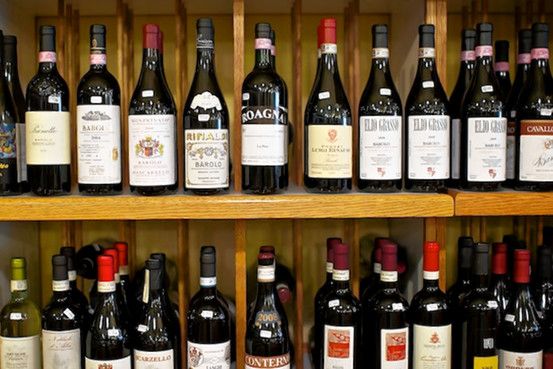 Well, the type of wine you bring to the table is more noticeable than you think. Lettie Teague, wine columnist at The Wall Street Journal and author of Wine in Words, says that while some wines will always be more gratefully received than others, there are some tips to follow that will make the inevitable in-store scramble less intimidating. Here are Teague's five rules for wine gift giving: 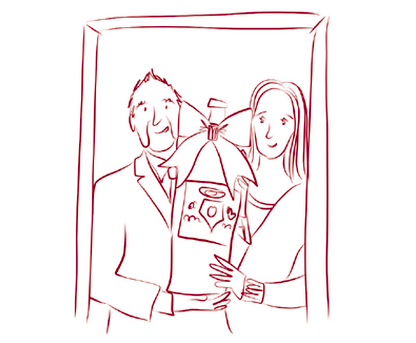 1. Bring a magnum, and stock up on party cred.

Present a magnum of wine at the door and you are instantly the life of the party (tug it around the crowds and pour into empty glasses for added effect). Equal to two bottles, Teague says it looks "a lot like four or five bottles instead of two." A magnum is often either a great value buy or a splurge—and either way you're bound to look like you know what you are talking (drinking?) about. 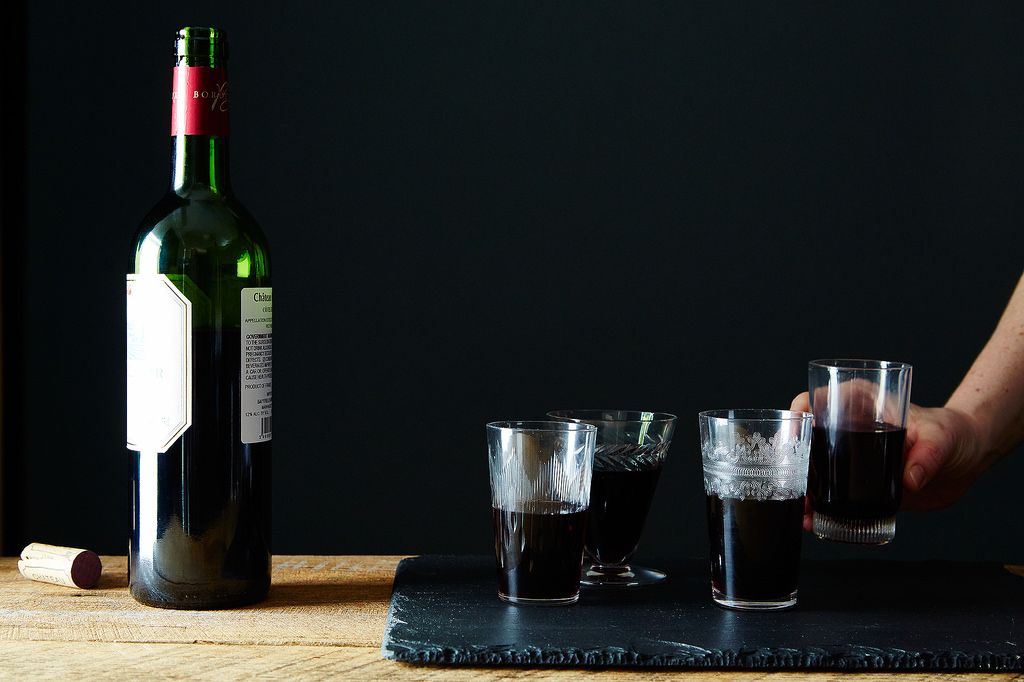 Teague doesn't believe that "red wine is inherently superior to white"—she drinks plenty of both. "For some reason, most people seem to believe red is the more sophisticated choice," Teague writes in her book. While this may not be true, red is always a safe option—unless you have intel on the giftee's preference for Sauvignon Blanc, or Chardonnay. Then, you may want to stray to the lighter side.

More: Find yourself gravitating toward the pink stuff? Read our love letter to rosé. 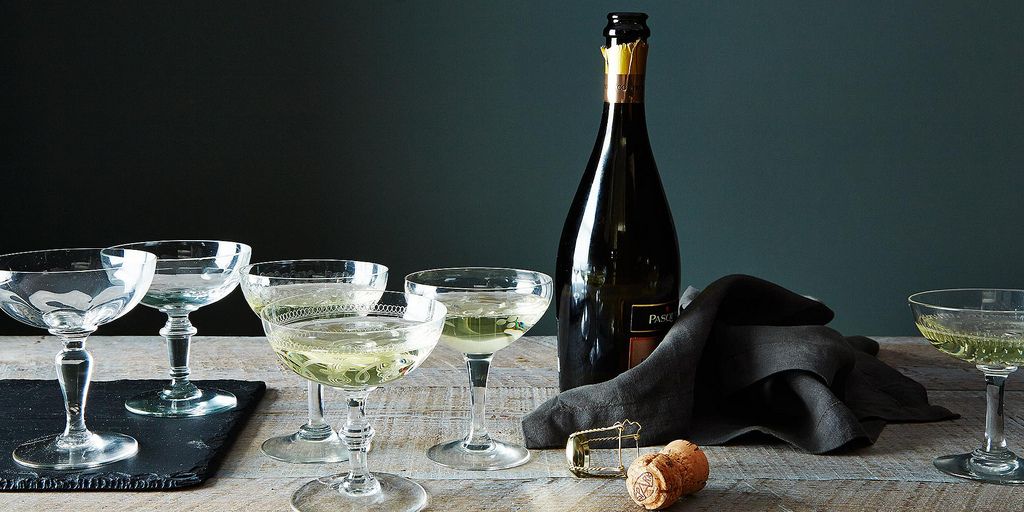 "Although red wine is safer than white, Champagne is the safest of all," Teague writes. We'd agree that a little bubbly goes a long way—it classes up just about any occassion and your host will thank you for adding some extra pop to the night (or day!). Teague suggests looking for bottles from lesser-known producers that might not be available everywhere as opposed to the big names—but don't limit yourself to French bubbles. There is no dearth of high-quality sparkling wines from other countries, including lively Italian prosecco or some earthy Spanish cava.

More: The history of the coupe, our favorite Champagne glass, makes for perfect party conversation.

4. Save that ultra-obscure bottle for friends.

Teague recalls bringing a bottle of "very good Moscato d’Asti" to a host who noticed only that it was a sparkling wine that was not Champagne. "He left it on the sideboard near the front door, didn’t thank me for the bottle, and clearly didn’t consider it a present—it was just too odd and too far outside his experience." It's probably best to save the Blaufränkisch or Gragnano for confidants and avoid gifting a wine that’s too far afield. 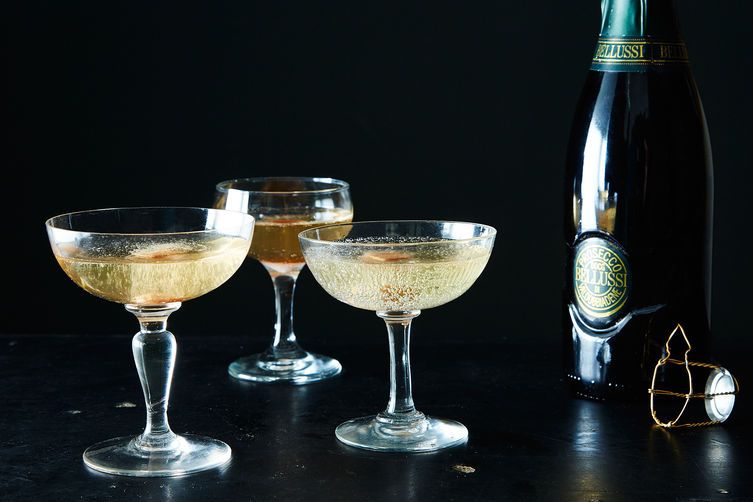 Gift sets are ubiquitous in wine stores—a bottle might come with a corkscrew, a pair of glasses, or even a picnic basket. "If anything is added to enhance the package, you can be fairly certain the producer of the wine is hoping that you’ll overlook what’s actually inside the bottle," Teague warns. "No wine that is worth drinking ever requires anything extra."

What's your favorite wine to give (or receive)? Tell us in the comments below!

Excerpted with permission from Wine in Words by Lettie Teague, Rizzoli ExLibris, (c) 2015. Illustration by Wasco, photos by James Ransom.

DMStenlake November 14, 2015
You may take a bottle or jeroboam but expect NOT to partake. It is a gift and may not be served. Very excellent idea for the cava, that bottle does look lovely and bubbles are always an excellent idea! Also,many wonderful prosecos to be enjoyed ! Cheers!????

Juliette M. May 3, 2015
Messina Hoff's Port of Call Ebony is amazing it is a sweet red dessert wine.

Juliette M. May 3, 2015
I prefer bringing a port or Sherry or any dessert wine... they are often overlooked.

Debbie M. April 26, 2015
I like to take a Pinot Noir.. for some reason I find that people who don't usually drink red wine will like a Pinot