The Top 10 Genius Recipes of All Time

From oven-fried chicken tricks to the most famous tomato sauce on the internet—these are your favorites.

Every week—often with your help—Food52 creative director Kristen Miglore is unearthing recipes that are nothing short of genius.

With Food52 hitting 10 years old, it's a fitting moment to look back at the all-time most popular recipes in Genius Recipes' history. It's been eight whole years since the column launched (I like to think of Genius as Food52's spunky kid sister) and there have been 354 of these puppies—but when it comes to recipes you (and we) turn to again and again, these are tops.

At Ovenly's bake shops, founders Agatha Kulaga and Erin Patinkin barely even advertise that they're vegan—because that's just a happy side effect of this easily-stirred-together, gooey wonder cookie. Everyone, vegan or no, loves them. 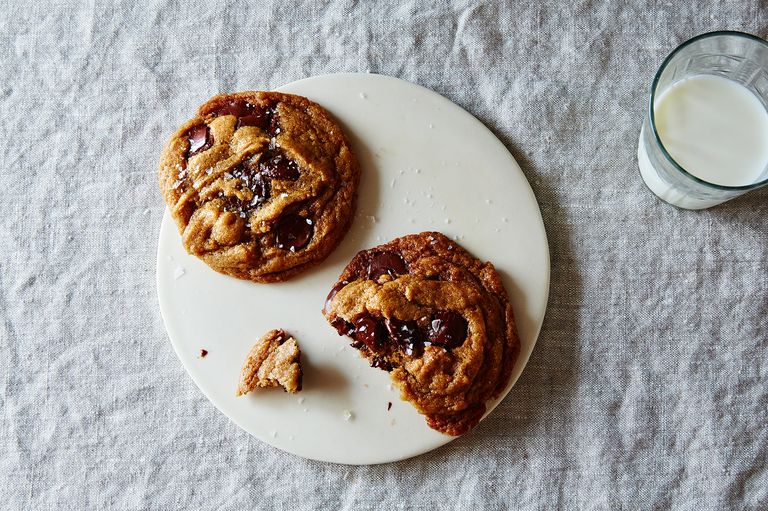 With this smart recipe from our co-founder Amanda Hesser's mother Judy, you can stick some chicken in a salty ice bath in the morning and come home from work to finish off the best fried chicken you can make—without actually frying (fun fact: the recipe only calls for two tablespoons of butter). 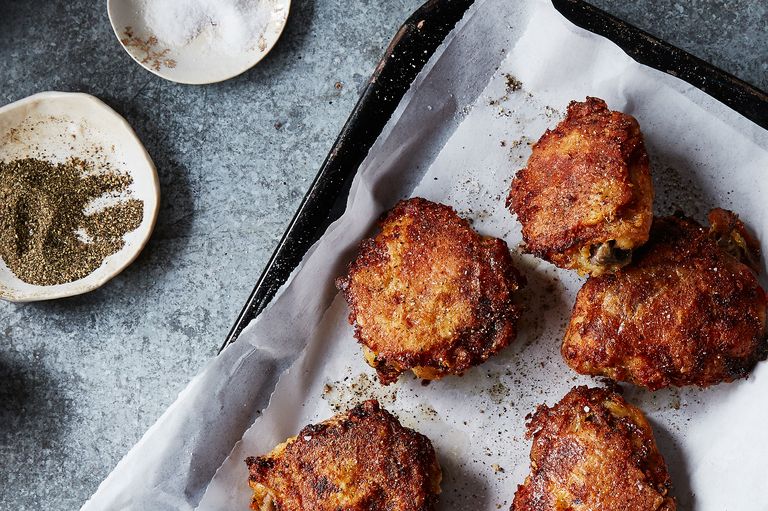 Unlike some traditional ratatouilles that call for cooking each vegetable separately (I wouldn't do that to you!) or layered, fancypants versions you may have seen at the movies, this one fusses only where it needs to fuss (over the eggplant). 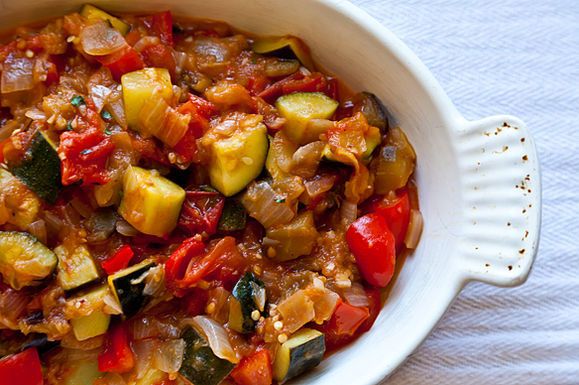 The sweet-salty twist on a classic North Carolina lemon pie that's as lazy and beachy as summer should be—and Bill Smith has started calling "that stupid pie" because it seems like it's all anyone wants to talk about. 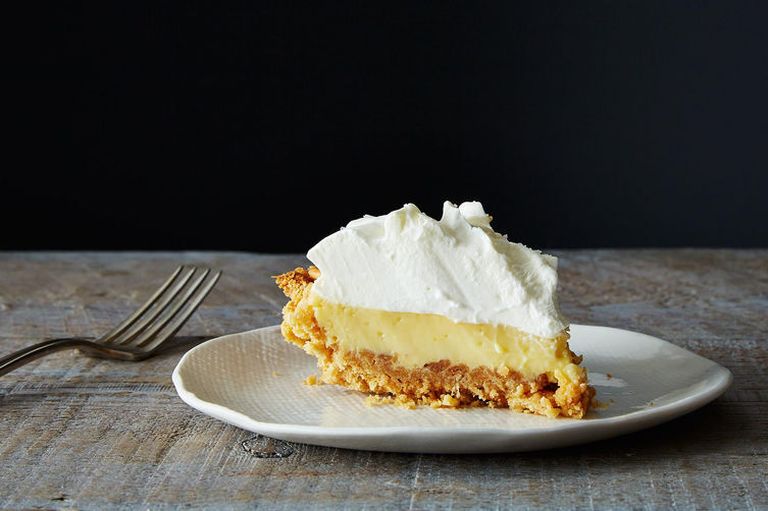 This recipe sounds like it should be terrible, frankly—it's made from caulflower, onion, and a whole lot of water. (Which is why I never would have found it without a tip from Simran and Stacie at A Little Yumminess.) But Paul Bertolli knows exactly how to make a vegetable become the best it can be, letting the natural pectin in cauliflower do the work, whipping up creamy and smooth as all get out. 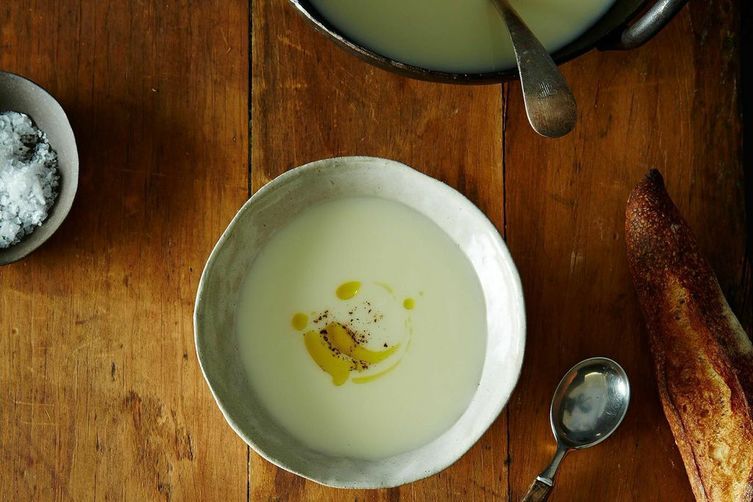 This is the ultra-smooth hummus that got a lot more people making their own hummus, thanks to this coup: Most from-scratch hummus recipes require simmering dried chickpeas for 1 1/2 to 2 hours. Ottolenghi and Tamimi's are done in 20 to 40 minutes. (Without having to peel the chickpeas by hand.) 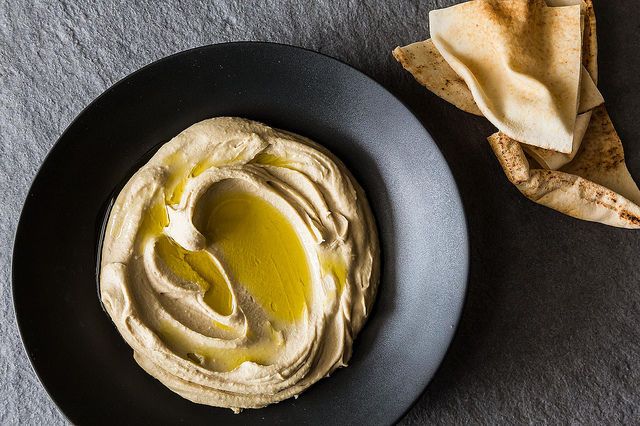 This is the perfect olive oil cake, which will ruin you for all others—and it only requires whisking a few things together. (No whipping, folding, or creaming needed when loosey-goosey olive oil is your star.) At Maialino, they also serve it in muffin form, and sometimes turn it into a birthday cake, layered with mascarpone buttercream. Either way, bonus points if you want to make Michelle Polzine's Slow-Roasted Strawberries you can see here (as buddied up in Genius Desserts). 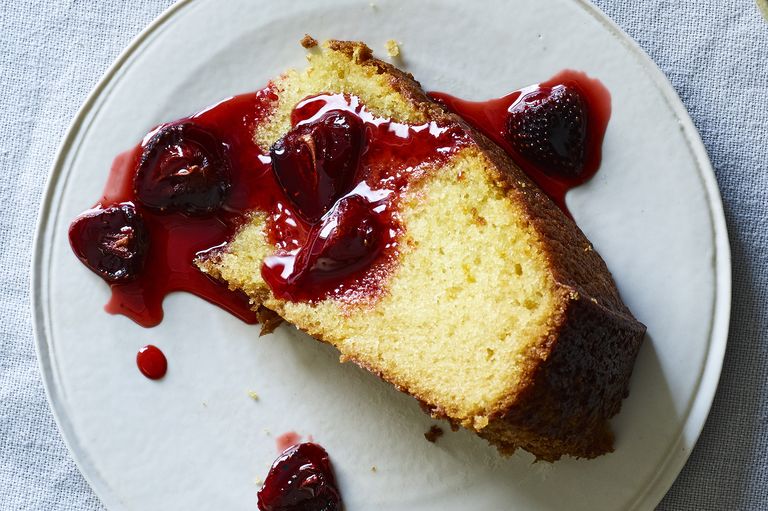 Make a batch of these on Sunday and you'll have the most thrilling breakfast-on-the-go / lunch perker-upper / late-night snack just chilling in your fridge all week. Or do as Christina Tosi says: "These eggs can be used in a thousand different ways: They are perfect on their own as a snack, or on an English muffin (eggs Benny setup), in pasta, or cut up and mixed into a salad." 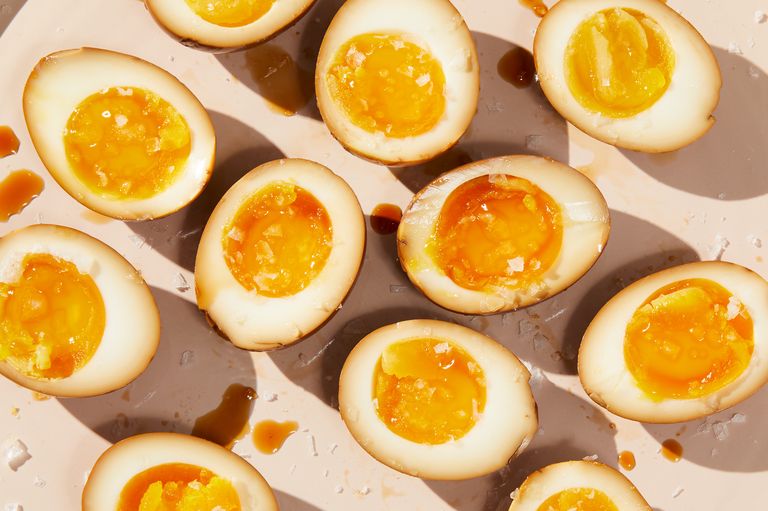 This pasta cooks entirely in one pan (without boiling water first) and makes its own sauce, all in about 9 minutes. For more on the story behind this internet-famous pasta (and how it came from a visit to the back of a restaurant in a tiny town in Italy, a few glasses of wine deep)—we have that, too. 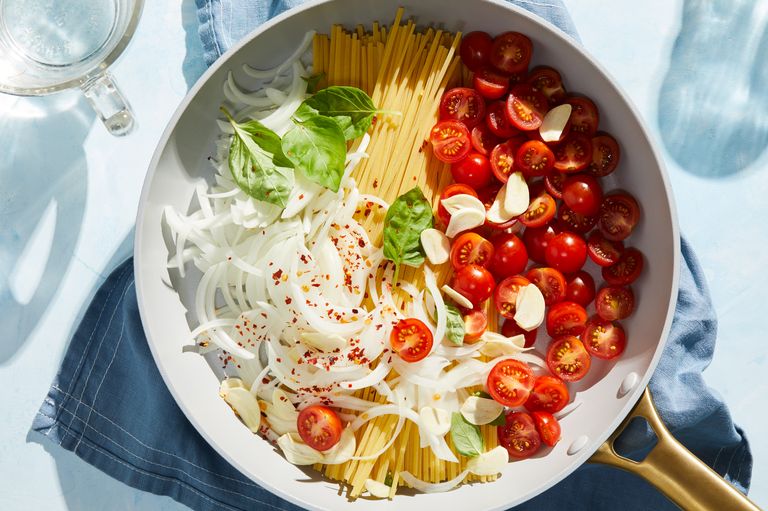 This is the recipe that started it all—in three ingredients, you can change the way you think about making pasta sauce forever. (Then tell all your friends about it.) 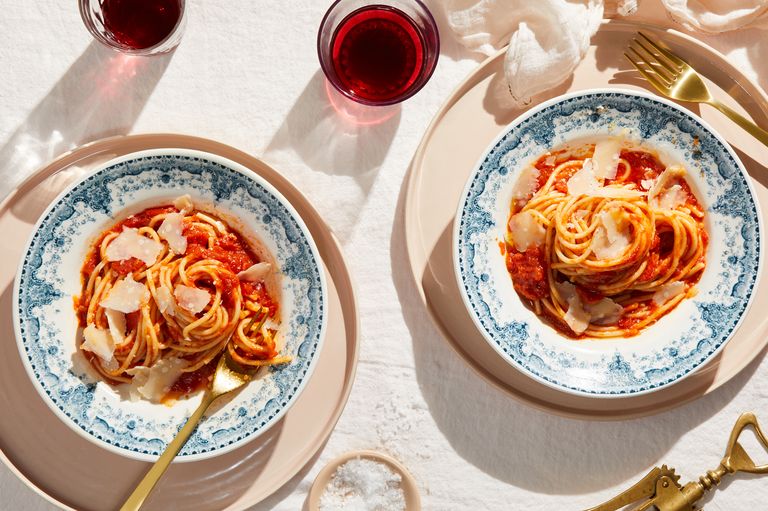 Tell us: Which Genius Recipes do you think should have made the top 10?

This article has been updated from an earlier version in 2015 to commemorate Food52's 10th anniversary (and to give some of the newer recipes a chance to shine!).

Shalimar L. October 3, 2019
The Oven-Fried Chicken for sure at our house. Gets absolutely devoured!

Virginia October 3, 2019
I have made 4 of them, Ratatouille, Hummus, One pan pasta and the Tomato sauce with onion. My favorite has been the ratatouille. I'll need to live 1 million years to try all the recipes I want to try. Most days we have something new.

John G. October 2, 2019
I think 15 second eggs should have made this. They're genius and fast. My girlfriend absolutely loves them.

Pam S. October 2, 2019
My favorite Genius Recipe (so far) is the Canal House Chicken Thighs with Lemon. 3 ingredients plus S&P. Simple and delicious!

judith M. October 2, 2019
Your site is SO disappointing. It’s a shop and repeat recipes from YEARS ago.

sarah September 16, 2016
Ina has a pasta recipe where you take cherry tomatoes and marinate them in olive oil, garlic, fresh basil, red pepper flakes, and s+p for hours. Then toss angel hair pasta in the mix, sprinkle with parmesan, and you're done. And the flavor is SO good that you wonder why in the world you never thought of it yourself. (Summer Garden Pasta, from her At Home cookbook - the pink one).

Lisa W. September 16, 2016
The blondies. Everyone loves them. It is a go to for me, especially if there's a time crunch. I weigh the brown sugar on top of the butter, set it on low to melt while the oven heats, & I weigh up the other ingredients, as well as chop the pecans. Once the butter/sugar mixture cools, I mix it all right up in the pot. So much to love about this recipe.

Ruth J. September 16, 2016
Julia Child's rice and zucchini casserole that uses the drained water from the zucchini is awesome and delicious and yes, Genius!

Janice T. September 16, 2016
How could you omit the INCREDIBLE Orange and Almond cake?

EO August 25, 2016
World Peace Cookies. Along with Marcella Hazan's Tomato Sauce, my top and most often made Genius recipe.

Upsidedownpineapple August 25, 2016
Richard Olney's Chicken Gratin is my absolute favorite, it's beautiful when done with a plump corn fed chicken. Decadent and delightful!

702551 August 2, 2016
The Paul Bertolli version of ratatouille from the earlier "Chez Panisse Cooking" is better than Waters' later version which is really just has a bunch of shortcuts. Bertolli was Waters' best chef de cuisine and a superb writer.

Bertolli bakes his eggplant rather than sauteing it to avoid excessive oil absorption; this is classic Bertolli attention to detail. In the recipe headnote, Bertolli correctly states that the recipe is simply a sequence of very simple steps.

Personally, I would omit the olives and capers that Bertolli calls for in his version but I would not hesitate to eat his version if served to me.

SophieL June 1, 2015
My favorite Genius Recipe is Nancy Silverton's Whipped Cream (adding sour cream). It's hardly a recipe but it is truly genius - because it really works! - and I am so glad it made it into the cookbook. I have been printing out all the Genius Recipes through the years and now they're all in one place.