Today: Good cast iron, if taken care of properly, will outlive us all. Kent Rollins, chuck wagon cook and author of A Taste of Cowboy, tells us why cast iron is an essential tool in any kitchen and how to take care of it. 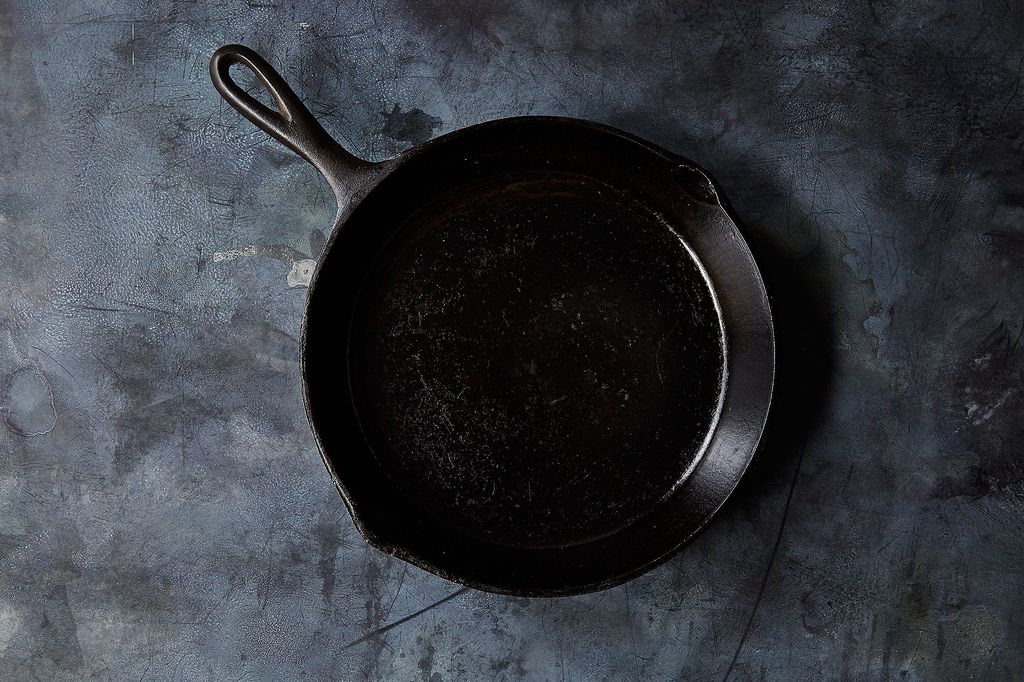 Cooking fads come and go, but this kitchen tool has literally been around for centuries tracing back to the Han Dynasty, and it sure isn’t going anywhere anytime soon. The cast we know and use today was developed in the 1800s by companies like Griswold and Wagner Ware, both of which went out of business in the mid 1950s. But, if you ever run across any of those brands, and you wouldn’t have to mortgage the house to buy it, pick it up because it’s some of the best ever made. You can also find quality, new cast iron from companies like Lodge. Just be sure the cast is made in American, which will ensure its purity and even heating.

I’ve been using cast iron, including skillets and Dutch ovens, for years. It’s actually a necessity in my business as a chuck wagon cook. Cooking on ranches for cowboys means no electricity and the only heat source is firewood. All of our baking is done in Dutch ovens over mesquite coals along with frying and grilling on our wood-burning stove we lovingly call Bertha. Just like that old chuck wagon of mine, cast iron has never let me down. It can withstand the outdoor elements and still serve up hearty, full-flavored meals time after time. 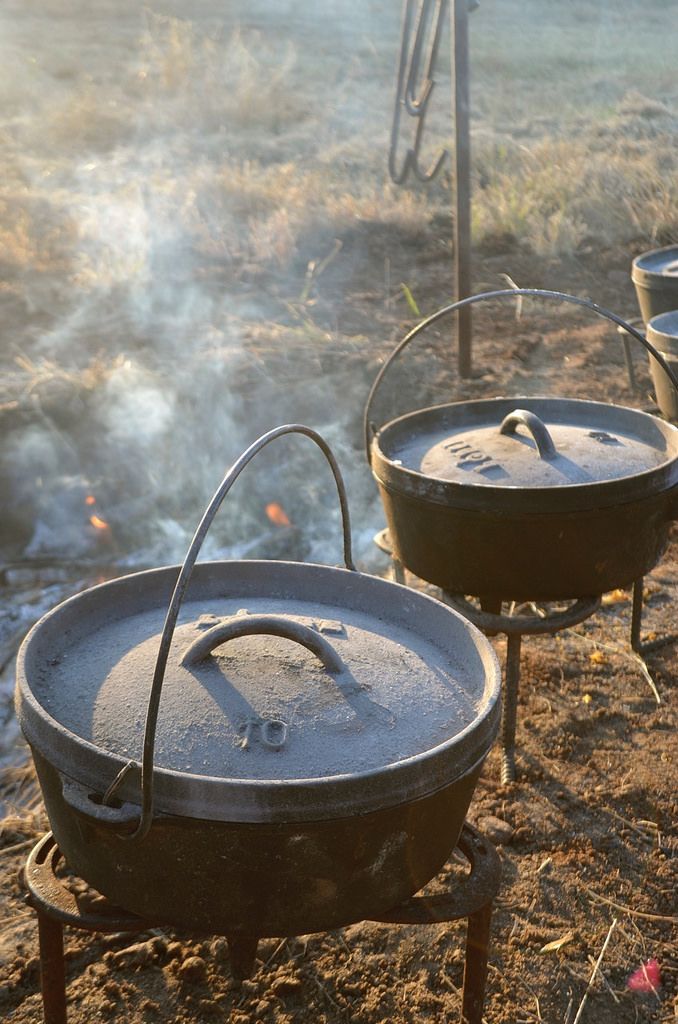 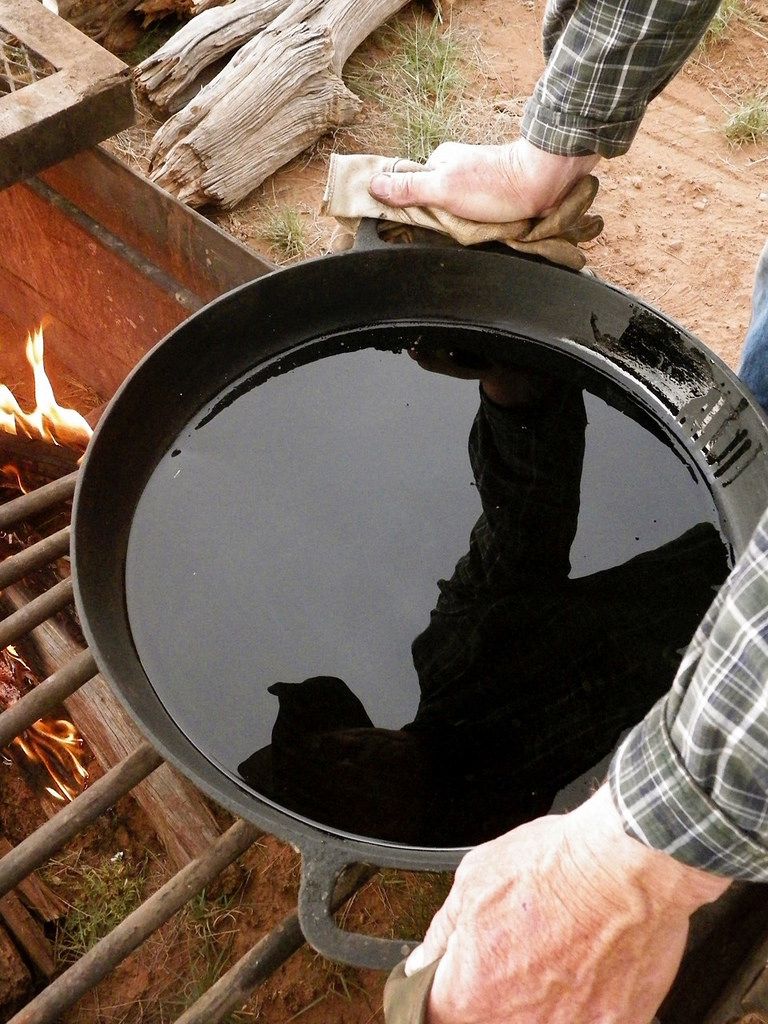 Cast iron is really more versatile than you realize. I’ve seen my mother use a cast iron skillet to flatten steak as well as tenderize with it. And us kids knew to beware of a woman waving a cast iron skillet over her head! I too have used it as a dough masher, a template for pie crust, and even as a warning that wind is picking up. You see, if the wind gusts get high enough to topple my Dutch ovens, you best head for cover!

To some folks, cast iron is intimidating, but it’s just like anything else—with a little practice and patience, you can start appreciating cast iron for its versatility and outstanding cooking ability. Like I’ve always said, “The only time you should fear cast iron is if someone is fittin’ to hit you with it!”

Good cast iron has excellent heat retention and heats evenly. It can also withstand high temperatures without damage. As long as cast iron is high quality and isn’t cracked, it can always be brought back to life from rust, buildup, etc. It just takes a little love and elbow grease. The more food it cooks and the more use it sees, the better cast iron performs and flavors your food. After cooking on the pan lots, your body can actually absorb iron from it.

There are many methods to clean cast iron out there, but I have been using this method for over 30 years and it hasn’t failed me yet. Cleaning cast iron typically only requires hot water. If you’ve got a sticky situation, let the cast soak or use a wooden spoon to scrape the residue. You can also place the piece in a fire or in an oven on a “self clean” cycle until the burnt pieces and residue release. 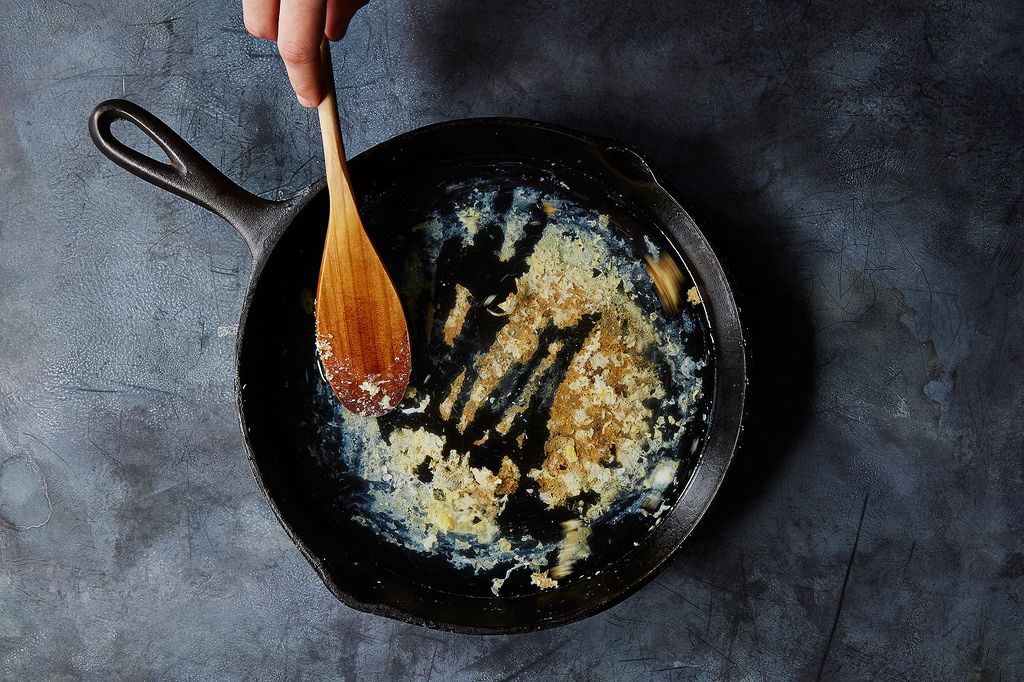 Seasoning is extremely important because it helps protect your iron and builds a great flavor. After cleaning with hot water, place the cast over a heat source and warm to around 200° F, or until all the water has evaporated. The piece has to be warm to allow the pores to open and accept the seasoning. 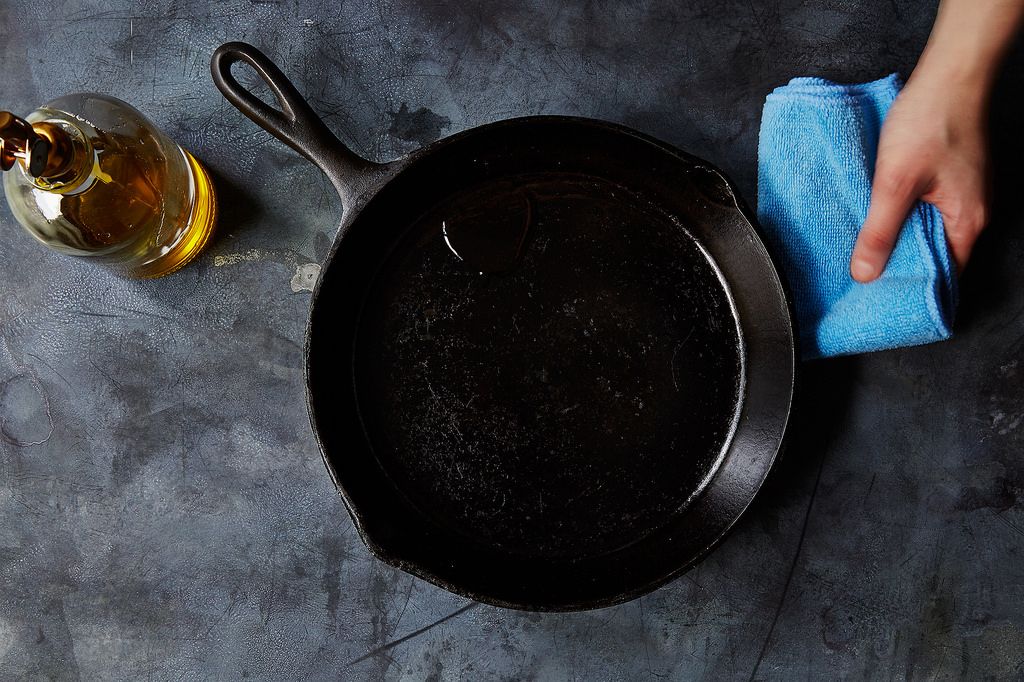 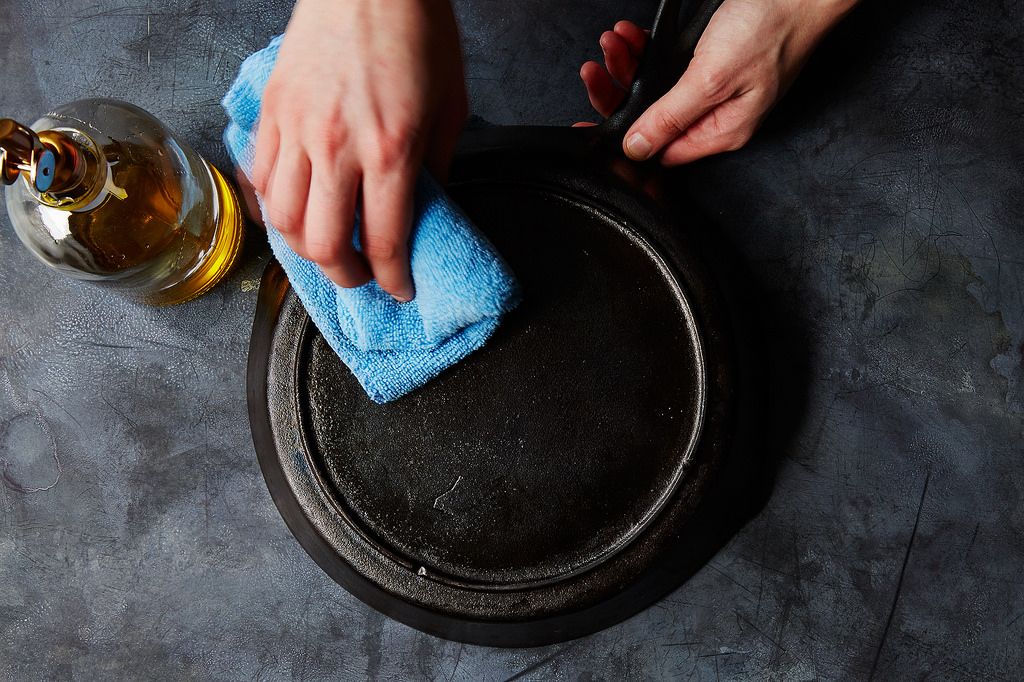 Wipe a small dab of olive oil around the cast with a clean, lint-free cloth (preferably not paper towel). I use olive oil because it holds up better, particularly in warmer climates when lard or vegetable oils can become rancid over time. Just use enough oil to create a light coating. You don’t want an oil slick because this will cause an oil buildup and food to stick. Be sure to reseason after each use.

Be sure to rinse newly purchased cast iron well upon first use. To build a great seasoning faster, fry potatoes and bacon the first couple times to help flavor your cast. Much of the new cast iron is pre-seasoned, which results in a gritty texture. This will go away with use, but I like to buff the cast to a smooth finish with coarse salt or emery cloth to create a nonstick finish faster. And if you find a piece with rust, you can use a combination of coarse salt, vinegar, and baking soda to buff the rust out. Do not expose cast iron to extreme temperature changes because this will cause cracking. Always gradually warm and cool cast iron. Lastly, do not boil water in cast iron. Boiling water will cause the seasoning to release and also get in your food.

Second and third photos by Shannon Keller Rollins; all others by Bobbi Lin.

Fred March 16, 2019
I doubt any real cowboy would use nasty olive oil on anything.

David E. December 28, 2018
Mr. Rollins, just received your cookbook (A Taste if Cowboy) for Christmas--can't wait to try some of your recipes. Plan to start with your chicken fried steak recipe first. Love to hear you share your faith.
Mega Blessings to you and yours. David England

serendipity C. January 25, 2017
The best way I have found to remove heavy rust on cast Iron is to use oven cleaner. Yep just oven cleaning spray. Just spray the pan with the oven cleaner and place it in a plastic grocery sac. I set it out on my covered back porch to release any fumes for a a day or so and let the oven cleaner do it's magic. There will be no scrubbing needed to remove the rust. Just rinse in hot water, wash it with soap, thoroughly dry and season. You will not believe how well this works! I had to do this to some cast iron I was given by my grandmother that she had sitting and rusting for close to 15 years!

Laurence C. September 1, 2016
Hi Kent,
You say one should never boil water in cast iron. I've simmered many a sausage and potato mixture over a campfire - is that okay or is it to be avoided? Or is it something I should do only with enamel cast iron?
Thank you!

Karla W. April 21, 2015
Haha, I'll have to remember this great saying!: “The only time you should fear cast iron is if someone is fittin’ to hit you with it!”
Thanks for that; I love my cast iron!

Michael April 21, 2015
1 - Here is the best article ever on seasoning cast iron:
http://sherylcanter.com/wordpress/2010/01/a-science-based-technique-for-seasoning-cast-iron/

2 - it's a myth that using soap will wash away the seasoning - properly done, the seasoning on a pan is a polymer and it will no longer be reactive to surfactants. You can, however, scrub the seasoning off if you use something too abrasive or scrub too hard.

Mark F. April 21, 2015
The gritty texture of new cast iron is most definitely NOT from the pre-seasoning. It's caused by the casting method. No amount of buffing with salt will smooth it out.

Kent R. April 21, 2015
Hi mark depending on the condition salt can work but I've also used a sander which will get a smooth finish just have to build up your seasoning again

doneitall72 June 19, 2021
Kent, I've been cooking with cast for years; primarily using my grandmother's tools. But I always wanted to get the new Lodge cast pieces to get the same icy smooth surface without waiting 100 years. Using you palm sander techniques, I'm almost there. 100 years of use in 3 or 4 grinding sessions.